You are here: Home / Featured / Election campaign heats up: Morning File, Tuesday, May 9, 2017 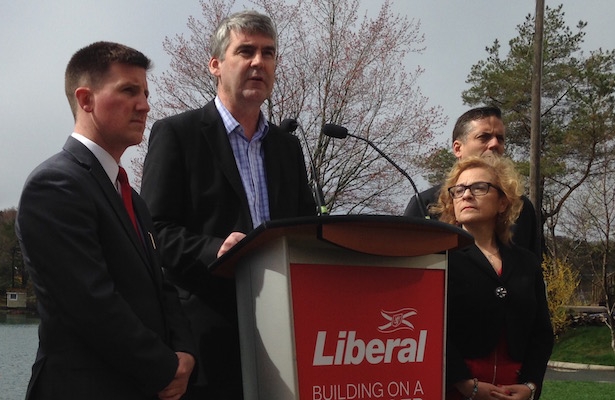 According to the National Forestry Database using figures supplied by the province, in 2015 clearcutting was estimated at 89 per cent on the combined total of Crown and privately-owned land.

“It’s good to see them acknowledge there is a problem with forestry practices,” commented Raymond Plourde, wilderness coordinator with the Ecology Action Centre. “But we’ve already had a massive, exhaustive independent public review of forestry practices. In fact, we’ve had two or three in recent years: The Natural Resources Strategy, the Western Crown Land Planning Process, and the Panuke Lake Harvest review. They all said essentially the same things: harvesting practices are poor and unacceptable and must be changed by improving regulations. We don’t need another review. We just need a government with the backbone to implement the policies already developed through a highly-credible public policy process and already promised to the public.”

Journalists asked McNeil why another review was being undertaken and how long that would take. He ducked. 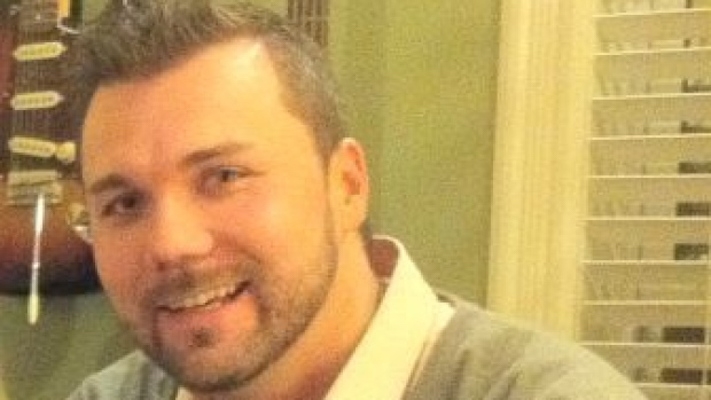 The Liberal campaign issued this statement this morning:

The following is a campaign statement from Michael Mercer, campaign director:

“This morning, Kyley Harris voluntarily offered to step away from the campaign. The Liberal Party of Nova Scotia accepted and Mr. Harris is no longer working on the Liberal campaign.”

You’ll recall that in 2014, when he was working as the Liberals’ communication director, Harris was convicted on a domestic assault charge. He was subsequently fired, but was recently quietly rehired onto the campaign team.

In a letter released to the press, Harris writes:

Despite my efforts to make amends and move on from a mistake I made three years ago to the day, it is clear that is not possible in the current political climate.

While I can readily accept that I continue to be punished for my actions on that night in 2014, I will not allow my colleagues, this organization or its leader Stephen McNeil to bear that burden any longer.

I deeply appreciate the second chance I was given to be a contributing member of the campaign and Liberal family — that the opportunity was offered to me in the first place is a testament to the character and humanity of Stephen McNeil. It is rare for anyone — let alone a politician seeking re-election — to have shown the bravery and loyalty Stephen has shown me throughout my efforts to rebuild my life from what was a grievous error in judgment.

“The Nova Scotia Liberals say they have dropped a candidate after he allegedly made inappropriate social media commentary,” reports the Canadian Press:

MacKnight was dropped when this tweet from 2013 was made public: 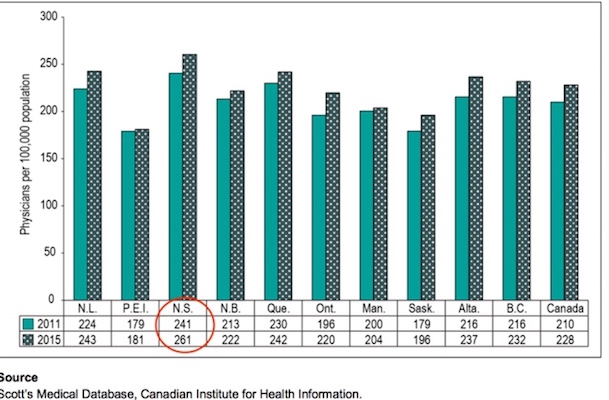 At 261 doctors per 100,000 residents, Nova Scotia has more doctors per capita than any other Canadian province, notes Bill Turpin:

However, there are subtleties to this that will never be discussed in an election campaign, if ever. For example, Doctors NS argues the high ratio here is driven by the need to treat patients from other Atlantic Provinces. Perhaps, but other provinces will have unique challenges, too, such as vast territories to cover.

Besides which, as Turpin notes, the figure in France is 330, and in Italy 420. Stephen Kimber chimes in in the comments, saying that in Cuba the number is 591.

Turpin is right about the subtleties. There’s not a direct correlation between the number of doctors and general health — What if half the doctors specialize in cosmetic plastic surgery? What if there are too many brain surgeons and not enough heart surgeons?

What we do know is that no matter what the per capita number of doctors is, and no matter how it compares to other jurisdictions, there aren’t enough family doctors. That’s because in the long term family doctors reduce overall health care costs, as illness is identified and treated earlier.

In terms of health, we can do many things to reduce costs, starting with concentrating on providing opportunities for people to get off their butts, or what’s now called “active living.” Designing walkable and cyclable neighbourhoods and cities and down-playing the role of the car has a direct monetary connection to health care costs — every time you see a bike path you should think, “ah, they’re reducing tax expenditures.” Providing and encouraging participation in sports and recreation also improves societal health, and therefore reduces health care costs.

I’m either amused or irritated by the bureaucratic tendency to lengthen the name of public programs in an effort to, I don’t know, placate people? So we don’t just have a Freedom of Information Act; we have a Freedom of Information and Protection of Privacy Act, in case anyone is thinking about getting uppity. We can’t have a perfectly descriptive and succinct Public Works Department, but rather a Department of Transportation and Infrastructure Renewal. And on and on — some of the university department names are entire paragraphs.

The one exception to my irritation is the Department of Health and Wellness, because the two really are intrinsically linked. If we are more effective at getting people “well,” we’ll have less to do on the “health” front.

Unfortunately, the sort of long-term investments needed to improve overall health usually take longer to get a financial return than the four years a government will be sitting, and so politicians aren’t much talking about them. Why should a governing party provide funding for, say, a decent active transportation trail connecting Bedford and Burnside, when the budget savings of reduced health costs won’t materialize until some other party has formed government? And so we get less and less healthier, health care costs continue to increase, and we throw money only at the symptoms, not the underlying causes. 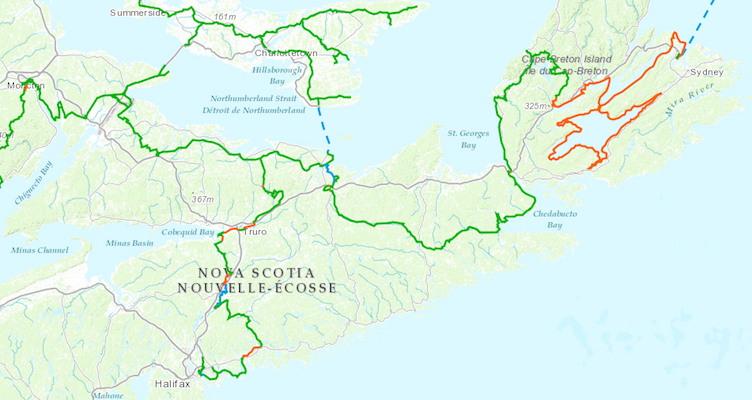 I was curious about the Trans Canada Trail, which is supposed to be complete by Canada Day of this year, but I can’t tell if that deadline will be met in Nova Scotia.

To its credit, the Liberal government has funded some trail construction — notably, for the Gaetz Brook Connector, but I’m not seeing any announcements about other uncompleted segments of the Trans Canada Trail, like the Acadia Marsh Greenway.

“A former government lawyer in Nova Scotia who presented a controversial legal brief in court implying that the Mi’kmaq are a conquered people plans to sue Premier Stephen McNeil, Justice Minister Diana Whalen and the attorney general’s office,” reports Frances Willick for the CBC:

According to [Alex] Cameron’s affidavit, he intends to sue McNeil, Whalen and the attorney general’s office for defamation, abuse of public office, constitutional violation and constructive dismissal.

Cameron was acting as a lawyer on behalf of the government last year in a case that pitted the province against the Sipekne’Katik First Nation.

During the case, Cameron presented a brief that said the Crown was only obliged to consult with “unconquered people,” and that a band’s submission to the Crown in 1760 negated its claim of sovereignty, meaning the government did not have a constitutional duty to consult.

After the brief was presented, McNeil apologized for it and the defence was later removed. 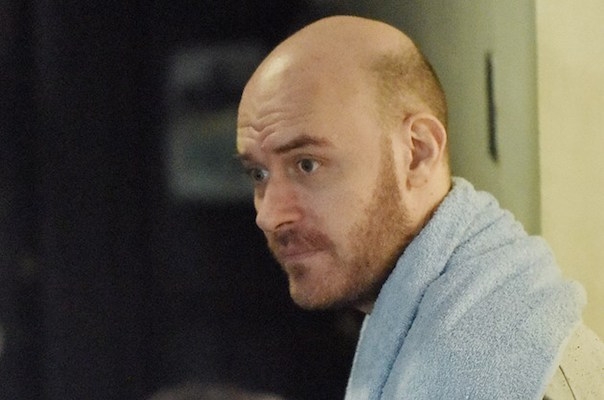 This is the scene of Terry Marriott Jr.’s death in a basement TV room on February 20, 2009, a jury in Nova Scotia Supreme Court heard Monday.

In the first-degree murder trial against Jimmy Melvin Jr., the star witness described a bloody scene at a home in Harrietsfield, a rural community on the outskirts of Halifax.

“There was blood everywhere,” Derek Thomas MacPhee told the jury of eight women and six men. “There was a hole in the side of his head … his face was all distorted.”

MacPhee is in witness protection and received immunity in exchange for testifying. 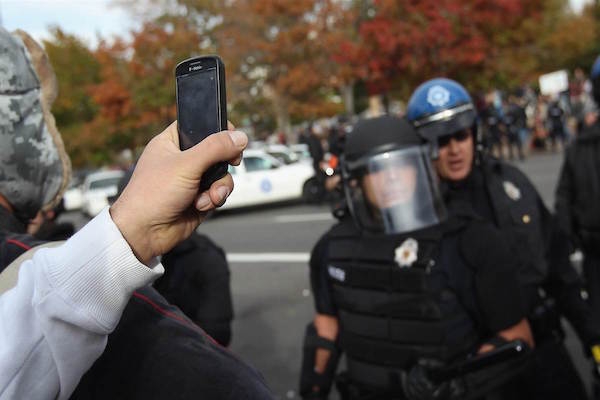 The Serious Incident Response Team said Monday a man told them he had taken video of a friend’s April 27 arrest for public intoxication.

The man said he was also arrested on the same charge, and when his phone was returned to him the next morning, the video had been removed.

Video recording police is legal in Canada, so long as you are not interfering with their work. If people want to avoid the possibility that their videos will be erased by the police, they should use Facebook Live or Periscope, both of which put videos live on the internet and archive them independently from your phone. In the U.S. there are a number of apps that save videos to the internet as they’re being recorded without publishing them, but I’m not sure if they operate in Canada. Some smart reader will tell us if they do.