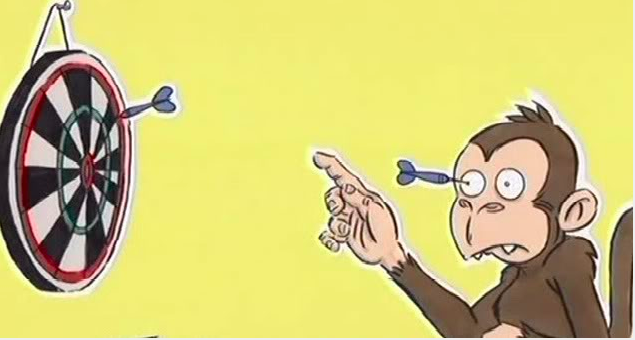 About half of the workplace fatalities in Nova Scotia happen in the fishing industry.

Auditor general Larry Munroe issued a report yesterday, A Performance Review of HRM’s Equipment Fuel Program, which garnered the predicted (by me) media response. I put the issue in context of the city’s history of financial scandal, and conclude that things really aren’t so bad at City Hall nowadays. That article is behind the Examiner’s pay wall, and so available only to paid subscribers, an exclusive club of attractive and intelligent people you can join by clicking here.

Chronicle Herald reporter Sherri Borden should be congratulated for investigating conditions at the Burnside jail. This is good work.

Welding together a bunch of pieces of metal to sit in the middle of the ocean will solve everything, says BMO. Reports the Chronicle Herald:

Statistics indicate Halifax’s unemployment rate now is at the same 5.8 per cent level that it was in early 2012, the report said.

BMO expects that rate to drop to around five per cent because of the additional jobs created by the shipbuilding contract and related spinoffs, as well as growth in other industries.

Do economists ever get judged on the quality of their past predictions, or are these press releases just marketing tools to get business people to buy the bank’s publications?

FWIW, Robert Kavcic, the author of the report, has made past predictions. In 2008, as the world economy was collapsing, Kavcic predicted that GDP in Ontario would grow at a rate of 0.9 percent. It actually fell by 0.5 percent.

My rule for economists is this: if they didn’t predict the global financial collapse of 2008, then I pay them no more heed than I pay predictions gathered by a monkey throwing darts at a dartboard.

A naked person was running around town last month, and the cops and press are still making an issue of it, like it’s a crime. That’s one sleepy town, if this is what they get worked up about.

Police have decided not to lay charges against the driver of the truck that drove over and killed Johanna Dean as she bicycled along Windmill Road in May.

Relatedly, there have been 165 vehicle collisions with pedestrian or bicycles from January through August of this year. If last year is any indication, we’re about to have a bunch more pedestrians get hit: 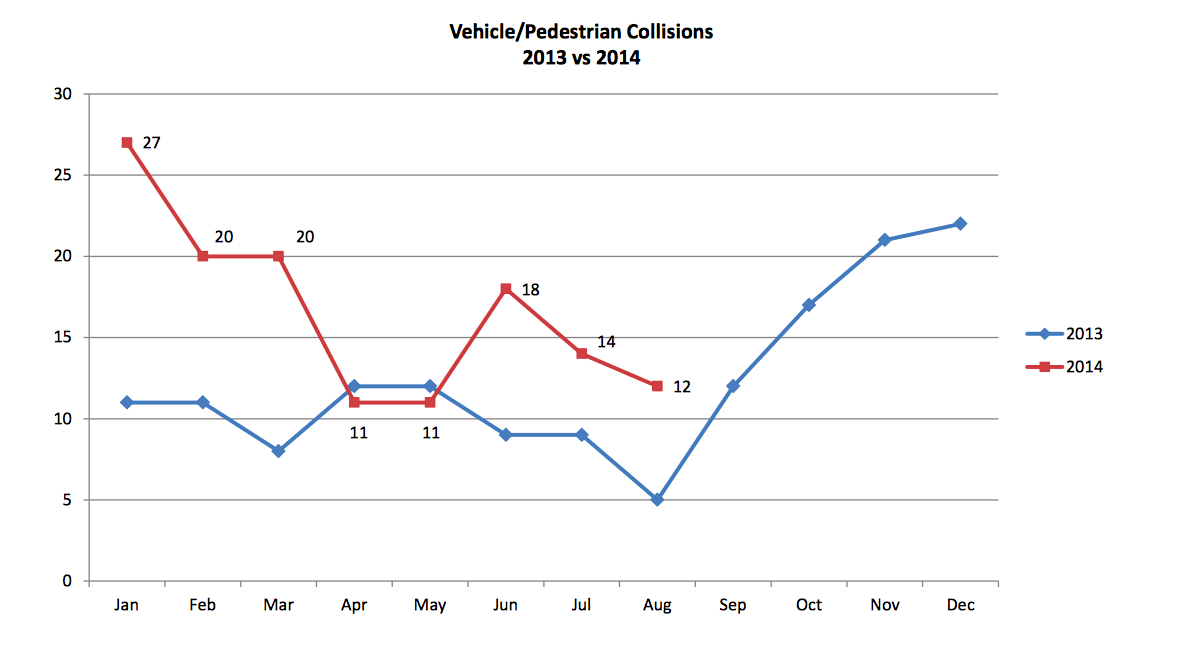 2. Shots of Jager all around

3. “Corporate Social Responsibility” Is a Crock

Crosswalk Safety Advisory Committee (10am, City Hall)—The Distractions Kill campaign will be replaced by a Heads Up Halifax campaign.

Active Transportation Advisory Committee (4pm, City Hall)—None of the reports have been posted on the city’s website, so it’s anyone’s guess what the committee will discuss.

Sackville Landfill Leachate Plant—public meeting (6pm, Springfield Lake Recreation Centre, 266 Lakeview Ave, Sackville)—bring popcorn, because there will be drama. I can’t make this one, but I’ll try to catch the second meeting next week and report back.

Biochemistry & Molecular Biology Seminar (4pm, Theatre D, CRC Building)—Michael Lee, a prof in the School of Biomedical Engineering and Department of Applied Oral Sciences, will talk on “The Nano-scale View of Soft Tissue Injuries: Discrete Plasticity in Collagen and Structural Cueing of Cells.”

ESS Thursday Night Lecture Series (7pm, Ondaatje Auditorium, McCain building)—I have no idea what ESS stands for, but whatever it is will cause Heather Menzies, a prof at Carleton University, to talk about her book Reclaiming the Commons for the Common Good, which “offers a detailed descirption of the self-organizing, self-governing and self-informing practices of the pre-modern commons that could be revived today. She identifies pivotal commons practices and draws a number of current popular initiatives into the commoning frame—such as local food security, permaculture, and the Occupy Movement.”

“The Yellow Ticket” (8pm, Sir James Dunn Theatre, Dalhousie Arts Centre)—”This multimedia event brings together live, original music and silent film to tell a story of perseverance and strength in the face of ethnic and religious discrimination. The score by famed Klezmer fiddlist and vocalist Alicia Svigals, with accompaniment by Canadian virtuoso pianist Marilyn Lerner, adds a thrilling new dimension to this 1918 film about a young Jewish woman who, due to anti-Semitic laws, must lead a double life in a brothel while attending medical school in Tsarist Russia.”

I recently stumbled upon The History of the Nova Scotia Federation of Agriculture, which is a worthy read in its entirety, but I especially liked this part:

When the votes were counted on July 27, 1920, the United Farmers had won seven seats, enough to form the official opposition, despite having only nominated fifteen candidates. Daniel G. MacKenzie, a successful farmer and one-time businessman and school-teacher from Malagash, was appointed party and opposition leader.

But the sweetness of victory did not take long to sour. That autumn Major Hugh Dickson, one of the founders of the new party, lost to a Liberal in a Colchester by-election. Then, the following year, Premier Murray skillfully brought discredit on the party when he announced that a recently discovered surplus would be divided among members of the legislature. Only one member of the United Farmers refused his share of the money, and the party’s reputation for honesty and integrity was shattered. Later that session another scandal rocked the party when it was revealed that MacKenzie had secretly accepted a government salary of $500. A series of defections followed and by 1925 the United Farmers of Nova Scotia had virtually ceased to exist.

BP Exploration has concluded for the year, and the survey vessels will now redeploy to other points around the world.

Continuing our look at the record of cruise ships visiting Halifax….

The Veendam has had a particularly bad run recently. In 2011, a 61-year-old woman passenger on the ship died, as 86 other passengers were suffering from a gastroenteritis illness on the ship. The cruise line claimed that the woman died from other causes, but a Brazillian newspaper said that she died from “suspected food poisoning.”

In 2012, the Veendam flunked a US Centres for Disease Control inspection, although it has passed more recent inspections.

That fall, 70-year-old Sarah Tessier Powell went missing from the ship, somewhere in Canada, maybe in Quebec, or Charlottetown, or Sydney, or Halifax. “Police said they do not suspect foul play in Powell’s disappearance and think she may have walked off the ship without being checked by security,” reported the CBC. “How on earth is that possible? ” asks lawyer Jim Walker. “Passenger gangways are supposed to be heavily monitored by security with each passenger’s sea pass card scanned and the gangways always covered by closed circuit television cameras.”

I started writing about the record of cruise ships yesterday. This morning, Peter Ziobrowski, who collects the ships’ arrivals and departures for me, tells me that cruise ships aren’t the only boats with poor environmental records. The tug boat Charlene Hunt was in dubious shape, which may have contributed to the Lubov Orlova incident (the “ghost ship” lost off Newfoundland). As well, the tug Craig Trans had a host of problems after making an emergency stop in Halifax, not the least of which was running out of food for its crew, just three days out to sea. The boat is now tied up at the old Scunda wharf in the Bedford Basin.

Amazingly, I could find no actual picture of a monkey throwing darts at a dartboard on the entire internet.