You are here: Home / Featured / Economic aid in Canada: How much will it help? 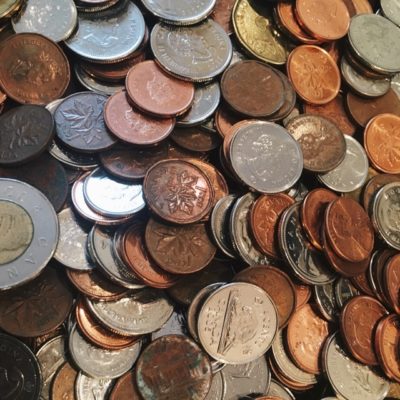 Photo by pina messina on Unsplash

The government of Canada announced its COVID-19 economic aid package on Wednesday, including the following measures:

For those who already qualify:

For those who don’t qualify: 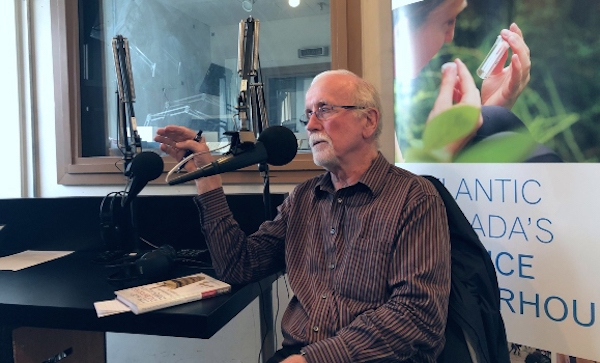 Will it be enough?

I called Lars Osberg, professor of economics at Dalhousie, to get his thoughts on the measures, the economic crisis the pandemic is causing, and what it might mean for the future.

“From what I’ve been able to see, it’s good with what they are doing,” says Osberg. “The question is whether it’s adequate to the task.”

Ultimately, Osberg was hoping for a more “permanent change” to the employment insurance system, which has been “inadequate for the needs of the labour market for quite some time,” he says.

“It was back in ’95, ’96 that the axe was taken to what was then called Unemployment Insurance. So the beneficiaries-to-unemployed ratio fell from somewhere in the 80% range to around 40%,” says Osberg.

Canada’s EI system just doesn’t provide the economic buffer it once did, with a low replacement rate (about 55% of wages up to $573 per week), and steep requirements for accumulated hours before qualifying, that drastically reduced the number of qualified workers.

“Its inadequacies don’t jump to the front until you have a really big crisis,” says Osberg. “You don’t need a safety net until you fall off the trapeze, right?”

Some of the changes are relatively small potatoes, says Osberg, like the waiving of the one week waiting period. “Among other things, it takes a little while after you apply for it before you get your check anyhow. And then in the last downturn, they got backlogged. So it can be a matter of several weeks.”

There’s a lot of details yet to come about the Emergency Care Benefit and Emergency Support Benefit. For the care benefit, the government has announced maximum payments of $450 per week, but no minimum levels, or indication of how the payments will be calculated or scale among workers. For the support benefit, no details at all have been provided as of publication time.

The maximum levels for the care benefit, Osberg points out, are only slightly above minimum wage levels. “For people who are at minimum wage or just a little bit above, it replaces a reasonable portion of their income,” says Osberg. But the median wage in Nova Scotia is higher – $20 in 2018 (higher for unionized workers and lower for non-unionized). “So there are some people who will find it adequate, but for most of the labour force, that’s going to be a pretty low replacement rate.”

Some of the other measures are building on basic-income-style supplement programs, though relatively small ones, like the GST credit and the Child Tax Credit, which many consider as basic income guarantee for children. The bumps to these programs are also being announced as one-off, temporary measures. “I think there’s a reason why they’re putting a little bit of money into the tax credit and the child benefit,” says Osberg, “because it will be hard to roll back those increases in future years.”

More permanent changes may be still to come, of course. “Perhaps it’s the speed of the impact,” says Osberg, and the government is still at work on something more structural and permanent. “I would have hoped that there’d be a much bigger impact to the employment insurance system. And they’re building it on existing quasi-basic income things like the sales tax credit. I would have hoped that they would have bumped that up significantly.”

“If you did that,” says Osberg, “then you would be saying here is not just Band-Aid for the immediate cut, but also some assurance that you can have some income security in the longer term.”

“If we think in terms of a political economy,” says Osberg, “the longer this goes goes on, the more people are going to start to question the structure of the system that they live in. You know, the fact that in Canada, the unemployment insurance system — which used to provide a safety net to like 80% of the unemployed — got cut back and wasn’t restored. And that we actually need some sort of safety net for big bad events like this one.”

“This crisis, I think, will actually last a while before all that really starts to build up a head of political pressure. Now, people are kind of in shock, right? It’s just happening so fast and we haven’t nearly hit bottom yet.”

Harder on the poor

“Recessions in general hammer people at the bottom of the income distribution much more than at the top,” says Osberg, pointing out that most civil servants, corporate workers — and yes, university professors — have salaried jobs that continue, “whether there’s boomtime or a recession… It’s always the people who get laid off when the factory closes or whose income drops because they can’t get enough working hours — they’re the people who get hammered.”

“The people at the very bottom of the pyramid are of course homeless people for whom this becomes, you know, an unbelievable crisis,” says Osberg. “It’s all very well to say, you know, stay at home, but you have to have a home, right?”

There are the considerable challenges for shelters to allow for social distancing, and the near- impossibility for homeless people to self-isolate. “And then, you know, places where homeless people could get out of the cold during the day, like the public library, are closed, right. So what do they do?”

The government measures do include a number of targeted funding injections, among which are:

In order to fully appreciate the economic crisis brought on by COVID-19, Osberg first points backward, to the last three major recessions, in the early 80s, early 90s and 2008-2009.

Those started in the financial sector and took some time to “trickle out into the economy,” says Osberg. He points out that even the technical definition of a recession — two consecutive quarters of negative GDP growth — is barely relevant to the current crisis. If you compare that definition of six months of negative growth with what we’ve seen over the last couple of weeks, it’s like you’re talking different universes, right?”

Past recessions have also typically affected countries differently, and different sectors of the economy at different times. “It’s not like we’ve observed here where all these sectors are being affected dramatically over such a short period of time,” says Osberg. “In this case, we’ve got the suddenness, the severity and the synchronization of the downturn all, you know, at unprecedented levels.”

This is all the more highlighting the inadequacy of the economic support systems we have in place to help through economic crisis. “The idea that it is pretty slow impact, you know, is kind of baked into the system.”

“This idea that you defer tax payments for six months,” says Osberg, “it’s the bulk of the $82 billion.” But a deferral mechanism makes more sense in the short term. The deferral does provide “an injection of purchasing power into the economy,” says Osberg, “which is appropriate if you only have a very short term shock. And that’s a very optimistic scenario.”

The same goes for payment deferrals being offered by mortgage banks and utilities. If this all means that in six months’ time people will need to double up on payments that start to come due, then we are actually postponing the economic shock.

“It’s just coming out of your pocket a little bit down the road, which is when we would have hoped that there would be a recovery phase from the short, sharp recession,” says Osberg. “So if you only spend in the short term, you only get very short term results.”

What about just giving everyone money?

Currently both Republican and Democrat leaders in the US are proposing various plans that would see blanket cash payments sent out to all Americans, or all Americans with incomes below a threshold. Even the Trump administration is on board. Vox’s Dylan Matthews reports that Treasury Secretary Steven Mnuchin said on Tuesday, “Americans need to get cash now and the president wants to get cash now, and I mean now — in the next two weeks.”

Payments in the range of $1,000 to $2,000 per person are being considered. I ask Osberg how the Canadian government’s targeted plan compares to what the US is considering.

“In terms of having an impact on the immediate aggregate demand problem,” says Osberg, “if you can spend the same amount of money in a targeted way, then you’re probably going to get more consumer spending out of it. But the thing is that if you send it to everybody, you can send out more money,” because it is more politically palatable. “And that’s what it seems the Americans are thinking about doing.”

Can we afford it?

In a word, yes. “We can afford it,” says Osberg. “You can print money if you want to. What you can’t afford is for the real economy to implode.”

The question is not so much about affordability now, but who will pay in the long run. “We’re in an unprecedentedly large shock to the economy, in a situation where it was previously vulnerable in any event. So there’s an awful lot of big losses out there. The question is, who’s going to bear those losses?” says Osberg.

“What we will be left with in the public sector is an increase in public debt. But in the private sector, you’ll be left with an awful lot of firms who couldn’t meet their bills during the crisis, and partly because they ran up enormous debt loads over the last while.” Osberg says that for a while now economists have been concerned with bloated corporate debt, which hit 118.7% of GDP earlier this year, according to the TD Bank and reported by BNN Bloomberg.

“The question is, who carries the can for for those debts?” says Osberg.

Do the banks forgive those debts? Do they get reimbursed, but by government? Do those firms go bankrupt? You know, there’s an awful lot of controversy around the bank bailouts in the 2008-2009 recession. And you’re just gonna be facing a whole bunch of the same sort of issues. So it won’t just be about government debt. It’s going to be about private debt.

I think it’s fair to say that a lot of middle class people paid the price in the wipeout of their household wealth in the debt crisis of the last great recession. And that’s kind of like an antibody to the idea of just bailing out the banks this time. So there’s going to be a lot of controversy over the wealth impacts, and it’s a pretty volatile political mix. It’s a major shock imposed on a system that was already politically volatile as a result of its aftershocks from the last big crisis.

Out of volatile times, you often have big changes. Which is rational, because people are seeing how dysfunctional the existing system has been.