You are here: Home / Featured / Eating disorders worsen with COVID-19 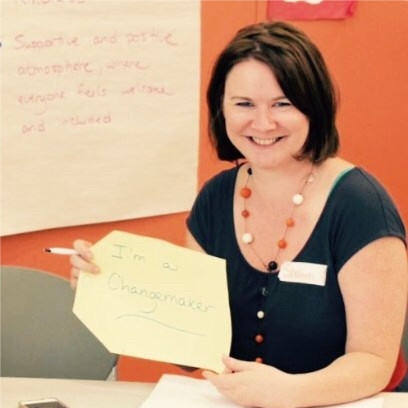 The executive director of Eating Disorders Nova Scotia says COVID-19 has more than doubled demand for services, and she’s concerned about an explosion of new cases when it’s over.

“We’re looking across the country with the other non-profit groups that work in eating disorders and we are just very concerned with the fall out that’s going to happen six months from now,” Shaleen Jones said.

Jones said since March, demand for her non-profit organization’s online support services has gone “through the roof.” She doesn’t see it slowing down any time soon.

“I’ve got a dashboard that shows me how many (online group chat support) requests we have. It’s been a fairly straight line the past couple of months and then in March? It literally hit the top of my chart,” she said.

Her organization is currently offering online support resources. Besides doubling the number of online chat sessions, their monthly online groups have now shifted to weekly offerings.

“We know that eating disorders thrive in isolation and secrecy and folks who struggle with an eating disorder use rituals and routine and exercising and controlling their food,” she said. “So when all that has shifted and people can’t use those tools they’ve been trying to use, we are seeing a lot of folks who are in a lot of distress.”

One of the things this pandemic hasn’t taken from us is the harmful nature of diet culture. Jones said the emergence of the term ‘COVID-15’, (which refers to gaining 15 pounds during the pandemic), is problematic for everyone during a time when we need to be focussing on caring for ourselves and our community.

“A skill we can all draw from this pandemic is practicing compassion with ourselves and others. There is no wrong way to act in a pandemic. None of us have been through this before so if you survive a pandemic and you put on a few pounds, you are lucky,” she said.

“It’s only weight and with everything else going on around us, if you feel like having a few extra cookies than you normally would because it temporarily makes you feel better, rock on. It is called comfort food for a reason and weight gain isn’t the worst thing in the world.”

Jones points to a mentality that in the midst of this pandemic has pushed people to believe they need to be hustling, getting into shape, and eating more healthy foods than ever before.

“If that works for you great, but that’s not for everyone. This is a time for us to protect our own mental health, protect our loved ones, and work with our community,” Jones said.

“There is really no space to let diet culture trick us into becoming obsessed with our weight.”

Clinical psychologist and Dalhousie University professor Simon Sherry said we need to be aware of the significant impact this pandemic is having on our overall mental health and wellbeing.

He said it’s particularly hitting hard for those with pre-existing mental health conditions, including eating disorders.

“What’s critically important to this conversation is recognizing the disruption or the loss of normal and its impact on disordered eating. We’ve got restaurant closures, we’ve got grocery shopping changes, we’ve got food scarcity, and we’ve got food hoarding,” Sherry said.

“What we need right now amid the closures and the changes is increased flexibility and increased acceptance. However, an active eating disorder commands rigidity and control, and so if you have a narrow range of preferred foods or preferred shopping locations, these closures and changes and the scarcity and the hoarding can be very difficult.”

Sherry, whose research interests include eating disorders, said despite being quite common, they are under-discussed and underfunded.

A November 2014 Report of the Standing Committee on the Status of Women titled Eating Disorders Among Girls and Women in Canada noted that at any given time in Canada, between 600,000 to 990,000 Canadians meet the diagnostic criteria for an eating disorder.

Sherry said one of his concerns is that we’ll see increased numbers of people turning to binge eating. He described this pandemic as “rife” with triggers that include boredom, anxiety, depression, loneliness, confinement, and isolation.

“By binging I mean eating a whole bunch of food in a short period of time accompanied by a subjective sense of being out of control,” he said.

“COVID-19-related distress is fertile ground for the growth of emotional eating. When distressed in a place like Canada, a lot of humans will eat to cope with their emotions.”

If you or someone you know is overwhelmed and struggling with thoughts about food, eating and weight gain, reach out to Eating Disorders Nova Scotia. A list of resources are available on the group’s website.