You are here: Home / Commentary / Easter in the pandemic 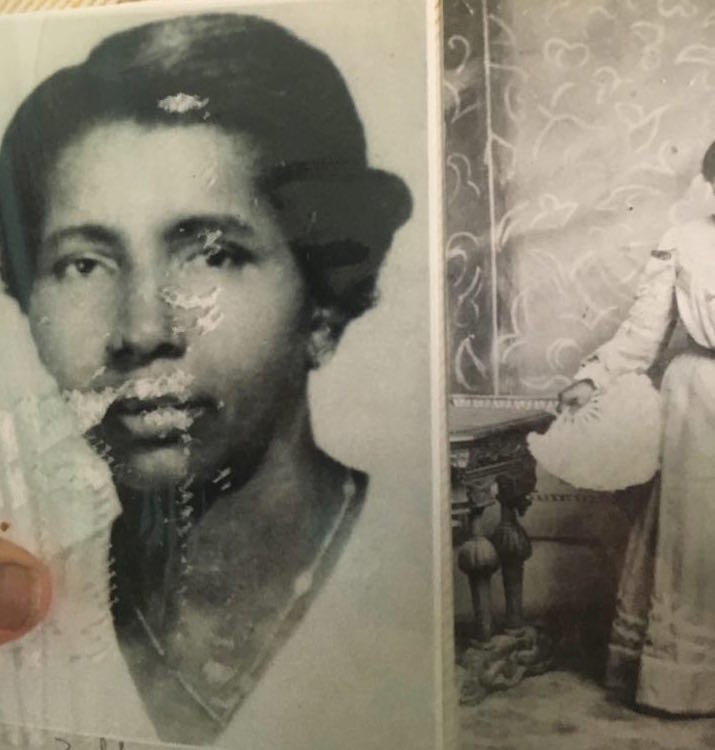 Grandmummy, from an old family album

Queen Elizabeth has nothing on my Grandmother. Grandmummy loved hats, and Easter is the time that Black church ladies show out. Easter service, new hat. Plus white dresses for the girls, conjured out of God knows what money. Growing up in poverty, in a colonized country, like all the women of her age she sewed, and pinned veils and flowers, and amassed beautiful clothing carefully tended.

When at the end of her life she was bedridden and needing home care, one of the nurses stole most of her prized collection of hats. In a way it was fitting. Grandmummy always left her door open under the belief that people who were homeless could be Jesus come back in disguise. When people took from her, she’d say their need must be greater than hers, and allow them back in the house.

Religion was tangled in my family. Grandmummy was a staunch and practical Methodist, while Granddaddy was a wild mystic Catholic. Grandaddy was a genius, a calypsonian, and a womanizer, but he wanted a respectable wife and mother to marry, so he waited outside the building and followed my Grandmother home from church week after week until she gave in.

My mother once told me that when she left home for school in England at age 15, Grandmummy sat her down. Mummy figured it was finally time for the sex talk. Grandmummy handed her the Bible and the Methodist hymn book and told her to read them every day, and that was it.

Granddaddy’s religion was of another order. Moved by a William Blake drawing of Satan leaving a body, he invented the dragon mass for carnival. People said the devil was in him, while my Grandmother was known as a saint.

My mother interviewed at the convent school when she turned 11, but she climbed a tree on the grounds and hung upside down while my Grandmother spoke to the nuns. They saw her through the window, and suggested that it wasn’t the school for her.

My mother remembers going up into the hills with her father at Easter and beating an effigy of Judas with sticks. Egg hunts seem stale in comparison. In our childhood, Easter began with my mother bursting into our rooms at the crack of dawn shouting “Alleluia! The Lord is Risen!” and then badgering us until we responded, “The Lord is Risen Indeed.” “Say Alleluia!” she would yell as we groaned and tried to go back to sleep. She would march off singing hymns at the top of her lungs.

As a teenager, I was pressed into duty as a server at the altar. In an act of feminist irony, I actually got my first period while serving. I like to think it was during the communion. Our mother’s commitment to the church and ability to cow us into obedience meant my sister and I got stuck serving the entire of Holy Week: from the foot washing, to stripping the church, to the stations of the cross, to the Easter vigil, and finally the Easter mass procession.

Processing was annoying and embarrassing, trailing around in robes while trying to hold the candle steady, while walking slowly enough for the choir to be able to sing. It was worse than a wedding. Afterwards, my mother would sneakily liberate the flowers from the altar arrangements and bring them home to decorate the house.

This year of course, there was no church service for my mother to go to. Church is her entire social life. I once told her, after attending the Christmas Eve service with her, that I thought the sermon was quite good. “Oh, I don’t listen to the sermon,” she sniffed, and then proceeded to share with me all the gossip of everyone else’s children who allegedly have PhDs in English and have better jobs than me. The week that my article on her love of Tessa Virtue went viral, she was torn between irritation at me for sharing her business with everybody (“My daughter has too much time on her hands,” she told CBC), and pleasure that the article was read out in church. Take that, everybody else’s daughter.

It’s true, the priest is quite irrelevant to her one-woman bulldozer of service: bringing the communion to all the people in the care homes; taking food to the churches that run food banks and somehow managing to also gossip and find out the life stories of everyone there; calling all the shut-ins. The priests can’t keep up with her, or with her encyclopedic knowledge of every single congregation member. Sunday is nothing compared to my mother.

When I called her this morning (“He is Risen!” she greeted me, waiting for my dutiful response), she told me the Easter service would be live-streamed. In a fit of nostalgia, I decided to watch. I haven’t attended an Easter mass in years, but you can’t be forced into altar service for your entire teenage years and not have the responses bred into your bones. It all came back to me as the priest moved through the service.

There was no procession, no hymns, no choir. There’s always a mixture of the bittersweet anyway when you tread the spaces of your childhood, that inevitable sense of loss. Hearing the organ valiantly attempt to fill the empty space with joy, but without the voices of the congregation, I couldn’t help but feel sad. Who would think it would be a church service that would move me during these times of isolation. I don’t tend to dwell emotionally on the things we can’t change, but my heart hurt a little inside me.

The sermon was about how Jesus was surrounded by the voices of women. I thought of my Grandmother, and the pride and joy that made women of her generation dress themselves for Easter like members of the royal family. I thought of what prayer means to Black women, even when we have left the church or are not religious: like the time we attended court for a young Black women who was sexually assaulted. The man was acquitted. Afterwards, we stood in a circle, crying out for justice for all of our sisters and mothers violated. One after another as our foremothers did before us, we prayed. It is not about God, even, but about survival, the will of our great and great and great grandmothers who had nothing but faith and who brought us through anyway.

And of course I thought about my mother, knowing she would be singing loudly along with the organ, choir or not, and shouting all the responses. I thought fondly of her joy on Easter morning, her dismissal of the trappings of religion — of the sermon — but her deep embrace of the meaning of Jesus. All of our mothers back and back, whose lives have always been about resurrection, about holding on, about coming back.

Visit the prisoner, my mother taught me. Be kind. Do justice. Walk humbly. Whatever you do to the least of my people, you are doing that to me. In less religious terms, we gon’ be alright.