You are here: Home / Black Nova Scotia / East Preston resident says his community is underserved by Halifax Transit: “Even when they get it half right, they get it wrong” 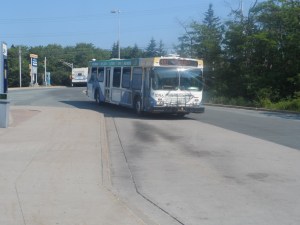 This Saturday morning at 7:41am will mark the first time the city has offered weekend transit service to the Black community of East Preston. That service is offered through Halifax Transit route #401.

Despite this and many other changes that took effect this week to the Halifax Transit system, one East Preston man says the changes are “definitely not an overall improvement” to the bus service in his community.

“Even when they get it half right, they get it wrong,” East Preston resident Marshall Williams said.

Neighbouring communities North Preston and Cherrybrook have what some might describe as “full” bus service, similar to most other areas of Halifax and Dartmouth.

Bus service in North Preston has been running for less than two decades, and both North Preston and Cherrybrook have regular weekend and holiday service. Buses are scheduled to arrive and depart in both communities more than 20 times a day throughout the week, from early morning into the late evening.

In contrast, despite the new changes, a bus is only scheduled to arrive and depart East Preston seven times a day throughout the week. Unlike most other bus routes that run at least every half hour during peak hours in the morning and afternoon, the four morning and three evening buses in East Preston arrive and depart over an hour and a half apart.

There’s also a more than six-hour gap where service is unavailable in between the last morning bus and the first evening bus. The last evening bus leaves East Preston much earlier than most other buses in Halifax and Dartmouth.

Additionally, recent changes in the weekday schedule mean that although the buses in East Preston now run just over an hour and a half apart instead of nearly two hours apart, the tightened schedule also means that the last bus in the morning leaves East Preston almost 40 minutes earlier in the morning, and the last bus at night, nearly an hour earlier, just before 8:30pm. 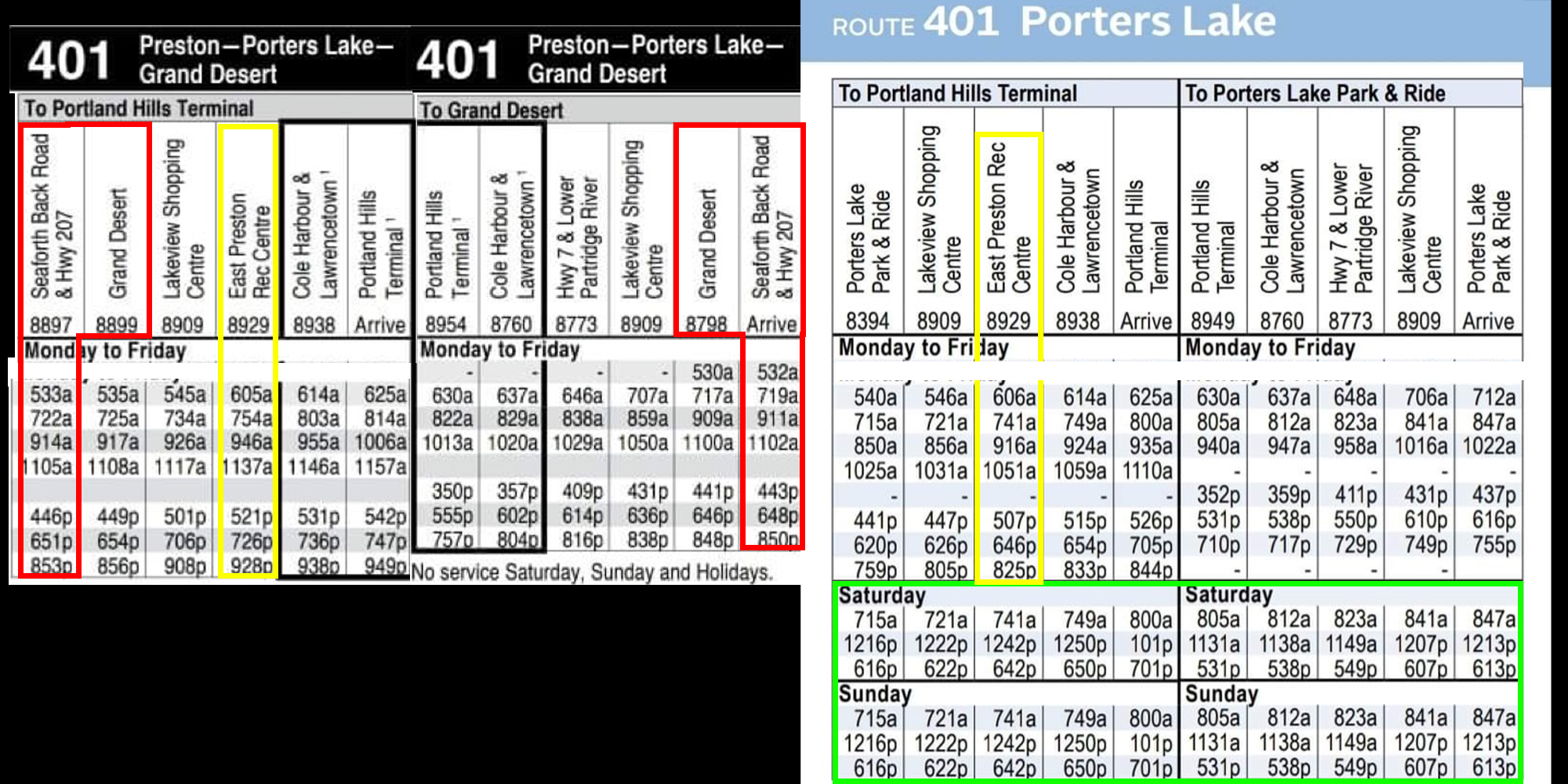 “I’ve been having this issue with the bus since there was no bus at all,” Williams said. “So I’d say probably at least 20 years I’ve been fighting to get the bus set up properly. And at first they gave us the bus, but you had to pay twice: you had to pay to get on this bus, then you had to pay again when you got in town [rather than having the option to use a transfer].”

East Preston doesn’t qualify for full conventional bus service because it is in a rural tax district. Full service is provided to areas that have an urban tax rate, which applies in areas with water and sewage service. While this tax structure makes sense in the abstract, it ignores the historic reasons why the Black communities of the Prestons are so far removed from the urban area in the first place.

Williams says that many in the community feel the route itself doesn’t properly suit the community’s needs with respect to where most people need to get to, for work in the morning. 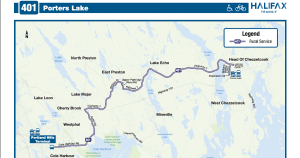 Williams said there was a time the bus didn’t go to Portland Hills because there wasn’t a terminal. Instead, it went to Tacoma, where riders had to pay again to get on another bus. That has since changed.

“From there they made a change so that you didn’t have to pay [the additional fare], but the issue is still that you have this gap in the middle of the day.”

Williams usually travels on the first bus in the morning to get to work. He’s often experienced difficulties connecting to the last bus home because of issues with traffic, work scheduling, or connecting buses running late. But that Portland Hills stop is still an issue. Williams said most of the riders aren’t going to Portland Hills.

“Everyone else is connecting to go somewhere else so it would be easier — or just as easy — to run the bus down Main Street. But that’s a separate issue with Metro Transit altogether — that there’s no bus down Main Street in Dartmouth and everything runs down the Portland Street corridor,” Williams said.