You are here: Home / Featured / Drinking our way through the pandemic isn’t a great idea 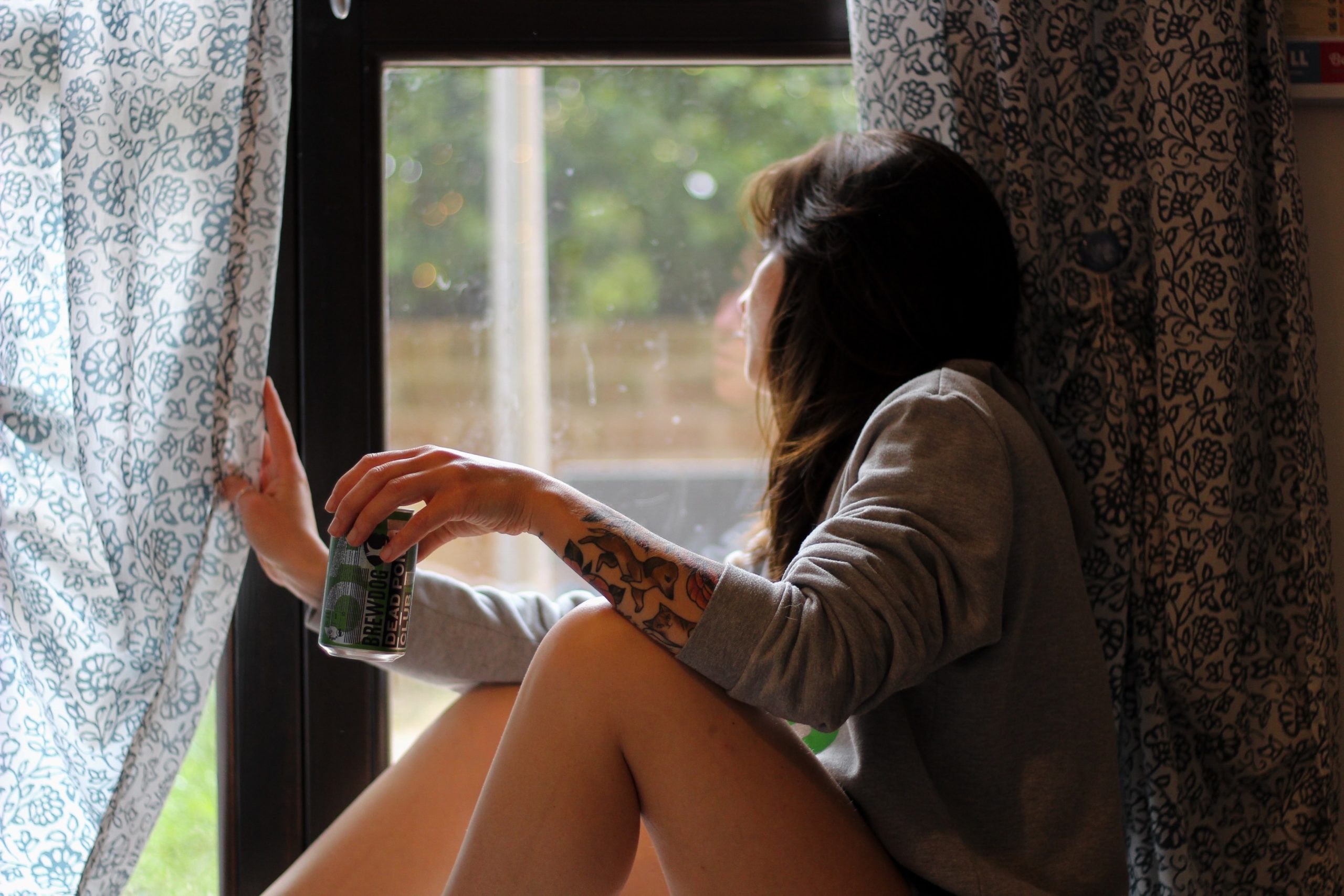 The jokes are out there.

The quarantini (mix quarantine with martini) is now the drink of choice for the self isolated. It’s always beer/wine o’clock because who knows what time it is anymore.

But how are people’s alcohol consumption habits changing because of the COVID-19 pandemic?

Halifax addictions researcher Mark Asbridge is hoping to get answers to questions about our alcohol consumption while we’re still in the grips of the crisis. The Dalhousie University professor’s research interests include addictions, public and population health, emergency medicine, and public policy.

“One thing I have been thinking about a lot is that alcohol access and availability has changed dramatically,” Asbridge said.

He points to the shut down of bars, pubs, and sit-down restaurants, the environments in which many would often have consumed alcohol before the pandemic. Effective March 30, the province allowed restaurants to include alcohol purchases with takeout and delivery orders if “the alcohol cost is not more than three times the value of food ordered.”

Combined with the ready availability of private liquor store and beer deliveries direct to people’s doorsteps, Asbridge said there can be little doubt the way we consume alcohol has substantially shifted in just a few weeks.

“The question that always comes is how does this change in access and availability relate to consumption patterns? What does that look like? We can speculate. I mean we don’t have a huge amount of evidence but we’ve got some good anecdotal evidence, we’ve got some historical evidence, so I think the rise in consumption is a strong possibility in the home environment,” he said. 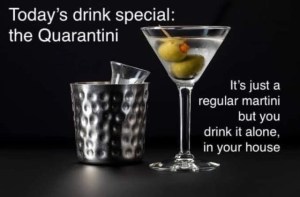 Asbridge said there’s already anecdotal evidence from clinicians he’s spoken with that alcohol-related presentations in our emergency departments have changed dramatically since COVID-19. This is something that has also been observed internationally.

“Alcohol is historically a coping drug and so we’re going to see elevated states of anxiety and depression during these times, so it would be very easy to expect we’ll see higher rates of alcohol use disorder or related drinking as a function of coping,” he said.

“That does make a lot of sense from what we know historically. And alcohol-related harms also rise during periods of unemployment. Historically that has been the case. We’re facing that economic uncertainty, and there’s a long history of the relationship between alcohol consumption and economic uncertainty globally.”

Asbridge, who is a professor in Dalhousie University’s Department of Community Health and Epidemiology as well as its Department of Emergency Medicine, said his conversations with colleagues at the QEII Health Sciences Centre suggest those trends are also being reflected here.

“They’ve seen a dramatic change in presentations related to alcohol. Historically if you look back at some of the work that was done for instance by Dr. John Ross, he gave us a warning a number of years ago about the burden of alcohol-related presentations, particularly on Thursdays, Fridays, Saturday nights, and sometimes Sundays,” Asbridge said.

Despite that, Asbridge cautions that those public health benefits could potentially be offset down the road because emergency departments are also seeing more people with alcohol use disorders.

“People who didn’t know that they had alcohol use disorders are showing up in emergency departments trying to understand why they’re feeling the way that they’re feeling…So you might have a reduction on health service utilization now with respect to alcohol, but may end up getting this all back with respect to access to addictions services or mental health services for people with alcohol use disorder issues,” he said.

“Potentially we may see some other chronic related effects of alcohol consumption more in the long term whether it’s liver cirrhosis, cancers, or these types of things.”

A recent Nanos poll commissioned by the Canadian Centre on Substance Use and Addiction (CCSA) also suggests that Canadians under 54 are drinking more while at home due to the pandemic.

In its April 15 media release, the CCSA reported that 25% of Canadians between the ages of 35 and 54 have increased the amount of alcohol they are consuming since they began practicing social distancing and self isolation. That figure is 21% for Canadians who are 18 to 34.

Only 10% of respondents older than 54 said their alcohol consumption had increased.

The poll also found that the main reasons for the increase among those who report drinking more included a lack of a regular schedule (51%), boredom (49%), and stress (44%).

“The Canadian drinking culture is one where alcohol use serves as a boundary between weekday and weekend, work and leisure; it marks a ‘time out.’ With the ongoing threat of COVID-19, these boundaries have become blurred,” Dr. Catherine Paradis, senior research and policy analyst at CCSA, said in the release.

“Disrupted routine may be accompanied by loneliness and anxiety about the current situation. With the possibility that people are stocking up and there is more alcohol in the home than usual, some might drink more than they typically do.”

Sales information for the Nova Scotia Liquor Corporation (NSLC)  is only released on a quarterly basis. The most recent data is from February, a month before the pandemic began to significantly disrupt the province.

“We’ve had a few requests for this information, but unfortunately we can’t provide any sales information or insights outside of our quarterly releases,” NSLC spokesperson Beverley Ware said in an email. “The information has to be audited and approved by the Board, which will happen in June. It will be interesting to see what the trends are.”

Despite not having data specific to this province’s sales since COVID-19 restrictions were implemented, there are indications sales are up in other parts of the country. Late last month, a BC Liquor Distribution Branch representative told CTV News that liquor sales were up 40%. Sales of boxed wine were up 144%. Larger sized (1.75 litre) bottles of rum, whiskey and vodka were flying off shelves 153% faster, and 24-packs of beer were disappearing 120% quicker.

Provincial alcohol sales figures reported by CBC News earlier this month showed overall sales were up 36% in Newfoundland and Labrador for the month of March when compared with the same time last year. Privately run Liquor Express stores saw a 70% jump.

In Saskatchewan, March sales jumped by 22%, and in Quebec, sales were described as being “comparable to the Christmas season.”

Why we should drink less

The World Health Organization (WHO) has an alcohol and COVID-19 fact sheet that highlights some of the reasons why people should avoid drinking alcohol during the pandemic.

Besides advising against the use of alcohol altogether to help protect your own immune system and health which can be compromised by alcohol, the organization reminds people alcohol increases the risk, frequency and severity of perpetration of interpersonal violence. This includes intimate partner violence, sexual violence, youth violence, elder abuse and violence against children.

Asbridge hopes to learn more about the possibility of increased alcohol-related harms to others due to the sudden shifts in how we access alcohol, how much we consume, and where we consume it.

“Maybe we see excess use of alcohol and the violence may be in different settings, violence in the home or violence outside of public spaces and what does that look like,” he asked. “There’s a really interesting way that alcohol access and availability may have had impacts on society with respect to consumption.”

In addition to examining how Nova Scotians have responded to regulatory systems for alcohol distribution, the harm they’re causing themselves, and possibly others amid the pandemic, he stressed it’s extremely important to understand the effect of the public health response on alcohol use and harms of Nova Scotia’s most vulnerable populations.

He also wants to further explore our health messaging around alcohol during COVID-19.

“We spend a lot of time with social distancing measures but there’s probably a handful of health education messaging types of things that could be embedded into what we do in a pandemic to avoid harm,” he said.

“In some places, their health messaging about drinking is included in a discussion of things to be careful of or to acknowledge…It’s another warning symbol more maybe than just the stand six feet apart. Also be careful of x,y and z.”

Asbridge said while research funding is understandably being allocated primarily to direct, essential issues like vaccines, contact tracing and clinical trials, there are a broad array of social and population health issues that also need attention.

“Pandemics are potentially a part of our future, versions of them, so knowing this might help as well with respect to how we handle future pandemics and maybe make certain kinds of adjustments to how we either talk about alcohol or make alcohol available or whatnot,” he said.

“These are all areas that we want to explore and understand better, and we don’t have a lot of facts so I think it’s an interesting area from a research perspective to understand these things. Depending on the modeling you believe in, we could be doing this for the next 18 months so. If that’s the case, this is going to move from being a novel issue to just a common issue and so what’s that going to look like?”

The Centre for Addiction and Mental Health has an information sheet that provides recommendations for lowering your health risks if you do drink alcohol, and offers guidelines for what constitutes “one drink.”