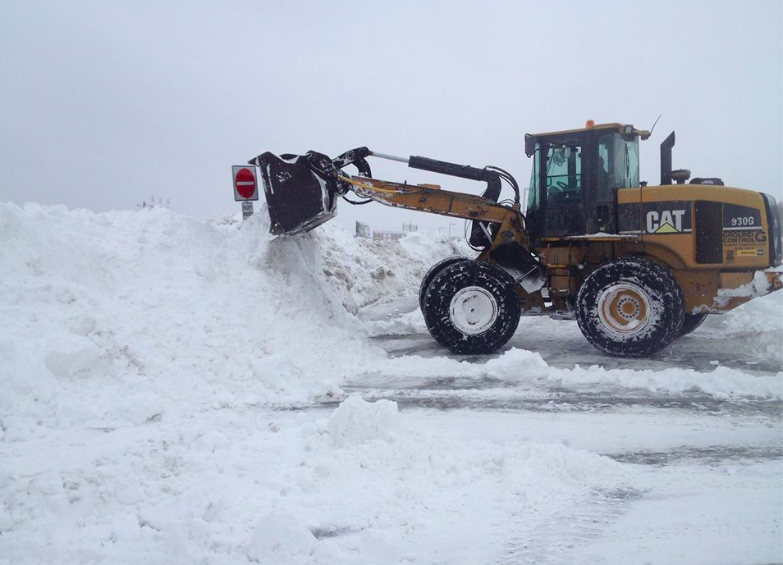 The city’s response to Wednesday’s massive snow storm has been remarkably thorough and fast, considering the gargantuan task at hand. I’ve been impressed with the massive deconstruction projects all over town, as snow banks are dismantled and trucked off. Which begs the question: Why couldn’t this have happened six weeks ago?

The recent serious attention given to cleanup is welcome, but there’s still a long way to go. Halifax Regional schools are closed today, the all-day parking ban continues, and free transit has been extended through Monday.

My anecdotal observation over the past few days is that the sidewalks cleared by city staff — Gottingen, Robie, and North Streets — are pretty good, considering. But many (not all) of the sidewalks for which contractors are responsible — for instance, those in my own neighbourhood — have yet to be cleared. To be fair, in some circumstances there is simply nowhere to put the snow. But I’m guessing that the bigger issue is that the bobcats can’t work effectively when facing three feet of snow between six-foot snowbanks. It requires machines with snowblowers, or of course old-fashioned shovelling.

While the present cleanup is rightly taking everyone’s attention, as we move into spring Halifax council needs to directly confront the sidewalk issue. I suggest a special committee of the whole meeting, where with staff on hand councillors can thoroughly evaluate every aspect of contracting out of sidewalk clearing: is the season-long contract counter-productive, can contractors be required to use better equipment, can city staff do the job better?

In Nova Scotia, the examinations of women who have been sexually assaulted can take up to six hours and are performed by a specialized group of nurses called the Sexual Assault Nurse Examiner (SANE) team, who are trained how to perform the examination itself, handle the legal evidentiary train, and care for the emotional situation.

There are two SANE teams in the province, one in Halifax and one in Antigonish, and their resources are stretched thin, reports the CBC:

A Pictou woman tells CBC she waited three days for a SANE team to travel from Antigonish to the Aberdeen Hospital in New Glasgow.

“I couldn’t shower. I had to take my clothes that I wore that night and put them in a plastic bag, so that the evidence wouldn’t be tampered with and that’s basically about it. I wasn’t allowed to shower,” she said. “That was really hard to deal with because when something like that happens, you just want to feel clean again.”

At 6:15 p.m. on Saturday, March 21, Halifax Regional Police responded to 50 Akerley Boulevard in Dartmouth for a report of an impaired driver. While officers were responding, it was learned that the vehicle in question had run over a pedestrian in the parking lot. Several people in the parking lot attempted to stop the vehicle and male driver. The driver was taken into custody in the parking lot and was transported to Halifax Regional Police East Division office in Dartmouth. The pedestrian, a 31-year-old woman from Cole Harbour, was transported to the QEII Health Sciences Centre with serious but non-life-threatening injuries. The driver, who’s a 20-year-old man from Dartmouth, is in custody and will be appearing in court on Monday, March 23 to face charges of impaired driving causing bodily harm and a reading over .08. 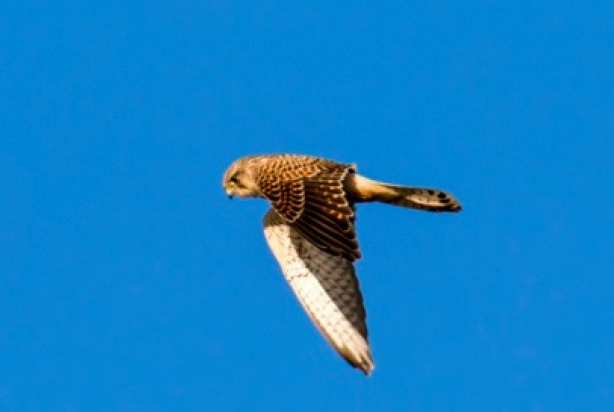 Back in November, a Eurasian kestrel was seen at the Hartlen Point Golf Course, an unusual event since as its name implies, such creatures are usually found on the other side of the ocean. This was only the second Eurasian kestrel to ever be seen in Nova Scotia, and as a result birders from across North America, er, flocked to Eastern Passage to have a look-see.

The appearance of a rare bird on our shores often generates interest, but such cases mean the bird was blown off course or otherwise became lost and will certainly die a lonely death thousands of miles from its kin. Sure enough, on Friday a larger native hawk killed the Hartlen Point Eurasian kestrel.

Tennyson, the poet, toyed with the quaint notion that humans, or Christians at least, are above the immutable law of nature, an idea he pondered in the ridiculously long In Memoriam A. H. H. Here’s section XVI:

‘So careful of the type?’ but no.
From scarped cliff and quarried stone
She cries, `A thousand types are gone:
I care for nothing, all shall go.

‘Thou makest thine appeal to me:
I bring to life, I bring to death:
The spirit does but mean the breath:
I know no more.’ And he, shall he, 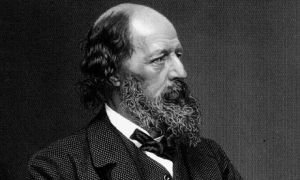 Man, her last work, who seem’d so fair,
Such splendid purpose in his eyes,
Who roll’d the psalm to wintry skies,
Who built him fanes of fruitless prayer,

Who trusted God was love indeed
And love Creation’s final law—
Tho’ Nature, red in tooth and claw
With ravine, shriek’d against his creed—

Who loved, who suffer’d countless ills,
Who battled for the True, the Just,
Be blown about the desert dust,
Or seal’d within the iron hills?

No more? A monster then, a dream,
A discord. Dragons of the prime,
That tare each other in their slime,
Were mellow music match’d with him.

O life as futile, then, as frail!
O for thy voice to soothe and bless!
What hope of answer, or redress?
Behind the veil, behind the veil.

Sorry, this winter is driving me up the wall.

Stephen Kimber pays tribute to Allan Rowe and Matthew Wuest, both of whom died last week.

North West Community Council (7pm, Gordon R. Snow Community Centre)—the council will look at three development proposals: 930 and 932 Bedford Highway; Stephen Bowdridge proposal to host “all terrain vehicle guided nature tours” on his property on McMullin Road in Antrim, which is in the Musqodoboit Valley; and a small commercial development at 5 Sawlers Road in Waverley. 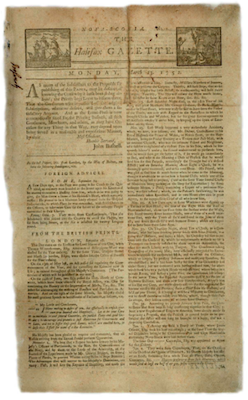 On this date in 1752 John Bushell published the first edition of the Halifax Gazette, the first newspaper in Canada. Explains the Nova Scotia Archives:

Printed on just half of a single foolscap sheet, the two-page tabloid featured news from Britain, Europe, New England and the other British colonies to the south — items that would be of interest to local government officials, military personnel and business leaders. Although Halifax was the provincial capital, it had been settled only three years’ previously and had less than 4000 inhabitants — accordingly, community news did not require much space in the paper’s two columns of text. Indeed, the only local content came from advertisements and notices for Halifax businesses: Leigh and Wragg advertised their school at the ‘Sign of the Hand and Pen’ on Granville Street; Proctor and Scutt sold butter by the firkin at their store near the North Gate; and legal documents were drawn up at the corner of Sackville Street from 9 a.m. to 12 noon and from 3 p.m. to 7 p.m., six days a week.

Join leaders in the fields of public health as they engage a public audience in a conversation about vaccination and the ethical tensions that exist in exercising our collective and individual rights.
• To what extent should vaccines be mandatory?
• Should those serving the public maintain the right to choose?
• Is it acceptable for those who are not immunized to have their activities restricted to protect others?

Undergraduate science research (Tuesday, 9am–3pm, McInnis Room, Student Union Building)—first is a “faculty lecture off,” followed by a research poster presentation session, and then a 3-minute thesis competition. This is geek heaven. Wish I could go.

Google Maps navigation (Tuesday, 11:30am, Slonim Conference Room, Goldberg Computer Science Building)—Ryder Ziola, a graduate of Dal’s Computer Science program and an engineer who works on the Google Maps Android app, “will discuss some of the problems that keep him up at night: noisy sensors, big realtime data, and pesky user-experience constraints. He will cover some opportunities for future internships and employment with Google.”

Conservative MP LaVar Payne asked me if I consider myself to be a threat to national security — because, he said, if I’m not a terrorist then why would I worry about an “anti-terrorism” bill? He added that our criticism of C-51 made him “wonder if your organization is a national security threat”. (I never got a chance to respond, since Payne kept talking to run out the clock.)

This was no slip of the tongue. Carmen Cheung, senior counsel for the British Columbia Civil Liberties Association, spoke to the committee shortly before me. Her carefully-parsed legal arguments on the threats this bill poses to civil rights without enhancing security were dismissed by Conservative MP Rick Norlock as “rambling” — before he had the gall to ask her if she is “simply fundamentally opposed to taking terrorists off the street”.

The third witness on our panel was Ron Atkey, who has seen national security operations up close as a former Conservative cabinet minister and as the first chair of the Security Intelligence Review Committee. He warned that Bill C-51 is “a constitutional mess” and offered recommendations on how to fix it. It was the Conservative committee members who had invited him to testify — presumably with the expectation that he would support the bill. Oddly enough, they had no questions for him.

You’ve already heard, of course, about what happened to Ihsaan Gardee, executive director of the National Council of Canadian Muslims, when he testified before the committee. Rather than address his concerns, Conservative MP Diane Ablonczy parroted terrorism allegations linked to Mr. Gardee’s organization — allegations he refuted when they came from Prime Minister Stephen Harper’s then-spokesman Jason MacDonald and which are now the subject of a defamation lawsuit. (Ablonczy, of course, was speaking from a zone of Parliamentary privilege, protecting her from slander allegations.) “In order to work together,” Ablonczy said, “there needs to be a satisfaction that, you know, this can’t be a halfhearted battle against terrorism and where do you stand in light of these allegations?” 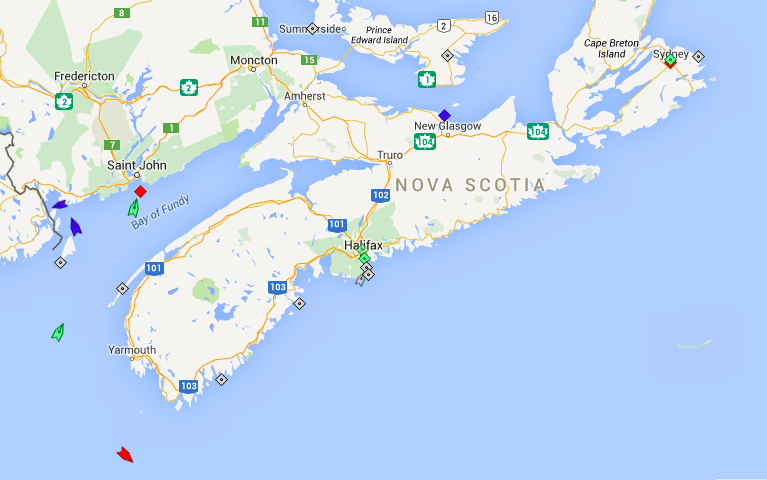 The promised Episode #4 of Examineradio will be available today. Because my conversation with Howard Epstein went so long, we’re doing two versions of it — one edited for the podcast, and one unedited, the complete interview. It will be worth the wait; thanks for your patience.