You are here: Home / Featured / Don’t wait til you’re on a ventilator: making wills and directives 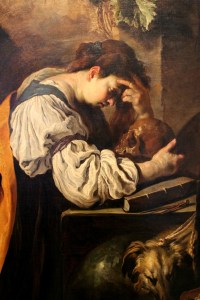 There’s a season for everything, including wills. And the 2020 will season has been particularly long.

“I’ve been doing this for 19 years, and there are certain times of year you know you’re going to be busy. Our busy time for wills is usually January, February, and sometimes into March,” said Jennifer Schofield, a partner in the law firm Kennedy Schofield Lawyers, located in Head of St. Margaret’s Bay.

Schofield said people decide to make wills early in the year for a couple of reasons: “One, they have new years’ resolutions and two, people are travelling south and think, ‘Oh I’d better get my will done or redone.’ Then that slows down. But that hasn’t happened with COVID.”

Death concentrates the mind, they say.

And apparently, the daily reminders of illness and death are focusing more Nova Scotians than usual on getting it together and making a will.

Schofield said in normal times about two-thirds of her practice consists of family law. But now? “Really, the bulk of what I’ve been doing lately is wills, estate planning, and personal directives.”

Lawyer Barbara Darby, whose practice is based in the North End of Halifax, is also seeing  a lot of clients making wills, many for the first time.

“They are saying it’s pandemic related,” Darby said. “These are people who are making new wills.”

Making a will is one of those things that can easily sit on a to-do list for years. You know you need to do it, but it just doesn’t feel all that pressing. Until it does.

“I had many times, probably since the birth of my children [they are five and eight], when I said, ‘Oh we should make a will,'” said Martha Paynter, a healthcare provider, women’s health advocate, and research scholar at the Dalhousie University Health Law Institute. “And my husband’s a lawyer. We just never got around to it. It seemed like something we should do to set a good example, and we didn’t do it because it was low on the list and there are always things to do.”

The pandemic changed all that. “COVID brought it right up to the top of the list. I’m a healthcare provider and it seemed like decision time.” 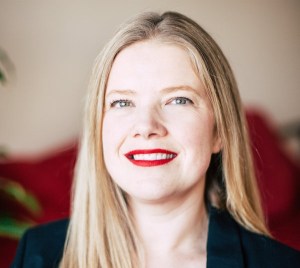 Paynter, who is a client of Darby’s, said the process was dead easy. “It’s really incredibly straightforward to do a will. Barbara’s been our lawyer for a decade at least. She sent us some paperwork to fill out, we filled it out, she had some followup questions and that was it,” Paynter said. She added, with a laugh, “We have a simple family and it was simple decision-making about where things should go should we perish.”

Darby said she doesn’t think the novel coronavirus crisis has changed the issues that arise in people’s wills. What it has done is made people think more about death.

“I don’t think their concerns will be different, but I think we would acknowledge they are in a riskier workplace now,” Darby said. “For people with small children, one of the main things on their mind is who is going to care for the children if I’m not here or if both of us aren’t here. And sometimes they have a very good idea in mind for the person who can provide care for their child, but that person may not be very good with money. So maybe you want to split the roles and appoint two different people: The one who will be the excellent parent figure and the one who will manage the money. Because they are different skills, different capacities.”

Schofield said about half the people coming to her for wills are updating ones they already have. But she says most of her current clients for wills and estate planning are also thinking about advanced healthcare directives and powers of attorney. (A directive details measures that should be taken on your behalf when you are no longer competent to make your own decisions, while a power of attorney allows someone you designate to act on your behalf in legal and property matters if you become incapable.)

Schofield said some clients are motivated by realizing “I should start thinking about this stuff now, and not wait if I get this illness and I’m in the ICU.” And some, she said, “are coming not because they are worried about getting sick but because they are sitting around at home and are taking things off their to-do list.” 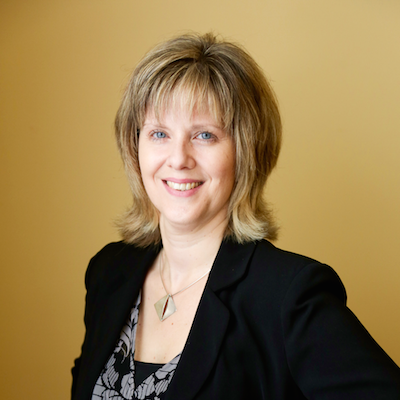 Darby believes strongly in the importance of directives and powers of attorney. “A will is only going to speak after you have passed away. A will doesn’t have anything to do with ongoing decisions for you while you’re alive, and for that reason I tend not to even put funeral instructions or burial instructions in a will — because sometimes the will may not be located until after those arrangements have to be made. The other crucial documents I recommend are healthcare directives and a power of attorney, which appoints someone who can make decisions about your property if you can’t make those decisions yourself.”

Directives, Darby said, “can be extremely specific, down to who can be notified if I’m in the hospital, who you can discuss my care with, what range of treatment you will consent to. It’s an extremely personal thing… These are hard discussions to have, but when people are trying to put reassuring things and helpful things in place, families are glad they are looked after rather than having to guess.”

Kerstin Martin (disclosure: she’s my mother-in-law) already had a will, but the pandemic prompted her to finally create a personal directive as well.

Martin said, “I felt I needed I had to have something in place. Certainly at the start of this COVID-19 situation, it really came home to me that now is the time I really have to get this in place. What if I’m on a ventilator and can’t say anything anymore?”

A retired midwife, Martin, 71, said, “Being in that super-vulnerable risk category and having these very graphic in-your-face pictures of people on ventilators and unable to speak and make their wishes known makes it very, very real.”

While she had some pretty clear ideas about what she wanted in the directive, Martin said it still required a lot of thought and consideration.

“There’s a surprising amount to think about, and it does require quite a bit of reflection on a lot of issues. I have four adult children, I love them all, I trust them all. Which one do I want to make my delegate?…  It’s very easy to say very generally I don’t want to be kept alive by mechanical means, if it comes to that. But then you have to think through what those situations are. If I have a terminal illness, well then of course at a certain point I wouldn’t want to be kept alive on a respirator or feeding tube, IV feeding, hydration and so on. But at what point do you want that stuff to stop?”

“The instructions on both the Nova Scotia government site and the legal information site are very clear,” Martin said. Going through the process allowed her to have “a little more clarity in my mind about how things might be in a hospital if I were dying. I used to work as a healthcare professional — I’m familiar with it, I’ve been present with someone who died in the hospital. And what I would really like is the conditions around dying to be calm, peaceful, and respectful. Not a lot of drama.”

Creating legal documents around death and end of life is one thing, but executing them during the pandemic adds another level of complication. A will has to be signed by the client, lawyer, and a witness.

“The legislation dictates how these have to be witnessed, and if you don’t follow what the legislation says the will might be deemed invalid,” Schofield said. “In Nova Scotia you need two witnesses, and all three people being in the presence of each other — which, in this world, can present some challenges.”

Paynter said Darby came to the end of her driveway with documents for her to sign. Schofield said at her practice, “We have a lawyer who went to someone’s house and peaked through the window while they signed. That’s not really practical, to be driving to everyone’s place and standing outside.”

To mitigate risk, the firm can email documents to clients who can print and bring them in themselves for signing. (Schofield said they can bring their own pen too, if they want.) “We are emailing the drafts in advance, and any changes are done over the phone or by email. If they are coming here to sign, they literally sign and get out. They can print from home and sign them in the car, and if they don’t want to take them back right away, we can let them sit and mail them. We’ve also offered them the option of staying in the parking lot and signing… Some people have worn gloves and taken them off after.”

Her firm is closed to drop-in visitors, so the number of people at the office at any one time is very limited, Schofield said, and “even if they come into the office, after they leave we clean and wipe everything down.”

With so much unknown about COVID-19 and how the pandemic will play out, Paynter said there is something almost comfortable in drawing up a will. “It’s a thing you can do. A responsible thing. We are all looking for a bit of power over our lives and it’s something we can do that makes us less powerless. It’s a very responsible, adult thing to do.” 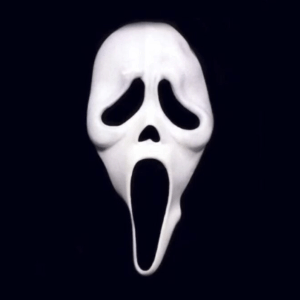