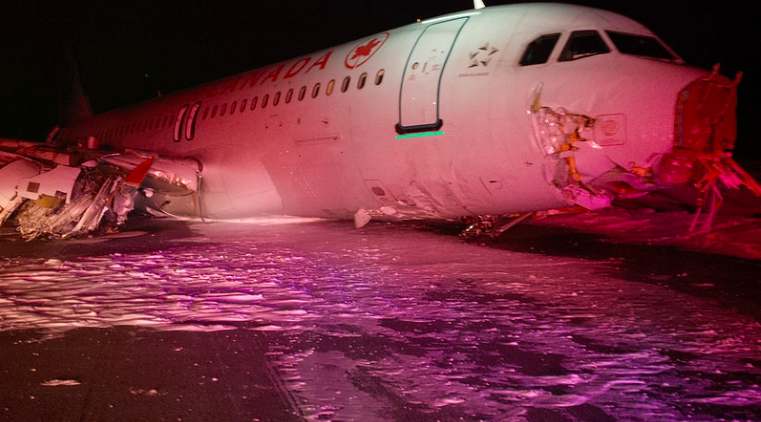 Photo: Transportation Safety Board of Canada

During a heavy snowstorm early Sunday morning, Air Canada Flight 624, with 138 people on board, crashed into the runway at Halifax Stanfield International Airport. Incredibly, no one was killed, although 23 people were taken to the hospital.

A passenger told the CBC’s Preston Mulligan that the plane was on a holding pattern, circling in the Windsor area while waiting for visibility to increase to a half mile. After a half an hour, the pilot told the passengers he would attempt a landing.

Transportation Safety Board investigator Mike Cunningham said yesterday that the Airbus A320 hit an antenna array and a power line, which caused the plane to lose its landing gear. The plane hit the ground “1,100 feet short of the runway,” and then skidded onto the runway. In the process, the plane lost its nose cone and an engine. Photos show a wing is mostly detached.

Passengers recounted the horrifying landing to the CBC and the Chronicle Herald.

There’s a false debate about whether to use the term “crash landing” or Air Canada’s euphemism “hard landing.” But if I pulled my Honda into my driveway 1,000 feet too soon and demolished my neighbour’s porch and my passengers had to be taken to the hospital, no one would call it a “hard parking job”; they’d correctly say I “crashed.”

As with police reports of pedestrians getting run down by cars, the official line that no one on the plane suffered “life threatening injuries” somehow gets understood in the public mind that “no one was hurt” (see, for example, comments on this CBC article). I get that officials are trying to convey to the public that no one was immediately killed in the crash, but how can some PR person possibly know that injuries are non-life threatening?

It’s far too soon to know what caused the crash or to assign blame. Investigations into airplane crashes are exhaustive, and after some months we’ll know everything we could possibly want to know about this flight. Still, that was one hell of a snowfall Sunday morning.

No doubt the crash will dominate local media for the foreseeable future.

It’s interesting how bureaucrats and politicians in Nova Scotia think the tax breaks and subsidies they give to corporations happen in a vacuum and have no effect outside this province.

Already we’ve seen that a $124.5-million “incentive package” the province of Nova Scotia is giving to the Pacific West Commercial Corp. to operate the Port Hawkesbury mill has made it politically impossible for Maine governor Paul LePage, who is presiding over layoffs at competing mills in that state, to follow through with $5 million in financing he had promised for the Yarmouth ferry.

Now, in what should be no surprise to anyone, US paper firms Madison Paper Industries and Verso Corp. have told the United States International Trade Commission that the Port Hawkesbury subsidies unfairly undermine the competitive marketplace, reports the Chronicle Herald’s Aaron Beswick:

[The complaint] is asking the American trade commission to place tariffs on imports of Canadian supercalendered paper — a glossy product used in magazines and calendars — to limit their competitiveness in the United States market. A preliminary injury inquiry will be held April 13 to decide whether to continue with an investigation.

As well, the coalition alleges — but admits that it cannot prove — that the province is charging the mill below-value stumpage rates for timber. Those rates are redacted in the 2012 forest utilization agreement between the province and the mill that gave the mill management control over all Crown land in northeastern Nova Scotia.

Beyond the direct political retaliation from other jurisdictions and competitors in the industry, corporate subsidies have a debilitating long-term effect, as in the future every firm wanting to do business in Nova Scotia will demand the same sort of deals past companies have received.

We’re being played for suckers.

On March 29, at 1120 a.m., Halifax Regional Police responded to a pedestrian and motor vehicle collision at the intersection of Robie Street and Cunard Street in Halifax.

A  40-year-old woman was crossing Cunard Street in a marked crosswalk with her two young children, age 6 and 10. She was struck by a car that was turning left from Cunard Street onto Robie Street. She was taken to hospital for assessment, the children were not injured.

The 19-year-old female driver was issued a Summary Offence ticket for failing to yield to a pedestrian in a crosswalk. 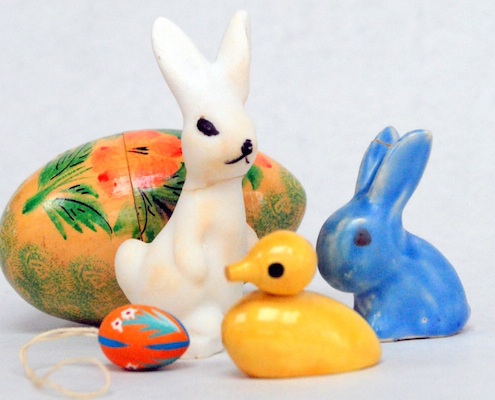 In that giant Raiders of the Lost Ark warehouse that Stephen Archibald calls home, he’s squirrelled away “some bits of material culture I bring out for an hour or two on Easter, if I remember.”

Saturday, I quoted Peggy Cameron asking, “If NSP can collaborate on grid interconnection with NB Power why aren’t we buying electricity from HydroQuebec and shutting down coal-fired generating plants?” Over the weekend, Parker Donham set out to provide an answer to that question:

So the combination of limited capacity east of Moncton and congestion west of Moncton means there is no transmission capacity available to bring significant quantities of electricity from Quebec to NS. To buy power from Quebec, ratepayers in NS would have to pay for construction of a massive transmission line through two other provinces.

Once built, such a transmission line would make NS Power a captive customer of Hydro Quebec. As Joey Smallwood discovered at Churchill Falls, that is a dreadful position to find yourself in.

Donham goes on to explain some differences in regulations concerning transmission of power in the US and Canada.

Dan Leger looks at the the Nova Scotian payroll rebate for multi-billion dollar RBC to locate a cheque processing centre in Bedford, a New Brunswick payroll rebate for multi-billion dollar Grupo Bimbo to establish a bakery in that province just as the operation in this province is closed, and the the big tax break the city of Halifax is handing to the billionaire Irvings and concludes that:

Sometimes it feels like the business development minds at the city and the province can’t see over the snow banks, so they stick with what they know. Ad hoc solutions and odd business arrangements should be the exception, not the norm.

Executive Standing Committee (10am, City Hall)—the committee will look at tweaking the governance structure of Halifax Water. This has been kicking around for a few months, but I notice that councillor Steve Craig’s request that Halifax Water board meetings be opened to the public has somehow been ignored.

Lessons Learned from the War on Science (Monday, 7:30pm, Museum of Natural History Auditorium)—Thomas Duck will review the history and future of science in Canada.

Look how much leg room they had back in the ’70s. 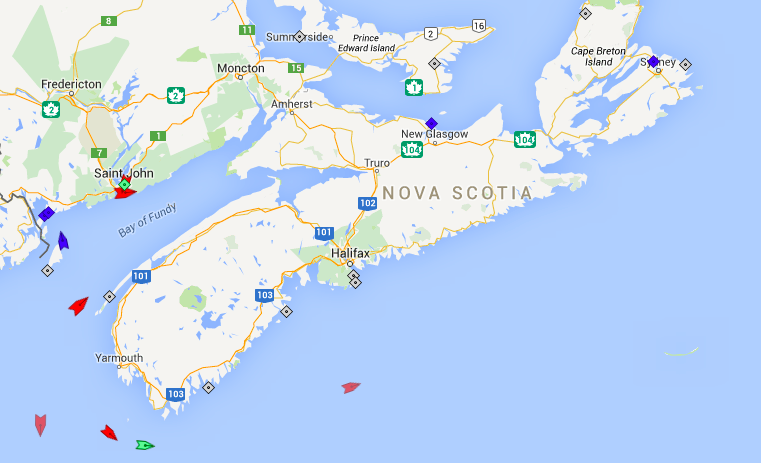 Mac Mackay thinks there may have been an oil spill Saturday at the dockyard:

No one is saying why, but the bunkering tanker Algoma Dartmouthspent a long time alongside the Dutch sub Bruinvis at HMC Dockyard Friday. An operation of a few hours, normally, took all day. Reports that the entire November Charlie camber was boomed off have also reached me, with suggestions of feverish activity. Maybe an oops.

Back to the grind today. I have a couple of articles from Moira Donovan to put up, and my own council preview as well.