There’s a police operation going on in Timberlea this morning, related to a dead man found in a house on Tiger Maple Drive. Some media reports say a shot was fired, but that’s not in the police release. Nearby residents were told to stay in their homes.

The police haven’t released the specific house address of the incident. There are eight houses on Tiger Maple Drive. One of the houses is home to Teens Now Talk Magazine; published by Jessica Bowden, the magazine is:

Councillor Reg Rankin lives nearby, on another street.

I don’t know what to make of the meningitis cases in Nova Scotia. It’s tragic when a young person dies for any reason, but I hadn’t thought of this as a particularly widespread threat to the public. Now I’m not so sure. The CBC reports that a St. Francis Xavier University suffered through two different strains of the disease: “He contracted the B strain in November and the Y strain in January. He was hospitalized both times.” Thankfully, he’s survived and is now recovering in Ontario.

Meanwhile, the Canadian Press is reporting that Nova Scotia’s Chief Public Health Officer, Robert Strang, is considering setting up immunization clinics at Acadia University, should tests show that a student recently diagnosed with the disease has the same B strain that killed another student earlier this month. The second student is being treated and is expected to survive.

A fourth case of meningitis, which was the Y strain, killed a Sackville high school student this month. 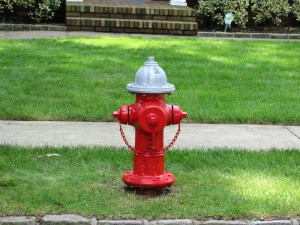 Citing unstated “security concerns,” Halifax Water is refusing to make public a map of fire hydrants in Halifax. This latest round of security theatre is as pointless as taking off shoes in airports or signing in with the commissionaires at City Hall, but hey, it keeps people afraid, so there’s that.

Anyone can simply see the fire hydrants on their street with their bare naked eyes, and can do whatever devious thing they want to do with the hydrants, no map needed. Except for now, when knowing where the hydrants are would help citizens dig them out from under the snow, a map might actually be useful. 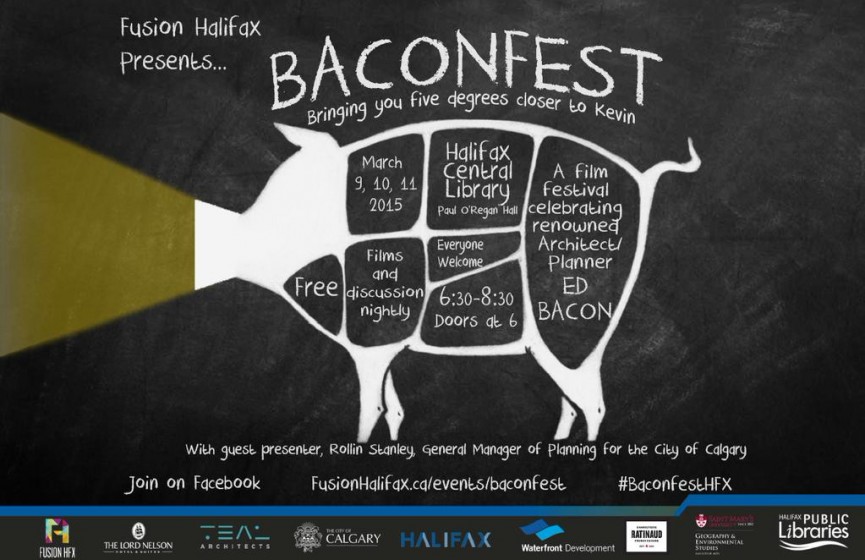 Peter Ziobrowski points us to Baconfest, an event in Halifax on March 9–11. Thankfully, and I do mean thankfully, this is not the next in the Burger Week, Sausage Fest, whatever series. THANKFULLY. Rather, Baconfest is a celebration of Edmund Bacon, actor Kevin Bacon’s father, who died in 2005. Edmund Bacon was the urban planner for Philadelphia, and “Baconfests” have sprung up all over North America to celebrate his work.

See Ziobrowski’s post for a schedule of events in Halifax, and (free) ticket info.

Stephen Archibald is no anti-vaxxer, and he’s got the certificate to prove it. (Does he throw anything out?) And, he gives us a bonus pic involving shadows, but you’ve got to go to his site to see that.

It’s about time NHL pre-season returned to Halifax. Halifax is a hockey hub of fan bases and it only makes sense that we see exhibition action annually. I still remember the last two.

The recent announcement that the New York Islanders and Carolina Hurricanes will play here is great for hockey fans and bars, but honestly, the prices for this game are absolutely ridiculous. Did I mention it’s a pre-season game? If history is a guide, don’t be surprised if your favourite player isn’t skating as they likely won’t have a recognizable roster.

Paul Vienneau is a photographer, musician, and teacher. Back in August of 1991, when he was 22 years old, he was struck by a truck while riding his bicycle in Toronto. He nearly died. He was in a coma for a month, went through 40 surgeries, was bed-ridden for a year, and went through spinal core rehab for another year. He lost a leg and use of much of his back, and still suffers from other injuries.

Vienneau has shown a resilience that gives me pause when considering my own comparatively petty complaints in life. He continued to play the bass guitar and was in several local bands, but gave that up a couple of years ago. “I couldn’t get my chair onto the stages, and I was playing with a lot of guys who were alcoholics; I was just tired of it,” he told me over the phone last night. But he still teaches bass at NSCC, recently took up photography, and is a member of Aperture Studio on Barrington Street. He’s been showing his photographs around town. 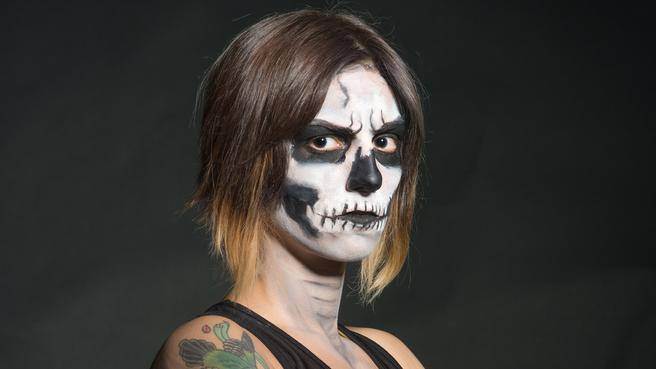 A portrait of one of the members of the Dead Ringers roller derby team. Photo: Paul Vienneau

Vienneau stared death in the face, and come out the other end embracing life, but without getting mawkish about it: “I believe the universe is an unknowable mess of chaos, and I’m cool with that,” he said.

He now has an apartment just off Spring Garden Road and is a regular feature on the street, rolling in his chair to the various restaurants and coffee shops, driving over to the NCSS, simply getting on with life as best he can.

Due to the poor state of snow and ice clearing on the street, Vienneau has been homebound for two weeks. He’s recounted his story in a series of posts on Facebook, and has allowed me to republish them here, very lightly edited. Vienneau focuses on the single barrier that has been the crosswalk from his house over to Turkish Delight, where he often has dinner. Of late, however, he’s been relying on the kindness of the staff at the restaurant to deliver the food to his apartment. He writes:

I’m not trying to cause an antagonistic situation with the city. I’m grateful to all the men and women who work their asses to make our lives work seamlessly. The issue here is there is a problem, and for weeks this crosswalk has become more impassable and dangerous for everyone, and the sidewalks were not completely plowed on “the busiest street east of Montreal” weeks after snow. Then it snows again and it gets worse.

Me, or some lady with a walker, someone pushing their child in a wheelchair, the old dude who almost flipped over sideways today because he couldn’t ride up a LEVEL SURFACE — we all deserve to go to the bank and pay bills without getting friends to do it for us, to buy our own good food from a grocer without having to eat delivery food every day, to be able to HAVE A JOB THAT YOU CAN GET TO. The disabled are underrepresented in the workplace already in huge numbers. I had to cancel photoshoots in the last few weeks because Barrington Street is a mess. I cancelled teaching at NSCC last friday because the parking lot was full of snow and slush and the blue spots are a few hundred feet from the doors.

I’ve been indoors for two weeks, not interacting with society. Emotionally it’s been getting hard to feel like I have a connection to ANYTHING. I can’t see friends, I can’t work.

Last week a bobcat tractor driver told me that “they should tell you guys to not go out in storms,” which wasn’t my point. I told him my point is put yourself in my situation. Would you accept this? And when he was leaving I said have a nice day and drive safe. “Fuck you, motherfucker” was his reply, because he thought I was messing with him. I called 311 and made a complaint, asking to see the driver and his supervisor so that we could de-rage this dude and he would know my request for him to plow down the centre of the curb cuts so that this issue today wouldn’t happen, wasn’t me shitting on him: it was me trying to connect as another person who understands he’s working hard, but I would like to buy my food, go to the bank have a job, maybe date a girl, live my life, like he takes for granted.

Vienneau called 311 back a couple of days ago and was told that his file has a “don’t call the complainant” note attached to it.

[That’s] why for two weeks this guys hatestares me every time he drives by on his little tractor. I still want to talk to him and tell him I wasn’t trying to crap on him, but it will go unresolved.

Last night, Vienneau told me that due to the ice, he hasn’t been able to make it into Aperture to take photos. “It’s been putting the zap on my brain to do the one thing that gives my life joy,” he said.

Without being able to make it across the snow-blocked and icebound curb cuts on Spring Garden Road, Vienneau has to travel down the street itself:

Yesterday, Vinneau had had enough, and went out and took care of the situation himself. “Tired guy in a wheelchair,” he said. “Going to do the city’s job”:

Vienneau went out onto the street, in his chair, breaking up the ice with the ice pick, and shovelling it off to the side to clear the curb cuts. Here’s Vinneau at work:

Five hours into the job he wrote:

Going to have to take a break in a half hour for supper and lay down because my shitty body is killing me. And my hands are throbbing.

Most of the ice is gone, then onto the snow bank to shovel out the drain in the curb to get rid of the water.

Knowing that it would freeze into an impassable mess, after supper and a nap, Vienneau went back out to clear the drain that was creating this puddle (update: in the comments, Vienneau says he had to pass on clearing the drain because it was dark): 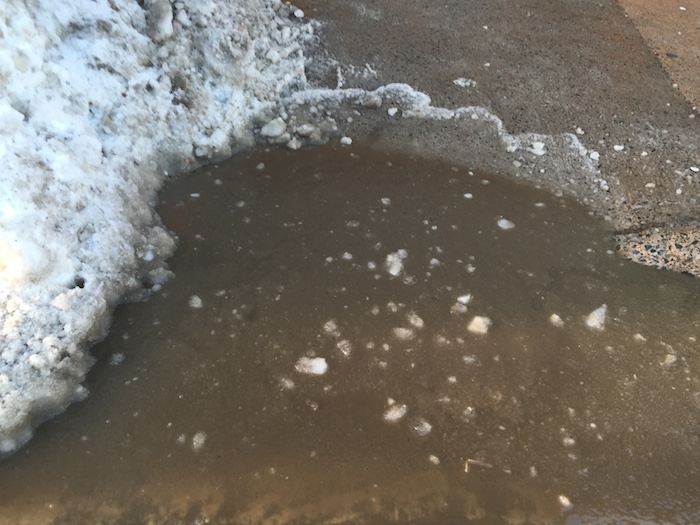 At the end of the day, he wrote:

I broke a BUNCH of ice today, my hands are wrecked, my back and shoulders are screaming, but tonight, I CROSSED THE ROAD AND BOUGHT SUPPER.

I took control for the five hours I was out there and made myself feel like it mattered. It will snow on Friday and the crosswalk will be covered again, and they will ignore it. This time, after the snow Friday and Sunday I’m going to borrow the snow shovel and ice breaking rod again and go out and shovel the sidewalk to the crosswalk, and clear the crosswalk again, until the city workers find a way to fix this. I can’t shovel the whole city, but I’m going to try and fix one tiny thing on my block in my neighbourhood.

Triumphantly, he posted this photo, captioned “Portrait of an Asshole With His Shovel”: 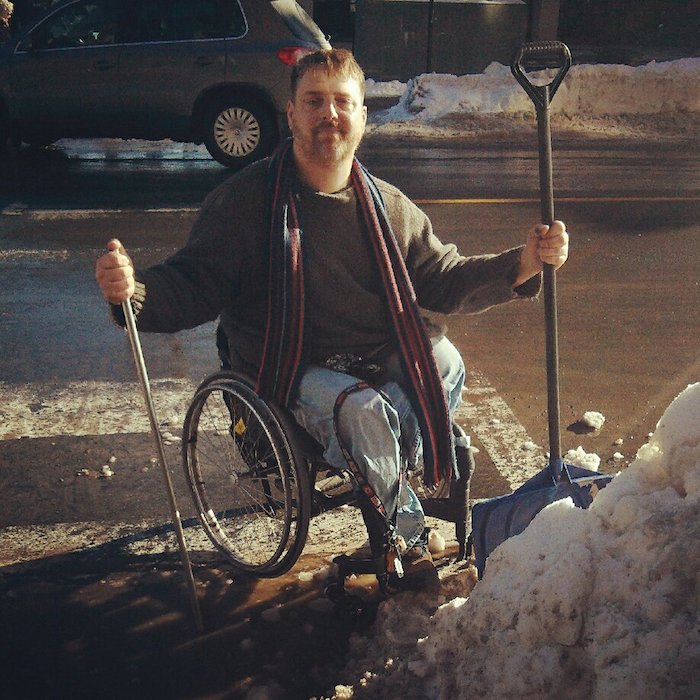 (Here’s the direct link to this section.) 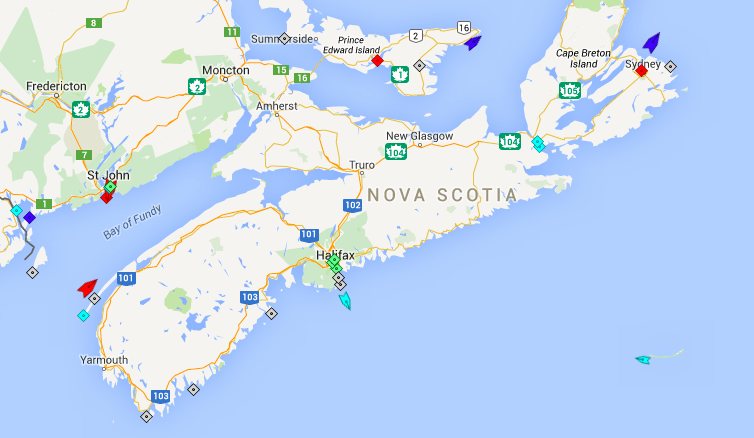 The seas around Nova Scotia, 7:15am Friday.