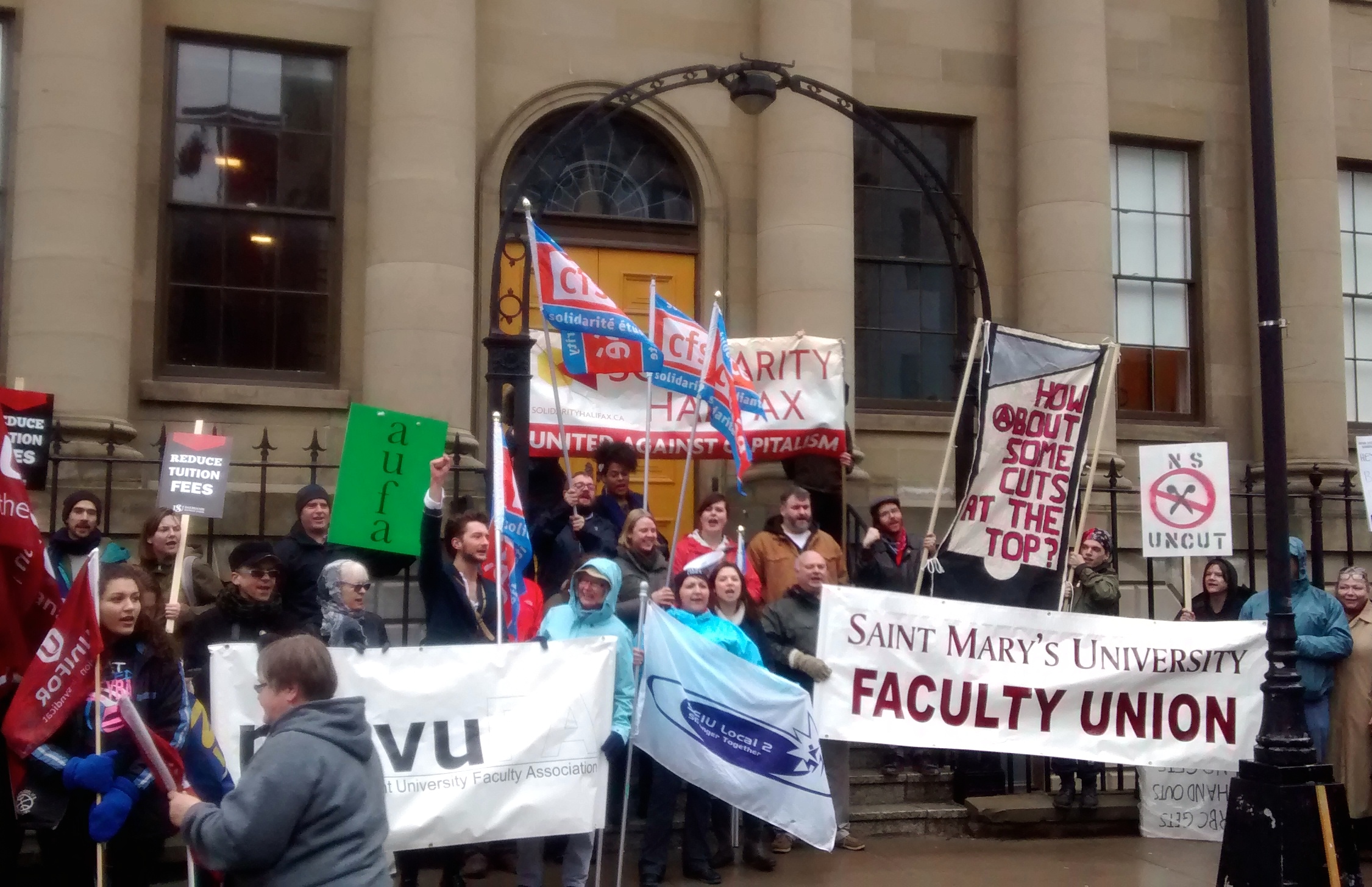 Under the banner of financial transparency and accountability, [Bill 100] would allow university administrators dealing with an actual or anticipated deficit to unilaterally trigger a “revitalization period” in which workers’ rights to grieve, collectively bargain, or initiate a collective action such as a strike or a lockout would be suspended.

Provincial funding would then be contingent on the university demonstrating its alignment with the government’s social and economic priorities, and showing “excellent collaboration with industry.”

Justice Gregory Warner has sentenced Daniel Surette and Kyle Fredericks to life in prison with not possibility of parole for 18 and 20 years respectively for the murder of Harley Lawrence. Lawrence was the homeless man who was doused with gasoline and set on fire as he slept in a Berwick bus shelter. The CBC reports:

The agreed statement of facts described how the two men went to the gas station the night of Lawrence’s death.

“It was while they were in the Foodland parking lot (right where the bus shelter was) while on their way to the Needs store that Surette said something to the effect of, ‘Let’s get the bum’ or “Let’s burn the bum,'” said the statement.

CBC reporter Phlis McGregor had tried to talk to Lawrence just days before he was murdered, and recounts her experience here, and you can hear her 2013 report here:

Halifax council yesterday approved this year’s budget. City budgets have lots of moving parts and so can be spun any number of ways, but my short analysis is this: in general, tax bills are rising less than incomes; city expenditures are curtailed, and debt is at historic lows.

After HRM was created in 1996, the municipal government was essentially out of control. The bureaucracy ballooned, debt soared, and financial controls were non-existent. So it’s not surprising that there was a strong anti-government sentiment that came to infect local politics. Initially, that sentiment provided a much-needed corrective, but over the last few years we’ve gone from sensible spending restraint to severely under-funding government, and the result is the collapse of services.

Nearly a hundred positions at City Hall are unfilled in the name of “vacancy management.” Services that should be done by public employees are instead contracted out, with predictable results. And councillors fear spending the money that’s required to do the job responsibly.

Consider the failed snow and ice removal of this past winter. There’s no better example of of failed governance and the underfunding of services. But even with that horrific experience just weeks behind us, council managed to pass a budget that doesn’t give any meaningful increase to winter operations.

I’ll have lots more to say about the budget in this week’s Examineradio podcast.

4. Bullshitter of the Day: Mark Furey 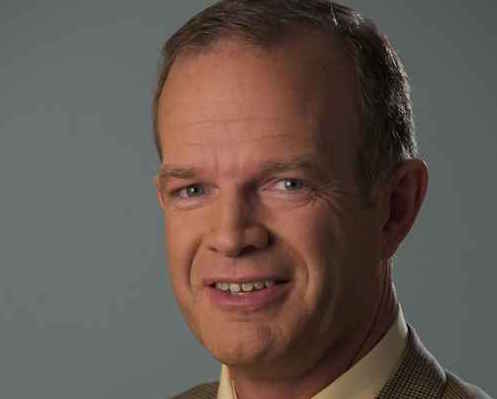 Today’s Bullshitter of the Day Award goes to Mark Furey, the minister of the newly created Department of Business, which is hiring three executives. The job announcement has all the boilerplate info, then drops this woozy of a “qualification”:

Let’s all just take a moment, re-read that sentence a couple of times and contemplate the mind that penned it, the communications specialist who OKed it, the human resources officer who posted it, and the job applicants who will read it and think, “oh yea, that’s the job for me.”

One of those job applicants will end up with a glossy business card with the title “Managing Director, Operational Leadership, Coordination and Alignment” imprinted on it. Were a sane person to land such a job, perhaps as part of a court sentence, he or she would try to restrain the homicidal rage that accompanies “collaborating” with an office full of self-important people, then at the end of the day go to the tavern, place that business card squarely on the bar in front of them, stare at it through fifteen or twenty cocktails, maybe the kind with the little plastic umbrellas sticking out of them, pick at a bowl of stale pretzels, and silently weep. But the kind of person who will actually apply for the job and, worse, get hired for it, will revel in the title, brag about being a “doer and dreamer,” spend a lifetime writing reports explicating visualizations, and go to conferences with 200 other assholes, where they’ll unironically congratulate themselves for their bold thinking.

Ultimately, the responsibility for this nonsense goes to Furey, who either approved the job posting himself or is overseeing a department so bereft of sense that such bullshit passes for deep thinking.

Just for shits and giggles, let’s read that sentence one more time:

I’m tempted to point out that the heart of the rot at our managerial class is the inability to see that “well-developed network” and “unique outcomes” are mutually exclusive, but taking bullshit seriously and trying to analyze it logically is the path to madness. It’s evident, however, that the Department of Business is just the same old bullshit wrapped in a new name.

Brenden Sommerhalder unearths an economic impact report prepared by Canmac Economics in 2008, which analyzed the film and television industry in Nova Scotia. Economic impact reports aren’t worth the paper they’re written on and anyone who uses the phrase “creative class” should be laughed out of the room, but we’re supposed to take these things seriously, so let’s:

A good-sized creative class is critical to the continuing prosperity of a city or region, and this class leads to a kind of local specialization that has global reach and this specialization builds on itself to attract more creative people and related companies. Yet, the increasing mobility factor implies that success can be temporary if the regional authorities do not constantly pay attention to the needs of this class. Regions and cities can take years to build a specialty that gives them a ‘place in the sun’, only to lose it through complacency.

Peter Ziobrowski looks at some of the earlier visions that ultimately resulted in Scotia Square. He also relates some how in the 1960s brutalism was imported directly from Eastern Europe:

The architects present an interesting collection. Elmar Tampold immigrated from Estonia, and graduated from the University of Toronto in 1953. Henno Sillaste was also Estonian, and graduated from U of T in 1960. The School of Architecture at the University of Toronto had recruited an Estonian architect from Sweden in 1949, and as a result Toronto developed a series of Estonian Modern buildings. Michael Kopsa was from Belgrade, coming to Canada in 1951 and living in Toronto, and built many brutalist buildings including Brantford City Hall.

Public Accounts (9am, Province house)—Sandra McKenzie, the deputy minister of the Department of Education and Early Childhood Development, will talk about the iNSchool Student Information System, which is how the province will create a world-class education system by replacing teachers with iPads.

Ergonomics (11.30am, Room MA310, Sexton Campus)—seminar on improving the resuscitation room: “The proposed workplace redesign based on ergonomics analysis will improve workflow and reduce congestion in the trauma resuscitation room.”

When a handcuffed Freddie Gray was placed in a Baltimore police van on April 12, he was talking and breathing. When the 25-year-old emerged, “he could not talk and he could not breathe,” according to one police official, and he died a week later of a spinal injury.

But Gray is not the first person to come out of a Baltimore police wagon with serious injuries.

Relatives of Dondi Johnson Sr., who was left a paraplegic after a 2005 police van ride, won a $7.4 million verdict against police officers. A year earlier, Jeffrey Alston was awarded $39 million by a jury after he became paralyzed from the neck down as the result of a van ride. Others have also received payouts after filing lawsuits.

For some, such injuries have been inflicted by what is known as a “rough ride” — an “unsanctioned technique” in which police vans are driven to cause “injury or pain” to unbuckled, handcuffed detainees, former city police officer Charles J. Key testified as an expert five years ago in a lawsuit over Johnson’s subsequent death.

Christine Abbott, a 27-year-old assistant librarian at the Johns Hopkins University, is suing city officers in federal court, alleging that she got such a ride in 2012. According to the suit, officers cuffed Abbott’s hands behind her back, threw her into a police van, left her unbuckled and “maniacally drove” her to the Northern District police station, “tossing [her] around the interior of the police van.”

“They were braking really short so that I would slam against the wall, and they were taking really wide, fast turns,” Abbott said in an interview that mirrored allegations in her lawsuit. “I couldn’t brace myself. I was terrified.”

The lawsuit states she suffered unspecified injuries from the arrest and the ride.

“You feel like a piece of cargo,” she added. “You don’t feel human.” 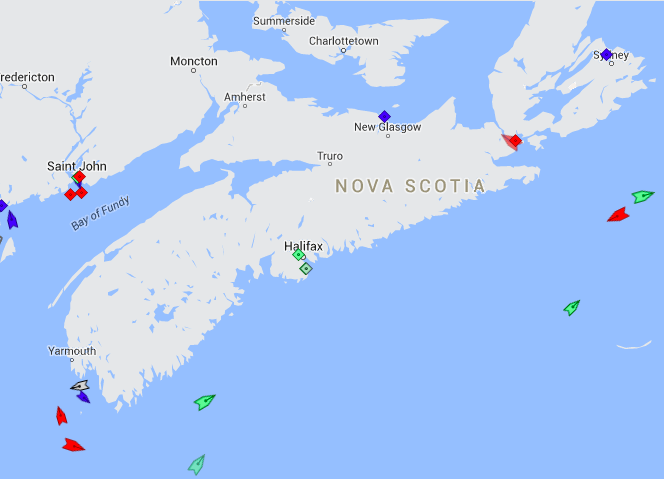 Come on, read it one more time: