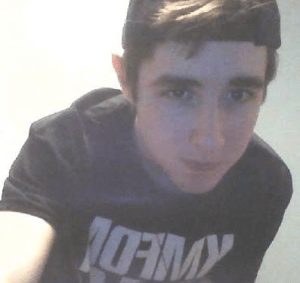 Maggie Gagnon, a childhood friend of James Gamble, the man who was reportedly connected to the thwarted mall shooting plot and who was found dead in his Timberlea home, tells the CBC that Gamble and Randall Shepherd, the 20-year-old man charged in the plot, were victims of unspecified bullying at school:

Both Shepherd and Gamble were bullied by peers, said Gagnon. When she moved to Halifax she befriended Gamble, but also realized he had been “shunned” for years.

“He was really chatty and upbeat and he talked to everybody constantly, and people would always ignore him or tell him that he was weird and strange and to go away,” said Gagnon, 20.

Gagnon claims to have introduced Gamble and Shepherd to each other:

Gagnon said Shepherd was home-schooled before Grade 10, and she was told it was because he had been bullied when he was younger.

During the middle school years, however, Gagnon knew Shepherd because they attended the same youth group at the Timberlea Baptist Church, she said.

In Grade 8 or 9, she started bringing Gamble to the youth group, where he was “never bullied” and made new friends, including Shepherd, she said. 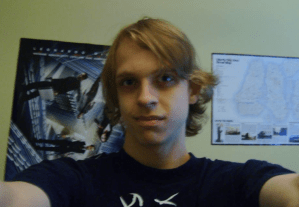 An unnamed workmate of Shepherd tells the Chronicle Herald that Shepherd had talked about shooting up his workplace, Blue Ocean Call Centre in Halifax:

“If you ask me, it was more the girl who was involved, who coerced him,” the woman said in a telephone interview Friday.

She described Shepherd as a bit of a misfit and someone who liked to smoke a lot of marijuana.

In fact, Shepherd had recently seemed happier than he’d been in a while, she said.

In December, he’d split up with his live-in girlfriend, but he wasn’t upset about it, she said. He’d told her in previous conversations that the relationship hadn’t been going well.

In retrospect, the woman said, she can’t help but wonder if something very sinister was behind her friend’s apparent upbeat mood.

“Was he happy because he was planning to massacre a mall full of people? I guess.”

In an opinion piece, Metro reporter Stephanie Taylor says on-line responses to Metro articles on the alleged mall shooting skew towards the sexist:

Two people in Halifax are accused of plotting to commit the same gruesome crime. Their guilt has yet to be determined by the justice system but, in the court of public opinion, judgment has already been cast on the suspects. One is being vilified as immoral and reprehensible. The other simply as a loner. The only difference between the two is that one is a woman and one is a man.

Taylor puts screenshots of comments from Metro’s Facebook page, linking to an article about the plot, side-by-side:

[R]eaders are calling 23-year-old Lindsay Kanittha Souvannarath a “disgusting pig” who looks like “a $5 hooker,” while her 20-year-old co-accused, Randall Steven Shepherd, is simply cast as deranged loner, for allegedly plotting to shoot up a Halifax mall on Valentine’s Day. 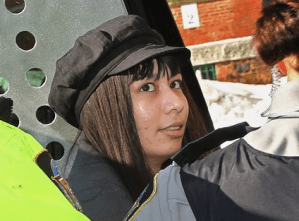 Many people have commented on Souvannarath’s “smirk,” just as Victoria Henneberry, the woman charged in the death of Loretta Saunders was accused of smirking. Taylor notices the similarity as well:

Think of the difference in responses to Victoria Henneberry, the woman charged with first-degree murder of Loretta Saunders, who was met with venomous personal attacks compared to those against her boyfriend, Blake Legette, whose criminality seemed expected.

I don’t know that there’s an exact definition of a smirk, but even a remorseful, guilt-ridden perp would likely be overwhelmed by the necessary absurdity of the theatre around court appearances for such high-profile accused murderers, and recognition of that absurdity might register on their faces. That makes them human, which is a crime in the court of public opinion.

Souvannarath and Shepherd (and Henneberry and Legette as well) haven’t yet been convicted. Heck, we haven’t even heard the evidence against them. One or more of them might actually be innocent. Gamble lies dead, his family plainly mourning the passing of the man they loved, but his guilt or innocence will never be tested in court. It’s easy to turn all these people into two-dimensional characters in a simplistic morality play, but I suspect as more information becomes available we’ll find the story is more complicated. 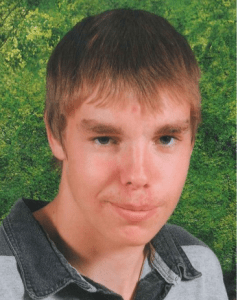 A 15-year-old boy was charged in the February 11 death of 18-year-old Christopher Chafe in Sydney. Chafe died when he fell under the wheels of a school bus outside Sydney Academy High School. Reports the Cape Breton Post:

The charge against the accused, who cannot be named in accordance with the Youth Criminal Justice Act, alleges he was negligent by pushing Chafe, which caused him to fall into the path of a school bus.

At the time of the accident, witnesses and police said Chafe and others were “playing around” when the incident occurred.

The province’s independent Serious Incident Response Team (SiRT) today released a report announcing the laying of a charge of assault against Cst. Derek Fish, a 45-year-old member of the Halifax Regional Police (HRP).

The charge relates to the arrest of a 34-year-old male on August 22, 2014 at the Dairy Queen on Dutch Village Road in Halifax for theft from another store.  That male made a complaint about the officer’s conduct in September of 2014. On October 17, 2014, the HRP referred the matter to SiRT for investigation under the public interest component of SiRT’s mandate.

Today, SiRT laid one charge of assault against Cst. Fish, alleged to have occurred on August 22, 2014.  Cst. Fish will be summoned to appear at the Halifax Provincial Court on March 23, 2015. 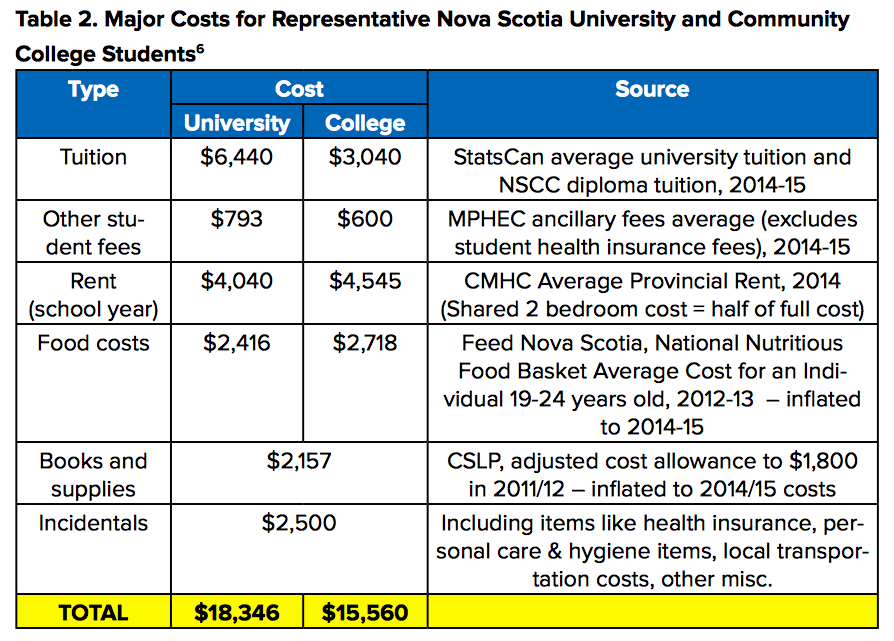 The costs of university education in Nova Scotia, as detailed in a new paper by StudentsNS.

StudentsNS says concentrating solely on tuition costs may not be the best way to address soaring student loan debts, reports Moira Donovan. Rather, governments should be looking at targeted grants and loan forgiveness. This article is behind the Examiner’s pay wall, and so available only to paid subscribers. To purchase a subscription, click here.

Too many rural towns are failing, says Graham Steele, but the province isn’t rushing them into the best solution — amalgamation with their counties — because legislators remember the political fall out from the amalgamation of HRM and CBRM in the 1990s.

Rachel Brighton points out that there’s more than a little irony in the mandate for EngageNS:

But the provincial spin being put on “engagement” through the financing of this charity is a bit rich, considering there has been a systematic dismantling of community engagement practices and institutions over the past half-decade.

Specifically, Brighton mentions the Voluntary Planning Board, killed in 2010, and the Sustainable Communities Initiative, which sort of just faded away.

Does the Liberal government think Engage Nova Scotia is a fair substitute for the Voluntary Planning Board, which had a mandate within government to be a strong community voice and to speak wisdom to power?

Bousquet answers: No. The point of Engage NS is for has-been politicians to get together and slap each other on the back while wooing the populace with their wisdom and giving the Liberal government some talking points about increasing meaningless “engagement.” Next question?

I am a walking senior. I have lived in Halifax for at least 70 years, and this is a most horrible situation. It is like we are living in a backward country. I do agree that the corners and crosswalks would be best served by having the city plow them.

“The National Oceanic and Atmospheric Adminstration has released an animation showing the decline of old sea icesince 1987, the first year for which accurate data is available on ice thickness,” reports Brian Kahn of Climate Central.

Hey, but gas is cheap. 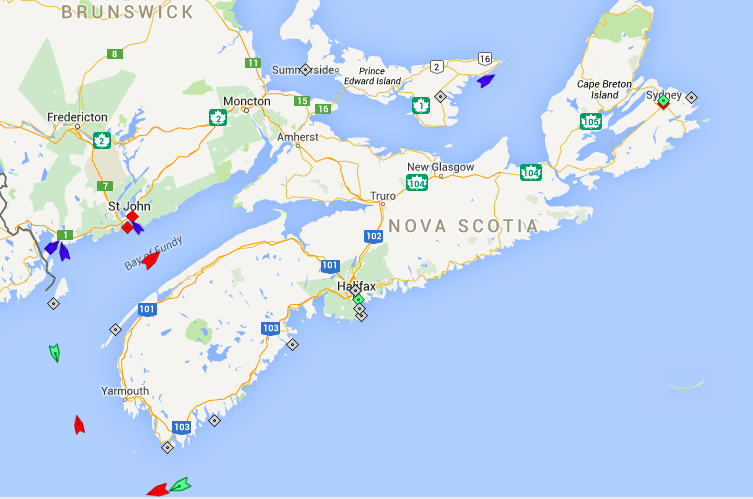