I’m Katie and I’m writing Morning File on Wednesday this week, so Tim can report some news. No GIFS today. But…..

A beautiful morning at the #Dingle! #Halifax pic.twitter.com/r3RHXkyJJH

1. Bridgewater revenge-porn case back in court

The case is back in court today. Lawyers are expected to file an agreed statement of facts; sentencing is scheduled on July 31.

One victim was pressured to send partially nude photos to her then-boyfriend, who then shared them with the group. She spoke to the CBC about the breach of her trust. “They made a lot of girls feel self-conscious or bad about themselves and lose their self-esteem and trust, and they can never get that back. What those guys did was very disrespectful,” she said. “No matter the age, they should know what they did was wrong.”

CTV News reports on a new study, from a Dalhousie economics researcher, that suggests wealthy Canadians get cared for more quickly than their less-moneyed counterparts:

“This is a key conclusion that my study showed,” Hajizadeh says. “The situation is a lot worse in two Atlantic provinces, namely New Brunswick and Nova Scotia.” 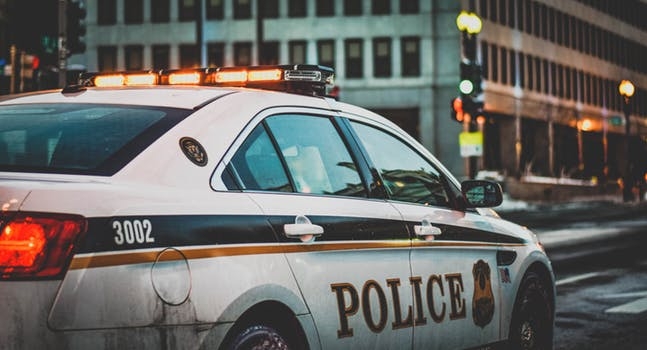 Courtesy of Matt Popovich via Unsplash

Halifax Regional Police’s Serious Incident Response Team is investigating, after a police “interaction” with a man led to a broken bone near the man’s eye.

From the police report:

At approximately 9:15 p.m. April 16, 2017, Halifax Regional Police (HRP) received information about a potential assault that may occur in Halifax. The information suggested a group of persons were attempting to locate a male in the downtown area. One of the group was said to be armed with a pipe.

HRP officers responded, and located the group, but were unable to locate a weapon. A short while later they located a 24-year-old male exiting the Niche restaurant in the Maritime Centre whom they believed may be linked to the weapon. During an interaction between the police and the male he suffered an injury to his face. He initially declined medical attention, but later in the evening went to hospital. He is now believed to have suffered a fracture near his eye.

As a result of the injury HRP contacted SiRT this morning at 2:30 a.m., at which time SiRT assumed responsibility for investigation into the circumstances of the male’s injury.

A Halifax Regional Police officer is under investigation for allegedly getting prescriptions for more than 900 sleeping pills from 12 different doctors two years ago.”

Investigators have seized Const. Rebecca Jean Jones’s medical records from her visits to two doctor’s offices in Wolfville and Halifax on May 4, 2015, and June 28, 2015. Billing was submitted to MSI for both visits.

Jones is on a leave from the force, but police spokespeople are being cagey about whether it is a paid or unpaid leave.

1. Why we need a great transportation plan 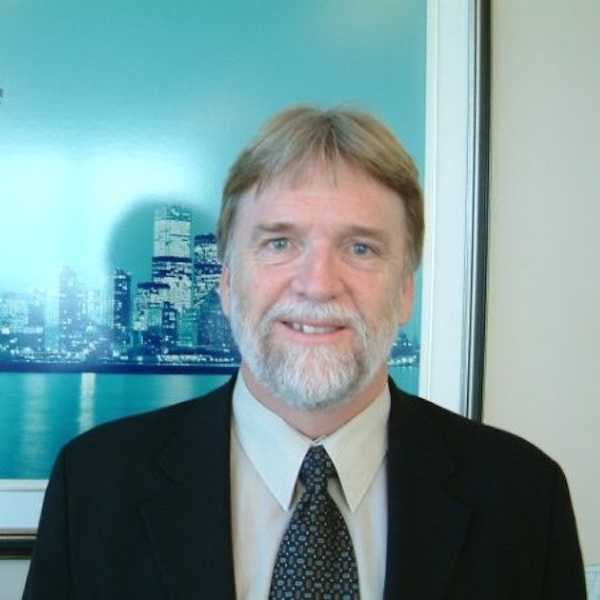 “Just about a year ago,” writes Examiner transportation columnist Erica Butler, “HRM hired Rod McPhail to head up a team of Halifax city staffers from Transportation and Public Works, Halifax Transit, and Planning and Development to write Halifax’s first Integrated Mobility Plan (IMP), a 15-year transportation plan for the region.”

Butler goes on to explain why this is a good thing, and examines what can come of it.

Click here to read “Why we need a great transportation plan.”

2. Stop comparing the Herald’s media buy to its union battle

So says Parker Donham, on his blog, Contrarian.ca. He writes:

Transcon, whose core business is printing, was eager to move inventory. It’s been shedding newspapers all across the country at fire sale prices. The money the Herald borrowed to buy Transcon’s Atlantic papers was secured by a combination of assets the lender can sell if the business fails (chiefly printing presses and downtown buildings in cities and towns across the region), and a business plan that convinced lenders the company will be able to meet its loan payments.

Money to pay the Herald’s workers, by contrast, must come from future revenues sufficient to meet all the paper’s costs, plus a return on the owners’ investment. If Lever had tried to borrow money to cover the cost of a new collective agreement, the same lenders would have laughed him out of the room.

Donham makes a point. But I think it’s optimistic for Lever to think that people across three provinces won’t notice the significant slip in quality that we’ve seen at the Herald since the strike began. People love to make fun of the Herald and say it was “always” bad because it’s the only major regional daily in Halifax. But the fact that striking reporters were recently nominated for more Atlantic Journalism Awards than writers for the current iteration of the paper should give business owners pause. 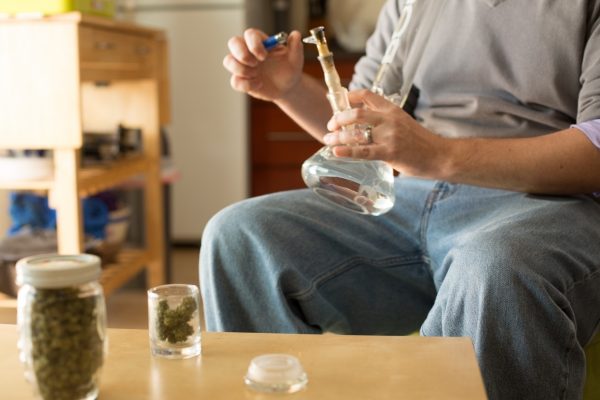 courtesy of Sonya Yruel and the Drug Policy Alliance

Jodie Emery, who is married to the so-called “Prince of Pot” Marc Emery, has some harsh words for the Liberal government’s proposed legalization of cannabis:

Under this legislation, we will see continued arrests for possession, growing and selling; harsher penalties, ranging from 14 years to life in prison for various offences; no pardons or amnesty for Canadians with criminal records; continued dispensary raids and arrests; and a new reefer madness propaganda campaign.

How is this “legalization”?

The Liberals have simply proposed decriminalizing small amounts of personal possession (30 grams) and plants (four, and they must be very small), which they won’t even allow right away. That means tens of thousands of citizens will continue to be victimized by laws most people agree is unjust.

This legislation doesn’t restrict access to kids either. It just criminalizes more Canadians by enforcing extremely harsh penalties. Many young adults will face long prison sentences just for sharing a joint with their friends. How does this “protect our kids,” or anyone at all?

It seems the legislation simply legalizes a licensed producer oligopoly.

I recently had a conversation with my bro and my husband about what life would be like stranded on a desert island. I said I’d enjoy time in the sun and living on coconuts. They informed me I would not be able to survive off whole coconuts because apparently they give you one of two horrible situations; horrible shits or no shits.

What happens next? Read the bitch in full to find out. 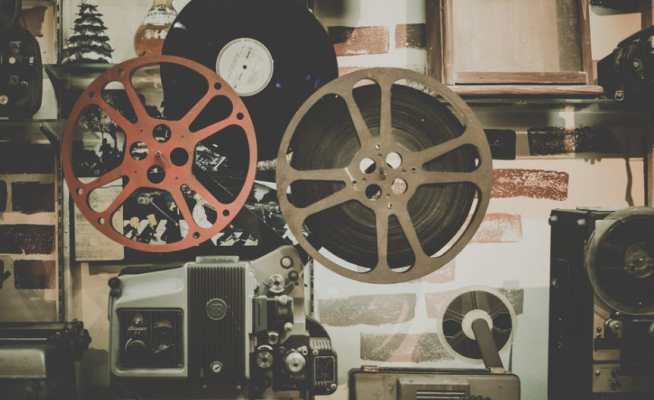 Courtesy of Noom Peerapong via Unsplash

Robert Devet reports that one of the featured works will be a documentary on the loss of the Nova Scotia film tax credit in 2015. Without Consultation is a self-funded documentary produced by filmmaker Fateh Ahmed, of Core Film Productions.

Ahmed tells Devet that much of the film is about the personal stories of former film workers trying to adapt to the cuts. “We want to convey how the government’s announcements very quickly and very deeply affected our lives.”

You can read Devet’s piece in full here.

Halifax Explosion 100th Anniversary Advisory Committee (3pm, NSCC IT Campus, Room B239) — the committee is looking for “living Halifax Explosion survivors” — who would be at least 100 years old. If they have any memory of the event, they’d have to be probably 103 years old or so. Tim says, “that’d be a hell of a first memory.” 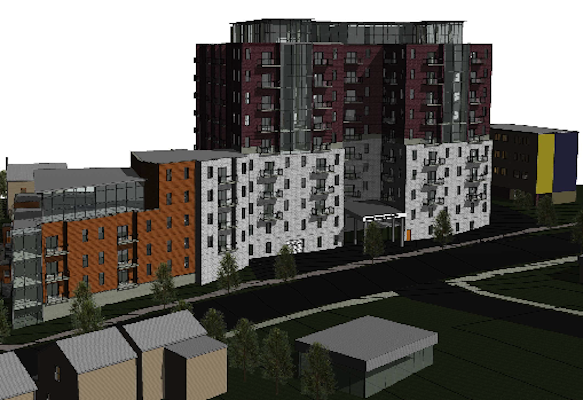 Public Information Meeting (7pm, Dartmouth Sportsplex) — T A Scott Architecture and Design has an application in to build a 10-storey, 163-unit apartment building on Portland Street across from the old Neighbour’s Pub site. The proposed building (architect’s rendering above) is enormous, will overwhelm the street and neighbourhood, and doesn’t fit with the proposed design of the Portland Street corridor as laid out in the Centre Plan. Find everything you’d want to know about the proposal here. Disclosure: Tim has a relative who is involved with the neighbourhood group organized against this proposal.

Resources (9am, One Government Place) — Jeff Bishop, executive director of Forests Nova Scotia, and Robert Taylor, president of Taylor Lumber, will be questioned.

Me and You and Everyone We Know (8pm, Dalhousie Art Gallery) — a screening of Miranda July’s 2005 film.

Good Charlotte, the early-aughts emo kids, will be in Halifax this weekend. I feel distraught about this.