You are here: Home / Featured / Develop Nova Scotia is planning to booze up the waterfront 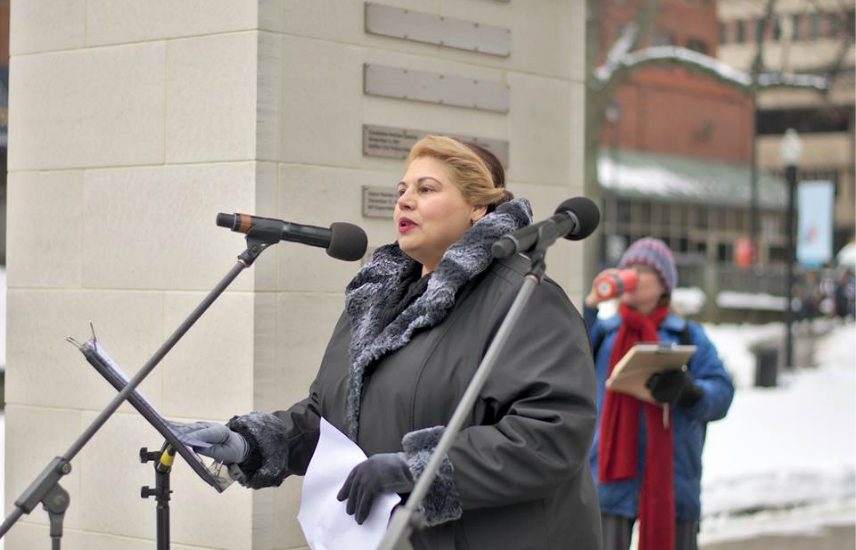 Click here to read “On Rana Zaman: Some somebodies have some explaining to do.” 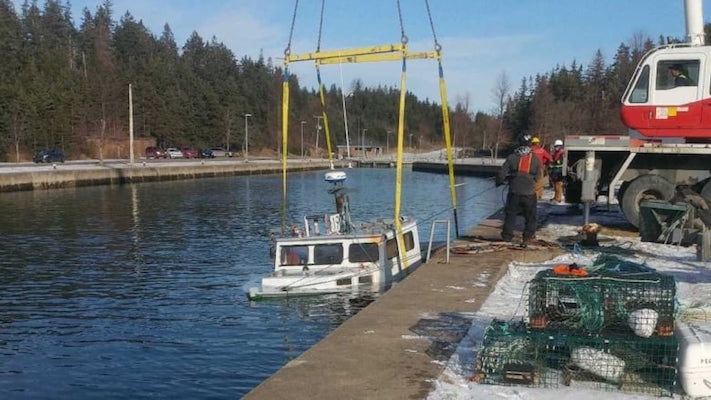 An RCMP press release from Saturday:

On December 26, RCMP received a report of a fishing boat that sunk in the St. Peter’s Canal. The boat was later removed from the canal and examined. The initial investigation has determined the incident to be suspicious.

The boat is named the April and Brothers. CBC reporter Aly Thomson caught up crew member Sceven (Seki) Anthony Bernard, a Mi’kmaw man, who said that the boat appears to have been shot below the waterline, causing it to sink:

“I’m saddened.… It’s a sad world we’re living in with so much hate and jealousy. All we’re trying to do is just make a living off our treaty rights.”

3. Booze on the waterfront

Have a relaxing glass of wine while crammed in with the schlock merchants on the waterfront. Photo: Develop Nova Scotia

Develop Nova Scotia (the former Waterfront Development) has issued a tender offer for a business wanting to operate “a high-quality food and beverage establishment on the Halifax waterfront, which provides patrons with a high-quality local culinary experience and focuses on Nova Scotia food ingredients, wines and spirits.”

“The establishment must offer a well-crafted, high-quality food menu featuring a diversity of price points, ensuring an accessible experience for all patrons… [and] beverage offerings must focus on showcasing Nova Scotia-made wines and spirits, which must make up no less than 70% of the overall beverage menu,” reads the tender offer. “A small selection of local beer [and] other beverages may be offered, but cannot be the primary offering.”

The booze emporium will be located at the “Salt Yard,” which is that area of the boardwalk around the Waterfront Warehouse. It will be among the cluster of other boardwalk businesses that were moved from north of the Maritime Museum to make way for that monstrosity of Queen’s Marque. “The Site consists of a total rentable area of approximately 3,040sf in total, which is comprised of 2,784sf of outdoor space and includes the 256sf (16ft x 16ft) wood-framed kiosk,” reads the tender offer.

For that, all bidders must agree to a minimum rental fee of $4,000/month during the summer ($2,000/month in May and October), plus a percentage of sales, albeit the winning bidder will presumably be willing to go higher than that.

I don’t know how anyone can make money under those restrictions. Maybe the tourists will like a glass of wine before getting back on the boat or heading back to the hotel, but one good weekend hurricane and poof! there goes the season’s profits.

“Just before you reach the Nova Scotia-New Brunswick border on the Trans Canada Highway, close to the truck weigh station, you pass over the route of the Chignecto Ship Railway,” writes Stephen Archibald:

This was a massive 1880s construction project designed to lift an oceangoing vessel out of the water and onto a rail car, hauled by two locomotives on parallel tracks. If it had been completed, the railway would have given ships a shortcut between the Bay of Fundy and the Gulf of Saint Lawrence. It would also have been an engineering wonder.

When money ran out in 1891 many elements of the project had been completed, but construction stopped and the works were ultimately abandoned.

A recent newspaper story reported that piles of cut sandstone, assembled for the project, were being lost as the shoreline eroded, and the province was encouraged to step in (we own the site). This reminded me of the time I visited, in 1983, and here are photos of what we saw then.

Our little group were friends who had an interest in industrial archaeology, and occasionally we would visit sites. Mary Ellen Herbert, in blue, was our guide on this expedition. She had taught school in nearby Amherst and knew the stories and sites of the ship railway. She was also an early and enthusiastic promoter of more local history in schools. 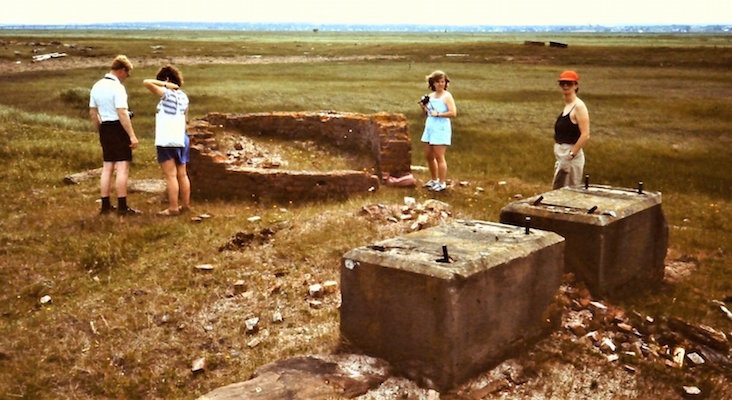 This is actually a two-fer from Archibald. In his postscript he tells of a nearby site he visited:

The next day Mary Ellen took us to see remnants of a hugely successful, 19th century industry: grindstone quarrying.

Just down the shore from the fossil cliffs of Joggins are reefs of sandstone, especially suited for use as grindstones. Throughout the 19th century blocks of stone were quarried at low tide, and lashed to boats that would then be lifted by the Fundy tides. The stones were floated to shore for finishing.

Some large grindstone blanks could still be seen on the beach, abandoned when a flaw was discovered in the stone. 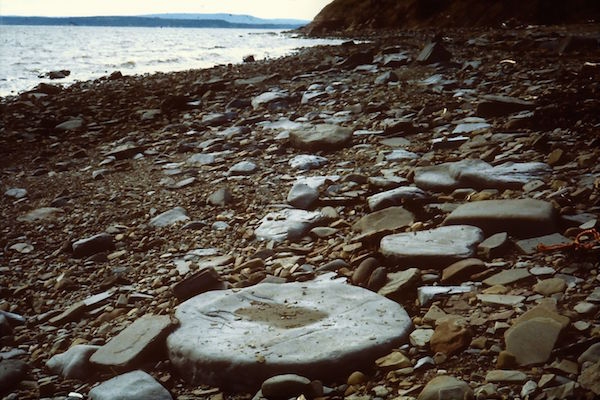 It’s a dead news week, and I’m not one to do year-end “best of” lists or look forward pieces (never make predictions, especially about the future). Were I better prepared, I’d have spent the last few days writing something specific for today, but instead I’ve been working full-time on my other job, preparing for a lengthy (two-day) interview later this week.

Which is to say, I uncharacteristically find myself at 7:30am with an hour and a half to kill and nothing to write about. And so, I think I’ll bring readers in as I de-clutter my bookmarks, removing the dead or no longer relevant links. Here’s what I’m removing:

The Star Halifax: It’s with great sorrow that I’m saying good-bye to the little paper that could. And I’m also cancelling my subscription. I’ll give some thought later today about where to redirect the money; I have a budget for subscriptions, and I mostly apply it to local and start-up media organizations.

Scrolling through my “news” folder is like walking through a military cemetery, reading through a list of dead soldiers. I’ve kept some of these bookmarks around for years out of a sense of dedication to their memories: don’t forget about the sacrifices, the journalistic battles, the drunken nights at the dive bars, lest one day you too will be forgotten, Bousquet. Ah, but to hell with such sentimentality. Away, Local Xpress. Begone, OpenFile. I loved you, Outside the Circle and Needham News, but it’s time to get on with my life and find new love. 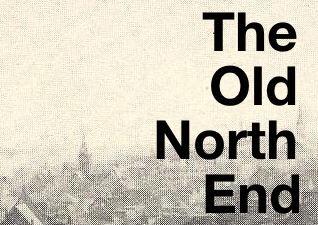 Moving over to my “Blogs” folder, it’s time to say good-bye to The Old North End, View 902, Law Lore, and Food 4 Thought (that last is especially painful), all still archived on the internet, but none of which are active.

Perhaps my saddest bookmark folder, however, is the one labelled “Working Projects,” which should maybe be renamed “Shit I never got around to” — webpages I bookmarked with the idea that they would be useful for some future project that never came. It’s an odd look at my scattered brain, like a collection of science fiction stories about possible universes.

That isn’t metaphor. When I started this enterprise I had no idea if it would work, but I figured if the Examiner were a financial flop I’d get a job somewhere flipping burgers or tending bar, and direct my writing energies to writing science fiction; I’d be a Philip K. Dick wannabe, popping pills and banging away at a keyboard but unlike Dick, writing only idiotic schlock. (Hey, we all need goals.) 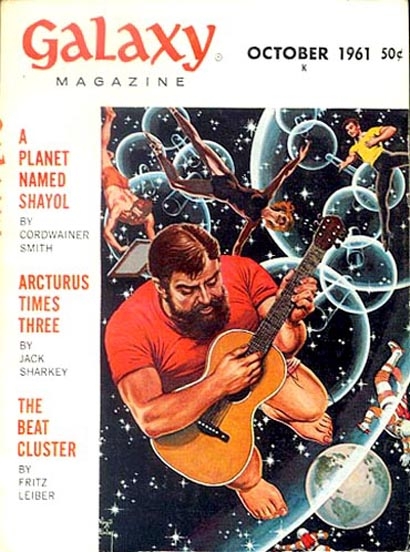 So the very first bookmark in my “Working Projects” folder is to the wiki page for A Planet Named Shayol, the short story by Cordwainer Smith:

Mercer has been convicted of a crime that has no name. He is condemned to the planet Shayol, from where they broadcast the screams of the damned on the occasion of the Emperor’s birthday. He is conducted to a satellite orbiting the planet, where he expects his punishment to start, but is treated like a patient in a hospital.

After medical procedures to prepare his body for survival on Shayol, he is sent down to the surface and received by B’dikkat, a bovine-derived underperson who is the caretaker of the prisoners there. Underpeople are human in appearance but derived from animals, and are treated as property. Depending on their ancestry, they may be bigger or smaller than a true human. B’dikkat is much larger. He checks Mercer to see that he is ready and sends him outside the reception building. B’dikkat himself never leaves without a huge, heavy protective suit.

Why’d I bookmark that? It sounds horrible, even for a pill-popping keyboard banger writing idiotic schlock.

I have a few other bookmarks that span across the spectrum from science to science fiction. There’s “The Ethics of Terraforming” — I’m totally against putting people on Mars or wherever, which I realize is an unexpected stance from a wannabe science fiction writer but good dog in heaven, our species is a cancer that is already destroying one planet, why should we be allowed to start mucking up the rest of the universe as well?

“Weird worlds: The solar system’s 10 strangest moons” catalogs, well, exactly what it says it catalogs. I had kinda worked up this idea for a story about people landing on the icy surface of Europa or Enceladus and drilling down into the ocean below, only to disturb the lives of some octopi-like creature that had been going about their own business peacefully until those damned mucking-up-shit humans arrived, and then the only way to preserve their peaceful ways was for the octopi-like creatures to use their vast intelligence and superior wisdom to learn how to build spacecraft and fly to Earth to rid the solar system of the cancer that is humanity. It was going to be great, with octopi-like creatures slipping through the cities of Earth and destroying stuff with their eight arms.

I may have issues.

But as the Examiner proved to be an actual job, I pragmatically moved away from my science fiction fantasies and started bookmarking webpages that might be worked into news stories with a local angle. I have vague memories about what some of these were about, others I haven’t a clue: “How Safe Is the Artificial Turf Your Child Plays On?”; “The Bold Promise,” a now-dead link to a city webpage about how bold we were going to be; “Teaching The Camera To See My Skin” (back in the film days, the manufactures of film actually formatted their product to favour representations of white people and disfavour black people, and those biases have been brought into the digital age); “Meet Joseph Seiler,” the first “life coach” I came across, which was to be the start of a hilarious investigation into such people; “The Troubling Dean-to-Professor Ratio“; “Mothers of the Municipality: Women, Work and Social Policy in Post-1945 Halifax,” a Google book I found apparently because I had googled “Catholic Home of the Guardian Angel.”

I have hundreds of more bookmarks to wade through, but time’s a-wasting; I have to get back to preparing for my interview. Maybe I’ll return to the bookmarks at the end of next year.

No events this week.

Philip Moscovitch is writing tomorrow’s Morning File (and so it will likely be much more interesting than today’s), so this is likely my last published piece of the year. Happy New Year, all, and see you next year.