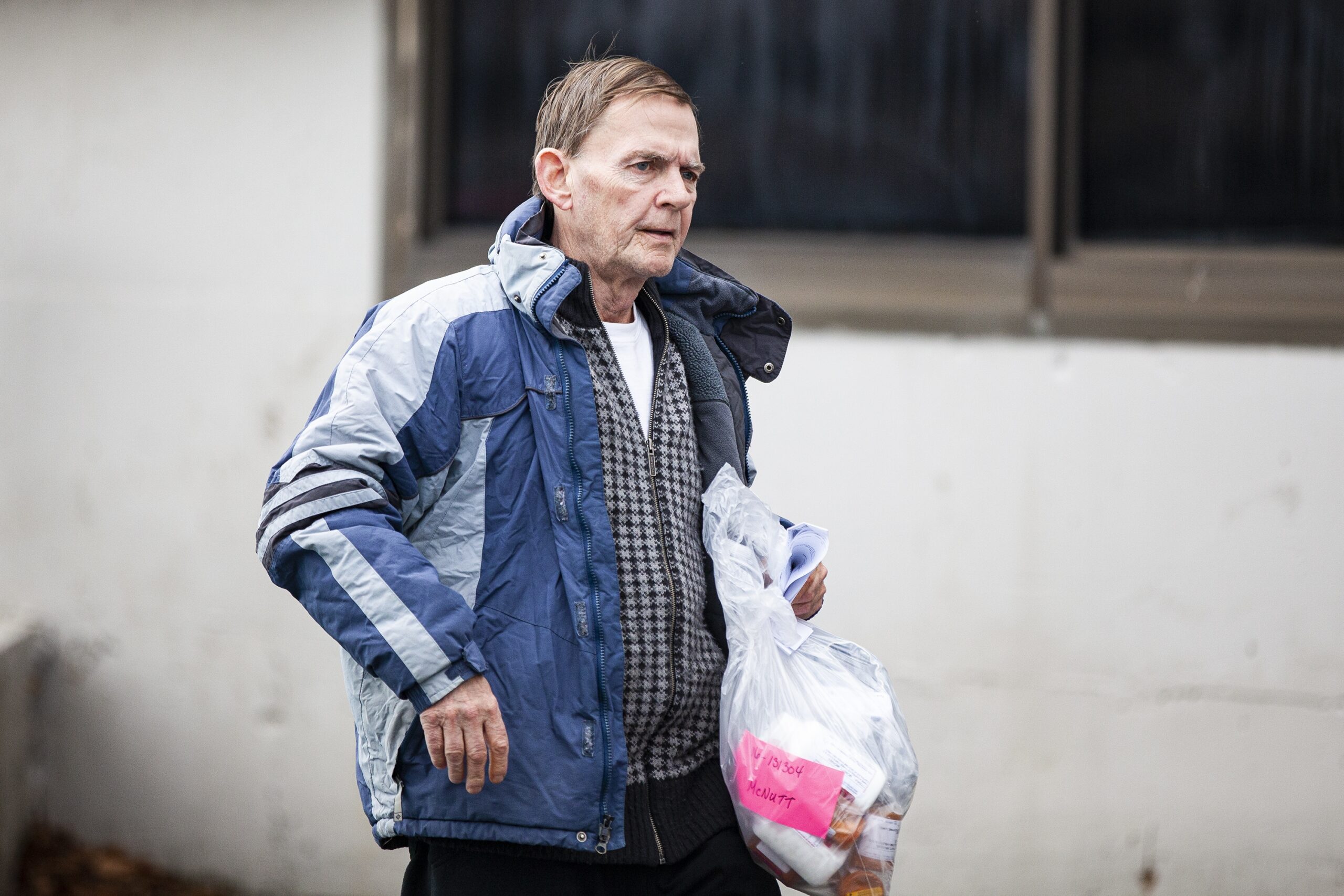 That’s how Justice Jamie Campbell of the Nova Scotia Supreme Court described Michael McNutt’s sexual abuse of 34 boys in Halifax and Dartmouth over a 19-year period, from the early 1970s to the late 1980s.

It took Campbell more than 20 minutes to detail the 35 charges McNutt had pleaded guilty to — they included Sexual Assault, Indecent Assault, and Gross Indecency.

Campbell agreed to the Crown’s suggestion, and sentenced McNutt to 15 years in prison. McNutt is now 67 years old; if he serves his entire term, he’ll be 82 on his release. I’ll explore McNutt’s life at a later time.

Campbell read aloud one of the victim impact statements submitted to the court. It reads:

When I was sexually abused by Michael McNutt, as a prepubscent boy, it left me with a feeling that is hard to put in words. I thought I was going insane. I had no sense of myself or my place in the world. It left me feeling extremely alone, numb, and detached from reality.

I never played hockey again. School became about enduring crippling anxiety, and life seemed to lose all the joy. A child has no compass with which to navigate such turmoil. I was not emotionally mature enough to comprehend what had happened and my role in the abuse. I just felt shame and guilt like I was a bad person with a terrible secret.

I struggled with this side every day, especially the next school year, because I was back in his classroom with him as my teacher and homeroom where he had full authority over me and my grades. For the next 40 years, that scared guilty, ashamed child has been locked inside of me.

I did what most abused children do. I locked him and his terrible secret up in a very dark place inside of me. I hid him away from life and was terrified that somehow someone would realize he is there and my secret would be revealed. I tried very hard to pretend that I was OK and normal and just pushed the scared little boy out of my mind as much as possible.

He would reappear through the years, mostly in situations where I had to trust someone. He would reemerge and fill me with dread because he was scared to get hurt again. I’ve lived with this scared little boy in the shadows of my psyche for decades. He’s permeated all areas of my life. All my relationships, personal and professional, have been tainted by his presence. I have hated him, shamed him, denied him, and even blamed him.

He was just a frightened, sad, lonely little boy.

Most of all, Your Honour, I want to tell him that I love him very much.

Justice Campbell then obliquely addressed the elephant in the room: what about other adults who either facilitated, ignored, or down-played McNutt’s predation? Said Campbell:

How could this happen? How can a man holding various positions of authority abuse 34 unrelated children and adults undetected over a period of two decades?

How? How can this happen?

In the indictment documents, two instances stand out. One involves a man identified as “J.G.” in court records. As I reported previously:

One of the victims was then 11 years old. He “and his friends had been going to J.G.’s trailer at the end of Gaston Road where they engaged in sexual activities with J.G. J.G. promised [the boy] and his friends alcohol, drugs and a dirt bike. One day, J.G. said he wanted to introduce [the boy] to a friend of his, Michael McNutt.”

McNutt hung out with the boys for the next two years. “During this time, McNutt performed oral sex on [the boy] on multiple occasions at multiple locations in the city. During some of these occasions, [the boy’s] friends were present and McNutt would perform sexual activities on them, as well as encouraging [the boy] and his friends to perform sexual acts on each other.”

And a man who lived at the end of Gaston Road introduced McNutt to another of his victims, a 10-year-old.

Who is J.G. and why hasn’t he been charged?

There were other adults who clearly were aware of the sexual abuse. One disturbing instance was detailed by Justice Campbell yesterday:

Mr. McNutt worked as a teacher at Sir Robert Borden Junior High in Dartmouth from 1977 to 1983. As a result of complaints from parents about his behaviour with students, he was given the opportunity to resign. In 1983, he resigned from his position. He started teaching again as a substitute with the Halifax District School Board in May 1985.

Campbell didn’t — and court documents obtained by the Examiner don’t — name the officials at the school or the school district who did not call police but instead allowed McNutt to resign, in effect allowing his predation to continue for another six years.

But the school officials weren’t alone in looking the other way. There were clearly adults associated with sports teams and sports leagues who knew or should have known about McNutt’s abuse — some of them were in the same room as the abuse was happening, asleep in a hotel room, for example.

And, while I have agreed not to publish details about the police investigation, I will say that other adult men were being investigated for complicity in McNutt’s abuse. I would describe these men as part of a circle of predation, looking for, finding, and trading boys among themselves. Maybe that part of the investigation didn’t hold up and so went nowhere. Maybe the police simply can’t find those men to charge them. Or maybe there isn’t enough evidence to charge them. I don’t know.

But I do know this story is much more than “one depraved man preys on children for nearly 20 years.” It’s a story about a community that to some degree facilitated that abuse, allowed that abuse to happen, and then either downplayed it or ignored it. It’s a story about dozens of boys who were victimized, suffering the consequences of the abuse into adulthood.

And, perhaps, it’s a story of reckoning and, hopefully, of healing.