You are here: Home / Featured / Department of Lands and Forestry employees are lobbying the government to delay cleanup of Boat Harbour 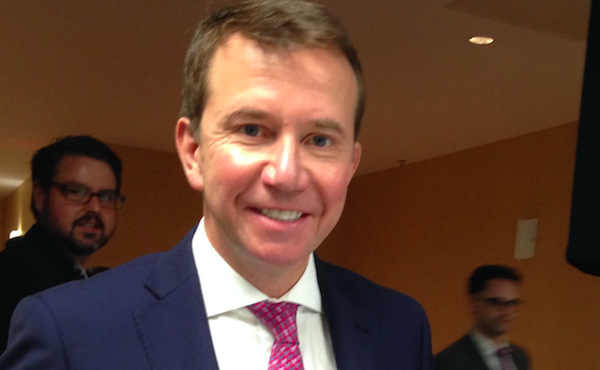 “Being the President of the Treasury Board is a bit like peeing in a dark suit,” chuckles Scott Brison.“It gives you a warm feeling, but nobody notices.”

Brison, the Liberal Member of Parliament for Kings-Hants, resigned his Cabinet post a couple of weeks ago and, after 22 years in public life, announced he would not be standing for re-election. Wednesday, he gave the keynote address at the Atlantic Conference on Public Administration. “Scott Brison Unplugged” was an irreverent and inspiring pep talk to an audience of mostly masters students and civil servants. 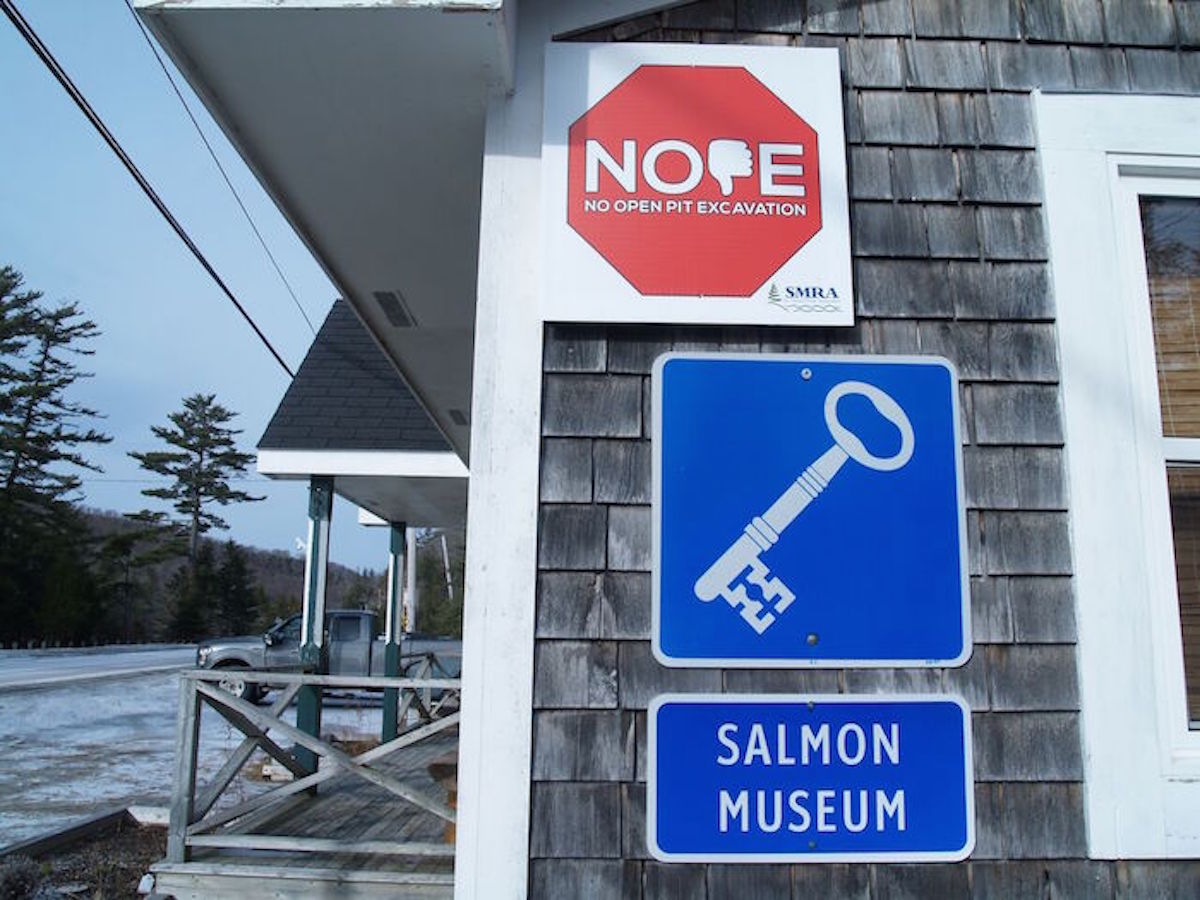 “For many years, when the St. Mary’s River Association (or SMRA) held meetings in Sherbrooke on Nova Scotia’s Eastern Shore, the group members’ purpose was primarily to report on the headway they were making in their efforts to achieve their vision of ‘Health for our river, the Atlantic salmon and our community,'” reports Joan Baxter:

For many years, when the St. Mary’s River Association (or SMRA) held meetings in Sherbrooke on Nova Scotia’s Eastern Shore, the group members’ purpose was primarily to report on the headway they were making in their efforts to achieve their vision of “Health for our river, the Atlantic salmon and our community.”

Members would gather in the St. Mary’s Education and Interpretive Centre, which volunteers from the community built in 2001 with financial help from supporters of their cause.

The interpretive centre, which doubles as a salmon museum, is a testament to the storied history of the river. It is filled with exhibits of fly-fishing gear through the ages, photos of species at risk such as wood turtles, and of huge Atlantic salmon specimens that could once be caught in the river. There is also a display devoted to famous anglers who have fished in the river over the decades, including the legendary American baseball player, Babe Ruth. 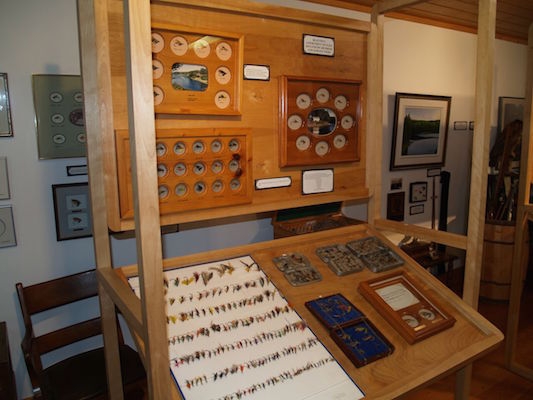 Since it was formed in 1979, SMRA volunteers have worked on countless projects to try to improve the health of the river and the local economy that revolves around it.  The aim, according to SMRA president Scott Beaver, is to restore the river and the salmon population to a state that will permit a catch-and-release fishing season in the river. 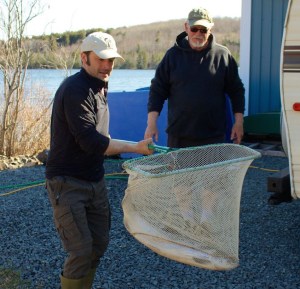 In 2017, 60,000 salmon fry and 21,000 sea trout fry were released into the St. Mary’s River, and SMRA also promoted recreational and tourism opportunities in and around the river.

In recent years, with financial support from the Department of Fisheries and Oceans and other sponsors, SMRA has worked on $1 million worth of restoration on almost 20 kilometres of river habitat. It is the only river in Nova Scotia with a salmon recovery plan.

Past issues of SMRA’s annual newsletters offer a glimpse of the astounding amounts of unpaid time, energy, and enthusiasm that people in rural communities devote to trying to make their small parts of the world better and healthier places. The tone of the newsletter is always upbeat, the reports brimming with optimism and positivity.

The SMRA meeting held this week was not.

Baxter goes on to relate that SMRA fears the proposed Cochrane Hill gold mine will poison the river and destroy the recovering salmon fishery, and so the group and others river friends have organized a “No Open Pit Excavation” (NOPE) campaign in opposition to the mine.

This article is not behind the paywall, but come on, subscribe anyway; it costs real money to put this stuff together.

From the Healthy Forest Coalition via Nova Scotia Forest Notes:

“The Department of Lands and Forestry has mandatory legal obligations under the Endangered Species Act that have not been fulfilled,” explains retired Acadia University biology professor Dr. Soren Bondrup-Nielsen, president of Blomidon Naturalists Society, one of the parties to the legal proceedings. “We’re simply asking the Court to tell our government to do what it is already required to do by law.”

In court documents filed today, the applicants allege that the Department of Lands and Forestry (formerly the Department of Natural Resources) has failed to meet its legal obligations with respect to 34 species, including mainland moose, wood turtle, bank swallow, and a host of other species designated at risk in Nova Scotia.

“The Department has not yet identified core habitat for our mainland moose, a requirement that is now over-due by more than a decade,” says wildlife biologist Bob Bancroft, president of the Federation of Nova Scotia Naturalists (also known as Nature Nova Scotia).

The legal documents allege that the Department of Lands and Forestry has not yet identified a single acre of core habitat of threatened and endangered species, despite the legal requirement to do so under the Endangered Species Act.

Other short-comings noted in the documents include failures to appoint recovery teams and create recovery plans within the time-frames required under the Act.

“This is a rule of law case,” notes Jamie Simpson, lawyer for the applicants. “The Act requires the Minister of Lands and Forestry to do certain things towards the recovery of species at risk in Nova Scotia. We are asking the Court to uphold the rule of law and require the Department to abide by the Act.”

The Department’s short-comings with respect to species at risk has been reported several times. In 2015, the East Coast Environmental Law Association published a report calling on the Department to address the alleged violations of the Species at Risk Act. In 2016, the Office of the Auditor General of Nova Scotia published a review of the Department’s track-record on species at risk, noting the alleged failure to fulfill mandatory requirements under the Act. 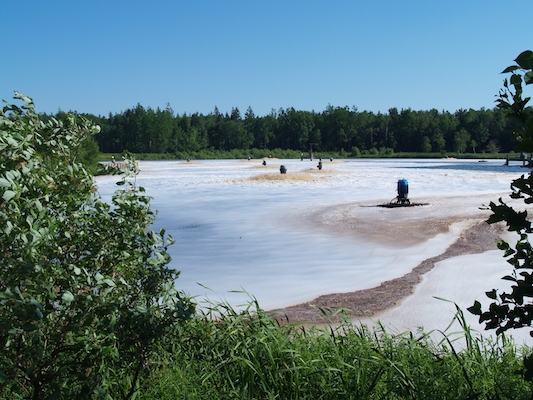 The Executive Committee of the Nova Scotia Forest Technicians Association has sent a letter to all the groups members, urging members to lobby the government for an extension on the deadline for ending Northern Pulp’s piping of mill effluent into Boat Harbour. The letter reads:

As your executive, we are graciously asking for your help in order to show a collective voice in support of Northern Pulp and an extension to the January 2020 Boat Harbour Act deadline. The extra time is necessary for Northern Pulp to complete the construction of a new, environmentally responsible onsite treatment system. Those opposed to the project have been very vocal and our government needs to hear the voices of the people who are in support of Northern Pulp and their vitally important role within the forest industry. If you would like to help, you can simply send an e-mail to your local MLA with a message urging an extension amendment to the January 2020 Boat Harbour Act Deadline (please see link below to access MLA contact information). Also, attached is an example of a letter that can be used as a message and sent directly to Premier Stephen McNeil. Without Northern Pulp our $2.1 billion forest industry is at risk and along with it the livelihood of thousands of workers including many forestry professionals.

Membership in the Forest Technician Association is limited to “graduates of a school/college of Forest Technology, recognized by the NSFTA.”

All well and good; this is a free country, people can say what they want…

Is it a problem that one person on the Executive Committee — Rick Andrews — is also an employee of the provincial Department of Lands and Forestry?

And although they didn’t sign the letter, along with Andrews, five other department employees — David Steeves, Derek Gilby, Jim Rudderham, Cheryl Rudderham, and Ian Gunn — sit on NSTFA’s Board of Directors?

I’ll let others debate the ethics of government employees lobbying the political establishment on issues related to their public service careers — school teachers might have some interest in this — but however that debate falls out, this sure looks to me like “regulatory capture.” It’s long been said the regulatory regime at the old Department of Natural Resources, now Lands and Forestry, is in the pockets of the forest industry, and the Forest Technicians’ letter supports that argument.

I should’ve had guest writers for this week’s Morning File as well. Still working on something.