This article is behind the Examiner paywall and so is available only to paid subscribers. To purchase a subscription, click here.

The short of it is that a fuel leak went undetected at the Burnside transit garage for four months. The leak was only discovered in April of last year when employees at a car dealership on Windmill Road, a kilometre down the hill, noticed fuel in a drainage ditch and alerted Halifax Water. Workers came and traced the ditch all the way back to the garage, and told Halifax Transit that the garage was likely the source of the leak, but transit managers said that wasn’t possible. Another six weeks would go by before Halifax Transit acknowledged the leak.

How is it possible that no one noticed 200,000 litres of fuel had gone missing? Good question.

Costs related to the environmental cleanup and the lost fuel now total about $2.7 million. No one has been fired nor, so far as I know, even disciplined. Mistakes happen, see.

Via her Twitter feed, Global reporter Natasha Pace said that students “believe as many as 47 girls have had their intimate photos shared online” and that students said the photos were being shared via a dropbox account.

Lawyers hoping to line up clients for a class action suit related to the crash of Flight 624 held a meeting of passengers yesterday. About 40 attended.

In late April, she wasn’t able to fly to attend a special mother’s weekend with her daughter at Oregon State University.

Another passenger, Lianne Clark, told the Canadian Press that “she has quit a job she commuted to in Ottawa and has taken a pay cut to stay in Halifax because she is less comfortable flying since the accident.” 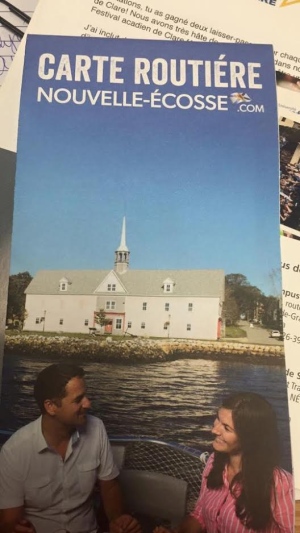 Remember when the new Nova Scotia Tourism Agency was going to do tourism right, and not muck up everything like those damn government bureaucrats did? Good times.

The Nova Scotia government is going to destroy 20,000 tourist maps because of an embarrassing mistake.

The French-language version misspells the word road in the title — road map or “carte routière.” In the printed maps, the accent is on the right letter but it’s the wrong accent.

It will cost the province another $5,000 to reprint the corrected map.

Yes, the maps were probably designed back when Tourism was part of the Department of Economic and Rural Development and Tourism, and yes, the same people that worked at ERDT now work at the Nova Scotia Tourism Agency, but now everything that goes wrong in tourism is the fault of the Tourism Agency. You wanted the responsibility; you’ve got it.

Well, maybe if we mistakenly lose the French tourists we’ll also mistakenly get the Albertan tourists:

Over the weekend, a social media user pointed out that Calgary-based Anderson Vacations’ trip planner includes an 11-night tour of Newfoundland.

On the map, Gros Morne is roughly where Inverness would be, and Twillingate is sitting right where Glace Bay should be. 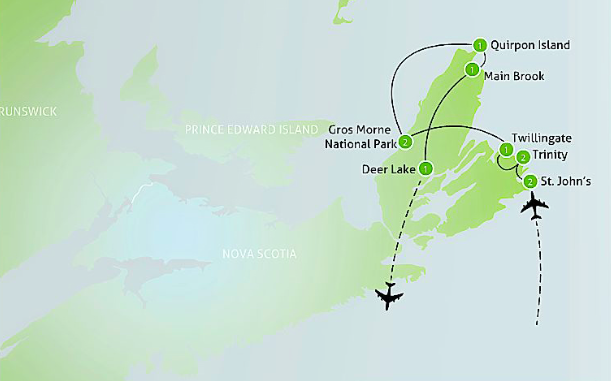 The same ridiculous brick-and-mortar restaurant vs. food truck battle that’s played out in every town in North America has finally come to, of all places, Pictou.

Barry Randle and Camille Davidson, owners of the Stone Soup Cafe in downtown Pictou, sent a letter to the town council expressing their outrage that someone dares to compete with them, reports the New Glasgow News:

“We are a year-round business serving Pictou and we pay high commercial taxes for the privilege of doing so,” the letter said. “We depend on the extra business of the summer season to offset the losses incurred during quieter winter months.”

The letter added that year-round businesses such as Stone Soup are already at a disadvantage compared to seasonal businesses that are not “burdened as heavily by municipal property taxes.”

“To allow transient food truck traffic outside of special events, like Lobster Carnival, will severely hamper our ability to compete fairly on a year-round basis and will gravely affect our viability of our business,” it stated.

It’s remarkable any food truck wants to do business at all in the town, as the weekly permit fee for food trucks is $275. By way of comparison, Halifax charges food truck vendors $915 per year.

Restaurant owners have this all wrong. Compare it to the news industry. Imagine if, say, the Chronicle Herald said that the Halifax Examiner has an unfair advantage over the daily because I don’t have to pay for newsprint and printing presses — and all the taxes that go along with them — so therefore the city should outlaw wifi that can access the Examiner within 100 feet of every Chronicle Herald box downtown. That’s roughly what brick-and-mortar restaurants are arguing when they want food trucks excluded from the business districts around their restaurants.

But even on the competitive issue, the restaurants have it wrong. Just as we become a better news consuming town the more news media outlets we have — when there are lots of media operations doing good work, more people consume news — establishing an area as an oasis for lots of good food options improves everyone’s business. It’s not that people either eat the Stone Soup Cafe or the Whack It Down Yer Neck food truck and that’s the end of it; rather, people either eat in downtown Pictou or they go across the bridge to downtown New Glasgow — or they stay home and cook. Making downtown Pictou a food destination improves everyone’s business. And being a food destination means having a broad mix of options, including seasonal food trucks.

About those seasonal food trucks. I know they’re all the rage right now, but this isn’t Los Angeles or even Portland, Oregon. This is Nova Scotia, where it rains. A lot. Locals are wonderfully optimistic when they schedule outdoor events. I think of the organizers of the Stanfest Musical Festival, which seems to be plagued every other year with torrential rain or a hurricane or a deluge of locusts, and yet they continue on, defying the rain gods, year after year. Just living in this place demonstrates an astounding amount of pluck, and good on ’em, but let’s be realistic.

Scheduling outdoor concerts on the Common was nuts. Building an outdoor stadium in Halifax is nuts. Thinking you can operate a profitable food truck is nuts. Haven’t you been paying attention? During the Nova Scotia “summer” — I come from a land where what passes for summer in Nova Scotia is pronounced “winter” — it rains like five days a week. During the winter, the sidewalks are an icy mess and no one can walk anywhere, least of all to a food truck. Realistically, you’ve got a two-and-a-half week window in late August and early September to pull in enough sales to pay your annual expenses.

I mean, good luck and all, rah capitalism, and let’s celebrate the entrepreneurial spirit. But something tells me the food truck fad will run its course, and most people will end up sitting down for a warm bowl of gruel at the heated and dry Stone Soup Cafe.

Unless they go out to eat in New Glasgow.

I’m a 27-year-old Haligonian, north ender, diploma graduate of the Human Service: Disability Supports and Services Program at NSCC, currently enrolled in online courses via Cape Breton University to obtain a Bachelor in arts and community studies and overall a fucking steal of a human that you should be begging to stay in your province.

You’re being a fucking douche. Every time you’ve taken to a soapbox in the last year has done nothing but add to the list of reasons why I want to get the fuck out of this province.

Fuck you Nova Scotia, I love you so fucking much and you just keep ignoring me, so I’m breaking up with you. Hopefully you can mature while I’m gone, and see that it was you who needed to change. Not me. I’m fucking awesome, and I’m going to go do what I love for the pay I deserve, somewhere else. —Parental Discretion Advised, Halifax 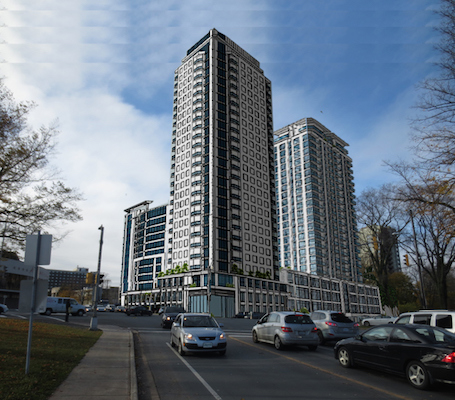 Districts 7 & 8 Planning Advisory Committee (7pm, Kenneth C. Rowe Management Building, Room 1020)—this is a public meeting for input on a proposed 25-storey building on the site of the former Cruikshank’s Funeral Home on Robie Street, across from the Common.

Westwood Construction “is proposing a development consisting of a single 25-storey residential tower inclusive of a 4-storey podium base containing hotel and other commercial uses. The project would consist of 112 residential units, a hotel, inclusive of 81 hotel rooms, and 1,000 square feet of ground floor commercial space.”

The project is huge, but not even the largest contemplated for the area. Next door, at the corner of Robie, 28- and 12-storey buildings are proposed by APL Properties Limited. The 28-storey building would be the third tallest building in Halifax, after Fenwick Tower and one of the Purdy’s Wharf towers.

Peggy Cameron has helped start the Willow Tree Group, which is opposed to the projects. Interestingly, one of Cameron’s arguments is that the new buildings will cast shadows onto The Oval: 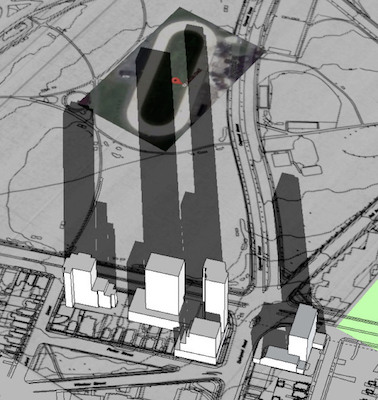 The towers would block afternoon sunlight on the Halifax Common, including the Oval, for four months of the year: November to February (skating season). The image above shows shadows on February 1 at 4:00 pm.

Cameron is also part of Friends of the Halifax Common, which opposed the North Common location for The Oval. That group argued that The Oval should’ve been placed on the Wanderers Ground.

I think there’s an argument for increased density around the Common and in the Quinpool Road area generally. Drexel Construction wants to build a five-storey building on the lot just south of the Atlantica Hotel, and were that building the only proposal in the area, it probably wouldn’t face opposition. But given the humungous buildings being suggested for the area, it wouldn’t surprise me if that too will be controversial.

I guess the density, height, traffic, wind, and shadow issues will be debated and resolved one way or the other, pro or con, but I can’t help wondering what’s driving this level of development. Halifax’s population and economy aren’t growing at anywhere near the rate that new development suggests it is, so it looks to me like there’s some sort of false economy, a bubble, at play. It’d surprise me if any of these super-tall towers actually get built.

Standing Committee on Resources (9am, Room 233A, Johnston Building)—Gillian Mainguy, manager of the Winery Association of Nova Scotia, will be questioned. 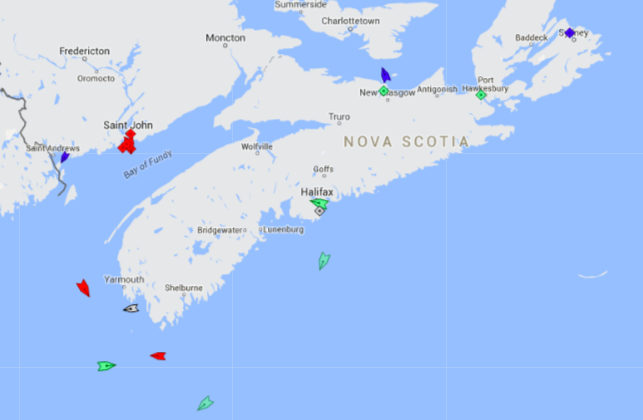 We’ll be recording the next Examineradio podcast today.