Each day this week, I’ll be publishing one Dead Wrong Extra, to explore an angle to the story of Glen Assoun’s wrongful conviction that didn’t make it into the Uncover: Dead Wrong podcast series.

Yesterday, I looked at the what the Halifax police knew about serial killer Michael McGray. Today, I discuss one very problematic witness who testified against Glen Assoun at trial.

In the podcast, we mostly concentrated on the witnesses who were connected to each other because those connections suggested collusion.

One other witness we extensively discussed was Roberta (not her actual name), the sex worker who was attacked by someone she later said was Glen Assoun. Roberta’s testimony was particularly damning because she was so believable — she really was brutally attacked by a man who said he killed Brenda Way. The problem was, as even Roberta would eventually realize, that man wasn’t Glen Assoun; it was Michael McGray.

There’s one other witness who is important, but for time and story-telling reasons, we weren’t able to discuss him in the podcast. That witness was a man named Corey Tuma. 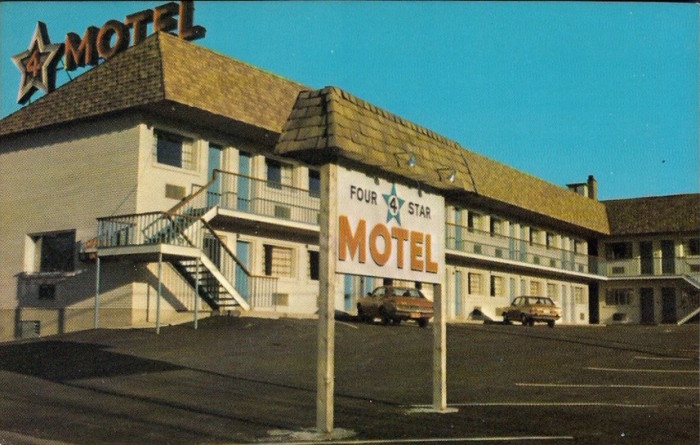 Glen Assoun had an alibi for the night and morning Brenda Way was murdered: He was with Ann Morse all night, in her apartment on Lahey Road, where he was then living. Glen provided that alibi to Dartmouth police the very day Brenda was murdered, and it was backed up by Ann and her two roommates — a couple, Jackie, a nurse, and Mostafa, a taxi driver — who confirmed that Glen was with Ann all night.

Police seemed to accept Glen’s alibi. At least, they didn’t perform the follow-up investigations that would be necessary if he was considered a suspect; they didn’t search the apartment for bloody clothes or other evidence, for example.

Halifax police Constable Dave MacDonald took over the murder investigation the following year and began focusing on Glen as a suspect in the murder. MacDonald had to deal with Glen’s alibi. As we explained in Episode 2 of the podcast, MacDonald threatened Ann with prison time for accessory to murder if she didn’t change her story. But Ann held firm.

At trial, the Crown would deal with Glen’s alibi by portraying Ann as addicted to pain medication and so therefore having an unreliable memory. The Crown suggested her roommates’ testimony was also unreliable, as they weren’t actually in the very room with Glen at the time they said the murder happened.

They needed a witness who could entirely contradict Glen’s alibi.

In 1995, Corey Tuma was the front desk clerk at the Four Star Motel, where Glen Assoun was living with Brenda Way.

Brenda moved out of the Four Star in late summer, but Glen remained until October, when he moved in with Ann Morse.

Corey said he was “drinking buddies” with Glen, who had given him the nickname “Front Desk.”

In 2012, Corey signed an affidavit for Glen’s lawyer Sean MacDonald. In the affidavit, Corey said that “I have been an alcoholic since I was a teenager.” Corey said, however, he was sober when he gave his statement to MacDonald.

“Corey Tuma drinks seven days a week,” Glen said at trial in 1995. “He don’t know one day from the next. He lost his job at that place.”

I haven’t been able to speak with Corey, but I know that in 2012 he was charged with drunk driving in Fort MacMurray after he drove his pickup truck into a car near the Boomtown Casino; Corey had four times the legal limit of blood alcohol content.

Brenda was murdered on November 12, 1995. Police didn’t get around to talking with Tuma until December 4, 1995, three weeks and a day after the murder. Corey gave police a statement.

That day, Corey told police that on the night of the murder he was watching a hockey game with a guy named Randy Downey. I’ve found no indication that police ever spoke with Randy to confirm Corey’s version of events. Corey said Brenda came by the Four Star at around 10pm for a half hour to 45 minutes.

“I also told him [the police officer] what I remembered she was wearing and then couldn’t think of anything else that would help with the investigation,” Corey said in his 2012 affidavit. “I didn’t mention Glen because I didn’t remember him coming to the Four Star on Saturday night November 11, 1995.”

The Four Star has been converted into an apartment building. Photo: Halifax Examiner

Corey left his job at the Four Star in 1996 and moved back to his family home in Newfoundland.

Corey was contacted in Newfoundland by a Halifax police detective, .

“I remember the Halifax Police Detective telling me that there was no question that Glen was a cold blooded killer who had brutally attacked Brenda and cut her throat and that if I did not help that a killer would go free,” Corey said in his 2012 affidavit. “He kept telling me that Glen was a dangerous man and that the police had solved Brenda’s murder.”

“The more the Detective spoke to me, the more that I started to wonder if it were possible that Glen killed Brenda,” continued Corey. “I told the detective that I might have seen Glen at the Four Star at some point in the days before Brenda’s murder.”

“I signed the statement even though I wasn’t sure it was accurate,” Corey told Sean MacDonald in 2012.

In June 1999, the Crown flew Corey to Halifax to testify at Glen’s trial.

“A day or so before I was supposed to testify I remember meeting with the prosecutors and the police to talk about my statement,” Corey told Sean MacDonald in 2012. “I had been drinking heavily before this meeting and one of the men in the room, I think it was the prosecutor, said that I cannot have anything to drink before I came to court to testify.”

Despite that instruction, Corey got very drunk the night before he was to testify. “I was extremely hungover and still suffered the effects of the previous night and early morning’s drinking spree when I arrived at the courthouse and sat in the witness chair in front of the jury,” said Corey in 2012. “My trial testimony was confused.”

Q. Did you have any contact with Brenda Way around the time that she was murdered?

A. She stopped there [at the Four Star] during the night and asked me for a cigarette.

Q. Approximately what time was that?

Q. And how long did she stay?

A. She was there for about 10 minutes. Me and my buddy were watching the hockey game, and she just stopped by for a second.

Q. And who was watching the hockey game with you?

Q. Downey. And did you happen to see Glen Assoun that night?

A. He stopped by and asked me if I seen Brenda, then he left.

Q. In relation to when Brenda was there, when did Glen Assoun drop by?

Q. And how long did you speak with Glen that evening?

Q. Well, what did you talk about when —

A. We just asked if I seen Brenda and I told him, well, I seen her, but she’d left.

Q. Did you talk about anything else?

Q. Now, when Glen was there, was anybody else there with you at that time?

Q. What happened to the friend you were watching hockey with?

A. It was probably around 12 o’clock and the game was over, so he left.

“Had I not been suffering the after effects of my drinking binge when I testified at Glen’s trial I may have been able to communicate my uncertainty to the jury,” Corey continued. “My trial testimony that Glen was at the Four Star that night (Saturday night November 11, 1995 to Sunday morning November 12, 1995) is not reliable and I am not at all comfortable having the court rely on me for the evidence that I gave.”

To recap, Corey gave three conflicting statements about the night before the murder.

In Corey’s first statement, given to police on December 4, 1995 (soon after Brenda was murdered), Brenda came by the Four Star at around 10pm for a half hour to 45 minutes. Corey made no mention of Glen in that statement.

In Corey’s second statement, given to police on August 10, 1998 in the St. John’s police station, Corey said that Glen had stopped by the Four Star between 8pm and 9pm, and that sometime between midnight and 1am Brenda showed up, looking for Glen, and stayed for 30 to 45 minutes.

Despite Corey Tuma’s ever-changing account of the night before Brenda’s murder, Crown prosecutor Dan MacRury relied on Corey’s third version — the testimony given at trial — for his closing statement to the jury.

“Ladies and gentlemen of the jury, ask yourself, was it coincidence or misfortune that the same person, Mr. Assoun, who had a motive for killing Brenda Way was the same person out looking for Brenda Way at 12 o’clock the night she was killed?”

MacRury used that phrasing — “Ladies and gentlemen of the jury, ask yourself whether it was coincidence or misfortune that the same person who had a motive to kill Brenda Way, who was out looking for her at 12 o’clock…” — four times in his closing statement.

My investigation into the wrongful conviction of Glen Assoun, and the Uncover: Dead Wrong podcast that resulted from it, would not have been possible without the financial support of readers.

Or, if you want to make a one-time donation, please use the PayPal button below. We also accept e-transfers, cheques, and donations with your credit card; please contact iris “at” halifaxexaminer “dot” ca for details.