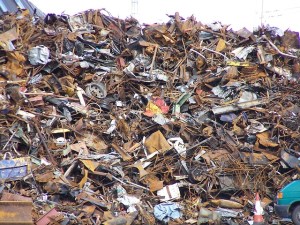 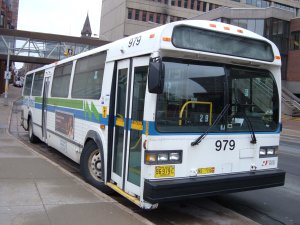 The Department of Community Services has stopped funding bus passes for some low income people with disabilities. The trick is, writes CBC, to be ill enough you need 12 medical appointments a month; otherwise, you’re walking.

Someone has dumped garbage, including dead animals, in North Preston. Neither the municipality nor the province will clean it up, despite each being responsible for a portion of the road. Susan Burrell, who travels the road daily, says no one is answering her questions. “It needs to be cleaned up,” she says.

Joey Haywood, 30, of the Halifax Rainmen says he’s taking a break from basketball and heading home to the west coast. “It’s too stressful; I haven’t been eating,” he says. The National Basketball League fined Haywood and his colleagues $5,000 each after not attending the Game 7 match in Windsor, ON,  last week. Kristen Lipscombe writes for Metro:

Haywood doesn’t plan on paying up, adding there’s plenty of evidence to prove legally the final match-up would have been too violent to play.

“Before you give people fines, it’s supposed to be investigated first,” he said. “Not fines and then the investigation – it’s backwards.”

He said the championship match-up, “wouldn’t have been a safe game at all. It would have been a blood bath, a big fight. At that point it wasn’t basketball.”

El Jones looked at the racial and social implications of this story in yesterday’s Morning File.

CAUT members give Bill 100 a thumbs down
Photo: Paul Jones

The Canadian Association of University Teachers (CAUT) speaks out against Bill 100, and threatens to “censure” the school administration if it tries to use the proposed powers. Moira Donovan writes for the Halifax Examiner:

Under the censure process, CAUT indicates to the academic community both nationally and internationally that the university in question “is an institution that shouldn’t really be considered a university,” says Robinson.

CAUT would then encourage people not to participate in those activities that take place at institutions considered universities; not to accept jobs, lecture or attend conferences at that institution, not to publish in that institution’s journals or publications, and so on.

Northern Pulp says it’s shutting down to install air pollution equipment, because it can’t meet its end of May deadline to cut back emissions, writes CBC’s Paul Withers. The installation will require another 600 employees, says Northern Pulp, although it’s not done fighting back:

The mill objects to other elements in the industrial approval regarding its use and discharge of water.

The mill closes for the upgrade May 30. 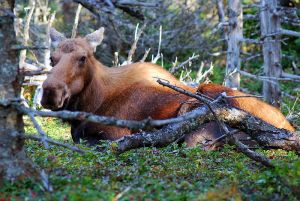 This moose is still deciding how much he likes newcomers. Photo: chensiyuan, Wikimedia Commons

Newcomers and international students have been getting some attention, especially in Cape Breton. Cape Bretoners, it turns out, are friendly, but icy-cold, don’t-stop-to-chat friendly when it comes to newcomers, says a study released yesterday. Yesterday, we saw that international students, according to landlords, have destroyed rental properties.

The province is spending $174,000 to attract immigrants to Cape Breton, says the Herald, and will renew funding to the YMCA settlement services for immigrants across Nova Scotia. 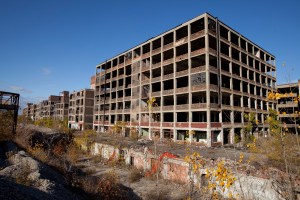 John Demont gives us a gem this morning, and even explains the source of his story idea:

For obvious reasons, we at The Chronicle Herald like to know what resonates with you, the reader. Without giving away trade secrets, let me say that we do this various ways. One is through our website, where each time someone clicks on a link or story, we hear about it.

The prize winner is the “190th-best-read item last week,” the op-ed, Is Nova Scotia the Next Detroit? by Roberta Hawkes. If you’ll remember, Tim covered this about a month ago.

Demont says if Nova Scotia is terrified enough of becoming like Detroit, it’ll be better off for it. So he thinks maybe might be possibly could be the case:

That people are still finding their way to that story after all this time implies something more macro than micro: people are worried, maybe even scared. The facts don’t really have anything to do with it.

I’ve done no scientific polling on this. I’ve just asked around a little, and what I hear is not good. A narrative is being imposed.

While us Nova Scotians melt into financial disaster, Demont says we should look back 20 years to when Frank McKenna brought call centres to New Brunswick. Yes, those were the good days. Either way, Demont’s calling for something concrete to happen sometime soon:

I wouldn’t wait too long before announcing something concrete to push this economy forward. Yep, I’m talking about a game plan, a strategy — call it whatever you will, just as long as it’s not any more old, white guys talking about the economy.

We’ve had enough of that, just like we don’t need any more wacky ideas too loopy to fly in bigger jurisdictions or any saviours from afar who can only do the big things they promise to do with oodles of cash.

It doesn’t all have to come from the new Business Department, although I’m there with it on the idea of helping specific sectors to grow.

That’s sure to rile the folks who get all bothered by the notion of government “picking winners.” But, hey, these are desperate times in this province.

Being single-minded strikes me as a better approach than throwing a whole bunch of stuff against the wall to see what sticks. Success begets success.

Desperate times? We can always ask the Globe and Mail’s resident expert on the Maritimes’ various issues.

The federal government is giving out money for public transit. Erica Butler of Metro Halifax breaks out the details — and strings attached — in her latest column.

The proposed fund would favour public-private partnerships (P3s). Instead of just hiring private companies to build our bus lanes, ferries or commuter rail stations, the federal government is asking us to get companies involved for the long term — financing, owning or operating our transit-system components.

[Coun. Darren] Fisher’s worry is not so much the economic ideology involved but the chance the emphasis on P3s could “make it more difficult for smaller municipalities to access this funding,” he says.

Of course, like most federal monies, Halifax’s access to it also depends on the provincial government and its willingness to contribute funds to transit projects.

I’d like to relate an incident that occurred recently while I was grabbing a coffee in a local shop. There weren’t many people in the shop, as it was kind of a stormy day. And the average age of those in the shop was on the higher end.

Then, three teenagers came in together and sat down. As they sat down, a man yelled at them, accusing them of throwing snowballs at his car.

The teens said he must have had them confused with someone else.

It’s the age-old conflict between the young and the old: Kids cause mischief and older people demand order.

The dispute should have ended there. But instead, the older man yelled: “You shouldn’t be in here. This isn’t a place for kids.”

The shop isn’t a licensed establishment. It doesn’t sell alcohol, tobacco, pornography or eldercare products. It doesn’t restrict clientele based on age.

Therefore, I didn’t understand what the older man meant. The teenagers didn’t respond. They attempted to sit by themselves respectfully and chat about something.

But the older man continued to yell at them, telling them they should leave and come back when they’re adults. Eventually, he complained to the shop attendant, claiming that the kids were being abusive and had thrown snowballs at his car. The teenagers were kicked out. As they were leaving, the older man yelled: “Come back when you’re adults.”

I was upset and so were the teenagers. As they left, they made some snowballs and threw them at the building in an attempt at powerless retaliation.

They were exiled from another business because they’re kids. They were made outcasts and alienated. Of course, they’re now much more likely to hang out and cause mischief because they’re told they’re not allowed to be a part of this community.

I’ve held this in for a while. Stewed in it. Then I heard about another local business flat-out stating that it has a new policy of not allowing young people inside its premises at all. And then the provincial budget came out — with a hack-and-slash approach — alienating youth again.

Such a self-destructive, narrow-minded, anti-youth mindset will only hurt this area in the long run.

If we keep alienating youth, they will leave. If we make this a place where you cannot raise kids, young families will not move here. If we promote policies that slash opportunities for young people, nobody will settle here.

We are salting the earth in this region.

A woman in Debert says her pitbull turned on her because he’s inbred. 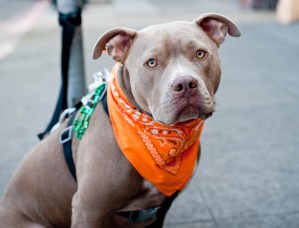 ABOUT ME: I’m freelance journalist from Porters Lake, NS. Later this week I’m moving to Edmonton to work at a paper for the summer. See you next fall, Halifax!