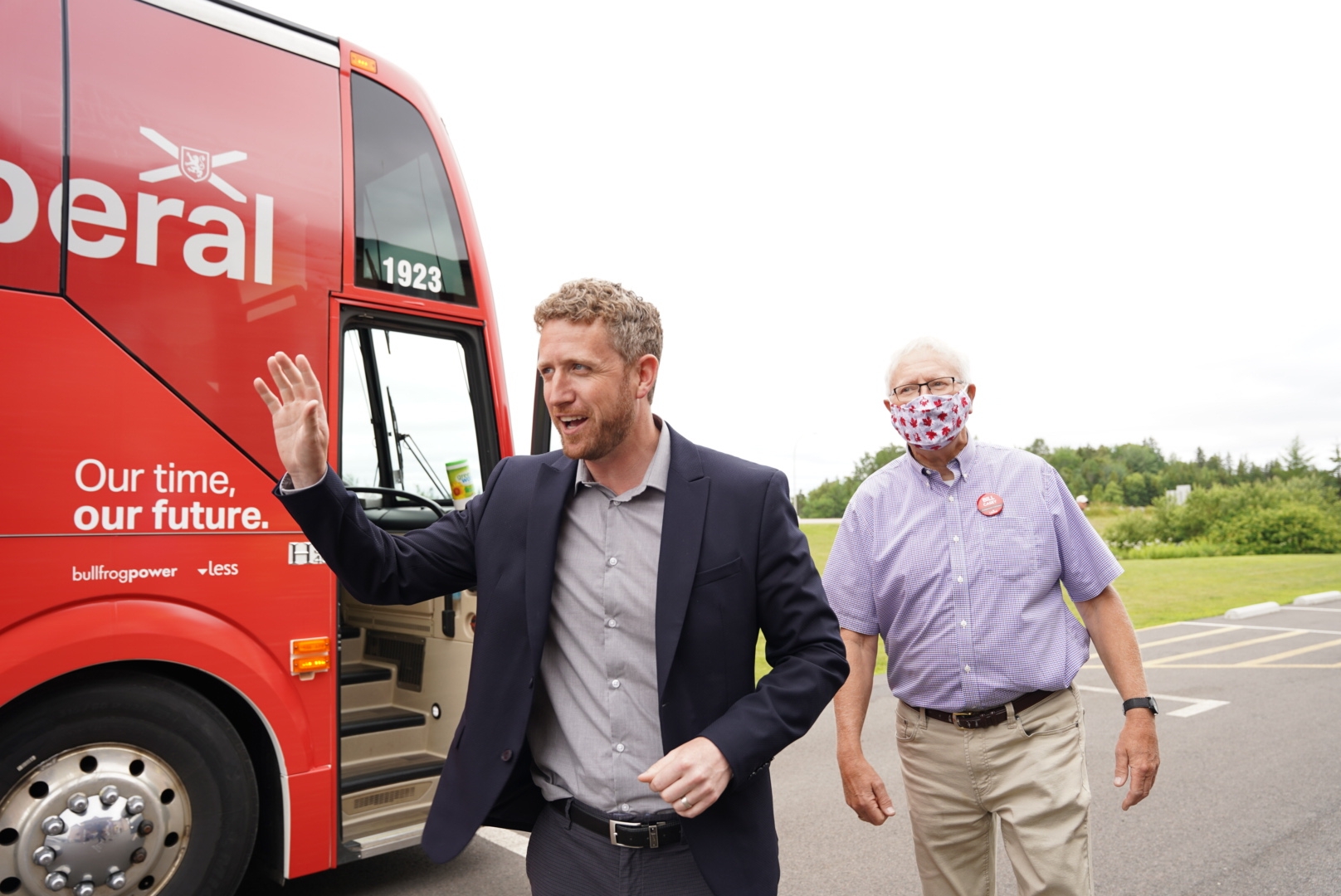 Liberal leader Iain Rankin promised that a reelected Liberal government will eliminate the tolls at the Cobequid Pass this October for passenger vehicles belonging to Nova Scotians. Truckers and all other drivers from out of province will still pay the toll.

It’s a promise for which Cumberland North Liberal candidate Bill Casey has long advocated. (Yep, the same guy who represented the Amherst area in Ottawa as both a Conservative and then a Liberal before his heart attack).

“Since the highway was opened in 1997, Nova Scotians, particularly those in communities in Cumberland County, have paid tolls to secure this critical piece of our transportation network,” said Casey. “Eliminating tolls makes life more affordable for us and strengthens our region’s connection with the rest of the province.”

This ought to help Casey win votes in a constituency that belonged to Progressive Conservative Elizabeth Smith-McCrossin before she got tossed out of that party for helping organize a protest that shutdown the NS-NB border. She is now running as an Independent.

A spokesperson for the Liberal campaign, Kristina Shannon, says the province will forego about $2.25 million in revenue when tolls are removed for Nova Scotia drivers this October. Shannon says that represents about half the total revenue from Nova Scotia’s non-commercial motorists during a non-COVID year.

The Liberals are also promising to establish rest stops on both sides of Highway 104 similar to what you find in other provinces. Cost estimates were not available.

Meanwhile, today Progressive Conservative leader Tim Houston announced his party is prepared to offer Nova Scotia consumers 10% off the purchase of food products grown here and 3% off the pre-tax price of all other products made in Nova Scotia. The PCs are branding this initiative “Nova Scotia Loyal.”

“With Nova Scotia Loyal, Nova Scotians will take part in a unique, win-win-win program where they are rewarded for shopping local and local producers receive the benefit,” says Houston. “As a result, more money will stay right here in our province, while ‘food miles’ are reduced ensuring a more sustainable, environmentally responsible way to shop”.

How would the program work? The PC news release says consumers would “earn” points on purchases marked with a label saying ‘Nova Scotia Loyal.’ These Nova Scotia Loyal points would then be redeemable for dollars at partner stores or could be spent toward government services.

“Every Nova Scotian has a part to play in helping build a safe and secure food supply,” said Chris de Waal, owner of Getaway Farm in the Annapolis valley. “Programs such as this not only help keep our food dollars in our own economy but also help Nova Scotians understand their role in building regional, resilient, and responsible supply chains.” 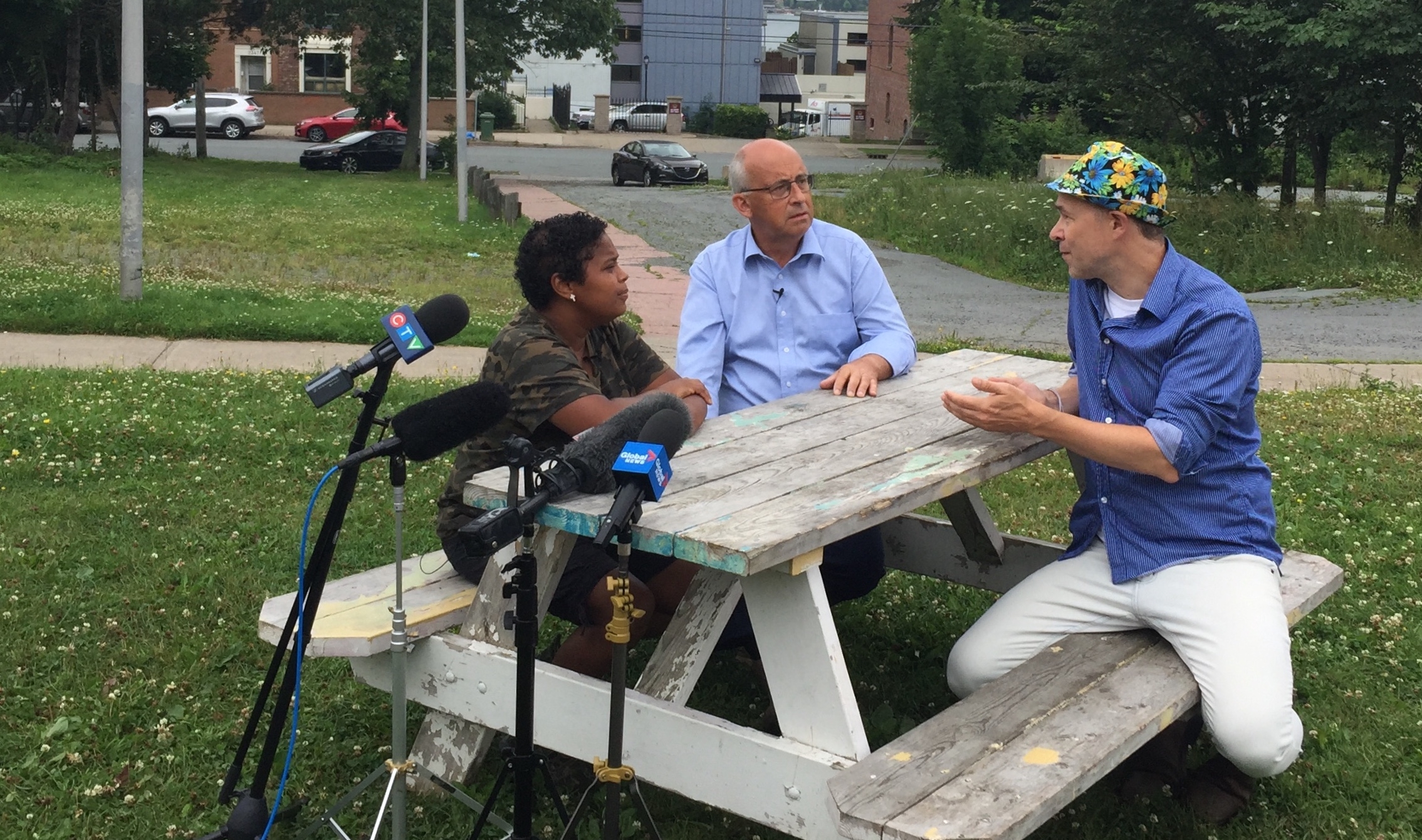 The NDP comes out for permanent rent control

NDP leader Gary Burrill was campaigning in north end Halifax this morning. Burrill promised Nova Scotians that if the NDP forms the next government, rent controls will be permanent and not just a temporary measure for the duration of the State of Emergency due to COVID-19.

“There are currently more than 122,000 people who rent homes in Nova Scotia and they deserve better than living in fear of the next rent increase that will force them from their home,” said Burrill, who in addition to leading the party is a candidate in Halifax Chebucto. “The housing shortage is also getting worse in rural communities, leaving people at risk of homelessness or being forced to pay more rent than they can afford.”

Burrill made the promise while speaking with Garry Williams, a renter who experienced a $400 a month rent increase in the cost of an apartment shared with his partner.

“We agreed to sign for one more year on the condition that some repairs and improvements be made to the unit,” said Williams. “Nothing was ever fixed and we were told to leave at the end of the new lease. We were shocked at the price of housing in Halifax and now spend most of our income just to have a place to live.”

The PC candidate running in Premier Stephen McNeil’s former constituency of Annapolis has been the subject of much discussion on social media since Monday when some constituents re-posted a tweet Jennifer Ehrenfeld-Poole made two years ago. Poole, who started both a construction and excavation company, suggested in June 2018 that cyclists should have to be licensed the same way truck drivers do and then went a giant step further saying: “until then, get the fuck over because I will be beside you within a hair of my mirror and dually fender so you can feel extra breeze on you as I go by wishing I could get away with running you completely over”

Poole did not respond to my Facebook request to explain herself. A campaign worker directed my query to the Communications person with the PC party. In a story published in The Nova Scotia Advocate, a PC spokesperson is quoted as saying Jennifer Poole disclosed the Twitter post and the party is confident she is “someone who cares about her community.”

Ironically, Poole’s business interests have been long-time sponsors of a cycling event called the Heart of the Valley Century Ride. Yesterday a vice-president with Bicycle Nova Scotia, John Trities, posted to social media to say Ehrenfeld-Poole had written the advocacy group a letter last spring. Trites said discussions between his organization and the eventual candidate had resulted in Poole’s support for paving the shoulders of the road to improve safety. Trites said while cyclists took her initial comments seriously, he is satisfied she is sorry and the tweet is “old news” which should be discarded.

But that’s not all. CBC News has reported that the Environment Department investigated a landfill site owned by Poole earlier this year after leftover car material known as “autofluff” was discovered. Whether Poole had received proper authorization to bury the material is a matter of dispute between the candidate and the Department.