You are here: Home / Featured / Dating, romance, and sex in the pandemic

Dating isn’t dead due to COVID-19, but it sure looks a lot different.

From socially distanced coffee meetings in separate cars to touring museums together via their own personal computers, people are finding creative ways to date and find a mate.

Saint Mary’s University researcher and psychology professor Maryanne Fisher is hoping to learn more about the pandemic’s effect on dating, romance and sex via a new survey. 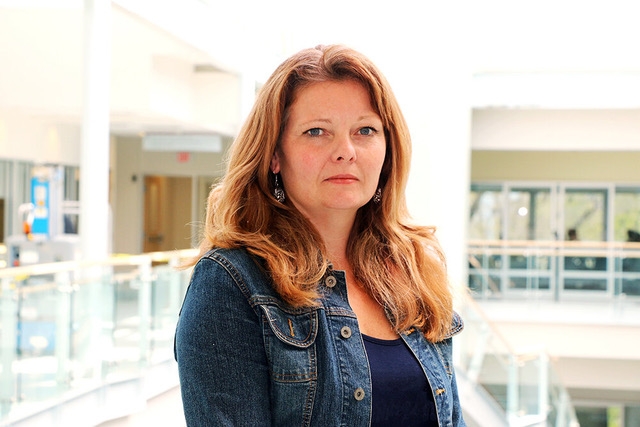 “At first I didn’t have the insight that people were going to change their mating and dating patterns that significantly,” Fisher explained. “Then after the pandemic hit and I was talking to some of my friends and family, married and single, I was hearing really different patterns of behaviour than usual.”

Abby, a 22-year-old who didn’t want her full name used, said the COVID-19 dating scene has been “a nightmare in some ways,” but also a blessing.

“It’s definitely nicer to find out what people can hold meaningful conversations for more than a couple of days,” she said. “Besides people being nasty, it has been a great way to weed out the bad apples.”

Although she described her pre-pandemic dating life as “pretty good,” Abby admits it used to take much longer to determine if someone was a match or a dud.  No one in her circle is using FaceTime to date people they’re meeting online. Most are simply getting together for car meet-ups and social distance dates.

“I’ve noticed a lot more people want to just see you in general and people are far more genuine,” she said.

Fewer people are now “ghosting” online, and despite being in the midst of a pandemic, she’s still going on dates.

Those dates include picnics six feet apart and bringing each other snacks to eat in their respective cars while chatting. She’s had several meet-ups where men tried to hop into her car to chat. Some dates treated her poorly and blamed it on the pandemic, and others wanted to meet and carry on as if the pandemic wasn’t happening.

“Those bothered me because it came off as very reckless,” she said.

The recklessness, the creativity and the types of connections people are seeking during these strange times are among the things Fisher is trying to learn more about.

Her research study examines how the pandemic has changed how we feel about ourselves in terms of dating and our romantic relationships.

“People are putting themselves into two camps. One camp is the ‘I’ve done some self reflection, I want the long term relationship, I want companionship where I didn’t before,’” she explained.

“The other camp is, ‘You only live once, I don’t want to miss out on future meetings,’ and so during the lockdown they’re lining up lots of potential short term mating opportunities.”

Fisher believes that middle ground, what she calls a “flexible mating strategy” has all but disappeared and people are instead going to one extreme or the other.

There’s also an emerging pattern of people trying to reconnect with ex-partners or former friends with benefits.

“There seems to be this reaching out for almost a comfort, so someone you’ve known in the past and you’re looking for some sort of companionship from those people,” she said.

As an expert on the evolutionary foundations of human interpersonal relationships and women’s mating strategies, she also wants to know how people are thinking about their competitors on the dating market.

How worried are they about their “rivals” flaunting the rules and getting more dating/mating opportunities? Has their self esteem increased or decreased? Are they trying to improve themselves? What kind of person do they want to attract? What changes do they want to make in their lives?

“I think a lot of people had a very harsh look at themselves, like perhaps for the first time in a long time they’ve actually examined their lives in a really reflective way,” Fisher said.

Fisher couldn’t yet comment on the replies to the survey question about how often people are having sex during the pandemic. But based on anecdotal evidence she believes it’s likely that people are breaking the rules if they feel pressured because others around them are doing it.

But on the flip side, she said people looking for a relationship rather than a sexual encounter may consider the apparent recklessness of someone wanting to hook up during a pandemic as a red flag.

“If you’re meeting someone for the very first time online and they say to you ‘I know there’s this whole pandemic thing, but we’re not older, it’s not going to affect us, so why don’t we just hook up?’ well, I think that would tell you so much about yourself and someone else,” she explained.

Fisher said researchers haven’t ever had the opportunity to determine so much about someone based on one small question. While questions about intentions to have children or religious practices crop up in the early stages of dating, the question about how sex is perceived during a pandemic is entirely different.

“We don’t have a moral compass with other questions like we do with that sort of question, and I think that has been immensely valuable to some people, especially people seeking a longer term mate,” she said.

“You don’t want to be with someone perhaps that has that sort of more risqué attitude, especially about your health and their health.”

More than 800 people from around the world have already filled out Fisher’s survey. It’s open to anyone 19 or older and she’s seeking respondents who are dating, aren’t dating, people who are married and those in polyamourous relationships.

She intends to keep the survey online for six months. Her primary area of research means she has comparable data from before the pandemic. She’ll now be able to compare it with people’s views on dating and sex both during and after the pandemic. It may also potentially capture any second wave of COVID-19.

“I will be able to track time changes across the general population’s views of themselves as mates, as well as what they were looking for in mates, as well as attitudes and behaviors regarding sexuality,” she said.

“This is a really unique opportunity as a scientist to ask ‘What happens when a social species isn’t allowed to be social, and what can we learn about ourselves based on that fundamental characteristic, our fundamental ability to be social, being shut down.”