You are here: Home / Featured / Dalhousie researchers are looking for COVID in your poop

A project launched Friday to track the presence of COVID-19 in Nova Scotia wastewater is expected to help researchers more quickly identify the virus before it can spread.

Researchers from across the province are participating in the project, which builds on a pilot study launched last summer. Sampling is already underway in areas of the province selected by the research team in cooperation with provincial public health officials and Nova Scotia Health (NSH).

“Together we are working to develop a wastewater surveillance program on a provincial scale that will provide early and accurate detection of SARS-CoV-2, which could ultimately enable proactive and preventative COVID-19 health and economic response measures,” lead researcher Graham Gagnon of Dalhousie University said in a Research Nova Scotia media release. 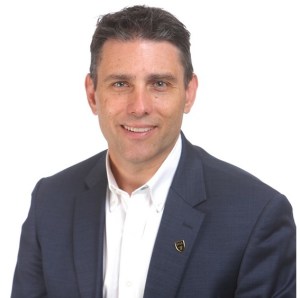 Through their feces, people infected with COVID-19 shed a form of genetic material called ribonucleic acid (RNA) that is specific to the virus. This can be found in human wastewater.

Gagnon said because the virus survives longer in the gastrointestinal tract than the respiratory tract, wastewater can be used to determine the presence of COVID-19 before someone has symptoms, gets a positive test, or if they’re an asymptomatic carrier.

Wastewater sample collection for the research project will be taking place in Halifax, Dartmouth, Wolfville, and other municipal sites from now until July. Confirmed locations include an essential worker building on Halifax Stanfield property and municipal wastewater treatment facilities.

Sites will also include three locations to be selected in conjunction with public health and NSH. Locations could include campuses and student residences at several universities, including Dalhousie, Acadia, St. Francis Xavier, and Cape Breton Universities.

In an interview on Friday, Gagnon said they’ll initially focus on those “sentinel” programs, which they’ll likely expand as directed by the province.

“So far what we’ve seen in our data is really low levels of RNA, and so it is not, I would say, great science at this point to take a really low level of RNA and translate that into public health decision-making,” he explained.

Gagnon said the research team’s advisory board does include representation from public health. Their hope is to work closely with public health officials to develop an action plan “that makes sense” based on the collected data.

“Obviously one of the challenges that public health has is the resources of people and the resources of reagents and supplies,” he said. “We don’t want to use this wastewater testing to prompt activity that would use those precious resources unwisely.”

Gagnon said this is an important research study because wastewater surveillance provides “an additional barrier” for communities. He pointed to Acadia University in Wolfville as an example of how effective the method could be. If researchers regularly tested both the town’s wastewater plant and Acadia University’s wastewater three times (six tests in total) each week, they’d quickly and more efficiently glean information about the presence of the virus.

“If we had to test all of the thousands of people in the Wolfville/Acadia area three times, we couldn’t get that same information,” Gagnon said.

“The real power is that it gives a signal to do something, to take whatever the next appropriate action may be.”

During Friday afternoon’s provincial COVID-19 briefing, Halifax Examiner reporter Zane Woodford asked Nova Scotia’s chief medical officer of health Dr. Robert Strang about the research project and how public health will work with researchers and make use of the data.

Strang said medical officer of health Dr. Jennifer Cram is on the advisory committee with the researchers to ensure “a good flow of information” from the group to public health and clinicians so they can determine the meaning of the data from a public health perspective.

“This is a research protocol for a reason, because…nobody around the world is still really fully certain on what does this type of testing of wastewater actually tell us,” Strang said.

“But there are some early signs that it’s a good addition to our overall surveillance on what is the presence of COVID in communities.”

Strang said while this type of wastewater testing obviously makes it impossible to trace back to any one individual, he described it as quite likely to serve as an early warning signal.

“As we’re testing wastewater and we’re getting negatives, negatives and all of a sudden we start to get positives, it could well be an early sign that we now have COVID in a community,” Strang said.

He said what would then likely follow is enhanced testing of people in that community to validate the results.

“We will learn from it and say longer term what is the role of this type of wastewater surveillance as part of our overall testing and surveillance strategy,” Strang added.