You are here: Home / Featured / Dal prof: Better funding may stave off a “mental health disaster”

“This pandemic in our province and across our country has exposed an underfunded and broken mental health system that has no systematic means of preventing death by suicide,” Simon Sherry said in an interview.

Sherry, who’s also a practicing clinical psychologist, said efforts to stop the spread of the virus have unsurprisingly led to “substantial spikes” in stress, anxiety, depression and other mental health issues.

“I certainly understand and in no way want to undermine public health guidance, but we need to recognise that lockdowns in particular are horrible for human mental health,” he said.

Sherry believes his own recent and ongoing research — including the pandemic’s impact on increased rates of alcohol and cannabis consumption in N.S. — highlight how it amounts to “nothing short of a mental health disaster.”

“COVID-19 has required of us ceaseless change and constant adjustment. As a stressor, COVID-19 is also threatening and uncertain and novel and misunderstood,” he said.

“These are psychological conditions rife for mental health problems. And COVID-19 is also a three-headed monster in that it attacks you emotionally, financially, and medically.”

Many people with pre-existing mental health problems have seen their struggles intensify. Sherry said research also suggests these people are more likely to turn to substances to cope, plunging them into a vicious cycle where their self-medication becomes the source of subsequent symptoms of depression, stress, and anxiety.

In late May, Sherry told the Halifax Examiner factors like unemployment and underemployment are important and “robust” predictors of suicide behaviour. In the spring, he ran his own simulation that included modelling that predicted the province would experience an “unprecedented loss of life” from death by suicide in 2020. He estimated that death by suicide could increase in Nova Scotia by as much as 62.8%. 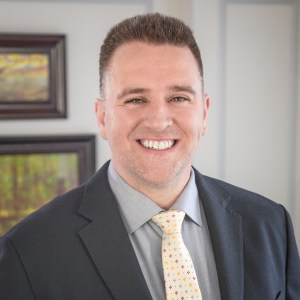 His research team is currently leading a meta analysis examining suicide during the pandemic lockdown. He described their progress as “substantial,” involving the synthesis of close to 60 related studies and counting.

He described their preliminary and not yet published findings from that work as “frightening.”

“When it comes to suicide ideation, there is a large and unequivocal increase in the number of humans thinking about dying by suicide,” Sherry said.

In Canada, Sherry said the suicide ideation rate (people thinking about dying by suicide) is usually about 2%. As we enter the second wave of this pandemic, the level of suicide ideation has jumped to between 10% and 12%.

“That is a massive increase, and that increase in suicide ideation speaks to how distressed many Canadians are by this pandemic. Suicide ideation is often a marker of distress, and it is often an indicator of unbearable psychological pain,” Sherry explained.

“When your soul hurts, you start to think about dying by suicide. So this gives us a sense that many Canadians in this pandemic are hurting mightily.”

Sherry is quick to clarify that while suicide ideation is a risk factor for death by suicide, only a very small number of those who think about it actually go on to die that way.

“At the same time that is a very alarming increase. I’ve been a student of human behaviour for more than 20 years, and I have never seen anything like that type of a jump in suicidal thinking,” he said.

“I don’t want to create a narrative that suggests that COVID-19 will inevitably result in death by suicide, but it is a very risky time when it comes to death by suicide.”

In Canada, Sherry said it’s hard to get a handle on actual numbers of death by suicide during the pandemic because of the time required to report and collate. Investigations by coroners and/or other services must be completed before researchers can get reliable data. That means in this country, there’s typically a two-year lag from someone dying by suicide to its appearance in official data.

“If we shift our perspective to the world leader in cataloguing death by suicide and look at Japan, we’ll see that there is a clear increase in death by suicide [during the pandemic], as much as 15%,” he noted.

“And it would seem that death by suicide may be disproportionately occurring, in that country at least, amongst women. You see similar increases in the countries of Thailand and Nepal.”

It’s important, he said, that we reach out to people in our lives who are discussing or threatening suicide.

“Let them know you care, ask some questions, try and connect them to help. Show that they matter and that you love them and that you do not want them to die by suicide,” he said. “That alone is a very important intervention because a lot of people who approach death by suicide have convinced themselves, incorrectly, that they’re a burden on others.”

Sherry believes the pandemic has deeply exposed what he calls a broken system, and he’s urging policymakers to better fund mental health now to help Canadians who are struggling.

“About 10% of the financial costs of all disease are attributable to mental health, but mental health funding is usually somewhere in the neighbourhood of 3 to 5%,” he said. “We don’t fund mental health problems in proportion to their magnitude and their importance.”

Addressing suicide prevention, Sherry stressed there are many things we can do to mitigate the pandemic’s impacts. He said responsible media messaging and increased access to conventional mental health care are required.

Equally important is ensuring pharmacological and psychological interventions known to protect against suicide ideation, attempts, and death by suicide are more accessible to people during the pandemic.

“Certainly telehealth seems to be the way to effectively deliver that…We also really need to put out the idea that social connections, despite the challenges of physical distancing, is very important at this time,” he said.

Despite the uncertainty over what the upcoming holiday season will look like and the stress that can accompany it, Sherry said it can actually have a “protective effect” on our mental health. He said that’s in large part because our established rituals, celebrations, and routines foster a much-needed sense of security and stability.

“It’s very difficult to find fun or relaxation in a pandemic, so we might really pay attention to what is already available to us in terms of pre-existing holidays,” he advised.

“This year more than ever I would say it’s more important to pay attention to the familial and the relational aspects of Christmas and to set aside the materialistic aspects that seem to further corrode people’s mental health.”

As the pandemic drags on, Sherry said evidence-based strategies have emerged about how to best deal with our negative emotions. He said people who engage in activities like walking, exercising, gardening, praying, and safe socializing tend to do better when it comes managing stress around COVID-19. He said smoking, drinking, or web-surfing the pandemic away ultimately won’t work.

“You can see consistently in the research on the psychosocial impacts of this pandemic that if you are involved in excessive, passive and sedentary screen time and excessive consumption of social media, your loneliness, anxiety, depression, and COVID 19 related fears only go up,” he said.

We should exercise care and concern for our friends and neighbours, an oft-repeated phrase throughout this pandemic and one that Sherry reiterates.