You are here: Home / Featured / Daily COVID-19 update: the premier says there is no price-gouging 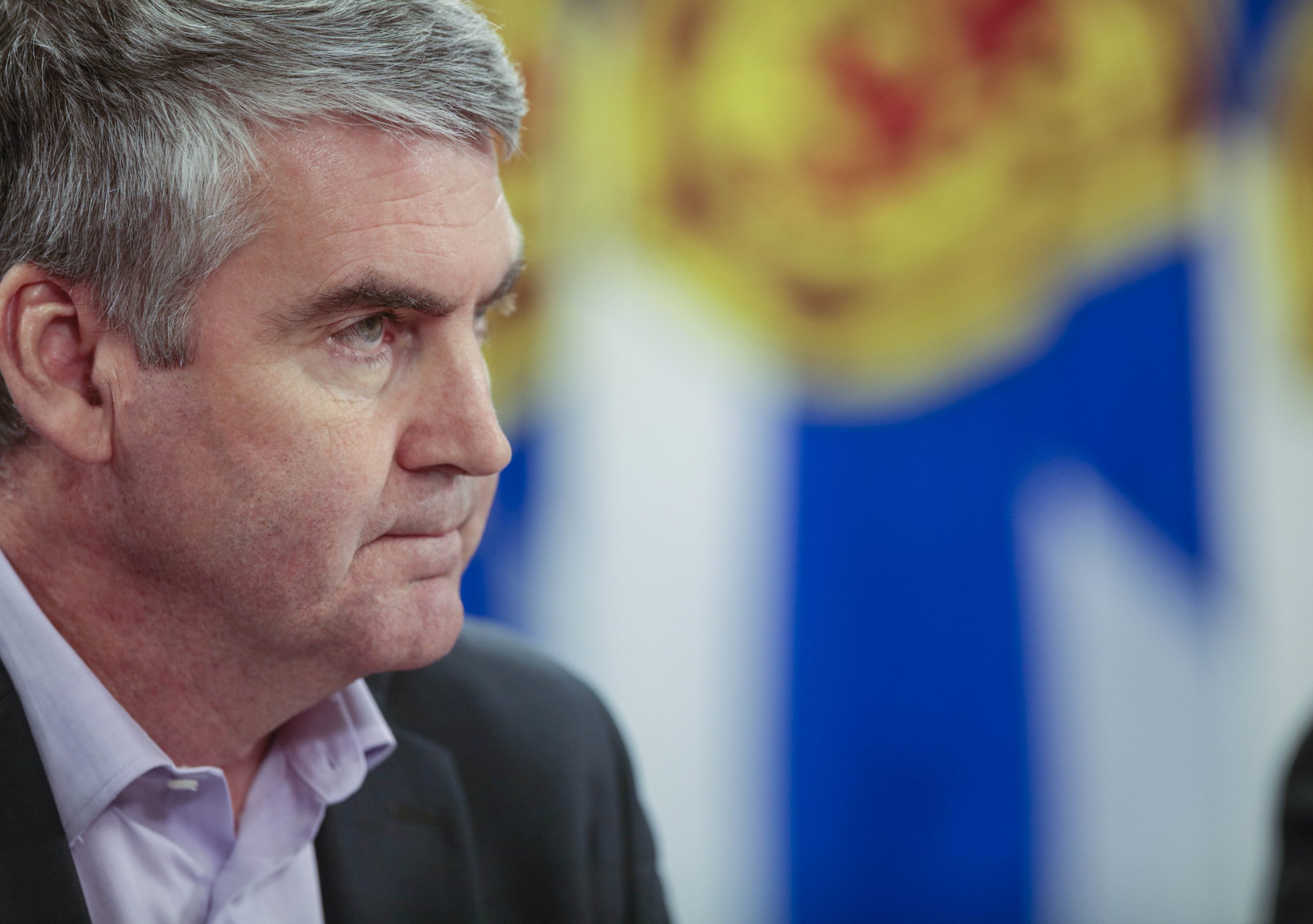 Seventeen new cases of COVID-19 were identified in Nova Scotia on Tuesday, bringing the total to 68. All the new cases are either travel-related or related to earlier travel-related cases. One person remains in hospital, and the rest are self-isolating at home. Two people who had previously tested positive for COVID-19 are now fully recovered.

At Wednesday’s daily briefing, Dr. Robert Strang, the province’s chief medical officer, said the increasing numbers are not unexpected, and we should see large numbers of positive test results over the next week or two as people return to Nova Scotia from their spring breaks.

Strang said that on average, each person who returned to the province and tested positive had less than two “close contacts,” usually people residing in the same household. “That tells us that people are adhering to the self-isolation, and many of the contacts that they are having are within their household. And it shows that what we’re doing is working, and it’s minimizing the spread of COVID out in our communities.”

Asked if he thought we’d soon see new daily cases numbering in the hundreds, Strang declined to answer. He did say, however, that if the current patterns and practices hold, we could see a levelling off of new cases in about three weeks. That is of course the best case scenario.

Premier Stephen McNeil declared a state of emergency on Sunday, invoking the Emergency Management Act. Section 16 of that act is a prohibition on raising prices:

Prices
16 (1) During a state of emergency or a state of local emergency, no person in the Province may charge higher prices for food, clothing, fuel, equipment, medical or other essential supplies or for the use of property, services, resources or equipment than the fair market value of the same thing immediately before the emergency.

I asked McNeil about price-gouging, and why he hasn’t raised the issue in his daily briefings. I also pointed out that people are very concerned about their April 1 rent payments. He answered:

First of all, I have not heard of any price-gouging. That has not been something that has been brought to our attention at all. As a matter of fact, retailers across the province, grocery stores, have been beyond belief in terms of ensuring the safety of their own workers, but ensuring that Nova Scotians get access to the essential products that we require.

Whether or not those prices have changed somewhat in the past 10 days, we have not heard that. I’ve actually heard the opposite, quite frankly — that stores have been very supportive of working with individual families in communities.

We’ll continue to monitor and watch it, and we would encourage anyone who feels that that has happened to reach in to my office, and we’ll do the enquiring for them.

In terms of the rent, you’re very right, it’s coming upon us very quickly. There are those whose income has been impacted by COVID-19. We need their landlords to work with them to ensure that they can help that family through. I think the first unemployment cheque is April 6, so landlords need to be supportive and flexible of their tenants.

At the same time, those of us that afford to pay, who have not been impacted by COVID-19, who still have income, need to make sure that we pay our rent on time. These large commercial arrangements with banks still have to be paid. We’re hoping that we can see something from the big six banks working with the national government when it comes to commercial lending — not only on the residential side, but on the commercial side.

I’ve said this many times. We need those commercial loans to be deferred, and we need the landlords of those deferred payments to pass that onto the renters. And that way, what would happen is the restaurants, the small businesses will be able to weather this storm by deferring their rent payments, leaving some cash in their company, leaving some cash in their pockets for their families. And it will also allow us when we come out of this to turn our economy back on in a hurry. If we don’t get that deferral, we’re going to see a number of these businesses go under, which means it will be challenging for us to turn our economy back on in a hurry, and we will feel the pain economically coming out of this a lot longer.

But the collaboration between landlords and renters will require everyone, on both sides, to make sure that building remains viable and that families aren’t being forced out or having to choose between doing rent or buying groceries.

But I wanted to press McNeil on the residential rent issue. Over the past couple of days I’ve researched the rent issue, and lawyers I’ve heard from say that the prohibition on raising prices does apply to new rent increases, but probably not to the legally required four-month notices that were sent to long-term renters four months ago.

On March 19, McNeil said that “no tenant in the province of Nova Scotia, whose income has been impacted as a result of COVID-19 can be evicted by their landlord” for the next three months. That was very particular wording, and I’ve been asking for the order implementing it, but as of yesterday afternoon, there is no written order to enforce it. The province can obviously close the tenancy court, effectively preventing evictions, but McNeil seemed to leave room for non-COVID-related evictions, and that opens a minefield of varying interpretations. I wanted to ask McNeil why he hasn’t published his order.

I also wanted to ask him why he won’t follow Manitoba Premier Brian Pallister’s lead in declaring a rent freeze; Pallister seems to be saying that even long-scheduled rent increases are cancelled.

Alas, thanks to the numbskull, I wasn’t able to ask those questions.

I was, however, able to ask the Twitterverse for examples of big price increases in grocery items. Here’s a sampling of the response I received:

a can of tuna is now 4 dollars plus tax 😐

Cleaning products have increased in price

Block cheese today at Sobeys. I’ve NEVER seen it this much. On sale is usually $3.99. pic.twitter.com/jrAOdZbMld

One thing I noticed is that stuff that often is on sale, now isn't. I also notice that Walmart has not published a grocery flyer with specials for the last 2 weeks. Dunno if they have no specials or are just not producing a flyer.

I saw this and the shredded bags for $8.99 and thought those were insane…

Due to an editing error (my big fat fingers), this article as originally published misstated the total number of cases.