You are here: Home / Featured / Creatures in the ocean are trying to kill us: Morning File, Tuesday, July 25, 2017 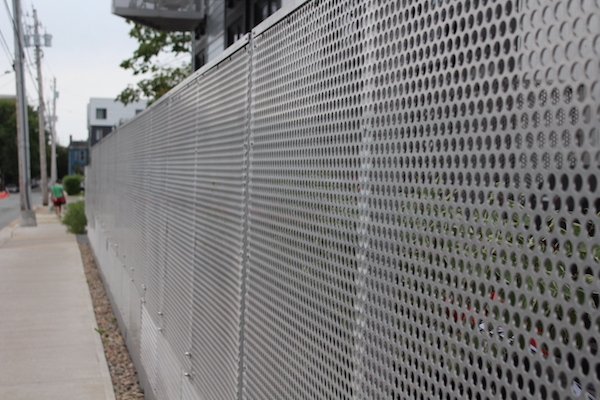 Yesterday, I should’ve been working on two large research projects, or finishing up a crime story that seems to have been missed by the rest of the media, but instead I walked around the north end taking photos and sitting in Julien’s writing. The result is a photo essay on what I’m calling the Johannesburgization of Halifax — the proliferation of sidewalk walls in new developments.

I probably should’ve included the wall along the St. Lawrence Place apartments on Dutch Village Road, which I noted back in 2014:

I'm ambivalent about the building, but street side wall & parking lot are planning failures. pic.twitter.com/GQReR1B7oH 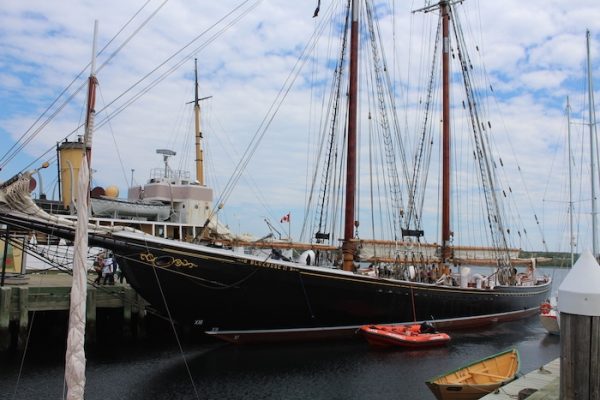 That’s about $10 million more than the original estimate.

“All but one province in Canada’s Maritimes saw a drop-off in incidents of police-reported crime in 2016, according to newly released data from Statistics Canada,” reports Alexander Quon for Global:

New Brunswick, Nova Scotia and Prince Edward Island all reported a decrease in department’s Crime Severity Index (CSI), at -2 per cent, -3 per cent and -3 per cent, respectively. 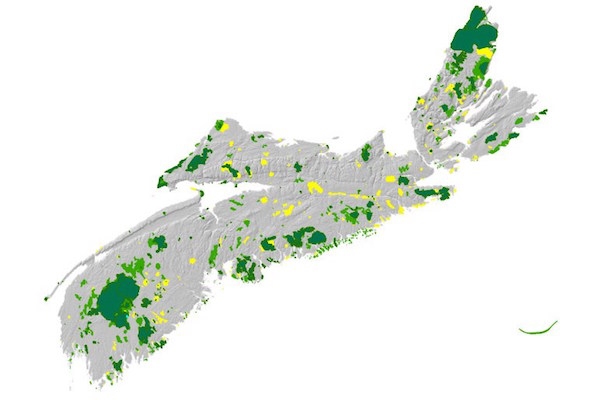 Four years back, it approved a plan to create more than 200 new protected areas totalling a quarter of a million hectares. About half of them remain unprotected.

On July 22, at 11:55 p.m., police responded to a vehicle/pedestrian collision that occurred in the 400 block of Herring Cove Road. A car travelling outbound on Herring Cove Road struck a man as he was crossing the street. The man was transported to hospital for treatment of non-life threatening injuries.

The 65-year old male pedestrian was issued a summary offence ticket under Section 125(5) of the Motor Vehicle Act for pedestrian crossing roadway outside of crosswalk zone failing to yield to traffic.

I’m not one to talk… I mean, I have like three shirts. But while the focus has been on Justin Trudeau’s Pride Parade socks, what about the rest of the Pride outfit? 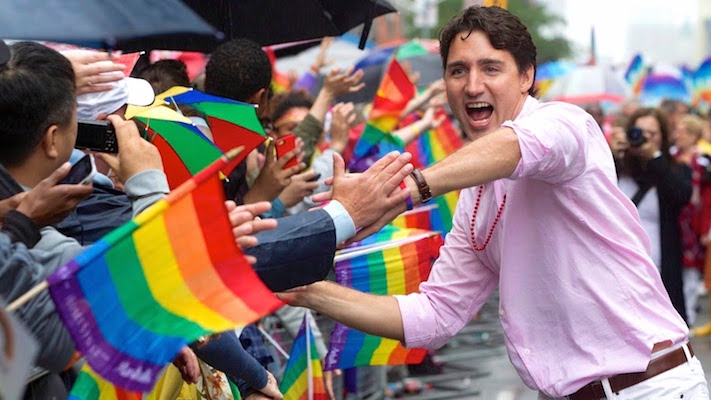 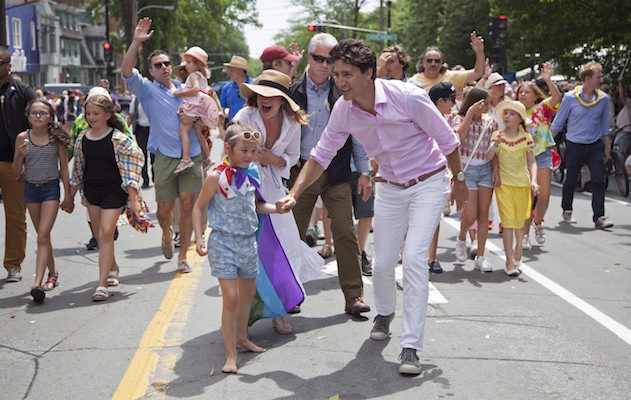 Before the parade, a “slightly sleepy” Trudeau woke up in his hotel room, put on the Pride outfit, and had a Skype interview with The West Wing Weekly podcast:

On the next @WestWingWeekly: we discuss the episode where Donna becomes a Canadian. For help, we turned to…Prime Minister @JustinTrudeau. pic.twitter.com/LkC3HbpFQr

To be fair, in the 2016 Vancouver Pride parade, Trudeau switched out the pink shirt for an identically styled teal shirt: 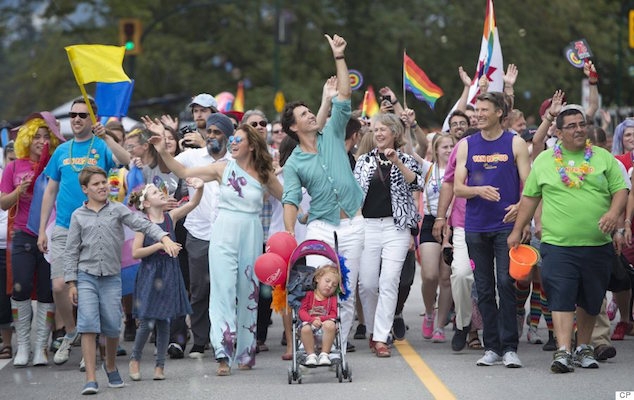 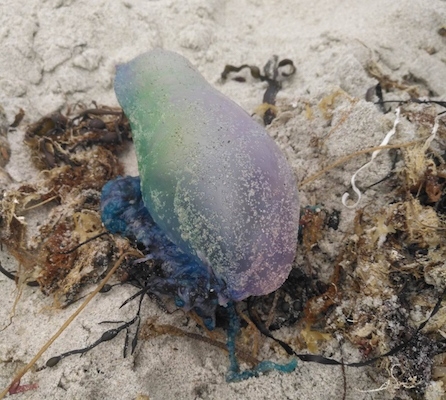 “A creature nicknamed the ‘floating terror’ and feared for its painful and potentially deadly sting has been showing up on beaches in Nova Scotia,” reports Anjuli Patil for the CBC:

In the past week, one Portuguese man-of-war has washed up at Crystal Crescent Beach in the Halifax area.

[Masters Biology student Bethany] Nordstrom, who is working on a study of predator-prey dynamics of leatherback sea turtles and jellyfish in Atlantic Canadian waters, said there have been three confirmed sightings of Portuguese man-of-wars in Nova Scotia this summer.

Although the colourful creatures look harmless, beachgoers should be wary of their sting, which can be deadly for some.

“In rare cases they have been known to be fatal when they’ve stung people but it’s usually because somebody has an allergic reaction or doesn’t react well to the sting,” she said. 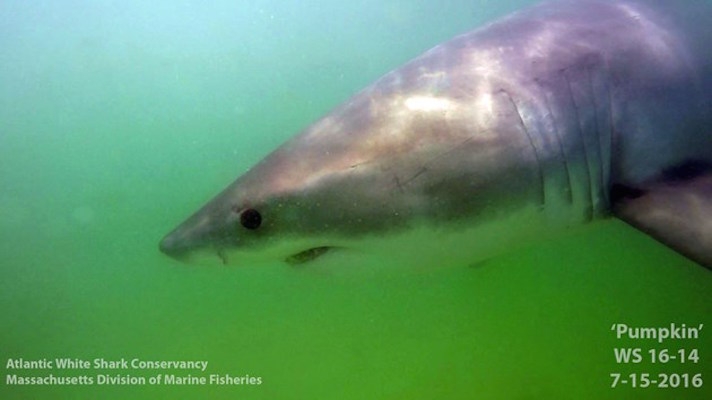 “Pumpkin the great white shark has been hanging out in the Minas Basin,” reports Chris Lambie for Local Xpress:

The 300-kilogram shark, which was tagged with a transmitter off Cape Cod last summer, showed up on underwater receivers Saturday near Cheverie, where Kings-Hants MP Scott Brison was planning his annual barbecue that took place Sunday. Data from receivers shows the 2.7-metre-long shark also swam near Bramber, Kempt Shore, Avonport and the mouth of the Avon River.

“She was over visiting Scotty before his big old picnic,” said Darren Porter, a local fisherman who regularly checks the receivers in the area as part of a study being conducted for a tidal power company.

“There are quite a few seals around that area right now,” he said.

Porter, who fishes from a dory, isn’t particularly worried about Pumpkin’s presence. “I just don’t get in the water. But in my boat I’m fine.”

“In my boat I’m fine”?!?!?!? Porter must have missed this important oceanographic documentary on great white sharks: 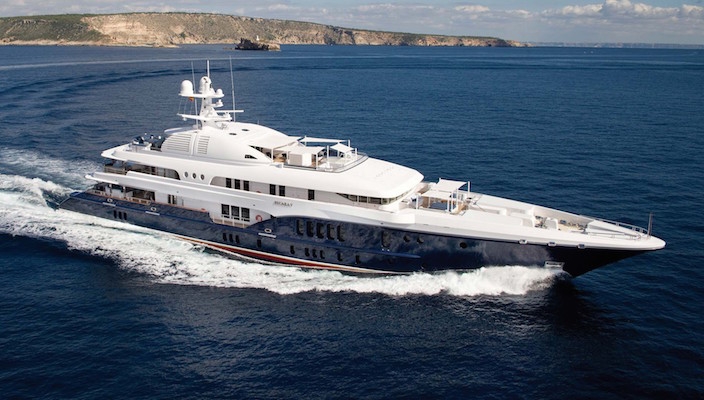 People are asking me about the superyacht tied up to the boardwalk. It’s the Sycara V, which is being leased out by the yacht brokerage firm Burgess because it hasn’t been able to sell the thing. It can carry up to 12 passengers. “The interior design has a Fifth Avenue penthouse feel, and flexibility in usage of the yacht was one of the main design goals. Notable features include a gym and private massage room on the sun deck, an elevator and a beach club.” You too can rent it, for only €585,000 a week. 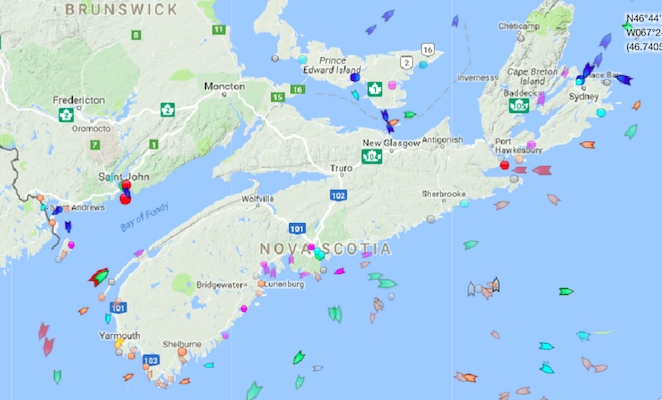