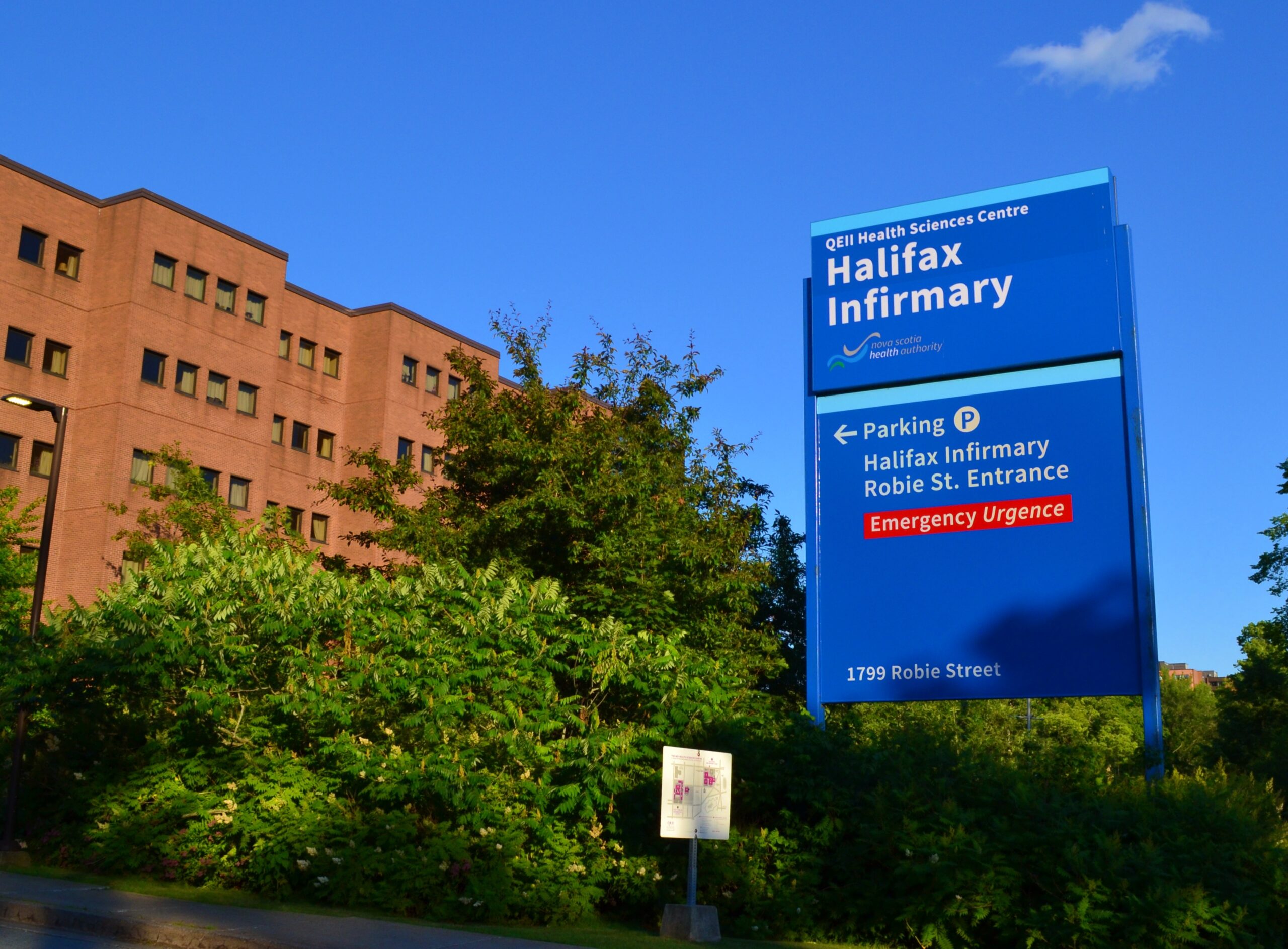 A total of 21 patients admitted to the 8.1 unit of the Halifax Infirmary in May of this year tested positive for COVID-19. Three patients died because of the virus. Three more patients died after being infected with the virus but other health factors were responsible for their deaths, according to an investigation led by Dr. Ian Davis.

Davis is an infectious disease specialist who works at the QE 2 Health Sciences Centre and the information is contained in a report from the Infection Prevention and Control group of Nova Scotia Health released today. As reported in the Halifax Examiner on June 1, the cluster of cases also included about a dozen health care workers and support staff on the 8.1 unit, all of whom recovered. The outbreak on 8.1 was contained to that unit and did not spread to other parts of the hospital.

An investigation into the cause of the outbreak began in May. At that time, Nova Scotia Health senior communications advisor Brendan Elliott told the Examiner the working hypothesis was a patient who initially tested negative for COVID subsequently tested positive and infected others.

That turned out to be correct, only it happened twice. The investigation led by Dr. Davis looked at patient charts, roommates, and staffing assignments on 8.1. It also sent samples of virus to the National Microbiology Lab in Winnipeg for testing to identify changes in the virus that could then be traced in order to figure out how it was transmitted. The testing confirmed the Alpha variant of the virus was at work. Digging deeper using genome sequencing allowed scientists at Dalhousie University to analyze those results and find common mutations that eventually tracked back to Patient X and Patient Y.

“The genome sequencing is like a typing of results so that we could identify relationships between cases,” explained Tammy MacDonald, director of Infection Prevention and Control for Nova Scotia Health.

“If there are many many changes in the sequencing between one virus and the next, we can determine if they are related or not related at all because they originated from different sources,” said Davis. “It’s a much more detailed molecular sequencing beyond what we do for a variant.”

Nova Scotia Health received the results from the laboratory testing in July. Combined with the information from patient records and staffing assignments in May, the investigation into the hospital outbreak came to the following conclusions.

• Of the 21 people on the unit who tested positive for COVID-19, two were community-acquired cases that were not linked to the outbreak and did not transmit to any other inpatients. (During the third wave, 60-70 new cases were being announced daily in Nova Scotia and there was community spread.) There were two patients for whom typing of their COVID-19 strain could not be done for laboratory-related technical reasons.

• The remaining 17 patients all belonged to one of two groupings of genetically linked viruses. In each of these two groupings, there was a patient who had been admitted with respiratory symptoms, but initially tested negative for COVID-19, and who was likely the source of infection for the other patients in the molecular grouping.

• Three patients died because of COVID-19, including one of the community-acquired cases. Three more of the 21 infected died with COVID, but other health factors were responsible for their deaths (a patient may have had cancer or heart disease).

• Most of the patients on the unit were unvaccinated at the time of the outbreak and had at least one co-morbidity that made them vulnerable to infection and severe illness from infection.

To sum up, two separate groups of people were infected after patients who initially tested negative for COVID developed the virus. At the time, the hospital’s precautionary measures included testing all newly admitted patients for COVID and checking patients (and staff) daily for symptoms of the virus. Those precautions continue.

“The cases initially tested negative with the nasal swabs used on the upper respiratory tract,” said Davis. “They did have symptoms. In retrospect, we do believe those people came in with COVID but just weren’t detected because by the time they had symptoms, their virus was in their lower respiratory tract. Which we know is a phenomenon that has occurred with COVID.”

After a second inpatient on 8.1 tested positive on May 12, any staff or visitor having contact with a patient on that unit had to wear a mask, gown, gloves, and eye protection. Among the measures taken by the hospital was:

Easier said than done. Many of the patients admitted to the 31-bed surgical/orthopedic unit called 8.1 suffered from dementia. Most were unvaccinated or partially vaccinated according to the investigator’s report.

The Examiner spoke to the surviving spouse of one patient who told us her husband had dementia but was very social and mobile enough to leave his room and visit with others. According to his wife (we aren’t naming her to protect the privacy of the deceased patient), her 89-year-old husband had been admitted for surgery in late April and placed in a room with three other people.

About nine days later, he tested positive for COVID. He was then transferred to the COVID Unit on a different part of the eighth floor where his wife was not permitted to visit. After two weeks in the COVID Unit, he was moved to a private room on 8.1. His wife and sons were permitted to visit for compassionate reasons and he died the following day. His spouse has not seen the death certificate and is uncertain about the actual cause of death.

Graham Thomas considers himself another victim of COVID. He lost his wife Joan on May 20, 2020 “due to complications related to COVID-19,” according to her published obituary. “The hardest part was not being able to say good-bye”, he told the Examiner, the pain still evident in his voice. “We had been married 51 years and I wasn’t allowed to go in to see her.”

Thomas says Joan was admitted to 8.1 on May 18 because she was struggling to breathe. It was a shared room with three other patients, one of whom was coughing a lot, according to Graham. Joan had received her second vaccination just five days earlier. Graham says although he had no symptoms of COVID, he received a phone call telling him he had also tested positive for the virus and he could no longer visit Joan in the hospital. She died just a few days after being admitted.

Here are the recommendations from the investigation carried out by Davis, most of which will cost money to implement.

• A negative lab result for SARS CoV-2 should not, in itself, be reason to remove a symptomatic patient from contact and droplet precautions (wearing mask, gloves, gown when seeing the patient).

• Shared rooms are a risk factor for infection transmission.

• All inpatient units should be appropriately resourced to implement strategies to manage wandering patients that are commonly used in settings that care for persons with dementia and other conditions that impede infection prevention and control practices.

• Vaccination, use of masks, and physical distancing remain critical measures to prevent the spread of COVID-19, including in acute care facilities.

As a result of this experience, the Infection Prevention and Control group within Nova Scotia Health is recommending that single-patient rooms be the standard for all new hospitals built in the province.

“Health care-associated outbreaks of COVID-19, including in hospitals, have been common during the COVID-19 pandemic, and could continue to occur if preventive efforts do not remain at the forefront,” says the report. “We all have a role to play in these efforts and look to our patients and their families assisting us as we work to prevent the spread of infection in our facilities.”