You are here: Home / Featured / COVID is challenging effort to recruit more doctors 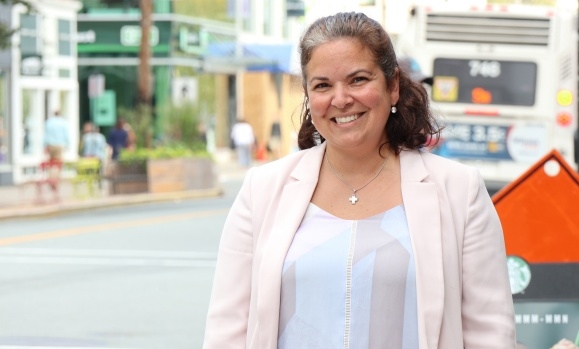 The flow of physicians moving to Nova Scotia has slowed during a year when travel restrictions killed job fairs and on-site visits to Nova Scotia communities anxious to attract international medical graduates.

The good news is the drop is not as dramatic as might have been expected. Between April 2020 and March 2021, Nova Scotia will receive 106 physicians, 24 of whom are signed and sealed but not yet delivered. Fifty-four* of those recruits are badly needed family doctors.

“People were delayed so it became more challenging to recruit,” said Katrina Philopoulos, the director of physician recruitment for the Nova Scotia Health Authority (NSHA). “It took longer. Passport offices and doctor’s offices weren’t always open to get the necessary paperwork approved. But we were still successful in bringing folks to Nova Scotia during a global pandemic.”

Doctors are considered essential workers and permitted to cross international and provincial borders as long as they quarantine when they arrive.

Since 2016, when the NSHA took over the task of recruiting from the Department of Health, the number of new doctors has fluctuated between 103 and 130 in each of the past four years.

In June, two recruiters in each of Nova Scotia’s four Health Zones launched a digital marketing campaign to promote job opportunities to physicians who might be considering a move. An Instagram account has since been set up to try and lure young doctors (residents) living in other parts of Canada. Community groups such as the one in Colchester have created videos on Facebook extolling the natural beauty of the area and featuring testimonials from doctors who have emigrated from their home countries to settle and practice in the Truro area.

In the year prior to COVID, April 2019-March 2020, a total of 129 new physicians arrived in the province. That number will be lower this year — about 106 — but Philopoulos said communities have pulled out all the stops to welcome those who have arrived. In New Glasgow, she said the town not only helped find a home for the doctor’s family, they arranged for daily Advent gifts and fish chowder to welcome the South Africans. Last summer, Tatamagouche provided accommodations at the Tim Horton’s Summer Camp as a place where the doctor’s family could self-isolate after arriving from the United Kingdom.

There are currently 111 “practice opportunities” being advertised by the Nova Scotia Health Authority; 73 of those are for family doctors. It’s unknown how many physicians will retire this year. Doctors Nova Scotia says 300 are currently more than 66 years old but that doesn’t mean all will be retiring this year.

Philopoulos said stepped-up recruiting efforts in the past two years means the province still attracts more doctors than retire or leave each year. But with more people moving into Nova Scotia and the ongoing aging of our population, there is a resulting shortage of doctors and nurse practitioners. That’s a trend that will continue to be felt over the next five years.

As an example, just in the past two months, the number of Nova Scotians without a primary care provider has jumped from 51,000 to 53,000 as of the end of January. In the Western Zone (Valley and South Shore), 11% of residents are without a family doctor. In the Northern Zone (Cumberland, Colchester, Pictou), one in ten people are “orphaned” patients.

The pandemic is not without a silver lining that could eventually turn this situation around. “COVID has afforded us an opportunity,” said Philopoulos. “Some Dalhousie Medical School residents had had plans to do rotations or electives outside the province. We have held on to them longer. So community groups have helped to make them feel more welcome and want to stay.”

The money has improved. A four-year contract negotiated between the government and Doctors Nova Scotia means family doctors, anaesthesists, and psychiatrists working here are now the best instead of the worst paid in Atlantic Canada. And Nova Scotia having fewer active COVID cases than most places in the world is helping convince some doctors to re-locate from elsewhere in the country or abroad.

“During the pandemic, what we have heard most is Nova Scotia is a safe place to come, live, work, and raise a family,” said Philopoulos.

Hopefully, that will also result in higher numbers of doctors arriving over the next 12 months to locations where they are most needed.

* as originally published, this article misstated the number of family doctors in the new recruits.