You are here: Home / Featured / COVID and cancer: lockdowns and fears of catching the virus are leading to delayed cancer diagnoses and likely to more deaths 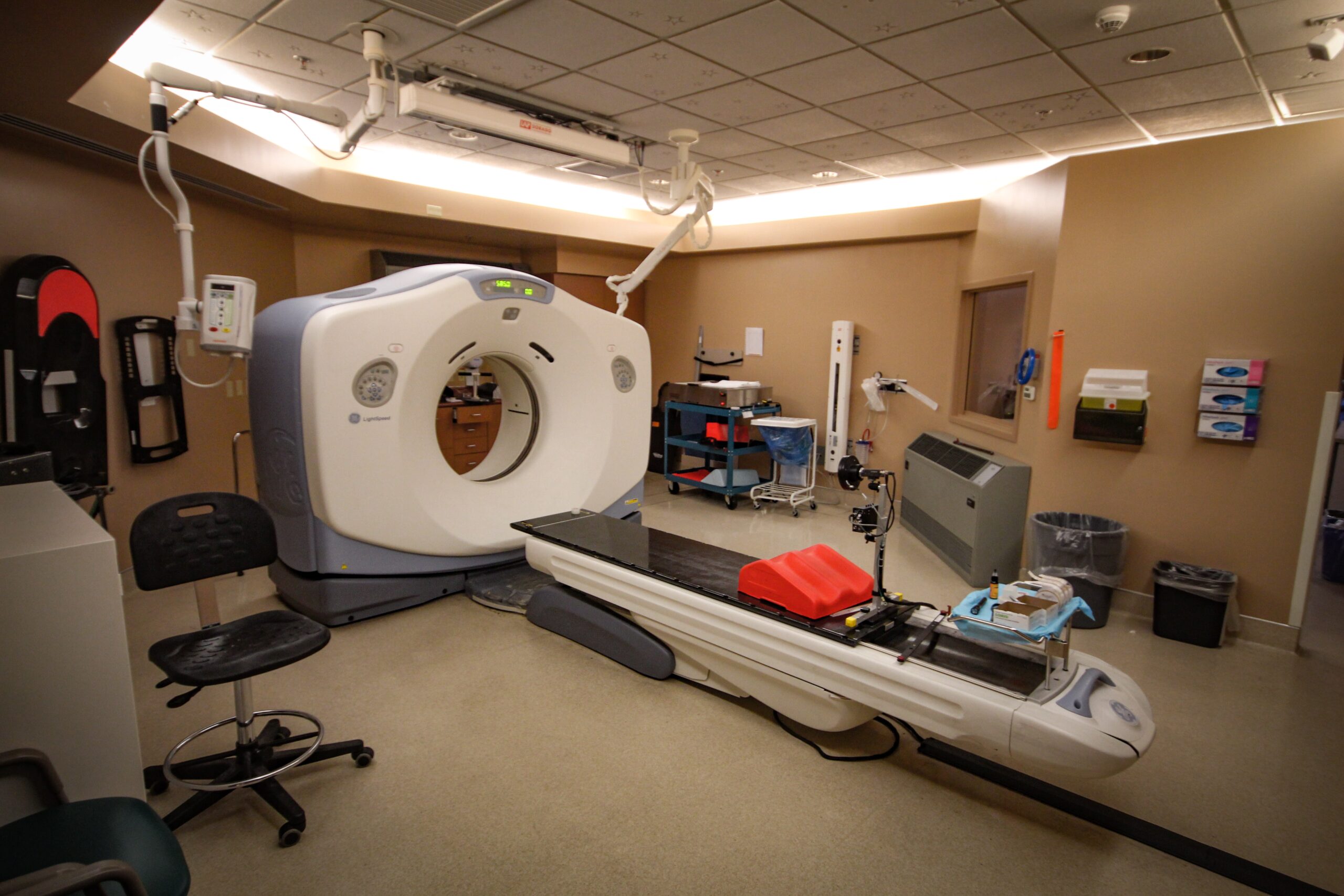 Since losing his mother to an aggressive cancer in December, Paul Service wonders how much longer — and how much more comfortably — she may have lived if not for the pandemic.

“I can’t tell you it was weeks [her diagnosis] was delayed, but there was time in it. I think the inability to be there to advocate for the patient made a significant difference,” Service said in an interview.

“For me it’s brutal because you’re talking about a person who was always there for us.”

His mother Barb was brought to hospital three times before receiving her diagnosis. It was pancreatic cancer that had spread to her liver and spleen. Service described his mother as “stoic,” noting she never wanted to feel as if she was bothering anyone. That’s why she didn’t tell doctors that she was sleeping all the time, wasn’t eating, and struggled to even make it into her bed without help.

Although supportive of COVID-19 safety protocols, Service said those measures prevented family members from accompanying his mother inside the hospital, meaning the full extent of her issues weren’t immediately known or investigated.

“Would mom still be here today? No, it was a pretty aggressive pancreatic cancer. Did this go on for months because of COVID? No. This is a lot of stuff that came really, really fast,” he said.

“I just think that if we had been allowed in and allowed to articulate mom’s strong way it would’ve made a difference and she’d have had more time. She wanted to come home to die, and I think we could’ve gotten her home…Her main goal, her wish, was to come home and say goodbye to the puppies.”

The aggressiveness of her cancer meant Service’s mother likely wouldn’t have had a different outcome if diagnosed weeks earlier.

But oncologists across the country are concerned about the impact the pandemic is having on cancer care — especially on people who aren’t being diagnosed or getting care over concerns about contracting COVID-19 in a hospital setting, or because they believe the pandemic has shut down hospitals and halted appointments, screening and care.

‘Cancer hasn’t gone away just because we have COVID’

Results of a national survey published in December suggest 80% of Canadian oncologists believe the pandemic has had a “moderate to severe impact” on the diagnosis and assessment of new or potential cancer patients in their care. The survey, titled ‘Impact of COVID-19 on Canadian oncology practices,’ was undertaken by the research-based business consulting firm Metrika. 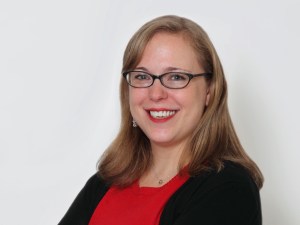 Dr. Stephanie Snow, a medical oncologist at the Queen Elizabeth Health Sciences Centre (QEII) in Halifax, is one of many urging people to seek cancer care. With data suggesting a 40% global reduction in the number of new cancer diagnoses as a result of the pandemic, she said public awareness is critical.

“We won’t have the true data about the implications, I don’t think, until after the story is said and done,” Snow said in an interview.

Early detection and early treatment are associated with better outcomes, which is why Snow is troubled by the pandemic trend that has oncologists seeing far fewer patients in the early stages of their cancers. Instead, many more are presenting during the later stages of their disease.

“What we’re seeing in our practices clearly is that there are more patients who are being referred to us at an advanced stage that’s no longer curable,” she said.

Canadian oncologists who participated in the Metrika survey estimate the number of newly diagnosed cancer patients they see in a three-month period is 16% lower when compared with 2019.

In addition, new diagnoses of bladder and ovarian cancers are down by more than 25%, while breast cancer diagnoses have dropped 19%. Diagnoses of prostate cancer dropped by 18%, lung cancer by 16%, and colorectal cancer by 12%.

“It’s not that there’s actually less cancers. We know that they’re out there, patients are just not presenting with symptoms,” Snow said. “Cancer hasn’t gone away just because we have COVID.”

Screening programs were one area hit by pandemic-related changes in health care services. Snow points to colon cancer screenings in particular. These require an endoscopy, which involves the insertion of a camera to examine the bowel. The high risk procedure takes more time and more intensive cleaning in between tests, leading to delays.

“So anybody with a potential oesophageal, gastric, colon, lung cancer, the wait times for endoscopy are longer just because of the increased cleaning. And those are all very high risk procedures, they’re aerosol generators.”

Snow said Nova Scotia’s older population and Atlantic Canada’s higher per capita incidence of several cancers when compared to other parts of the country require us to “pay attention” and take the issue of cancer care seriously.

“The C-word, the cancer word, is always a scary word…But we have excellent treatments,” she said.

“If you’re worried you might have a cancer, if we pick it up at the early stage there is a very good chance that that cancer can be cured. But if you don’t present, it’s not going to go away on its own.”

During a recent discussion with her colleagues, she said they all noted while they “hardly ever see” Stage 3 lung cancer patients anymore, they’re seeing far more patients presenting with Stage 4 lung cancer.

“Generally Stage 4 lung cancer is not curable, and so we’re wondering if these were the Stage 3s that were out there kind of brewing at the beginning of the pandemic,” she said.

“They did not present, and now, by the time they have presented, because they’ve become more ill, they are actually Stage 4s. And the Stage 4s that we are seeing? They’re sicker.”

Despite having “very effective therapies” for patients with incurable lung cancer, Snow said they’re only safe to deliver to those who have a certain amount of strength. They’re now seeing “more and more” people beyond the point at which they can be safely treated.

“Even when we’ve maximized their supportive care with pain medications and those types of things, there’s a lot of people who are just too ill to be safe candidates for our therapy,” she said. “So I think that’s a later presentation effect.”

“For a while there in the spring, our cancer oncologists who are surgeons could see a patient, then have them booked for their surgical resection (removal of all or part of an organ or tissue) within a week, which was unheard of before,” she said.

“But other areas of the country had to shut down all their surgeries, including cancer surgeries. So for a little while, we were actually seeing more of those early stage resectables. But that kind of petered off, and now it’s back to the same typical wait times as it had been.”

Last week, 25 health care organizations from across Canada launched a public awareness campaign, ‘New Normal, Same Cancer’ to encourage Canadians to “get back to cancer care.” The initiative is supported by pharmaceutical giant AstraZeneca.

“The message we need to get out to our cancer patients is that it is different, but we’re still here and they should not be cancelling appointments because of a fear of being exposed to COVID,” Snow said.

Hospital settings, she stressed, have strict processes in place. She described them as a “very tightly run bubble” with extra screening, cleaning, and appropriate use of personal protective equipment to protect a population of patients considered at higher risk for serious complications should they contract the virus.

“It’s not dangerous to come see us,” Snow said. “If for some reason you had a routine follow-up, or a screen cancelled initially during COVID, please be in touch with us again now and we will get that re-booked.”

Snow said it was also important to take note of the results of a Leger survey from the Canadian Cancer Survivor Network released last month. It found delays in cancer care have impacted patient mental health, with 72% of patients, pre-diagnosed patients and caregivers expressing concerns about getting proper cancer care during the pandemic.

While cancer patients are feeling a great deal of stress knowing they’re likely more vulnerable to the effects of the virus, Snow said the overall population is also feeling more stressed. Feelings of isolation and being disconnected have led to increases in behaviours known to increase cancer risk, including alcohol consumption and tobacco use.

“If you’ve found yourself reacting to the stress by taking up some of these behaviours that are associated with health risks, including cancer, please reach out to the health care system,” Snow urged.

“We do have services in place for support. Family physicians are great resources to support you through this stressful time and to also help you with those particular struggles that we do see more and more people having during the unique times of the isolation that’s been induced by COVID-19.”