You are here: Home / Commentary / COVID-19: who should live and who could die? 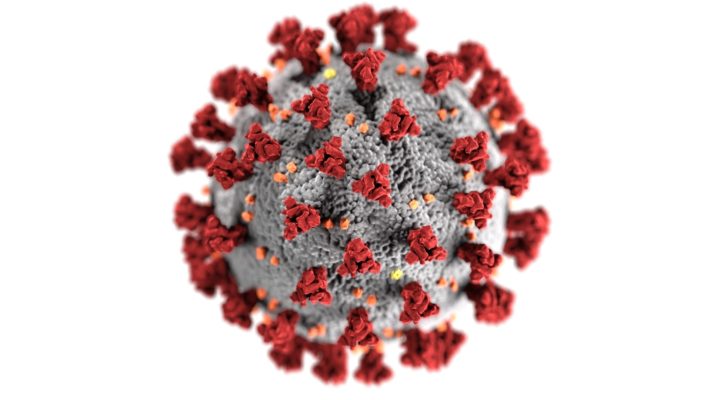 Last week, a friend emailed me with what he suggested was an idea for an Examiner column. I’d been meaning to contact him. We usually get together a few times a year for lunch and the opportunity to share our inevitably smarter-than-those-in-charge solutions to the world’s political, economic and social problems. And, oh yes, to have a good meal and enjoy each other’s company. When his email—Subject line: “Old Farts” — landed in my inbox late last week, I realized with a now suddenly all-too-familiar unfamiliar startle that we wouldn’t be enjoying lunch together anytime soon.

He quickly came to his column-idea point: “I am 81 and have underlying health issues,” he wrote. “I am not afraid of dying but get twitchy when I hear health professionals tell me in the media about shortages of ventilators and ICU beds in Nova Scotia. These shortages, they say, may ‘force’ these docs and nurses to decide to let people like me die and give the care to thirtysomethings.”

As someone who has known an up-close thing or two about the law and our Charter of Rights and Freedoms, my friend made the point that “any life-and-death decisions that did not give us old farts a chance to survive might be quite illegal… I think a good class-action lawyer like Ray Wagner could craft a very lethal lawsuit against the health professionals and the health authorities, claiming the Charter rights of old people were being violated by deciding that health care should be arbitrarily withheld from them.”

Well, yes, indeed, but… what are our real options? Now?

My friend suggested “health authorities should be thinking of creating a fair, lottery-type system to decide who lives or dies, not an arbitrary death sentence for oldies.”

Let’s come back to that.

We are already past the moment when such discussions can be merely over-lunch or in-the-email-ether theoretical. That next ventilator has never even made it to the assembly line, let alone left the factory door.

Healthcare professionals in COVID-19-overwhelmed Italy, in fact, are already practising “catastrophe medicine,” making unfathomably difficult decisions about who will live and who will die. As Yascha Monk described the exploding, unfolding unthinkable there in a Mar. 11 story in The Atlantic:

Two weeks ago, Italy had 322 confirmed cases of the coronavirus. At that point, doctors in the country’s hospitals could lavish significant attention on each stricken patient.

One week ago, Italy had 2,502 cases of the virus, which causes the disease known as COVID-19. At that point, doctors in the country’s hospitals could still perform the most lifesaving functions by artificially ventilating patients who experienced acute breathing difficulties.

Today, Italy has 10,149 cases of the coronavirus. There are now simply too many patients for each one of them to receive adequate care. Doctors and nurses are unable to tend to everybody. They lack machines to ventilate all those gasping for air.

That, of course, was then. As I write this, 10 days later, on a Saturday morning (Mar. 21), the number of cases in Italy, according to the latest from Coronavirus Worldometer, has rocketed to 47,021, of whom more than 4,000 have died. There is no breakdown yet of the ages of the dead.

What we do know is that Italy’s Association of Anaesthesia, Analgesia, Resuscitation and Intensive Care has published new guidelines to help physicians there decide who among their country’s citizens will be “deserving of intensive care” if needed.

We know most of the “deserving” will not be elderly. “Though approaches vary even within a single hospital,” noted Lisa Rosenbaum, a national correspondent for the New England Journal of Medicine, after talking with doctors there, “I sensed that age was often given the most weight.”

I heard one story, for instance, about an 80-year-old who was “perfect physically” until he developed COVID-19–related respiratory failure. He died because mechanical ventilation could not be offered. Though Lombardy[, Italy]’s richly resourced health care system has expanded critical care capacity as much as possible, there simply were not enough ventilators for all patients who needed them. “There is no way to find an exception,” Dr. L. told me. “We have to decide who must die and whom we shall keep alive.”

Will it really come to that in Canada? In Nova Scotia?

It’s impossible to know for certain. Although no jurisdiction has responded as quickly and completely as the reality of this pandemic’s spread warrants, I think we can be thankful our government and public health officials have, even belatedly, pushed us gently but relentlessly — at slightly faster than the conventional speed of necessary awakening public opinion — into handwashing, elbow-bumping, and self-isolation.

But we also know our healthcare system was already over-stressed and has been for years. We have not kept up with the growing need for long-term care beds for our aging population, which only adds to the pressures on our acute care facilities. We know our too-few health care professionals are over-worked.

Let us come back to those issues too.

We know our number of ICU beds per 100,000 patients is slightly higher than the national average, but it’s also clear we won’t have nearly enough beds or ventilators to go with them if the pandemic spreads too quickly.

There have been suggestions one-quarter of the Canadian population — roughly 10 million people — could become infected with COVID-19 during the first year. If 5% require ICU support, that could mean 500,000 people requiring intensive care.

If you extrapolate those numbers down to Nova Scotia, we’re talking about 12,500 Nova Scotians needing to squeeze into about 150 existing intensive care unit beds capable of providing “invasive ventilation,” and with just 240 ventilators to support them. And none of those numbers, of course, make space for all those other patients requiring intensive care and ventilators in normal times for other, equally valid reasons.

If it does come to that — and with the kinds of increasingly draconian but necessary measures our government has been taking to bring down the curve, we can still hope it will not — someone will have to decide whose life is more worth saving.

How should that be done? Well, Quartz, which bills itself as a “digitally native news outlet for business people in the new global economy,” surveyed eight ethicists who all agreed that “those who have the best chance of surviving” should get priority.

“If we give scarce treatments to those who don’t stand to benefit (and have a high chance of dying anyway), then not only will they die, but those with higher likelihood of survival (but require ventilator support) will also die,” says Lydia Dugdale, professor of medicine and director of the center for clinical medical ethics at Columbia University. “It’s not fair to distribute scarce resources in a way that minimizes lives saved.”

While that probably does not augur well for those of us in what I am quickly learning to hear described euphemistically as “vulnerable populations,” it is also not an automatic death sentence. The New York department of health’s 2015 ventilator allocation guidelines, which were put in place during a flu epidemic, state that “first-come-first-serve, lottery” — my friend take note — “physician clinical judgment, and prioritizing certain patients such as health care workers were explored but found to be either too subjective or failed to save the most lives. Age was rejected as a criterion as it discriminates against the elderly, and there are plenty of cases in which an older person has better odds of survival than someone younger.”

There is also this interesting argument “that may seem to contradict” the notion the old should be at the bottom of every priority list. When we do finally get to the vaccine stage, suggested three experts in an op-ed about health care rationing for the New York Times, “distribution of any vaccine that is developed to prevent disease should prioritize older patients and those with serious underlying health conditions who are at greatest risk. This is because, unlike the 2009 swine flu outbreak when children were prioritized for vaccine because they were most susceptible, with COVID-19 older patients and those with serious health conditions have an elevated risk of dying.”

While I — and I believe most of the old farts of my acquaintance, including my friend — would willingly step out of line in favour of our lives-still-to-be-lived children and grandchildren, the fact we are even having this discussion makes me think we need to have a very different discussion moving forward.

While we can’t ever be fully prepared for any and every future climate/economic/pandemic emergency, we need to recognize we have allowed our society to evolve in all sorts of ways that make us more unprepared.

Tax systems that favour the wealthy, private privilege over public good, the now over the next year and the next generation…

Something to think about as we sit in our splendid isolation. Let that discussion begin too.