You are here: Home / Featured / Court of Appeal overturns Justice Lawrence O’Neil’s ruling giving custody of a child to man with a history of domestic abuse 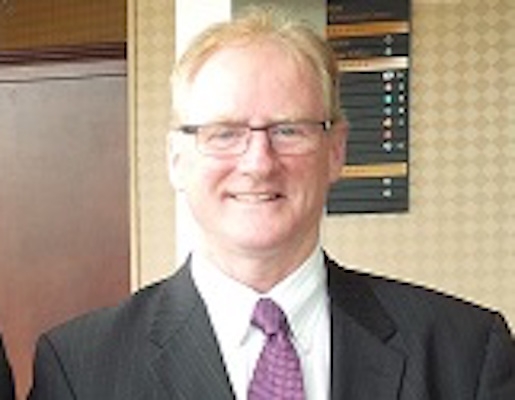 In November 2017, the Halifax Examiner reported that:

In August [2017], Lawrence O’Neil, the Associate Chief Justice of the Family Court, awarded custody of a five-year-old boy to the child’s father, who has a history of domestic violence, even though the father had previously signed away his right to custody.

After the Examiner wrote about the case, the story was picked up by Huffington Post reporter Zi-Ann Lum, who interviewed the mother for her piece “Nowhere to Turn: A secretive government service was supposed to protect an abused mom. A judge undid it all.”

Today, the courts published a decision of the Nova Scotia Court of Appeal which overturns O’Neil’s ruling and quashes an arrest warrant he had issued for the child’s mother. The decision of the three-judge appeal panel was written by Justice David P.S. Farrar.

The ruling is noteworthy in its strong condemnation of O’Neil.

“The problem with the trial judge’s conclusion is there was absolutely no evidence before him on the best interests of the child,” wrote Farrar.

Particularly vexing to Farrar was O’Neil’s bizarre view that three different police agencies and Legal Aid were colluding to, in effect, lie to the court. Farrar wrote:

Not only is the judge calling into question the motives of [the mother] but also those of Legal Aid and the various police forces. All of this without any evidence before him that there was any kind of collusion between these agencies.

Farrar’s ruling makes clear that O’Neil ignored significant evidence that the mother was seeking refuge as an abused woman:

As a result of [the mother’s] call to victim services, the QPP contacted the Halifax Regional Police. They found there were a number of complaints from 2012 to 2015 and even charges. As a result of their inquiries, QPP was satisfied that her safety was in jeopardy and placed her under protection.

It was clearly explained to the judge that the QPP had a protocol when faced with this type of complaint, it followed the protocol and came to the conclusion that [the mother’s] safety was in jeopardy.

Any attempts by the police forces to explain why they conducted themselves in the way they did was ignored or not accepted by the judge.

There can be no other conclusion but that the manner in which this matter proceeded resulted in a substantial wrong or miscarriage of justice.

Another particularly ugly aspect of this case was that O’Neil allowed testimony from the father about a psychological assessment of the mother, but that assessment wasn’t entered into as evidence:

In fact, at the April 11, 2017 court appearance, [the father] had the psychological assessment with him but did not want to put it into evidence. For good reason, as it is not particularly complimentary of him.

[The father] was indicating that he had the report but he was not asking that it be entered into evidence. In fact, quite appropriately, he said that he did not think the court would accept it.

Not only did the judge accept it, he relied on it in making his decision.

You can read the entire decision here.