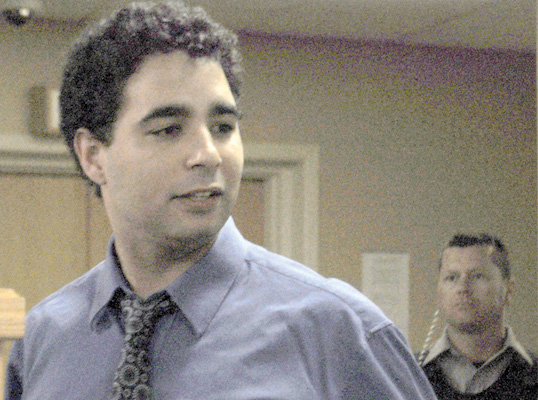 “A Dalhousie University medical student who was facing expulsion told a psychiatrist he would obtain a gun and kill up to 20 people and himself, court documents allege,” reports the CBC:

The search warrant documents filed with Halifax provincial court allege Stephen Gregory Tynes, 30, met with a psychiatrist on Aug. 20 and told the doctor he would stab the associate dean of undergraduate medical education and her daughter, who was also his classmate.

In the document, police say they later went to an apartment in Halifax and seized 1,834 rounds of rifle ammunition, a Russian SKS rifle, a Henry Golden Boy .22-calibre rifle, a banana clip for a rifle, a baggie with three clips and a bore cleaner, two ammunition boxes, a firearms acquisition card and a gun club card.

None of the allegations has been tested in court.

Last weekend, Examiner contributor El Jones wrote about Tynes’ situation as an example of how race plays out in the criminal justice system. As she wrote that piece before the seriousness of the allegations against Tynes were reported, I’ve asked Jones to revisit the issue. She said she will.

For myself, I think if the allegations are credible, then Tynes shouldn’t have been released at all, or at least not until a thorough mental health assessment was completed. There’s no indication that any such assessment was ordered, much less completed, before Tynes was released.

For comparison sake, no one thought — for good reason — it would be OK to release the pair allegedly planning to shoot up the Halifax Shopping Centre. How is it possible that a judge could think it was OK to release someone who allegedly threatened a similarly scaled massacre at Dalhousie?

Before all the allegations were made public, I expressed surprise at the condition that Tynes stay 25 kilometres away from Dalhousie — that’s a greater separation distance than any I’ve ever seen before, effectively banning him from the city. Some are now pointing at the gravity of the allegations against Tynes and saying it justifies the distance, but I’m not seeing it; again, if he was really that much of a threat, he shouldn’t have been released at all.

And I don’t think Tynes’ situation changes my observation that people charged with sexual assault are routinely given ridiculously small separation orders, like the Dalhousie student given an order to stay just 10 metres away from the site where he allegedly sexually assaulted a woman. Basically, he wasn’t allowed to walk on the sidewalk in front of the woman’s apartment, but nothing could stop him from standing across the street and glaring at her.

In any event, what’s with Truro men and Dalhousie? We have Truroian William Sandeson charged with the murder of Dal student Taylor Samson, and now Truroian Stephen Tynes charged in this case. I don’t know how many men from Truro go to Dal, but that’s got to be a significant percentage of them right there. 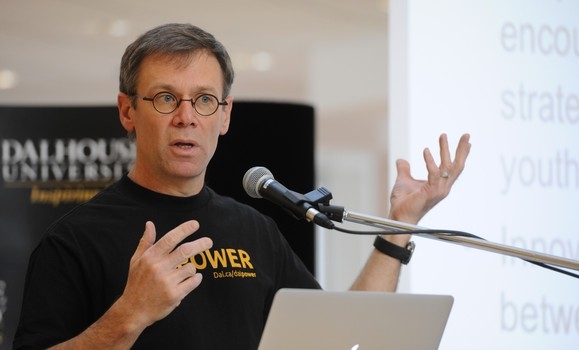 Reporter Moira Donovan explains how Michael Ungar and other academics at Dalhousie University unwittingly started a world-wide movement that punishes people for being poor and says capitalism is the solution to all our problems. 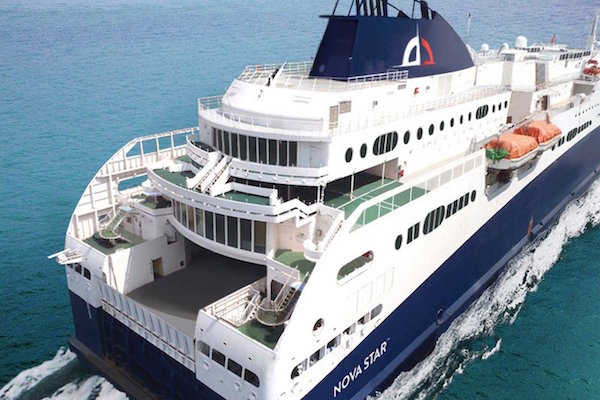 Nova Star Cruises issued a statement late Tuesday showing that over a three-month period, the number of passengers had declined six per cent to 37,800 by the end of August when compared with last year.

The company said the results were disappointing.

The biggest decline was in August of this year, when passenger numbers dropped by 22 per cent to 15,974.

As well, the number of Canadians travelling to Maine dropped by 40 per cent when compared to the three-month figures for last year.

The company blamed the weak Canadian dollar for the sharp fall.

Of course, the sharp fall of the Canadian dollar was supposed to increase the numbers coming from the US to Nova Scotia. But most of those will drive on that shiny new four-lane highway that’s been built through New Brunswick.

I think, all the hand-wringing aside, it’s as simple as that: the new highway through New Brunswick is more attractive to tourists than taking the ferry. As I understand it, the ferry was seen as, and marketed as, part of a transportation and cruise package — a kind of event in itself, on the way to Nova Scotia. I understand the reasoning, but it isn’t working. I think that if people want cruises, they take cruises. If they want to come to Nova Scotia, they come to Nova Scotia. It’s hard to find the time and money to work both into a trip.

I’m envisioning a couple sitting in their Connecticut home, google maps spread out on the kitchen table, planning a trip to the Maritimes. They look at the map, and their eyes are naturally drawn to Cape Breton, and… “look, we could do a side trip so the kids can see that red-hair girl on PEI. Oh, and there’s the Bay of Fundy, with those tides, let’s do that, too. I hear they’ve got diddly diddly music in Halifax, and that fort.” They get to planning the trip, and the allure of the four-lane highway in terms of speed and getting to the places they most want to go outweighs the appeal of an overnight trip on the casino boat, only to get off and have to drive, drive, drive to get to Halifax. That’s not to say the south shore doesn’t have value as a tourist destination, but I think it’s losing out in the mix.

Blame the highway for the failure of the ferry — there’s nearly an exact correlation between segments of the new highway being completed and ferry ridership numbers beginning their collapse. And for the highway, blame the geniuses behind the Atlantic Gateway.

Speaking of tourists, MLA Brendan Maguire has been pushing to get the shoulders of Old Sambro Road and Ketch Harbour Road paved in order to give a more pleasant riding experience to bicyclists, reports the CBC.

Which is all well and good — it’s a great cycling route with wonderful views, and the lack of a paved shoulder presents a lot of conflicts with cars. But I’ll again suggest something much more ambitious: a separate cycling road, not just for the Sambro Loop, but around the entire Chebucto Peninsula — that is, constructing a bike path either through or above the Terrence Bay Wilderness Area, connecting Sambro to Whites Lake, and continuing along parallel to Highway 333 to Peggys Cove and then up to Tantallon.

There is a tremendous opportunity for bicycle tourism around the peninsula. The route could be pedalled in a long day, or cyclists could spend the night at one of the many B&Bs along the route. This is done elsewhere in the world. The Moselle Cycling Trail in Germany brings hundreds of thousands of cycling tourists from around the world every year, and is a significant segment of the local economy.

The golf dude probably isn’t into cycling, but if he’s really serious about doubling tourism…

Such a bike road would have the additional benefit of bringing political forces in line to protect the shoreline and forests and ocean views.

Paul Schneiderdicht reviews the auditor general’s report on the Bluenose disaster, which he says “should be required reading when business and management school students are studying incompetence.”

I have to agree very much with some of the ideas presented in Damian MacInnis’ letter recently in The Oran. Indeed, we should never be automatically against anything, and we should investigate any potential developments with an open mind. With an open mind we should do research and learn about potential industries and opportunities and judge for ourselves if the risks involved may be too great, or not. That’s what you meant, right Damian? You didn’t mean we should embrace any and all “development” thrown our way by corporations who exist for no reason other than to make profits and don’t actually have any vested interested in our communities whatsoever — by corporations who do their own “research” that unwittingly comes out saying everything is going to be just fine no matter what the “facts” are. No you didn’t mean that. And you didn’t mean that a far right-wing government which actively promotes the reduction on taxes on corporations (which means citizens are left footing the entire tab for public services like health care, for example, and when the government then comes back and says ‘oops’ we’re out of money for some reason then they tout privatization to us, not for our benefit but for the benefit of their bosom buddies who will then own what we have built — for further info please google “Nova Scotia Power”); a government which has aggressively gutted environmental regulations and muzzled scientists; a government that holds contempt for open and honest discussion or debate on topics…. you didn’t mean to say they are actually doing a such a great job protecting the interests of all Canadians ahead of corporations that we citizens shouldn’t have to worry about what’s happening in our country – or we don’t have the right to ask questions about it – or to pose questions to our government (at any level)? No, you didn’t mean that, I’m sure. I mean, when the Federal Minister of Environment, Leona Aglukkaq, recently stated that anyone drilling for oil and gas off our Nova Scotian shores would have a full 21 days to cap a blowout (in the USA companies get 24 hours) – that’s right, 21 days of oil and gas spewing into our waters just like the Gulf of Mexico a few short years ago (Is it me or is human collective memory getting shorter all the time?) — I’m sure, by reading that thoughtful and definitely non-kool-aid-drinking-related letter of yours, that you’d agree we all have the right to question the putrid logic that accompanies such a decision?

Yes, indeed, we need to be open to new ideas, certainly. We need to have open, considerate, questioning minds; an intelligent society that doesn’t sway either for or against anything without first engaging in something very simple: thought. That’s what you meant, right? I’m sure that’s what you meant. 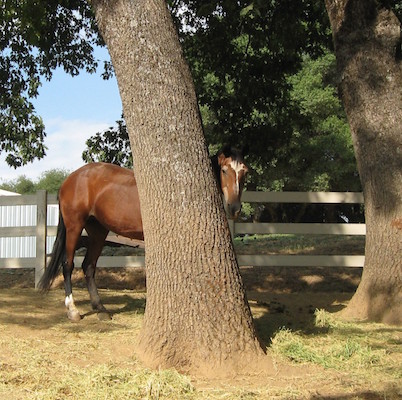 It’s impossible to say how many horses are hiding behind this tree. Photo: horsecollaborative.com

Also, over the years Memento Farms has expanded its operations and now has “30-35 horses” — it’s hard to get an exact number because horses run around, hide behind things, use aliases and wear false moustaches. But however many horses there are, the number exceeds the amount allowed by the bylaws for the area, so Memento has applied retroactively for a development agreement to make the operation legal.

No public meetings today, but tomorrow, at 9:30am, the Economic Development Standing Committee will cram itself, Nova Star Cruises president Mark Amundsen, Deputy Minister Paul LaFleche of the Department of Transportation, a gazillion reporters, probably a handful of interested citizens, and maybe a street person or two into Room 233A of the Johnston Building (corner of Corner of Barrington and Prince Streets) to talk about the Yarmouth ferry. Joachim Stroink will preside over the circus. 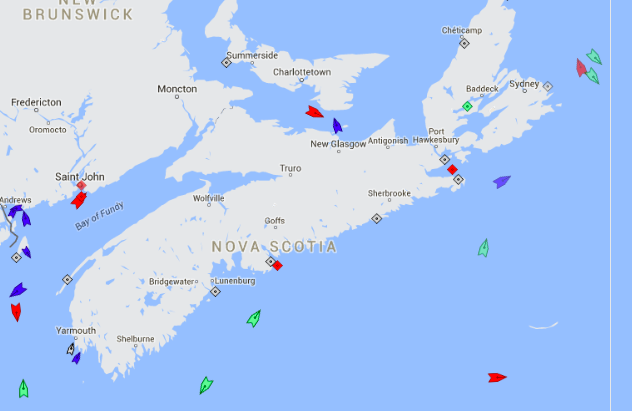