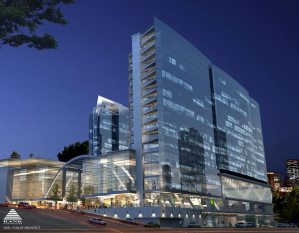 The  lawyer for Thiel family—owners of the BMO building, the TD Centre, and the Royal Bank Tower in downtown Halifax—made oral arguments in court yesterday, asking Justice Frank Edwards for a declaration that exemptions to planning laws given to the Nova Centre were illegal. Reporter Rachel Ward was on hand to watch the proceedings, which included a special guest appearance by Howard Epstein.

That article is behind the Examiner’s pay wall and so available only to paid subscribers. Click here to purchase a subscription. 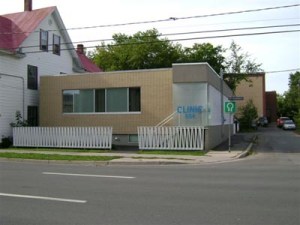 The now-closed Morgentaler clinic in Fredericton.

New Brunswick Premier Brian Gallant has eased that province’s onerous restrictions on abortion, doing away with the requirements that two physicians approve an abortion and that it be performed by a specialist, reports Karen Rawlines. But, say observers, New Brunswick is still violating the Canada Health Act by refusing to fund abortions performed outside a hospital, which means that the Morgentaler clinic in Fredericton won’t reopen.

That article is behind the Examiner’s pay wall and so available only to paid subscribers. Click here to purchase a subscription.

3. Chased and run down

On November 1, two black men, Steven Davis and Cade Benham, were at a house party in Shelburne and got in a fight with a white man, Ryan Williams. Davis and Benham were subsequently charged with aggravated assault. But, say Davis’ sister and mother, after Davis and Benham left the party on foot, they were chased down by a car on Welshtown Road. “The men made it to Highway 103 and were eventually run over by a pursuing vehicle,” Davis’ sister told the Chronicle Herald. So far, no charges have been laid related to the crash.

Hilary Beaumont discusses rent control in Halifax in The Coast.

We should all stop being bystanders to everyday sexism, says Lezlie Lowe. “I don’t buy that bystanders lack empathy. They lack the will to go against what the rest of the world shows it believes—that women and girls are sexual objects first, humans second.”

Glen Canning writes an op-ed for the CBC, objecting to the publication ban on the use of his daughter Rehtaeh Parsons’s name.

3. Glad the month is nearly over 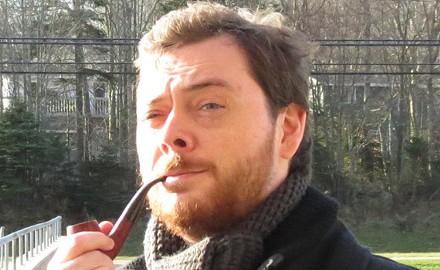 James Shakey says to just say no to Movember.

Risk Analysis of the Effect of Extreme Weather Conditions on Commercial Fishing Vessels Incidents (Friday, 11am, Room 310, 5269 Morris Street)—Sara Rezaee, a PhD candidate in the Department of Industrial Engineering, will be presenting.

Retirement (Friday, 3:30pm, Room 1108, Mona Campbell Building)—Umut Oguzoglu, from the University of Manitoba, will be talking on “Aching to retire down under? Rise of retirement age and growth of disability support pension,” presumably about retirement in Australia.

Occupy Wall Street was inspired by an almost whimsical call for revolution by the Vancouver-based Adbusters. The piece was published on July 13, 2011, in the wake of the Seattle May Day protests and the Arab Spring demonstrations in Egypt. It read in part:

A worldwide shift in revolutionary tactics is underway right now that bodes well for the future. The spirit of this fresh tactic, a fusion of Tahrir with the acampadas of Spain, is captured in this quote:

“The antiglobalization movement was the first step on the road. Back then our model was to attack the system like a pack of wolves. There was an alpha male, a wolf who led the pack, and those who followed behind. Now the model has evolved. Today we are one big swarm of people.”— Raimundo Viejo, Pompeu Fabra University, Barcelona, Spain

The beauty of this new formula, and what makes this novel tactic exciting, is its pragmatic simplicity: we talk to each other in various physical gatherings and virtual people’s assemblies … we zero in on what our one demand will be, a demand that awakens the imagination and, if achieved, would propel us toward the radical democracy of the future … and then we go out and seize a square of singular symbolic significance and put our asses on the line to make it happen.

The time has come to deploy this emerging stratagem against the greatest corrupter of our democracy: Wall Street, the financial Gomorrah of America.

On September 17, we want to see 20,000 people flood into lower Manhattan, set up tents, kitchens, peaceful barricades and occupy Wall Street for a few months. Once there, we shall incessantly repeat one simple demand in a plurality of voices.

…we demand that Barack Obama ordain a Presidential Commission tasked with ending the influence money has over our representatives in Washington.

Seems like a completely reasonable demand that got lost in the chorus of the subsequent #OccupyWallStreet demonstrations. 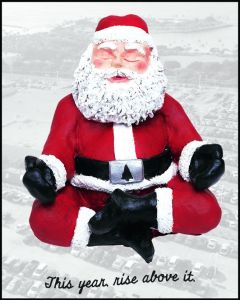 Anyway, perhaps less known in Canada is that Adbusters is also the primary promoter of Buy Nothing Day, which was conceived by Vancouver artist Ted Dave in the early 1990s. In 1997, the campaign was used for the first time as a response to the day-after-Thanksgiving sales in the United States, which from the perspective of two decades later seem almost lackadaisical in their marketing. Now, Buy Nothing Day is celebrated around the world on various days.

Of course, we have a consumer-based economy. And it’s precisely the lack of consumer purchasing power that has led to our current economic malaise. It turns out that austerity—the point of which is to concentrate the bulk of society’s wealth in the hands of a tiny minority (the 1%)—is a rotten idea because people can’t spend as much as is needed to feed the consumer-based economy. So if  some anarchist fantasy world erupted today and no one bought anything, the economy would simply collapse.

But Buy Nothing Day is important all the same because it introduces thinking into the equation.The point isn’t to rag on consumers per se, but rather to ask broader questions: How’d we ever get into the situation where people flocking to malls to buy crap they don’t need on credit is the foundation of the economy? What can we do about it? How do we introduce values like economic justice, environmental protection and simple respect for craftsmanship? Can we build an economy that isn’t dependent upon a leeching class of financiers, the “great vampire squid wrapped around the face of humanity, relentlessly jamming its blood funnel into anything that smells like money”? 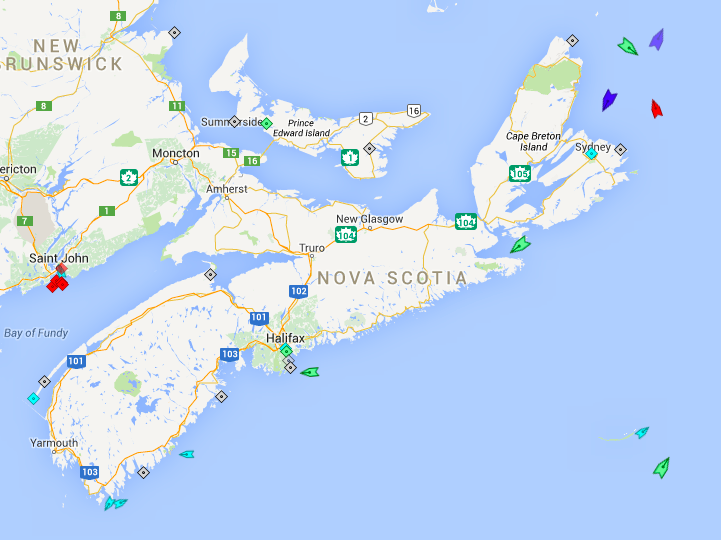 The seas off Nova Scotia, 6am Frida. Map: marinetraffic.com