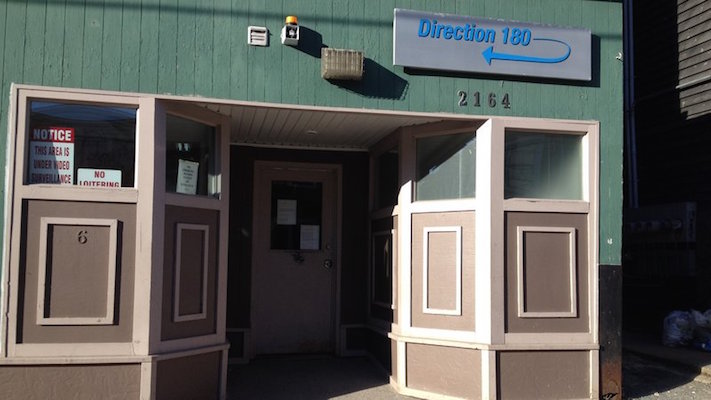 “The Direction 180 methadone clinic on Gottingen Street says it needs another $150,000 a year to stabilize its current operation plus $2,000 a year for each new patient,” reports Rebecca Lau for Global News:

Unexpected costs for the clinic’s new mobile outreach bus, coupled with unsuccessful grant applications, have put a major hole in its finances.

The clinic recently laid off two staff members and scaled back its services.

“We stopped serving the community of Spryfield. So the mobile doesn’t travel to Spryfield anymore. [Clients] have to travel to Fairview or to Halifax to get their methadone.”

There has been an explosion in heroin use, heroin addiction, and heroin-related deaths in western countries in recent years, a perhaps inevitable result of the military adventure in Afghanistan. There’s no reason to expect Halifax to be immune from the trend. Combined with a substantial increase in oxycodone addiction, we’ve got a real need for methadone treatment.

I don’t know anything about the management of Direction 180, but I do know that the cost in human lives, in the pain to friends and loved ones of those lost to drugs, and in actual dollars from increasing crime rates will pale in comparison to whatever it costs to help people get off the horse.

“North American scientists are refuting Sweden’s claim that an all-out trade ban is needed to head off an invasion of eastern North American lobsters, a move that would rob the Canadian industry of a multi-million dollar market,” reports Keith Doucette for the Canadian Press:

Last week, Sweden’s Environment Ministry petitioned the European Union to list the American lobster as a foreign species, which would prohibit U.S. and Canadian exports of live lobsters to its 28 member states.

The move would pose a major threat to Canada’s East Coast fishery which exported about $75 million in live lobster to European markets last year, a figure that the Lobster Council of Canada says accounts for about 10 per cent of live exports.

Doucette goes on to interview Boris Worm, who discusses the science of invasive species.

“A small drop-in centre in downtown Sydney is making a big difference for aboriginal women at risk,” reports Nicole MacLennan for the CBC:

The Mi’kmaq Women’s Resource Centre offers services such as counselling, health care and a needle exchange program to women who work in the sex trade, many of whom are intravenous drug users or recovering addicts.

Heidi Marshall, the volunteer co-ordinator, opened the centre in December with no permanent funding, one outreach worker and a roster of volunteers.

She and her daughter decided to open the centre after years of working with a task force in Cape Breton on trafficking and sex work.

“There was a lot of talk but there was really no solutions,” said Marshall. “My vision for the place right now is to provide some safe services for the women. I just want to keep them safe, to be able to have non-judgemental services in harm reduction.”

Sydney is too far from Halifax for me to do any real reporting there, but I’ve suspected that there is a racial component to that city’s recent ill-advised crackdown on street prostitution. As I’ve said before:

We need to have adult conversations about decriminalization and/or legalization of sex work, and how we would go about that to best protect sex workers. I certainly can’t provide all the answers in a morning news post. I suggest we listen to the sex workers themselves, and ask them how to proceed.

Marshall is taking a small step in the right direction. 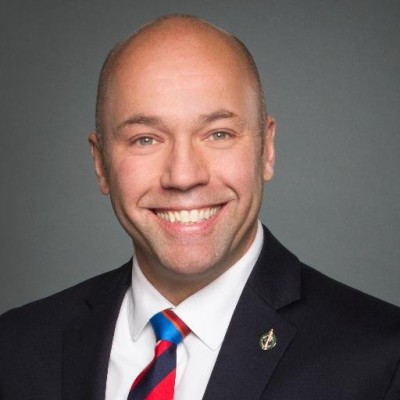 Halifax MP Andy Fillmore’s staff repeatedly agreed to be interviewed for Examineradio but then cancelled, before finally simply telling Examineradio producer Russell Gragg that “we’re not going to do that” [be interviewed by the Examiner]. Over the past couple of weeks, dozens of people have taken to Twitter to urge Fillmore to speak with the Examiner.

Fillmore has responded with a dick move: he granted an interview to The Coast. 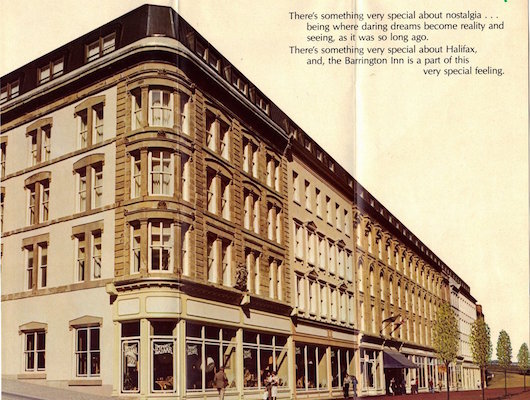 Stephen Archibald today has a photo essay about Granville Street. As usual, all of it is interesting, including this aside about the photo above:

Here is the brochure for the opening of the shiny new mall/hotel about 1980. The treasure is a very special example of copy writing that seems to anticipate the speech patterns of future mayor Peter Kelly:

My name is Hannah Starzomski, I am 11 years old and I live in Bedford Nova Scotia. I do not agree with our city clear-cutting trees to build ugly homes that all look the same. Take Vancouver, for an example: They are cutting down some trees and building interesting, unique-looking dwellings that blend in or create visual excitement within their environment.

Also, if you are clear-cutting trees, the habitats for animals will be extinguished and soon all animals in Halifax will be gone from our city. I am shocked at the rapid development of the Bedford Highway area and am saddened by the loss of green space. Nova Scotia and Halifax/Dartmouth are known for clean forests, lakes, oceans, wilderness, animals and plant life. It seems with better planning, community involvement and the use of architects when planning these new communities, we would have a more pleasing and greener environment to live in and be proud of.

Please respond to my letter. Thank you very much. 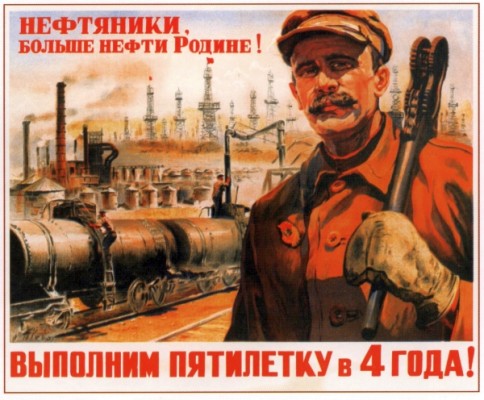 Community Planning and Economic Development Standing Committee (10am, City Hall) — the committee will accept the 2106-2021 Economic Strategy. Yep, Halifax has a Five Year Plan, just like the Soviets and Chairman Mao.

Halifax’s Five Year Plan doesn’t involve internal exile to the gulag, but there’s plenty of party-approved rhetoric. A quick scan of the plan finds the following frequency of word counts:

Two of those words have real meaning — the two words that don’t appear in the Five Year Plan at all.

One explanation for the lack of attention given to worker issues in the Five Year Plan is the makeup of the plan’s advisory committee: 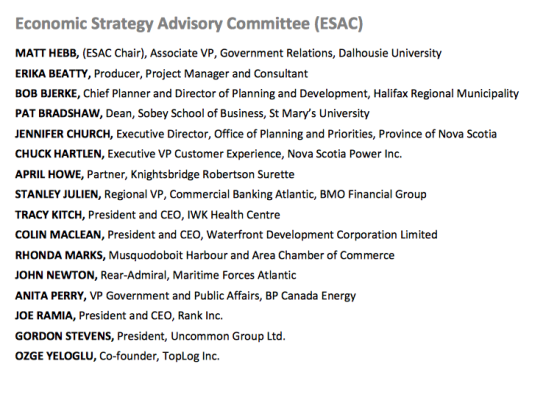 Note that not one union representative is on the advisory committee, nor anyone else who can remotely be said to represent the people who actually do the real work in this community.

But on the committee are Gordon Stevens, who complains every time the minimum wage goes up; Joe Ramia, for whom we break all planning rules and give hundreds of millions of dollars in subsidy; Matt Hebb, world-class bullshitter; Anita Perry, mouthpiece for the oil industry; and Ozge Yeoglu, beneficiary of a quarter of a quarter-million dollar gift from the taxpayers.

Some are more equal than others.

Transportation Standing Committee (1pm, City Hall) — the committee will accept Halifax Transit’s “Moving Forward Together Plan,” which begins the redesign of bus routes. See Examiner transportation columnist Erica Butler’s take on the plan here (behind the paywall). Also, councillor Waye Mason is rejecting staff advice and instead recommending that the city begin to install side guards on city trucks.

Standing Committee on Resources (9am, One Government Place) — someone or someones from the Department of Energy will tell us how tidal power will bring prosperity forever, amen. 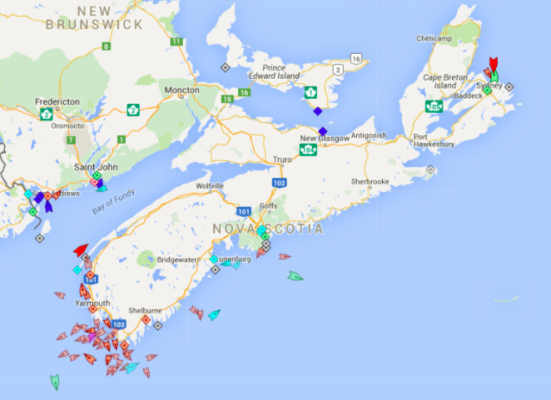 The seas around Nova Scotia, 8:30am Thursday. Note the lobster boats off Yarmouth. Map: marinetraffic.com

I’ll have a business story out today. Check back on the homepage.