Thirty-six new affordable housing units will be complete in New Glasgow this summer.

Nova Scotia Co-operative Council, an economic development agency owned by co-ops and credit unions in the province, announced on Monday that it bought the Tara Inn on East River Road in New Glasgow. According to Property Valuation Services Corporation (PVSC), the sale closed on February 28 for about $1.6 million.

Dianne Kelderman, president and CEO of the council, told the Halifax Examiner the renovation is already underway, and the rooms will be ready early this summer.

“As one room is renovated, we’ll be moving people in, but we hope to have full occupancy by the end of June,” Kelderman said. 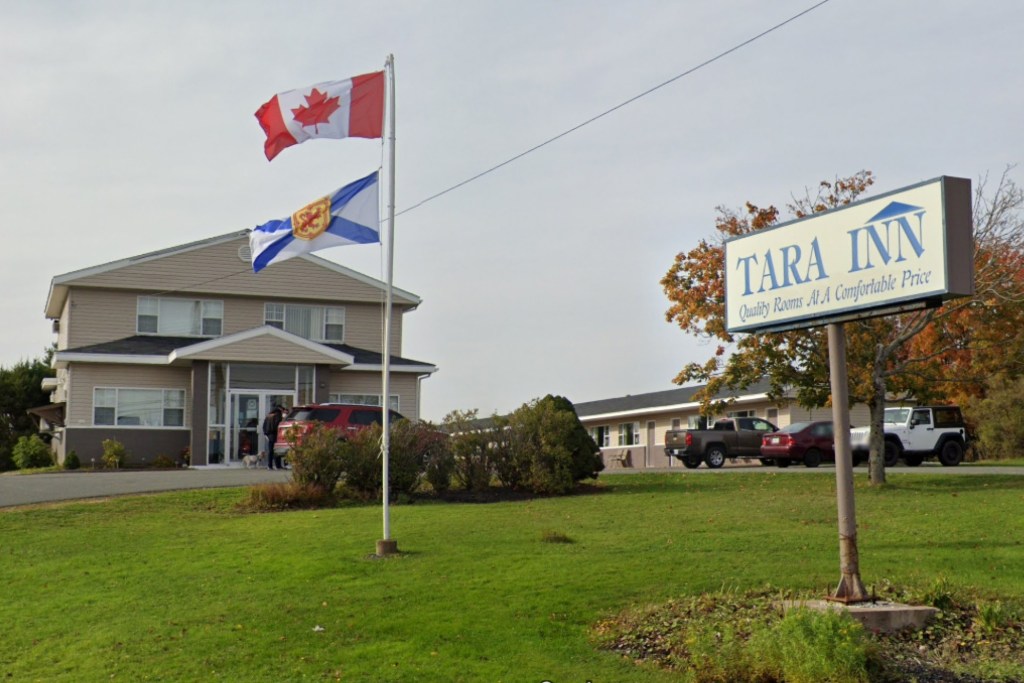 Similar to the Affordable Housing Association of Nova Scotia’s hotel conversion in Dartmouth, Kelderman said every room needs to be renovated to add a kitchen, and there are product delays and shortages abound.

“It’s not for the faint of heart,” Kelderman said.

The facility is being named Coady’s Place after Father Moses Coady. He’s credited as the founder of Nova Scotia’s co-operative sector and was part of the Antigonish Movement, a group of priests and academics out of St. Francis Xavier University.

“They were all about encouraging local people to come up with their own solutions, to be the masters of their own destiny, and he committed his whole life to helping move people out of poverty,” Kelderman said.

“We thought Coady’s Place just had a really nice connection back to to co-operative history. And I’m sure he’d be really pleased to see this happening.”

Kelderman wouldn’t confirm the sale price, just that it’s in the vicinity reported by PVSC, but said the council received funding from the Canada Mortgage and Housing Corporation’s Rapid Housing Initiative. That’s the federal program allocating billions of dollars to create thousands of affordable housing units across Canada, including more than 100 in HRM.

Accordingly, rents will be geared to tenants’ income, typically 30%.

One future tenant is already living in the inn, Kelderman said.

“We have a lady living there right now, she’s been living at the Tara as a month to month tenant, and she’s a senior lady with three cats. And she had nowhere to live,” Kelderman said.

Units at Coady’s Place will also be available for unhoused people and women and children fleeing domestic violence, for instance.

“It’s a very varied group of people. People who need to have a roof over their head, basically,” Kelderman said.

The project highlights a need for affordable housing outside HRM. An August 2021 report from the Pictou County Housing Coalition detailed the housing crisis specific to the area, where 28.2% of renter households were in core housing need in 2016. Since then, the situation has only worsened. Average rents in New Glasgow climbed from $678 a month in 2016 to $750 in 2021. The vacancy rate fell from 9.5% in 2019 to 2.4% in 2020.

“Immediate action needs to be taken to address the housing needs in Pictou County,” the coalition wrote in the report.

“It is clear that the government is not doing enough to protect low-income and unemployed residents of Pictou County from housing insecurity and homelessness; funding does not solve the shortage of affordable housing in Pictou County. Unfortunately, there is a lack of clarity as to who is primarily responsible for improving the housing situation in Pictou County, which makes it difficult to coordinate and execute action.”

“I think a community ownership model is is the model for this type of housing,” she said.

“I think this co-operative model and a conversion model is going to prove to be a really good model going forward.”