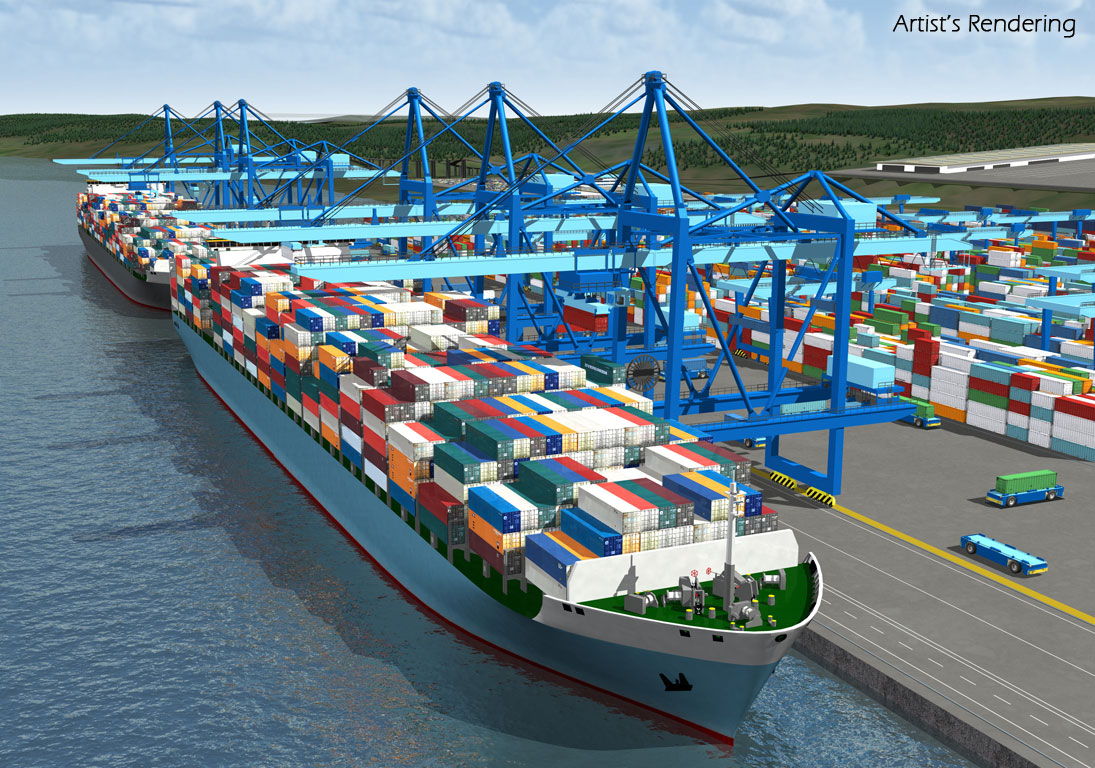 Everything you need to know about the future of Nova Scotia’s ports can be found at Melford Terminal, which doesn’t exist.

Holly Bartlett is the 31-year-old woman who was found severely injured under the MacKay Bridge on the morning of March 27, 2010. She died two days later in hospital. The circumstances around Bartlett’s death are perplexing, and Bartlett’s friends and family have called into question the Halifax police investigation, prompting an “operational review” of that investigation by the Quebec police department. The Halifax Examiner reported yesterday that the review is highly critical of the Halifax department. You can read our article here. The article is behind the pay wall, so available only to paid subscribers; you can purchase a paid subscription here.

“Someone using a government computer tried to delete embarrassing sections of Premier Stephen McNeil’s Wikipedia page,” reports Paul McLeod. These kind of Wiki battles erupt from time to time, but I’m taken by this quote, from a McNeil partisan: “(The) Ivany report says we must all put aside politics and support direction of government and Stephen McNeil now government.” If Ray Ivany actually said that (he didn’t), he should be run out of town.

Reports the Chronicle-Herald: “According to the report, Set Up to Fail: Bail and the Revolving Door of Pretrial Detention, 63 per cent of people in custody in Nova Scotia provincial jails are ‘legally innocent’ and have not yet been convicted of the crime with which they are charged.”

4. Gay-friendly mosque to open in Halifax

The Halifax Unity Mosque is an expansion of the Toronto Unity Mosque, reports the CBC, and will share space with the Universal Unitarian Church on Inglis Street.

Wendy Elliot talks to a University of Alberta prof peddling through Nova Scotia. Not your typical tourist.

1. The Taming of the Shrew

Gail Lethbridge is going to Shakespeare by the Sea this summer, and contemplates what the Bard was getting at with his view of domestic abuse.

Black surveys the languid performance of the Halifax and Sydney ports and says that without a credible private sector player willing to commit real money into establishing a shipping connection in Sydney, there’s no point in spending more taxpayer money on that port or the heavily subsidized rail line to it. It’s hard to argue with Black’s logic, but I wonder why he didn’t bring the Melford Terminal into the discussion, as in: Whatever happened to the Melford Terminal? (I do see, however, that some smart web editor at the Herald tagged Black’s non-discussion of the Melford Terminal with “Melford International Terminal,” maybe just to draw attention to the fact that Black doesn’t mention it.)

Supposedly, the much-celebrated “private sector” is spending $300 million to develop Melford, a deep-water port on the Strait of Canso, and so economic development, jobs forever, we’re all going to get rich, blah, blah, blah. But while a few dozen people were kicked out of their homes, and an entire community bulldozed, the projected 2010 construction date has come and gone without a single person landing a job, and the project languishes. There is capital movement behind the scenes—Maher Terminals has bought into the project (so it’s now called Maher Melford; the artist’s rendering above comes from the company’s webpage), a bit of land has changed hands—but while this sent Roger Taylor into spasms last year, it feels like the kind of transactions one sees right before a company shows up at bankruptcy court.

There’s the notion that because Nova Scotia is the part of mainland North America closest to Europe, it is perfectly placed to become a mega-transhipment point. But as I said before, this is 180 degrees wrong. Shippers don’t want the closest port to Europe; they want the port farthest from Europe, or at least the one closest to the ultimate destination of their goods. I think the non-existence of the Melford Terminal underscores my argument.

Oh, it’s possible that one day there will be a small operation at Melford, shuffling heavy cargo on tight timelines from Canso via rail or truck to New Jersey and points south (the Port of Halifax already gets a bit of this traffic), but Melford will never be the gigantic superport boosters dream of. Seems to me, any proposal to expand Halifax or Sydney ports needs to be understood in the context of Melford.

What the heck, it’s Saturday: Angry People in Local Newspapers is Alistair Coleman’s celebration of “excellence in the field of local newspaper photography,” which means angry people, often with arms crossed, staring into the camera. “I feel sorry for local news photographers,” explains Coleman, a Brit. “They are hugely skilled and poorly paid, and sent out to photograph miserable people pointing at dog turds. Here, we celebrate their work.”

In November, Nova Scotia Business, Inc. is going to Panama, and then to Costa Rica. I mean, you wouldn’t want to go in the summer, amirite? I’m still waiting for the junket to Outer Mongolia.

KPMB Architects, a heavy-hitting Toronto firm, has registered itself and its three founding architects—Marianne McKenna, Shirley Blumberg, and Bruce Kuwabara—as Nova Scotian corporations.  Presumably, they will be working on some large local project.

Halifax council meets next Tuesday, and so I’ll have a council preview up, either this weekend or Monday. Morning File takes Sundays off.