The government has put a three-year freeze on wages and retirement allowances for management and non-union staff at the health authorities, including the IWK Health Centre. The freeze is retroactive to April 1, the beginning of the province’s fiscal year.

I suspect that this freeze anticipates the government’s position going into negotiations with the NSGEU. Civil service workers have been without a contract since April 1; negotiations have not yet been scheduled.

On Monday, about 200 film industry supporters rallied outside Province House as the legislature passed the budget, which included changes to the film tax credit. That evening, Grant revealed that he had obtained a report, apparently leaked from someone in the Department of Finance, purportedly showing that the bulk of the benefits of the program went to just six per cent of workers making over $100,000 a year.

You can watch Grant’s report here. 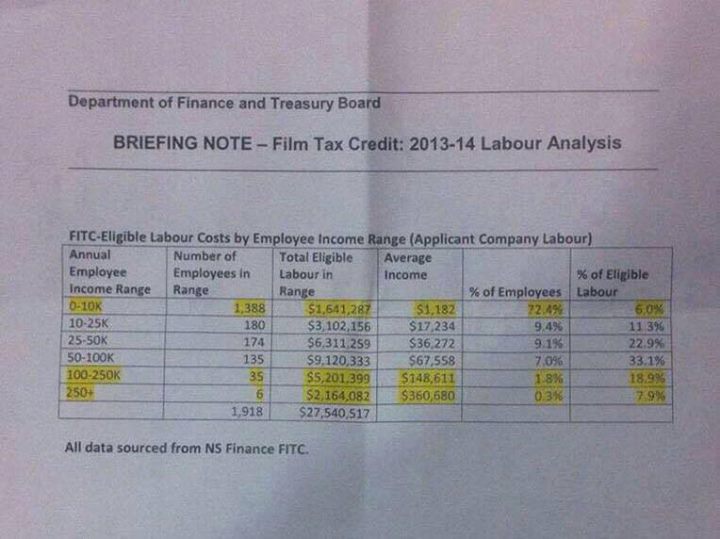 There are several problems with this analysis. John Wesley Chisholm goes into more detail here, but let me summarize:

• But even taking the chart at face value, it’s still inaccurate. The “Applicant Company Labour” shows that the data reflects per employee per production company. In reality, many people in the film industry work on multiple projects through the year, and so the “0-10K” line is a distortion — camera operator X might get paid $8,000 by Company A, then $7,000 by Company B, then $9,000 by Company C, and so forth until she earns a total of $40,000 for the year.

• Of course there are going to be highly paid workers in the film industry. What do you suppose Bubbles is paid? Or Tom Selleck? And of course those are the exceptions. Most people are modestly paid. 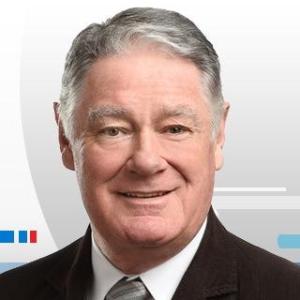 This gets to the nub of our understanding about economic development in Nova Scotia. We structure payroll rebates based on employees making more than a certain amount every year, typically $50- or $60,000. But, as with the film tax credit, the government rebate is paid to the company, not the employee. Why is it good to have relatively highly paid workers at RBC but bad to have relatively highly paid workers in the film industry?

In the case of payroll rebates, the argument is that the government payments are worth it, not because RBC needs a few more million more dollars to add to its multibillion dollar coffers, but because the benefits of the payroll rebates flow through to the rest of the economy, helping us all. It comes down to this: Part of the taxes on the minimum wage worker at Tim’s goes to the multi-billion dollar company with execs taking home million dollar bonuses, managers getting paid six figures, and nerdy dudes in the Bedford cheque processing centre making 50 grand, because there’ll be so much money sloshing around the province that maybe one of those nerds will leave a couple of quarters on the counter after ordering a double-double. Well, that’s the theory, anyway.

Sure, decisions about who gets the economic development loot sometimes reflect nepotism or insider connections, but I increasingly think there’s a social class issue at play. The Ben Cowan-Dewars of the world don’t have to sleep with the minister of finance or whoever; they don’t even have to know anyone in Nova Scotia. Rather, they’re recognized at first interaction as part of the clan, one of “us,” the us being not, well, us, but rather the self-important sort that control such decisions. And people in the film industry evidently are not part of the clan.

It looks like someone gave Grant a misleading chart for political purposes, and Grant didn’t think through the political issues involved.

Workers at Halifax Water can legally strike at any time, and the company can lock out its workers as well, but both sides have held off. The union says it wants to go back to the negotiating table.

Chief Justice Michael MacDonald issued two rulings related to Northern Construction Enterprises’ proposed quarry next to Miller Lake, near the airport. Together, the rulings allow the quarry to go forward.

MacDonald sided with the company and ruled that the city’s bylaw regulating quarries exceeds its mandate. Read his ruling here. That ruling made a second appeal from Northern Construction irrelevant, and so MacDonald dismissed it. Unfortunately, the second ruling came first in the email the court sends to reporters listing rulings, and so I tweeted about that before reading the first. My apologies for the confusion.

The CBC interviews local reporters who have had to put up with the FHRITP ugliness.

I’m so old I remember when people who try to video-bomb live sporting or news events and hold up signs saying “hi mom!,” which was kind of sweet.

1. Close your eyes and think of the queen 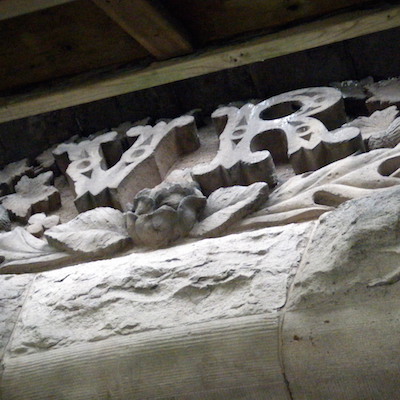 In anticipation of the Victoria Day weekend, Stephen Archibald notices all the things in Canada referencing Queen Victoria. In Halifax, he tell us:

[I]t is easy to find evidence of Victoria around our old military establishments.  Look for VR  that stand for Victoria Regina — queen in Latin (so the capitals of Saskatchewan and British Columbia are named after the same person?).

I’m most fond of the VR over the front doors of the Armoury.  You have to look carefully because it is obscured by the staging that protects you for falling bits of the building.

I worked kitty-corner [the US term is catty-corner] from the Armoury for eight years. I still hang out at the after-work church across the street from the Armoury. I’ve probably walked past that VR a thousand times, and yet I’ve never noticed it.

John DeMont has a thing for nicknames.

In November 2014, thanks to the Town of Shelburne, the Union of Nova Scotia Municipalities passed a resolution aimed at having our province “develop a provincial program in conjunction with Nova Scotia Power and all municipal utilities (a few towns still have their own power utility), to compensate low income individuals and families for food losses incurred due to power outages of more than 24 hours.”

I was there when the resolution passed and witnessed strong support from elected representatives from many county and towns across our province.

Six months later, the province, through Community Services, has just responded, ever so weakly.

It appears they are in no rush to act. But it looks like they would join in if someone else takes the lead. Notably, the motion called on the province to develop a province-wide program.

It looks to me that the province’s preference is to sit on things until someone else initiates a discussion or takes a next step. The resolution that so clearly asked for the province to help vulnerable people got a typically bureaucratic response.

It’s responses like this that cause people to believe government is there to serve corporations, not the little guy or gal with freezers that represent their life-line to food security. This type of wishy-washy government response allows a corporation seen by most as a big, greedy, highly profitable monopoly to continue to be unaccountable for the economic whack a power outage represents to many families.

The cause of these power outages has repeatedly been tied to a lack of proper maintenance. Clearly, NSP could mitigate the expense of compensation by limiting outages through increased maintenance. Our province’s response is woefully inadequate.

Of course, province, the compensation should come from NSP. But this can’t happen without you in the lead role. The required result should be a compensation package ready before the next storm season. The “discussion” should be a short one between you and NSP. It should be argued that all households be eligible, but could start with attending to the needs of those who are most economically vulnerable. After scores of years as a poverty rights activist, my interpretation of your response is that your intention is to do a little bit of nothing and only if some-one pushes further to see you do that. The text of the province’s response is below.

“The Department of Community Services currently provides relief to eligible recipients of the Employment Support and Income Assistance program in times of emergency including lengthy power outages. Yet there are many more low-income Nova Scotians outside the ESIA program and the jurisdiction of the department—working poor and seniors.

“At a time when the province is calling for fiscal restraint, and progressive corporations are recognizing the value and goodwill to be gained from being socially responsible Community Services would propose that any program to compensate low income Nova Scotians for food replacement costs to power outages of more than 24 hours be fully funded by NSP.
“The department would be prepared to participate in these discussions, share experiences and administrative data.”

Appeals Standing Committee (10am, City Hall)—come watch your neighbours appeal their unsightly premises citations! Today the owners of that property on Wyse Road in Dartmouth that used to be the Little Nashville country bar and then was the worst strip bar in the world and now is an animal hospital will plead for mercy. Also this failed construction site on Shore Road in Bedford: 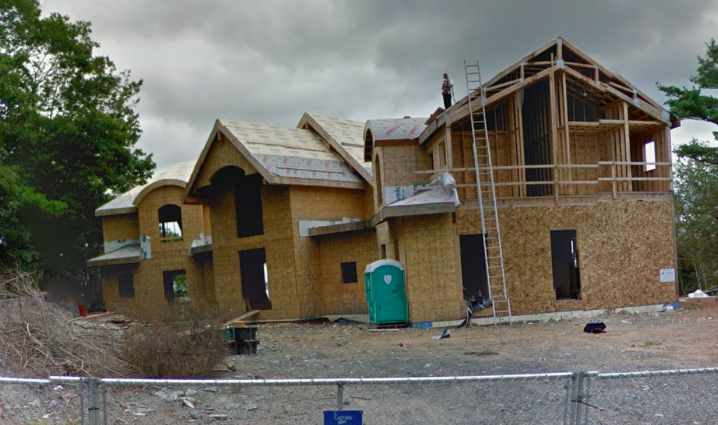 Environment & Sustainability Standing Committee (1pm, City Hall)—it isn’t yet posted on line, but the most interesting issue for today’s meeting is the staff report on the Nova Scotia Nature Trust’s 100 Islands campaign.

This is a worthy endeavour; past staff reports have said saving the archipelago is outside the municipality’s mandate, which may be true, but not enough attention has been brought to the effort.

Harbour East–Marine Drive Community Council (6pm, Nantucket Room, Dartmouth Sportsplex)—the staff report recommending against the daylighting of Sawmill River is on the agenda as merely an information item, but it’s likely that the council will ask for a discussion of it.

The report was clearly not written with a willingness to explore daylighting as a potential option. It focuses exclusively on the barriers and offers no discussion of what daylighting would look like or the potential benefits. Its sole purpose seems to be to justify the decision to abandon daylighting in the Greenway, a decision that has clearly been made by staff months ago without any public discussion. It’s one-sided and deeply flawed. This is my rebuttal.

Time is an issue here. As I understand it, Halifax Water is planning to replace the pipe that now contains Sawmill River this summer, so if daylighting isn’t approved in the very near future, the opportunity will be lost. It’s not good enough for the community council to ask for another report; councillors should instead kick the issue up to the full city council for action at its next meeting, on May 26. 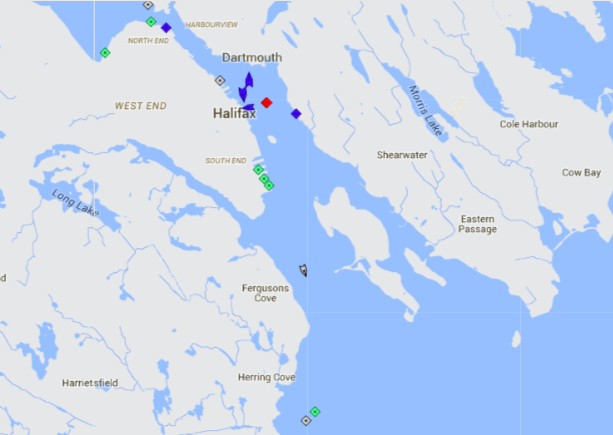 Halifax Harbour, 8:40am Thursday. The blue boats in the inner harbour are the ferries. The red ship is the tanker Iron Point, at anchor. Three container ships are docked at HalTerm in the south end. The pilot boat (grey) is making its way to the cargo ship Resolute, off Herring Cove (green square). Map: marinetraffic.com

Nothing to say today.