You are here: Home / Commentary / Climate change: the elephant in the room during fracking debate 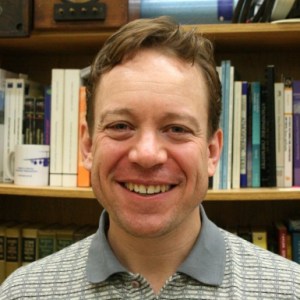 This is an op-ed written by Thomas J. Duck.

The public has spoken against proposals to frack for oil and gas in Nova Scotia.  Will premier Stephen McNeil and energy minister Andrew Younger listen?Over the past two weeks the Nova Scotia Hydraulic Fracturing review panel has hosted eleven public meetings across the province to seek feedback on its reports [1-5].  At the end of it all, panel chair David Wheeler  described the consensus that emerged, saying “clearly, the vast majority who attended the meetings, probably 90 per cent plus, would be against it [6].”I was at the public meeting in Halifax, and it was a very lively affair.  Organizers pegged the attendance at nearly 300 people, underscoring the high degree of public interest.  Speaker after speaker rose to oppose fracking, and received widespread applause.There is another important element to the story, one that was missed in the accounts I have read so far: a large majority of the participants at the Halifax meeting were voting-age youth, the same youth who are so often accused of not voting.  And yet here they were, engaged in the political process and delivering their message loud-and-clear: they are angry.  Angry at a process that they feel is a sham, angry at governments for doing so little about environmental protection, and also angry at governments for putting corporate interests ahead of the public’s.Most of all, they seem to be angry about how democracy is failing them.One of the most compelling speeches came from a 17-year old who bravely stood to address the crowd.  After reminding us that she was not yet of an age to vote, she described a lifetime of education on the importance of dealing with environmental problems. She was dismayed that fracking was even in the conversation after all she had been taught.The response of the provincial government was illuminating. Nova Scotia Energy Minister Andrew Younger decried the lack of decorum at the province-wide meetings and told the Chronicle-Herald “we certainly get a very large volume of letters and emails from people on the issue of fracking, quite frankly, both for and against” [7].  He said this, despite the obvious consensus at the meetings and despite the fact that 92% of written submissions to the public panel supported a continuation of the moratorium against fracking in Nova Scotia [8].Younger’s statement speaks directly to why people have taken such a dim view of the panel’s work.  His words, which can be viewed as no more than personal opinion, directly contradict what has emerged from the transparent and accountable public process.  The reporter was remiss in not challenging the Minister to defend his claim and question how seriously his government will be taking the outcome of the panel’s consultations.Younger also suggested some people “are not getting the opportunity to have their say because they feel somewhat intimidated by the louder, more aggressive people”. It is true that some audience members at the meeting I attended were overly loud and aggressive. The frustration level of our youth is boiling over, and understandably so. However, the one person who rose in support of fracking at the Halifax meeting was listened to with respect. To this I will add: this was a public meeting, and all sides were welcome to attend and air their views. Can it be true that the public is divided on this issue? Or is it more plausible that the public meetings actually reflect the public’s opinion?And where were fracking’s proponents in the business community? Nobody should be surprised at a lack of trust in corporations who avoid public meetings where they might encounter divergent opinions and, yes, opposition.The elephant in the room in this fracking debate must come to the fore. Climate change — simply put — is the most challenging environmental, social, and political problem the modern world has ever faced.  It is being caused by the burning of fossil fuels like fracked gas and oil.  Science shows that global temperatures have already risen by nearly a degree, and unless we take action there will be another three or more by the end of the century. Although temperature changes like this have been seen before, they have never taken place in the space of 100 years. Substantial environmental damage is expected, and this will put worldwide food and water security at risk [9].In the end, we are either part of the problem or part of the solution. Fortunately, Nova Scotia is already on a trajectory toward a sustainable, self-reliant energy future [10]. We are recognized especially as energy efficiency leaders [11].  It should be patently obvious that the solution to our fossil fuel problem is not more fossil fuels [12].  Instead, let’s take inspiration from these young Nova Scotians — the future of our province — and embrace the more sustainable and prosperous choice.Thomas J. Duck is a professor of Physics and Atmospheric Science at Dalhousie University, and is a fellow of the Broadbent Institute.[1] Sparks fly at public session on fracking | Tom Ayers, Halifax Chronicle-Herald, 16 July 2014.http://thechronicleherald.ca/novascotia/1223212-sparks-fly-at-public-session-on-fracking[2] People in Tatamagouche reject fracking | CBC News, 22 July 2014. http://www.cbc.ca/news/canada/nova-scotia/people-in-tatamagouche-reject-fracking-1.2714138[3] Fracking drilled at meeting | Francis Campbell, Halifax Chronicle-Herald, 22 July 2014. |http://thechronicleherald.ca/novascotia/1224664-fracking-drilled-at-meeting[4] Fracking foes pitch moratorium or outright ban | Michael Lightstone, Halifax Chronicle-Herald, 23 July 2014. |http://thechronicleherald.ca/novascotia/1224938-fracking-foes-pitch-moratorium-or-outright-ban[5] Plenty of opposition at fracking panel meeting | Gordon Delaney, Halifax Chronicle-Herald, 24 Juny 2014.http://thechronicleherald.ca/novascotia/1225185-plenty-of-opposition-at-fracking-panel-meeting[6] Fracking should be put on hold to allow for more study: David Wheeler | CP, 26 July 2014.http://www.cbc.ca/news/canada/nova-scotia/fracking-should-be-put-on-hold-to-allow-for-more-study-david-wheeler-1.2718954[7] Aggressive fracking opponents may be hijacking public sessions: Younger | Michael Gorman, Halifax Chronicle-Herald, 24 July 2014. http://thechronicleherald.ca/novascotia/1225050-aggressive-fracking-opponents-may-be-hijacking-public-sessions-younger[8] Majority favour ban or moratorium on fracking in Nova Scotia: paper | CP, 2 July 2014.http://globalnews.ca/news/1428612/majority-favour-ban-or-moratorium-on-fracking-in-nova-scotia-paper/[9] IPCC Fifth Assessment Report (AR5), 2013. http://www.ipcc.ch/report/ar5/[10] N.S. secures sustainable, self-reliant energy future | David Wheeler, Halifax Chronicle-Herald, 3 December 2013.http://thechronicleherald.ca/opinion/1171479-ns-secures-sustainable-self-reliant-energy-future[11] Nova Scotia now national leader in cutting energy waste | Tim Weis and Leslie Malone, Halifax Chronicle-Herald, 7 August 2013. http://thechronicleherald.ca/opinion/1146251-ns-now-national-leader-in-cutting-energy-waste[12] Wishful Thinking About Natural Gas | Naomi Oreskes, TomDispatch, 27 July 2014.http://www.tomdispatch.com/post/175873/tomgram%3A_naomi_oreskes%2C_a_%22green%22_bridge_to_hell