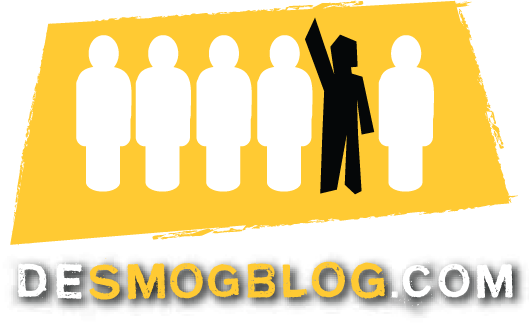 The general assembly of the AFN started yesterday and runs through Thursday. The Halifax Examiner is present; yesterday we published an article about the difficulties the organization is facing (behind pay wall) after the resignation of National Chief Shawn Atleo in May over disputes over Bill C-33, which would fund native education. Another article explores the history of native and European contact (also behind pay wall) and the “peace and friendship” treaties of Atlantic Canada. We’re live-blogging the AFN meeting via our new Twitter account, @hfxExaminer.

2. Re-painting the buses will make them run on time

Metro Transit is now Halifax Transit. The buses will be gradually repainted over the next year or so. No word on when the company signage on buildings like the Bridge Terminal will be switched over, or if bus drivers will be issued new uniforms with the new label. All this must be costing a pretty penny, but now transit users will know which city they’re in, so long as it isn’t Dartmouth.

This year has perfect weather for late summer forest fires: Just enough spring rain for lots of growth of the underbrush, followed by a hot and mostly dry summer. The rain over the next few days will help, but the one fire now out of control may be followed by others. This is a particular concern in the suburban/rural interface that rings Halifax.

4. Animal abusers among us

Someone is shooting cows. And someone else is charged with torturing a cat.

This is a little far afield for the Examiner, but um, wow?

1. Calling out SMU on secrecy

The Chronicle Herald gets it exactly right.

2. The case of the vanishing McNeil campaign promise

Paul Schneidereit calls out the premier for not making meaningful reforms in the Freedom of Information process. I wrote about some of the problems with our FOI process, in yesterday’s Morning File.

Many years ago I interviewed Jim Hoggan, a self-described “corporate PR guy” who had realized the public relations industry had become unhinged from any ethical concerns, especially as it gleefully involved itself in the climate change-denying campaigns financed by Big Oil. Hoggan, who was initially suspicious of the environmental movement, jumped ship and joined the board of the Suzuki Foundation, then started a blog shaming the deniers, desmogblog. At the time, I wondered to myself whether this upstart outfit in Vancouver could really make much of a difference, but I’m now happy to report that desmogblog has become the definitive resource for understanding global warming misinformation campaigns, who participates, who funds them, and the techniques they employ.

Early on, Hoggan wrote a manifesto, which begins:

There is a line between public relations and propaganda—or there should be. And there is a difference between using your skills, in good faith, to help rescue a battered reputation and using them to twist the truth—to sow confusion and doubt on an issue that is critical to human survival.

And it is infuriating—as a public relations professional—to watch my colleagues use their skills, their training and their considerable intellect to poison the international debate on climate change.

Hoggan was writing about the most important issue of our time or, arguably, of any time: climate change. But when I read his words I can’t help but think of the scores of PR professionals, many of them former reporters, who every day employ their skills to obfuscate and confuse issues large and small. No, I’m not saying all or even most PR people behave unethically, but the industry has a lot to answer for.

(click on vessel names for pictures and more information on ships)

Peter Ziobrowski of HalifaxShippingNews.ca expects the feds to announce the replacement for the ferry Princess of Acadia. It will likely be a chartered foreign vessel. Bay Ferries operates the service, but leases the boat from the federal government. NFL Ferries operates in the same arrangement.

Hilary Beaumont and I are covering the AFN meeting from start to finish. This kind of in-depth coverage takes money—to pay Hilary, foremost, but also all the little ancillary costs that go along with it—and I’m hoping that readers will find the Examiner’s coverage valuable enough to want to subscribe.

The AFN meeting is being held in the World Trade and Convention Centre, which seems adequate for the task, except when it comes to internet service—WTCC charges for wireless access. Rather than pay the 10 buck daily rate yesterday, I used my iPhone’s personal hotspot, but I’m approaching the limit to my data plan so will today have to pony up. The guy next to me at the media table, who was with the Truth and Reconciliation Commission, had no budget for wireless, so I let him use my hotspot to retrieve his email.  Sure, who cares about media people and researchers? But the AFN attendees themselves were clearly annoyed by the charge, and mostly refused to pay it. By mid-day many had figured out they could run across the street to Grand Parade and use City Hall’s free wireless, but that’s just a pain in the butt for people trying to participate in a meeting. This is 2014; people expect free wireless. But WTCC is going out of its way to piss off conference attendees with its wireless charge, which will leave a bigger negative impression with delegates than the supposed undersized ballroom.