You are here: Home / Commentary / Church murders, civil rights, and the inspiring story of Pete Smith, the trans hero you’ve never heard of 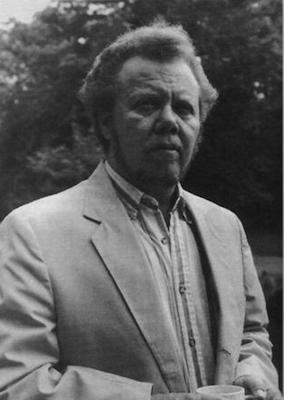 Gay marriage. Gun violence. Health coverage. The Confederate flag. It’s been a dramatic week for US President Barack Obama who took a page from Aretha Franklin and let loose with “Amazing Grace” at the funeral of Rev. Clementa Pinckney. The beloved pastor of “Mother” Emanuel AME church in South Carolina was murdered (along with eight others) by a white supremacist with a bowl hair cut (redolent of Moe on “The Three Stooges”), whom they’d welcomed into their bible study class, on June 17.

As one who has witnessed the majesty of gospel groups ranging from the Nova Scotia Mass Choir to the Glide Ensemble (at the unrelentingly activist Glide Memorial Church in San Francisco), I couldn’t help but chuckle at President Obama’s delivery of the hymn composed by a slave trader who supposedly underwent a conversion experience. I’ll give the president an “A” for the Aloha spirit of his effort, if not for his execution of the song.

And all praises to First Lady Michelle Obama who showcased the protocol of the historic black church and her south side Chicago roots at Pinckney’s homegoing service. After leaving the podium, the “Minister-in-Chief,” seemingly swept up in the rapture, was poised to take his seat. With this, the First Lady discreetly tugged his suit jacket and directed him to first pay his respects to Rev. Pinckney’s widow and daughters. The President quickly regrouped and came correct.

Captured on camera for a global television audience, the moment stands as a testament to a sister who, despite the trappings of the White House, has remained in full possession of herself.

Before tuning into Pinckney’s service, I’d peeped Obama’s Rose Garden remarks about the US Supreme Court decision that had just legalized gay marriage across the land. As for me, I’m down with pioneering Canadian lesbian author Jane Rule (1931-2007), a vocal opponent of gay marriage who famously declared:

Over the years when we have been left to live lawless, a great many of us have learned to take responsibility for ourselves and each other, for richer or poorer, in sickness and in health, not bound by the marriage service or model but on singularities and groupings of our own invention. To be forced back into the heterosexual cage of coupledom is not a step forward but a step back into state-imposed definitions of a relationship. With all that we have learned, we should be helping our heterosexual brothers and sisters out of their state-defined prisons, not volunteering to join them there.”

Of course, as a point of principle, I support equal protection under the law.

After President Obama broke bad, during his Pinckney eulogy, with a riff about employers who “call Johnny back for a job interview but not Jamal,” I was hopeful that he’d go “full tilt-boogie” and give props to a LGBTQ community figure who played a central role in civil rights struggles. No disrespect to Bayard Rustin, the openly gay organizer of the “I Have A Dream” March on Washington, but I’m talking about somebody else.

Born in 1940, Elizabeth H. Cobbs emerged as a force in another signature event of the movement — the bombing of the Sixteenth Street Baptist Church in Birmingham, Alabama, on September 15, 1963.

Robert “Dynamite Bob” Chambliss was prosecuted for his alleged involvement in the blast that killed Addie Mae Collins, Denise McNair, Carole Robertson, and Cynthia Wesley as the youngsters were changing into their choir robes in the church basement. Three weeks later, he was found not guilty of murder and freed.

The bombing remained “unsolved” until 1977 when the case was re-opened and Cobbs, in a surprise move, testified against Chambliss, who happened to be her uncle.

Under oath, she recalled the man who’d taken her, as a child, to Ku Klux Klan rallies and who’d routinely lambasted Birmingham officials for “not keeping niggers under control.”

She told the court that shortly after the explosion, she’d heard her uncle declare, “[The bomb] wasn’t meant to hurt anybody; it didn’t go off when it was supposed to.”

Damned by Cobbs’s testimony, Chambliss, then 73, was convicted of murder and sentenced to life in prison where he died in 1985.  “Four Little Girls,” a riveting 1997 documentary by Spike Lee was inspired by the case.

Not long after Chambliss was jailed, Elizabeth Cobbs gave voice to another long-held silence in her life. “One of the things I had learned through the years was the value of absolute honesty — especially with myself — and I was having trouble with the things that honesty was telling me,” she said.

And so, having suffered for years with gender dysphoria, Cobbs underwent treatment and transitioned from a female to a male, Petric (Pete) J. Smith. Smith was documented as “being of the male gender” legally, in 1981, and named himself as co-author of Cobbs’s 1994 memoir, Long Time Coming: An Insider’s Story of the Birmingham Church Bombing that Rocked the World.

His transgender status is only mentioned, briefly, in the book’s epilogue. “I did not want any hint of sensationalism to detract from the message of the work itself,” Smith writes.

Offering unstinting praise, Coretta Scott King (1927-2006) hailed Long Time Coming as a publication that “ought to be of interest to everyone who cares about creating a society free from the threat of racist violence.” It’s a pity that President Obama failed to acknowledge Smith from the bully pulpit that he commanded at Rev. Pinckney’s funeral. But as the old folks say, when we know better, we do better.

As a sixty-something journalist who has been a direct beneficiary of the civil rights movement, I’m duty bound (in word and deed), to reach beyond the breaking news headlines of the day. Hence, dear readers (with an empathetic nod to millennial Obama speechwriters): Consider yourself schooled.

Talackova identified as female since age four, began hormone therapy as an adolescent (with the full support of her aboriginal community) and completed gender reassignment surgery at age 19. To paraphrase Sojourner Truth: “Ain’t that a woman?”

As for the recent “Call Me Caitlyn” frenzy or the Maclean’s cover story (January 2014) on Quebec teen Olie Pullen that predated Vogue by more than a year? I’d hope that Smith — a trailblazing son of Dixie who never sought the limelight — is resting easy with his courageous contribution to social change. 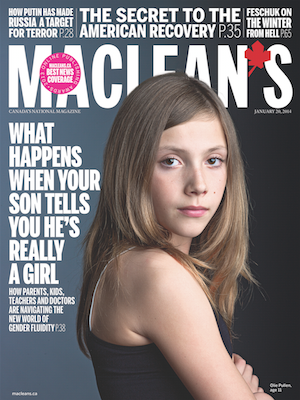 The events of the past week find me reflecting on the sunset of the Obama administration, the relevance of gay marriage, the mayhem at a church in Charleston, and the upcoming Halifax pride parade that will rightly honour local transgender activist Kate Shewan, as grand marshall.

I ponder the words posted on an internet site: “As a young trans man in the early 1980s, I heard of an FTM (female to male) who had been involved in providing evidence at an important civil rights trial in the deep south before he transitioned. It took me years to find out who it was. … Pete Smith should be an inspiration to us all.”

© Evelyn C. White is the author of Alice Walker: A Life. She lives in Halifax.