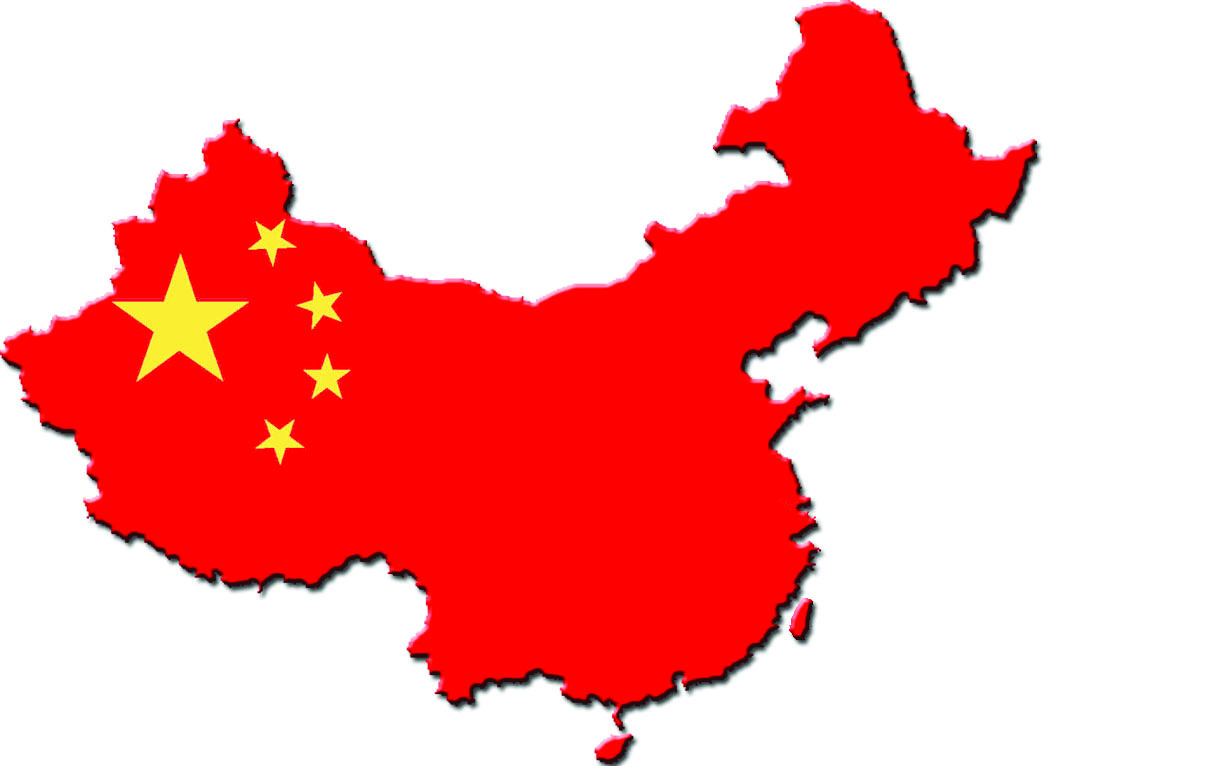 Remember when Halifax went gaga last winter when CFL Mark Cohon showed up in town, had a photo op with Mike Savage and went off and hung out at the Lower Deck with a bunch of business people to hit on coeds? Cohon had been a champion of league expansion, and his presence in Halifax meant that, well, supposedly meant something, but neither Cohon nor Savage would directly say what they were planning. Whatever it was, Cohon is stepping down, so Savage and the business people will have to schmooze up the next CFL prez to get that ball rolling again.

2. No date with the governor

The Portland Press Herald reports that Nova Scotia’s desire to hit up Maine governor Paul LePage for some money for the Yarmouth ferry appears to be falling on deaf ears:

Calls made by the Portland Press Herald to the governor’s office seeking to confirm a prospective meeting were not returned. Dennis Bailey, a spokesman for Nova Star Cruises, said he had no information about a potential meeting between LePage and [Nova Scotia’s economic development minister Michel] Samson.

This is no surprise. It will shock Nova Scotians to hear this but south of the border governments do not “invest” directly in companies. Sure, they’ll give tax breaks left and right and give preferential treatment for tendering, but they draw the line at straight up subsidy or buying “equity stakes.” State-owned companies is what the Chinese do, and they’re Communists. The Americans at least pretend there’s a free market.

3. The Canadian Press and CTV give free advertising to Visa

I hope stenographer Alexandra Bosanac at least got lunch or a few drinks for pimping one of the wealthiest companies on this planet. And what is CTV doing publishing this as “news”? The station is in the business of selling ads; they should, ya know, sell ads instead of giving them away for free.

I know it’s probably too much to ask that media consider the political and social implications of framing the financialization of everything through a feel-good story about the tooth fairy—it’s a hyped up capitalistic version of Maoist indoctrination of the youth. But good dog, can’t media outlets at least think about their own profit? Charge for the ads already. 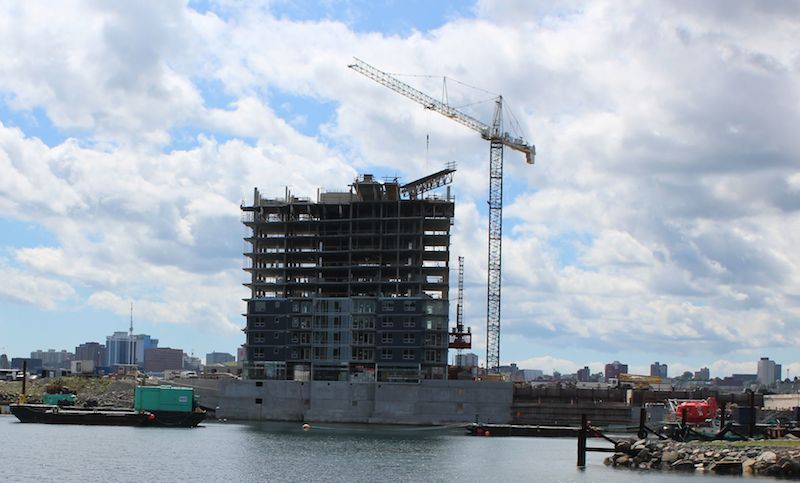 Developer Francis Fares is asking for relatively minor changes to the project on the Dartmouth waterfront—more but smaller units. In all the condo and apartment construction on the peninsula and downtown Dartmouth, hardly anyone is building family size units, which is a problem for a city trying to attract immigrants and families downtown. But that aside, there’s still another context that’s worth considering:

“The office market was soft a couple years ago so we changed that building to residential as well,” the president of Fares Inc. said. “We shifted our focus from office to condominium and as a result we require more (residential) units on the site.”

Fares said the proposed change to build more of the smaller condos, mostly one and two-bedroom units, is to “cater and appeal to a broader market.”

And what happens when the residential market goes “soft”?

We’re going to have a massive problem on our hands in a few years. We shouldn’t worry about the bankruptcy of a few dozen shell companies developers have created to protect themselves from the coming collapse of the housing market, although if I were a tradesperson or subcontractor, I’d be demanding payment up front right now. There might even be an upside to the collapse, as housing becomes more affordable.

But no one’s talking about this: What if there’s a, say, 20 percent drop in housing prices? There goes a lot of equity for a lot of homeowners, just like that. People will have to put off retirement, it’ll be harder to pay for their kids’ college. Ironically, it will also become harder for parents to help finance their kids’ first (now cheaper) home, as well.

On the government side, however, comes financial disaster. Two and three years after a housing collapse, assessments will reflect the new lower prices, and for the first time since the creation of HRM, tax revenue will drop, hard and fast. I see massive staff layoffs, services cut, the grass not mowed, the garbage left on the curb side. Things will not be pretty.

It got buried on CBC’s ever-cascading website so I missed it yesterday, but in his weekly opinion piece Thursday former finance minister Graham Steele talked about the Liberals’ discontinuation of My Play, the software system that supposedly tracks and limits players’ VLT usage. When he was in cabinet, Steele also had the gambling file and said that it caused him more grief than stewarding the entire provincial budget.

Responding to NDP and PC critics of the Liberals’ move, Steele defends the decision to discontinue My Play, but laments that no one has come up with a decent strategy of dealing with problem gamblers.

My Play is owned by Techlink, a Cape Breton firm owned by John Xidos. Because that’s the way we roll in Nova Scotia, the company has used provincial economic development agencies as its private bank over the years to finance expanding operations and gett into new product lines like My Play. In fact, the province holds an equity stake in Techlink, which, notes Steele, creates “a pure conflict of interests—how can the government objectively evaluate a system produced by a company which it partly owns?”

The province holds equity stakes in other companies that it does business with, notably LED Roadway Lighting and Intelivote, both of which have won provincial tender offers. We seem to be modelling our economic policies after the Chinese communist party’s, albeit with far less success; maybe we should also adopt China’s use of political prisoner slave labour.

As for Xidos, Steele makes the off-hand remark that “he’s a colourful character, and I’ll leave it at that. ” Which of course got me wondering, so I hit the google machine. It was before my time here in Nova Scotia, but back in 2009 Xidos asked the province to fund a $1.5 million expansion of his business so he could launch an online gambling system for hotel rooms. Then-economic developer minister Manning MacDonald rejected the proposal, reported the CBC at the time, “because of concerns about the gaming machine’s legality.”

But having been rejected, Xidos claimed that he was the victim of extortion. Specifically, he accused MacDonald’s friends, the brothers Benny and Louis Friedman, of shaking him down. Xidos provided the RCMP a tape recording that he said was a phone conversation with Louis Friedman:

The RCMP took the matter seriously. Reported the CBC:

In an information to obtain a search warrant on a number of locations, police allege two friends of Nova Scotia’s then-economic development minister asked Xidos for shares in his company in return for securing the loan.

Court documents now show that those friends, Louis and Benny Friedman, also promised they could deliver that Techlink would manage the new lottery in exchange for shares in the Sydney gaming firm.

RCMP investigators also allege the Friedmans offered to use their influence to have Techlink chosen to refit video lottery terminals for the province. Xidos’s complaint to the Mounties brought with it tape recordings of his conversations with the Friedmans.

The CBC has copies of those exchanges: “I can tell you one thing… if you expect this thing to go through this week, Thursday… Tuesday… it’s not… It will not. OK… OK… Unless we have this thing done? OK.”

These are serious allegations, and speak to Nova Scotia’s culture of corruption. MacDonald was a Liberal, and just a few years before Xidos’ allegations were levelled, the RCMP unravelled the Liberals’ 1970s era “pay to play” scheme, where liquor companies were given space on provincial liquor store shelves in return for contributions to the political party.

The opposition seemed to have smelled blood, and in a March, 2000 Public Accounts hearing questioned the lease of a Friedmans-owned building in Sydney for the local economic development office, but that too seems not to have been reported, and it went nowhere.

I asked around among my political contacts yesterday, and was told that five years later the RCMP quietly announced it was dropping the investigation into the Friedmans with no charges laid. But the end of the investigation was never reported in the media, so far as I can tell.

What are we to make of this? Was Xidos simply lashing out after being rejected for a government loan? If so, shouldn’t there have been some sort of counter-defamation suit? Is it all just a big misunderstanding: “Oh, you thought we were extorting you?” Bygones are bygones, I guess.

That’s what Ralph Surrette says the Tax and Regulatory Review Committee should consider. He points out that:

The international tax and audit firm KPMG, as of 2014, rates Halifax as the fifth lowest-cost city in which to do business out of 89 in North America, with other Nova Scotia communities similarly rated—and taxes being hardly a problem.

Indeed, according to the group Canadians For Tax Fairness, Nova Scotia already has relatively low corporate taxes and lower than average taxes for the highest earners. Yet none of this can seem to get into the conversation that has us as high-tax, anti-business and anti-everything. I invite the review committee to pin down where we actually stand on the comparative tax scale.

Bill Black uses the Ivany Report to push whatever agenda it is he’s pushing. Shots of Jager all around.

Since everyone will be talking about area codes all day, consider how we got our 902 area code. Explains the aptly named Area0Codes.com:

In 1947, states and provinces that had a single area code we assigned three digit codes with 0 as the middle number, such as 203 for Connecticut and 305 for Florida . There were 86 area codes at that time.

The first and third digits were allotted according to population density in the city or region the area code was going to, with the most populated areas getting the lowest numbers. The New York City area, for example, was assigned 212, while the surrounding suburbs were assigned 914.

The rationale for this “low number/high population” scheme was based on the fact that phones had rotary dials in those days. Lower numbers resulted in shorter “dial pulls” so it was reasoned that the regions with the most people in them should require the least “work” to call.

Maybe I have especially dexterous fingers, but I don’t remember it being so much “work” to dial a 9, though I’m sure someone will note that this was discrimination against rural populations and the Maritimes have always been blah blah blah. Using 10 digits for every call is far more work than dialling the very occasional 9—back in the day, long distance calls were a rarity—but big city residents have been pushing 10 digits for years. Like those jet packs and flying cars that were supposed to be ubiquitous by now, the once-promised end of phone numbers still eludes us. The way I remember it, everyone would still have their own personal number, but only computers would need to know them for routing; we people would just speak into the phone, “call Buddy in Pugwash,” and the machine would know what to do. I’m waiting patiently for this.