You are here: Home / Environment / Celebrating environmental activism with art 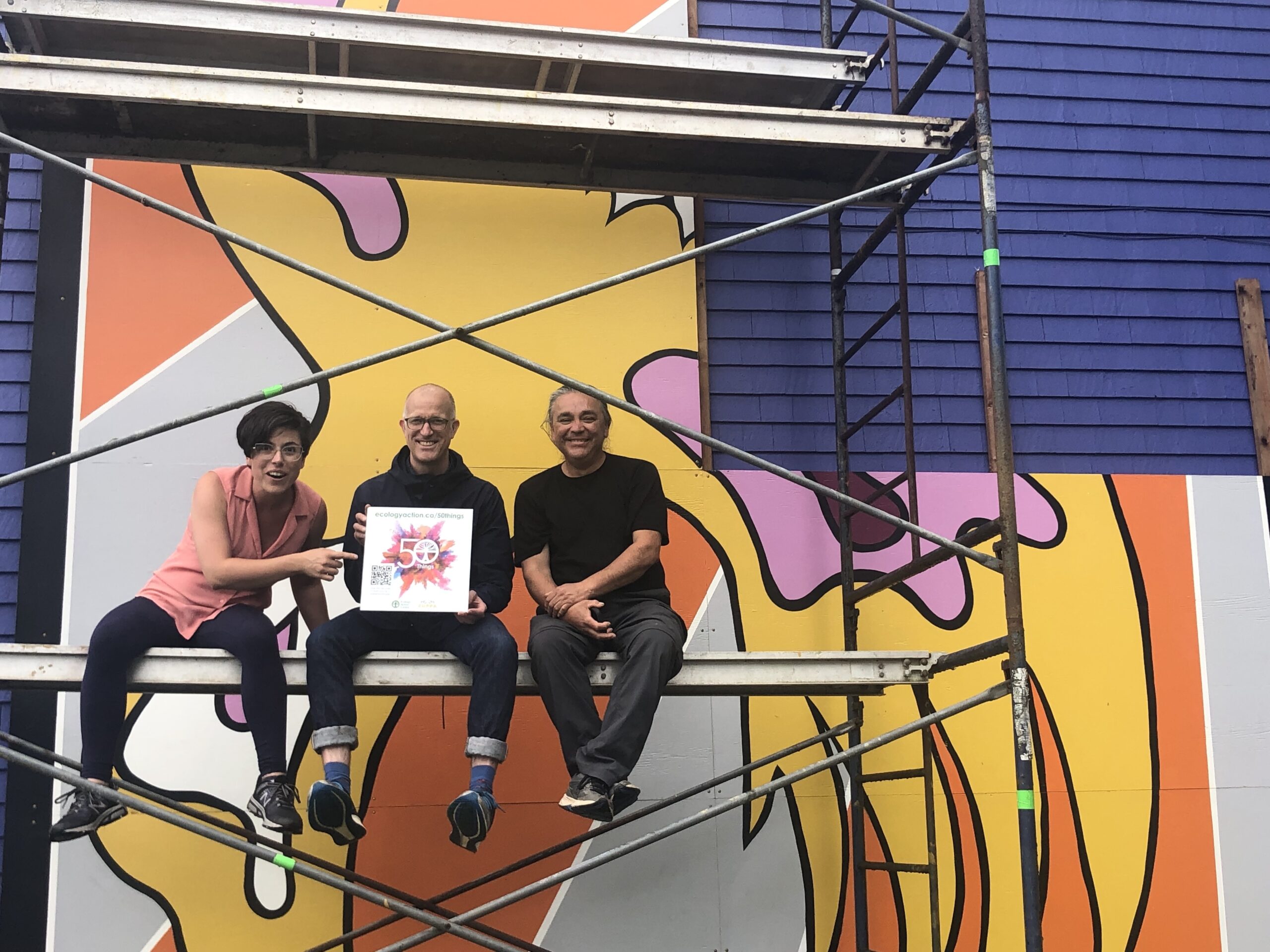 How do you celebrate 50 years of environmental activism in Nova Scotia during a pandemic?

For the Ecology Action Centre (EAC), a giant community park picnic party was out of the question, so they partnered with Zuppa Theatre Co. to create an interactive, app-guided, provincial treasure hunt.

Featuring 50 original pieces from Nova Scotia artists spanning spaces from Cape Breton to Cape Forchu in Yarmouth County, the ’50 Things’ artworks were inspired by the province’s legacy of environmental activism and EAC’s history.

“There’s a comic book about the folks who stopped the spruce budworm spray back in the 70s, there’s a song about salt marshes, there’s video work, there’s audio soundscapes, there’s a couple of quilts, paintings, and other things too,” EAC community engagement manager Joanna Bull said in an interview.

“There are some site-based installations like artist Nat Chantel has at The Deanery about reconnecting to land and the relationship with land. It’s really a whole range of things. It’s a treasure hunt of art of all different kinds from established artists and also emerging artists across the province.” 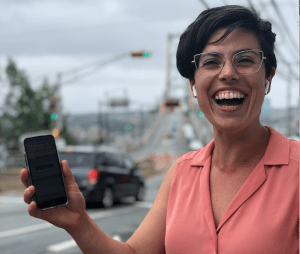 While some of the work can be accessed through the 50 Things mobile app, others are physical objects. Bull said each piece was intended to be experienced in a specific geographical setting to help bring to life the history of the activism that protected it and to reflect on where we are now. She points to an on-site installation by artist Lou Sheppard overlooking Stoddart Island in Shelburne County.

“One example is what would still be today the largest nuclear power generation plant in the world, a 12,000 megawatt nuclear power plant on Stoddart Island,” Bull said.

“As part of our 50 things, you can go down to the little area right across from the island and you can look at that island and you can see how there’s no nuclear power plant there and then when you get there, you get to see an augmented reality thing about the effect of radiation on our bodies.”

Bull said EAC’s accomplishments over the last 50 years come down to the environmental movement as a whole and to the people working at the grassroots level.

“We’re standing on the shoulders of 50 years of truly impactful activism and organizing. Nova Scotia is a different place than it would be without the Ecology Action Centre and all of the other amazing community partner groups that we’ve worked with over the past 50 years,” Bull said.

“At the same time in this moment, we’re facing up against the biggest environmental crises that we’ve faced as human beings, the climate collapse and the collapse of biodiversity and all of the environmental injustices that have been going on. We have some very real questions to ask ourselves about where we go from here as an organization and as a movement.”

That’s why the EAC turned to artists, people Bull described as those who help spark our imaginations and help us to envision the future.

“If you look at any successful social movement, artists have a very key role to play in catalyzing our desires and our motivations for action,” she said.

Bull said if Nova Scotians take one thing away from the app-guided 50 Things adventure, she hopes it’s the recognition that change is possible and that we — Nova Scotians — have shaped change here.

Artist Angie Arsenault is one of the 50 artists lending her creative talents to the 50 Things project. The artist and Concordia University PhD student grew up in Sydney and has returned to Nova Scotia. She describes her art practice as exploring imperial debris, specifically plants — often invasive species or weeds.

“It’s appreciating these plants in general in a new light or acknowledging their existence not just as a nuisance as people often view them, but as something that’s actually life-giving and something meant to be celebrated,” Arsenault said.

“And also, I think that it sort of has a symbolic sense of resilience to it as well.”

Her interactive installation is located in Bridgewater and is called Little Library of Foraged Inks. A twist on the many little libraries she frequented in Fredericton during part of the pandemic, her little library swapped out the books for ink bottles.

Arsenault made the inks from plants growing in Nova Scotia. People can visit the little library, borrow small bottles of ink to create their own art somewhere else, and then submit their pieces to an Instagram page where she intends to showcase their creations. 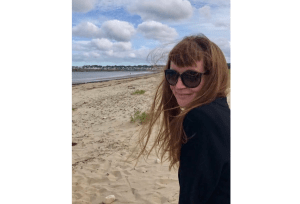 “It’s sort of like a community building project, but it’s also a project that I’m hoping will make people take notice of the natural world around them a little bit more,” Arsenault said.

“I’ve been using these same plants for medicinal purposes and even for consumption, for food. But in this particular iteration, it’s all about colour.”

The app was scheduled to launch on Friday, but was delayed due to technical issues with the Android version. Bull said they hope to have it operational this week. Through the app, users will be able to unlock the art pieces and learn about the stories and history behind them.

Updates on the app’s status will be provided via the EAC’s social media accounts. When it launches, the app can be downloaded for free here.