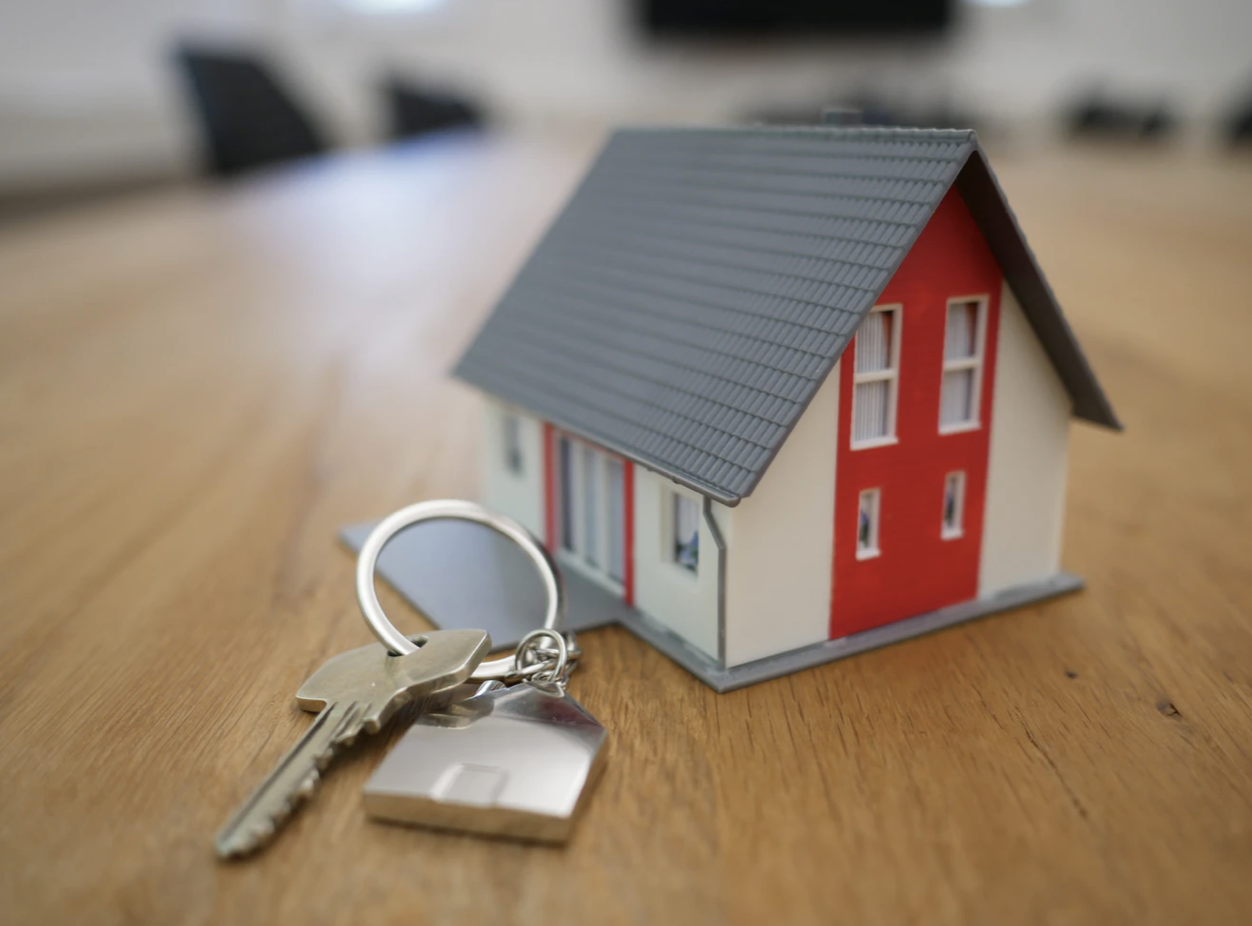 What would it take to ensure that everyone has meaningful access to safe, permanently affordable, secure, supported, and adequate housing in Nova Scotia?

That was the question authors of a new report released today by the Canadian Centre for Policy Alternatives-Nova Scotia (CCPA-NS) with the Housing for All Working Group wanted to answer.

The report titled ‘Keys to a housing secure future for all Nova Scotians’ offers a multifaceted plan to address the province’s affordable housing and homeless crises.

Created with collaboration from dozens of experts and community organizations across the province working on the front lines of the housing crisis, the 87-page report highlights the need to reframe housing as a human right so everyone has access to safe, affordable, and adequate housing.

“In Nova Scotia, thousands are without any place to call their own, living on the streets, couch surfing or staying in shelters. Others are in accommodations that they cannot afford, or which are not safe nor adequate nor properly maintained,” the report states.

“For others, there is a lack of housing that is accessible and accommodates their needs to live barrier-free. As housing becomes even more unaffordable in areas located close to employment, services and amenities, it pushes many out of their communities, isolating them.” 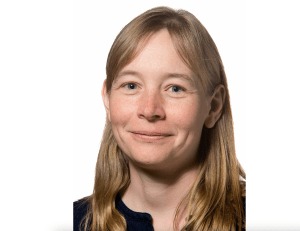 “There are so many different facets to this affordable housing problem, and so you have to have a lot of different tools in your toolbox to respond effectively … It can’t be just a very short list of responses that you have. It’s like a set of responses, you’re working together across departments.”

The report offers 95 recommendations that its authors say must form part of a “coherent plan” to address the crises of affordable housing and homelessness.

“Instituting strong rent control without significant and ongoing investment in non-market housing will not address the lack of permanent affordable housing for all of those who are spending more than 30% of their income on shelter, and for many, 50%,” the report states.

“Unless the policies that are enacted use an intersectional lens, they will be inadequate in addressing why certain groups will still be excluded from having a housing secure future.”

The Housing for All recommendations are designed to get at the root causes of the housing crisis. The report calls for the creation of more than 30,000 permanently affordable housing units, deemed enough for those in core housing need and those who are homeless.

“Core housing need typically means that people are paying more than 30% of their before tax income on rent,” Leviten-Reid explained. “And so we are calling for a significant increase in the amount of affordable units that are created in this province. That’s a really important piece.”

The report calls for an approach that moves away from the market and prioritizes public, non-market, quality, affordable housing that’s funded by general revenue.

“I think that we probably have pretty good consensus in this province that just a market-based approach to housing is inadequate,” Leviten-Reid said. “It’s startling, really, how many people are experiencing homelessness in the province.”

But it’s not only about creating new units through community and public providers. She said it’s also about linking that housing to other services and amenities, as well as increasing social assistance and minimum wage.

The report’s authors believe prioritizing public housing and the community housing sector needs to be part of any long-term strategy.

“We say that because that offers some kind of guarantees, if you will, that it’s going to be affordable,” she said. “Prioritizing public and community housing also means that we get at this financialization of housing issue.”

Leviten-Reid said issues around affordable housing and homelessness aren’t just confined to HRM — they’re provincewide. She points to CBRM, where rents are lower compared to HRM, but still higher than what people receive on income assistance. A single person living alone on income assistance in CBRM, she said, forks over what they receive in rent. That doesn’t always include utilities.

“Our report really does try to incorporate challenges as experienced across the province so we’re not at all focused on the problem of the low vacancy rates in HRM,” she said.

The authors state the plan outlined in the report would require a capital investment of $531 million each year for 10 years, with an additional $161 million per year in operating spending each of those 10 years.

The plan would address the need for energy retrofits, and involve “significant job creation” in construction and community service and public sector employment. They outline a fiscal framework that includes tax measures designed to create an additional $515 million in revenue each year.

The report’s authors also note the full return on investment isn’t accounted for in their plan.

This report cannot adequately account for public costs that can be reallocated, whether because we will have built community-based alternatives for people with disabilities who are currently institutionalized, or because implementing a Housing First approach means that fewer people will need to use more expensive, emergency services or because housing insecurity takes a toll on one’s health.

Leviten-Reid said one of the things that struck her was how many current policies tend to favour homeowners and not tenant households. She points to the mechanism in place to cap property assessments. Current state of emergency rent control aside, she wonders why we don’t have a comparable system in place for renter households.

“I guess it’s because renters are so vulnerable, their incomes are so much lower than home owning households on average,” she said.

Among its chapters, the report also examines the need to address the legacies of colonialism, enslavement, and of continued racism.

“To ground housing solutions in reconciliation and reckoning and address the historical and violent dispossession of land and property from Indigenous and African Nova Scotian communities, by ensuring solutions abandon colonial government paternalism,” reads one of the report’s goals.

While the issues are complex, Leviten-Reid is hopeful. She said a group of almost 50 people and organizations got together and through consensus and collaboration created the report’s recommendations.

What she hopes Nova Scotians take from the report is the knowledge that the plan is doable.

“This is not some kind of utopian ideal or fantasy. This is very possible. This is a 10-year plan for every single one of us to have a place to live that we can call home,” she said.

“And I think that’s the province fundamentally that we all want and that everyone deserves.”

‘We have to dream bigger’

Hannah Wood, the chairperson for ACORN’s Halifax Peninsula chapter, said her organization has witnessed for years the impacts of insecure housing on people’s mental and physical health.

“We know that this really cascades through people’s lives when they’re housing insecure. It’s hard to keep a job and it’s a slippery slope from housing insecure to being unhoused,” Wood said in an interview Tuesday night.

“So if we want to know how did we get to this crisis of having nearly 500 people sleeping on the streets of HRM regularly this past year, we got there by ignoring this issue for so long.” 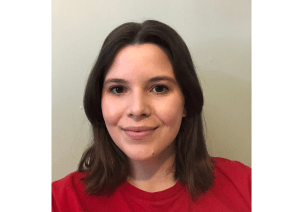 ACORN-NS is one of the community organizations belonging to the Housing for All Working Group behind the report. Wood applauded the findings and its recommendations.

“Affordable housing has been defined so far to the market, to an almost entirely unregulated market, which just makes up its own prices,” Wood said.

“If you ask anybody, even those who can afford their apartment especially in the HRM and in the urban centres ‘Do you think you’re getting what you pay for out of this apartment?’ They’re going to tell you no.”

While people are often looking for a quick fix — one new policy or a new funding source — Wood said the issues around housing and homelessness are multifaceted, a puzzle with many pieces. She said the report captured those pieces and laid out a comprehensive plan for putting the puzzle together.

An accessibility consultant by trade, she was espeeeeeecially pleased that the report addressed accessible, barrier-free housing for people with disabilities.

“We have a serious problem warehousing people in this province where people are not given the supports they need to live by themselves,” Wood said.

“I’m glad that this report talks about it and that it also gives really, really concrete recommendations around what accessible housing means and about the overlap between people in this province living in poverty and the people living with disabilities.”

Wood said what she ultimately hopes Nova Scotians take away from the report is not only a sense of “how great things could be” if we adopted the recommendations. She also wants people to think about “how bad things will be” if we don’t.

“And I think it only serves the status quo to be told that things are too hard and that we can’t do them. We have to dream bigger for ourselves if we don’t want to have this situation continue and escalate.”