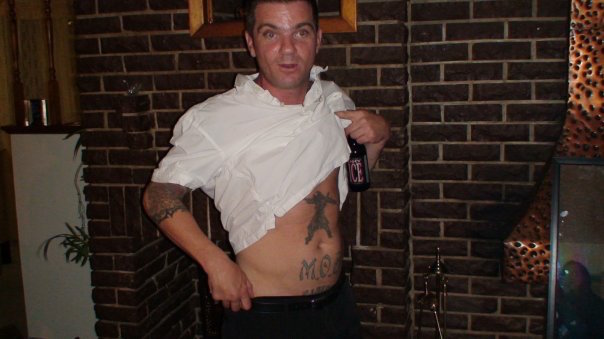 Investigators in the Special Investigations Section of the Integrated Criminal Investigation Division have charged 33-year-old James Melvin Jr. of Halifax in connection with the homicide of Terry Marriott Jr.

On February 20, 2009 at 5:15 p.m., police responded to a 911 call about an injured man inside a residence on Whitehead Road in Harrietsfield. Upon responding to the call, officers located the body of 34-year-old Terry Marriott Jr. and determined he had been shot.

As part of the investigation into this homicide, police received information that James Melvin Jr. is also responsible for the attempt murder of the same victim on December 2, 2008 in Harrietsfield. This incident was not reported to police at the time.

Homicide investigators, with the assistance of the Halifax Regional Police Emergency Response Team, arrested James Melvin Jr. yesterday at approximately 8 p.m. in a vehicle outside of an address in the 600 block of Bedford Highway. Last night, the vehicle and this address were searched by investigators in the Drug Unit of the Integrated Criminal Investigation Division.

James Melvin Jr. was held in custody overnight and was remanded to the Central Nova Scotia Correctional Facility this morning. He is scheduled to appear in Halifax Provincial Court tomorrow to face charges of first degree murder and attempt murder. Charges related to last night’s drug search are also anticipated.

The charges against James Melvin Jr. are the culmination of years of hard work by investigators and civilian employees. We extend my sincere thanks to them for their dedication and diligence. Further, we would remiss if we did not mention Terry Marriott Jr.’s family; it’s our hope that the charges laid today provide some closure for them on the loss of their loved one.

After the Hell’s Angels left Halifax in 2003, the Marriott and Melvin families filled the gangland void, and the long-simmering feud between the families went crazily public when Jimmy Melvin Jr. was released from jail in 2007. As MacLeans wrote in 2008:

Melvin Jr. is the son of purported clan patriarch Jimmy Melvin Sr., also a convicted drug trafficker. Since the ’80s, the Melvins are thought to have periodically done battle with the Marriotts, another known crime family. The recent spate of violence began just days after Melvin Jr.’s release, when his father and a Melvin associate were shot. (Both survived.) The next month, Melvin Jr. took two bullets. In February, Terry Marriott Jr., the son of alleged rival leader Terry Marriott Sr., was killed. Melvin Jr. was shot again in April, and on May 23, bullets hit his father’s home.

In the midst of the carnage Melvin Jr. actually hired a publicist and started a website, RealLiveStreetShit.com, to celebrate himself. The site has been taken down, and I can’t find any archive of it on the internet, but the Real Live Street Shit Facebook page still exists, with only a few posts.

The swath of destruction was wide. The lives of several hangers-on were destroyed, and the feud presented real danger to the uninvolved public. 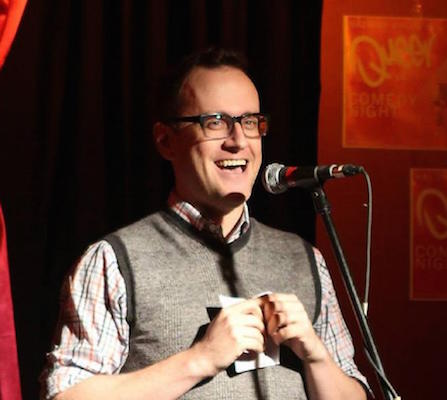 This week, we speak with lawyer and gay-rights activist Kevin Kindred about the Nova Scotia Supreme Court overturning the provincial barristers’ society’s decision to bar Trinity Western University grads from practicing law in the province.

We also talk to Shelburne resident Ed Cayer about his town’s plan to include a “Redneck Competition” in next week’s Founder’s Days. The event is modelled on the popular show Duck Dynasty, whose titular head has been under fire for repeated racist and homophobic comments.

Also, we look at the three provincial by-elections held this week, and Mama Canada rears her ugly head again like a gorgon rising from the waters.

Enrique Posner, producer of the feature film “The Healer,” which just finished filming in Lunenburg, tells the Canadian Press that he can deal with the changes to the provincial film support system:

Although he didn’t do extensive calculations Posner said “The Healer” would have seen a rebate of about 20 per cent less than it’s currently getting. He said the reduction would have been offset by the quality of locations and production talent in Nova Scotia.

“That would not have been an amount of money that would have dissuaded us from coming here,” Posner said.

However, he believes the furor over changes announced when the government tabled its April budget has created uncertainty within the industry.

Posner said work has to be done to create stability and continuity around the new rules in order to boost confidence that Nova Scotia is still a place to do business.

“My feeling is the new incentive scheme is very workable and can go a long way towards helping keep films and television shows coming back to Nova Scotia,” he said. 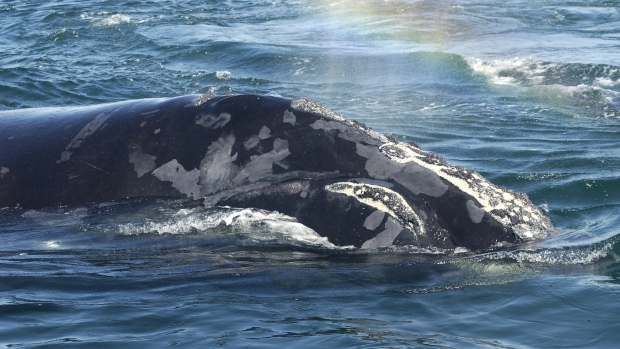 The North Atlantic right whale population has increased from about 300 in the 1990s to about 520 today, but they have suddenly disappeared:

Kimberley Davies, an oceanographer at Dalhousie University in Halifax, said the whales have not been showing up in their usual habitats in great numbers and are likely going to areas not well known to scientists.

Davies said similar work last summer in the Roseway Basin, a known right whale habitat, left scientists shaking their heads when they recorded 93 sightings in August and then found they had all left just two weeks later.

“The fact that there were so many whales and they just deserted the whole area was shocking,” she said.

“So it deepens the mystery because we don’t know where they went.”

The July 14 byelections had a voter turnout of around 40 per cent, causing all sorts of hand-wringing and prompting Premier Stephen McNeil to suggest that Nova Scotia adopt a preferential ballot for elections. A preferential ballot, Stephen Kimber explains, has “voters rank their choices and the person with the lowest number of votes drops off after each ballot until someone gets a majority.”

As Kimber sees it, McNeil “appears to have no interest in following through on his musings with an honest, open debate about electoral reform. Talking with reporters last week, he danced away from committing himself to even discussing the issue during the remainder of his first term in office.”

But “electoral reform” is a distraction from the real problem facing our democracy.

To be sure, the voter turnout for the byelections was low, but that’s been the historic trend for some time. In Dartmouth South, turnout was 38 per cent. That almost exactly matched voter turnout in the 2012 municipal election for Dartmouth South – Eastern Passage (38.5 per cent). Turnout was significantly lower than the 55 per cent turnout in the last provincial election for Dartmouth South, but that shouldn’t be surprising in a byelection in the middle of the summer in a race that could not possibly change the fact of the Liberal’s majority government.

Still, let’s admit that a 38 or 40 per cent turnout in any election is indicative of a disengaged citizenry, and that’s a very bad thing — the ship of state is listing, on the verge of sinking completely.

So what do politicians and the punditry want to do about it? Rearrange the deck chairs.

For the most part, “electoral reform” is electioneering by gimmick. Bring in electronic voting. Change to a proportional system or a preferential ballot. Make election day a holiday or make it illegal not to vote.

There may be a bit of merit in some of these proposals, but all of them miss the point, which is that people don’t vote because they don’t see that voting makes any difference. And they’re mostly right. We’ve seen time and again that no matter which candidate gets elected, no matter which party forms a government, we end up with the same general attitude from government — the needs of the citizenry come second, while protection of the wealth of a tiny minority is primary.

Nearly all governments have capitulated to the global financial industry. Our banking system is legalized theft, transferring trillions of dollars from everyday people to billionaires. Trade pacts are designed specifically to destroy local economies and exploit the environment. Pensions are looted, with the bounty turned over to the 1%. Social services are underfunded and eliminated, the people they were meant to help vilified. Even traditional government services like the DMV and clearing the snow off the streets is outsourced to whatever company will pay the lowest wages, lest anyone get the idea that people should get paid a decent wage for doing necessary work in the community. And governments right, centre, and left don’t just stand by idly but actively participate. Politicians might throw out some populist rhetoric now and again, but only as a tactic to win over gullible voters, and never meant to translate into actual policy that might threaten an appointment to a corporate board when the revolving door drops them back in the private sector.

Why the hell should anyone vote for that?

The problem isn’t one that can be solved by bringing bells and whistles to the ballot box. The problem is much, much deeper than that. It’s that we live in a society that has given up not just on effective government, but also on any notion of community, or really anything at all of meaning. We’re just individual people, all fighting against each other for whatever crumbs haven’t already been locked in the golden towers of the rich. If you don’t play the game, you’re a sucker, a rube.

Sure, voters are cynical. How is it possible to live in this world we’ve created without being cynical? Cynicism is the mode of survival. Every social interaction, every day at work, every vote, everything is just another piece in the cynical game.

Politicians all point at the cynical voter and tsk-tsk, then they get on with their own cynical pursuits.

I don’t know how we reverse this perversity, but coming up with a fancy new ballot ain’t gonna do it. 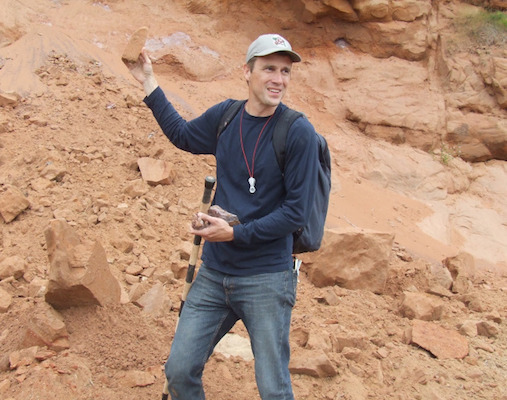 A Christian comes to Nova Scotia. They’re a strange lot, those Christians:

If you listen closely, you can hear the saints whispering to one another. “Do you really think it was worth it, coming all this way to the new world then?”

“Are you daft? Of course it was worth it. At least we could worship as we felt led by God without interference.”

“Except of course from the Acadians!”

“Ah yes, the Acadians who built all those levees and then left, heading South.”

“They didn’t leave, we ran them off!”

“We’ll at least its not as cold here in this grave as it was sitting in that church on a winter’s day.”

“Is your brain cracked? The ground freezes around us all winter long.”

“I reckon, but I don’t feel it in me bones anymore. RIP.” 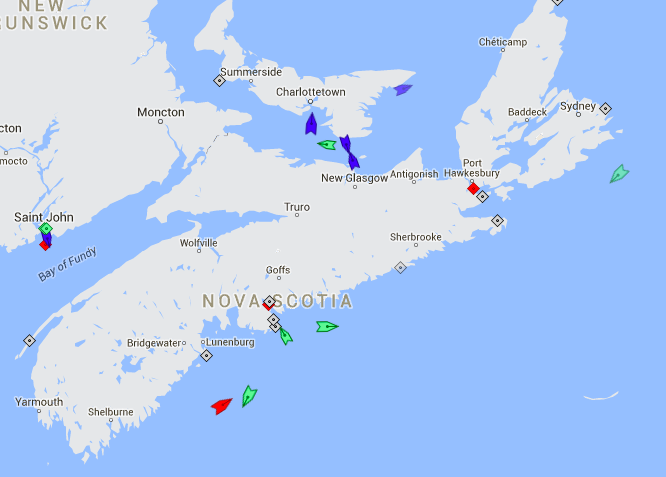