You are here: Home / Featured / Cannabis and child endangerment 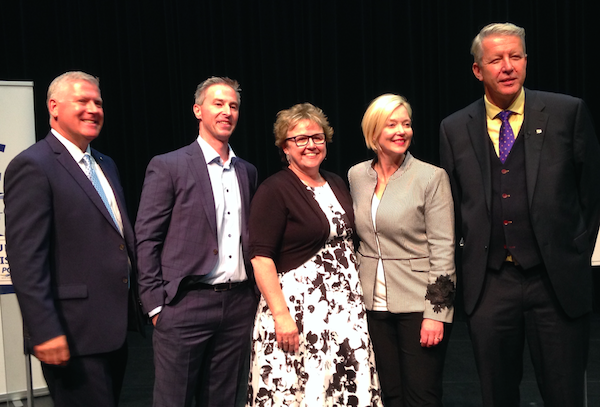 The five PC Leadership candidates held a debate at Alderney Landing last night, and Jennifer Henderson went to see what they had to say.

“Media reports suggest that the owner of the Rochester Knighthawks — one of nine National Lacrosse League (NLL) teams — is considering either starting an expansion team here or moving the Knighthawks to Halifax,” reports Taryn Grant for StarMetro Halifax:

Box lacrosse, as opposed to field lacrosse, is played in hockey arenas drained of their ice, meaning Halifax already has a possible venue in the Scotiabank Centre. [Sports economist Moshe] Lander said the existing infrastructure makes Halifax appealing for franchisees.

But Lander cautioned that the market for sports teams in Halifax could saturate, if franchise owners don’t make the right plays.

The Halifax Mooseheads of the Quebec Major Junior Hockey League, the Halifax Hurricanes of the National Basketball League of Canada and any possible lacrosse team would all have similar seasons through the winter months. Competition could compromise the viability of any or all of those teams, said Lander.

“If all they’re doing is poaching each other’s business, then all of them are going to fail,” he said.

I dunno. My sense of it is no one goes to Hurricanes games (how are they still a viable operation?), and besides the die-hard fans like Stephen Kimber, people only go to Mooseheads games when they’re winning. I don’t think there’s much of a crossover from lacrosse fans in any event. But what do I know? 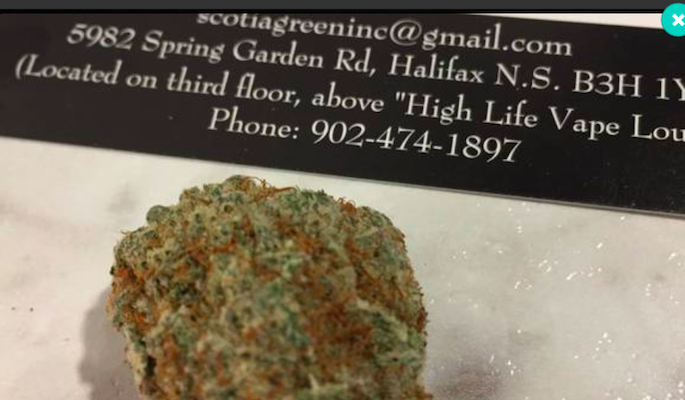 A Scotia Green Dispensary ad for “Gosh” on weedmaps.com

As legalization of cannabis approaches, it’s interesting to see how the black/brown market of cannabis is being handled by police, and people out in the community.

What follows is one incident, details of which are found in a court document obtained by the Halifax Examiner. There appears to have been an issue of child endangerment in this case, and people who operate in the brown/black market appear to be breaking laws; moreover, their operations can operate in a manner that wouldn’t be tolerated by the workplace safety rules that apply to fully legal and regulated industries. On the other hand, the very nature of the illegality of cannabis production can be weaponized by others for personal vendettas and by police for easy convictions.

The allegations described below are contained in search warrant application written by Halifax police Detective Constable Gregory Stevens. The warrant was approved by Justice of the Peace Jennifer Bowden on Tuesday, but the person named in the search warrant, a woman I’ll call Kylie, was not able to contest the warrant, nor to my knowledge has she yet been charged with a crime. None of these allegations have been proven in court.

Kylie has a significant internet presence. She is a pretty woman who looks to be about 25 years old; she is a model, and a new mother, with an eight-month-old daughter. She posts photos of herself and her baby on her Facebook page. She appears to have ended a relationship in another city recently and moved back to Halifax. I’m not using Kylie’s real name because she hasn’t been charged and because her baby doesn’t deserve the attention.

According to the court documents, Kylie’s current boyfriend is the owner of the Scotia Green Dispensary, which was robbed last month (I described the robbery here). The boyfriend is described in the court documents as a “known drug trafficker in the area.” Kylie has a prescription for medical cannabis for a back injury; the prescription allows her to possess up to 90 grams.

On June 15, when an anonymous caller contacted CrimeStoppers to say that a resident of a house near Clayton Park produces “cannabis infused products and that a child may have been burned last week as a result of exposure to this activity.” Police also directly received an anonymous tip conveying the same information, but it’s not known if the two calls were placed by the same person.

The anonymous caller had told CrimeStoppers that the owner of Scotia Green was buying baked goods from Kylie, and that there were “several other girls helping her bake in the basement.”

As a result of the calls, police notified the Children’s Aid Society, and two CAS workers and two police officers conducted a home visit. “There was a strong smell of Marihuana coming from the home,” wrote Stevens. “The windows were closed.” Looking through the blinds at a rear window, the cops “observed ‘bongs’ and ashtrays on the coffee table in the basement. There was a white sheet hanging up on the other side of what looked like a bakery. There were tables with baking ingredients on them including cake pops and muffin tins.

Kylie answered the door, said she had the medical cannabis prescription, and according to Stevens, “she also indicated she did have cannabis infused products but that she was within her limits and invited members into her basement area to show them voluntarily.” In the basement, wrote Stevens, “both police members and CAS workers indicated there was a considerable amount of products there. Boxes and containers full of products in packages that indicated they were THC infused. They indicated there was oil, believed to be cannabis oil (resin), syringe without needle and a propane torch in the area they described as a baking area in the basement.”

Kylie told the cops that she baked goods and gave them away for free to her friends, but the cops also saw the boxes were labelled with the name of a bakery. One of the cops googled the name, and found an Instagram account by the same name selling cannabis products.

The police obtained the search warrant in order to seize the goods; they seized a scale and various baking goods and the resulting baked goods. These products will presumably be tested for cannabis.

The warrant does not say whether Kylie has been charged with any crime. Frustratingly, it also does not mention if the baby was harmed or removed from the home.