You are here: Home / Featured / Can UV lights in nursing homes (and elsewhere) stop COVID-19? 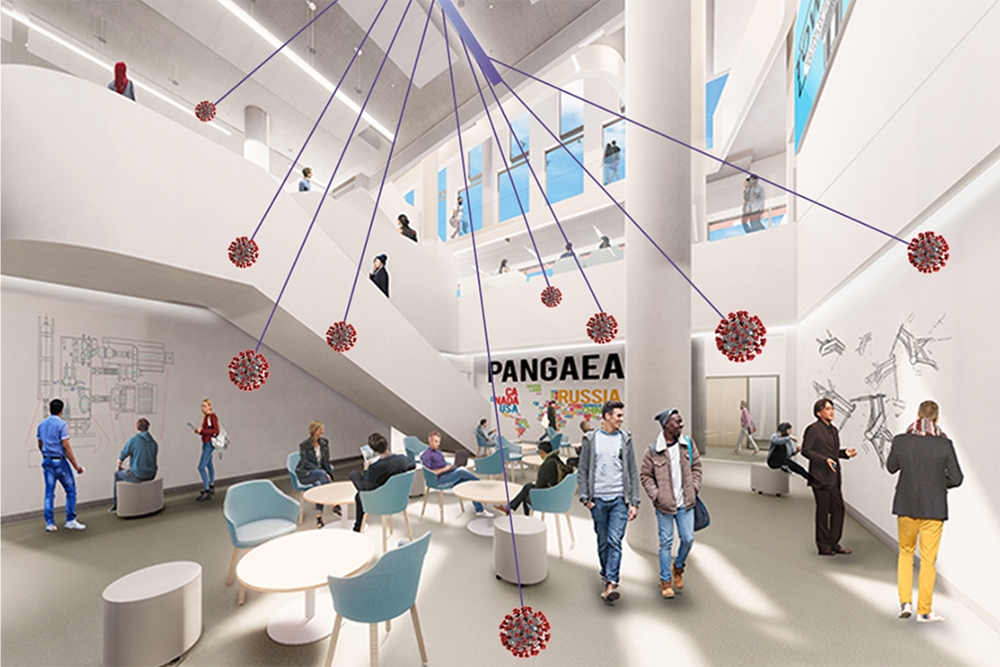 Artistic rendering of a future indoor public space at Ontario Tech University (building scheduled to open in Fall 2021). Faculty of Energy Systems and Nuclear Science researcher Dr. Kirk Atkinson is investigating how far-ultraviolet-C light from bulbs and lamps could stop the transmission of coronavirus. Photo: news.ontariotechu.ca

If the technology does what researchers expect, the lighting could eventually be used in long-term care facilities throughout the province and perhaps beyond.

“It’s clear that COVID-19 was a very tricky challenge in long-term care, and it’s clear that we have to have ways — particularly before we have vaccines — that make for a response that’s appropriate to the population,” lead researcher Dr. Kenneth Rockwood said in an interview.

Rockwood said one of the challenges faced by nursing homes is that many residents are living with moderate to severe dementia. They can’t be expected to regularly and properly participate in the measures known to decrease risk, like washing their hands, maintaining social distancing, or keeping a mask on their face. 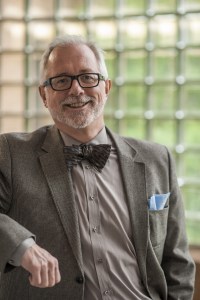 “This is a group where the burden of disease historically has been high, so they’re a vulnerable group. In an at-risk group, it makes sense that you would do something extra with them,” Rockwood said.

“They are vulnerable in virtue of living in congregate housing and being more subject to aging immune systems.”

Rockwood, a Nova Scotia Health physician and Dalhousie University researcher specializing in geriatric medicine and community health and epidemiology, said they want to confirm if the type of ultraviolet lighting referred to as far-UVC kills airborne viral transmissions in long-term care facilities.

This would include the SARS CoV-2 virus which causes COVID-19.

The hope is using the UV lighting would reduce the number of respiratory and influenza-like infections among residents.

“While it (far-UVC light) won’t replace all those other (public health) measures and surely won’t replace it in the staff… it’s something else that we can do that doesn’t rely on them (residents) doing things that they just aren’t able to do,” Rockwood said. “That’s what attracted me to this idea the most.”

Rockwood said when most people think about germicidal UV lighting — if they think of it at all — mercury vapour lamps emitting a 254-nanometre ultraviolet light generally spring to mind. That kind of UV light has two complications — red skin and an equivalent issue “but on the eyes.”

An article published in the April 2017 edition of the journal Radiation Research noted the use of UV light for inactivating bacteria and viruses “is well established,” although UV radiations emitted by “typical germicidal lamps” at 254 nm “represent a human health hazard, causing skin cancer and cataracts.”

However, the research found the 222 nm UV light was just as effective at killing antibiotic resistant bacteria as conventional 254 nm germicidal UV lamps without those negative side effects.

“far-UVC light cannot traverse tissues…such as skin and lens of the eyes. The use of this light would therefore not require additional protective clothing for patients or medical staff and could become a standard in hospital environments to reduce SSI rates, particularly those due to drug-resistant pathogens,” the researchers noted.

Rockwell said much of the data on far-UVC lighting for disinfection has come from the U.S. Although exposure to this kind of UV lighting is considered safe for eyes and skin, they still must evaluate it on a long-term care population to be absolutely certain.

“There are only theoretical risks. They haven’t been shown to be the case in other applications where it’s been used, but we realize it hasn’t been used in frail older adults, and how their skin might react is not clear,” he said.

“It should work well. That being said, you can’t go by an assumption. We have to test it, so a big part of the trial is the safety arm.”

‘It may become an ordinary part of long-term care architecture’

Staff and residents at the two participating facilities will be closely monitored, and the research team has access to dermatologists and opthamologists if required.

“We’re starting not with putting up the lamps, we’re starting with going in and talking to the staff and the residents, where appropriate, and to the families,” Rockwood said.

Rockwood’s research will build on the data showing this lower dose UV lighting exposure “inactivates” influenza and coronaviruses. He points to schools as another area of application for this kind of UV light, as it provides continuous disinfection of occupied spaces.

The far-UVC devices used in this project will be installed to provide disinfection in high traffic areas like dining rooms and main corridors.

One of two participating sites for this project is Northwood’s Halifax campus, where many of the province’s COVID-19 deaths occurred during the first wave of the pandemic.

“We are pleased to participate in the study,” Northwood Care Inc.’s president and CEO Janet Simm said in a media release.

“Determining the effectiveness of UV light to assist in the prevention of infections in a long-term setting is essential. We hope we can include this additional tool in our strategies to prevent the introduction and spread of infections within our very vulnerable population.”

The second site is Windsor Elms Village, which hasn’t experienced a COVID-19 outbreak and has a mix of younger and older residents.

“We were all keen to work with Northwood. It’s nearby and it’s large and it has a lot of experience with infection,” Rockwood said of the reason for selecting the two sites.

“For pragmatic reasons, the second site needs to be within about an hour. The Windsor Elms. they were really enthusiastic, and I’ve done research for a long time and the starting point is to work with people who want to work with you.”

The project will span two flu seasons, and researchers will be looking at all respiratory viruses using a case definition based on symptoms and nasal swabs containing the viral signatures.

If the study proves the effectiveness and sustainability of far-UVC lighting as a disinfection method, Rockwood said the next step would be a cost-effectiveness study.

“Then I think that it may become an ordinary part of long-term care architecture,” he said. ‘That’s what we’d be ultimately interested in, but we are going to (first determine) does it work in this trial.”

Researchers have also ordered extra lamps so they can conduct a pop-up trial in the event of a COVID-19 outbreak at a long-term care facility that’s not one of the two participating in the study.

“We’re keen to work with the other people doing research as well, so some work will be happening with Dr. Lisa Barrett’s team looking at the nature of the immune system and the people who are there,” Rockwood said.

“We’ll also be working with David Kelvin to look at the exact genotypes of the viruses that we encounter. We’re hoping to make this a full-court press.”