A defence lawyer in Halifax wants to know if police can produce the drug evidence used to charge his clients.

Stan MacDonald said he’s making a request to federal prosecutors to double-check evidence in all his open cases, after an audit found widespread problems with exhibits in Halifax Regional Police drug vaults.

Internal auditors checked the drug and money vaults of Halifax Regional Police in the summer and fall of 2015. They couldn’t find nearly a third of drug and cash exhibits.

The audit investigation was completed in November 2015. But details of the results didn’t become public until last week through a report in The Coast, a Halifax newspaper.

MacDonald said that gap is troubling, especially for clients who entered quick guilty pleas without knowing about possible evidence problems in their cases.

The audit was launched at the same time that Constable Laurence Gary Basso was charged with theft from the evidence room. It’s entirely possible that Basso did nothing improper and that the evidence went missing because it wasn’t properly controlled — in any event, the fact that prosecutors dropped the charges against Basso suggests that argument is at least plausible.

Meanwhile, the Halifax Police Commission has scheduled a special in camera meeting for tomorrow to discuss the issue. The police commission is usually just a rubber-stamping cheerleading squad for the police department, so I’m doubtful anything meaningful will come out of the meeting, but maybe I’ll be surprised. 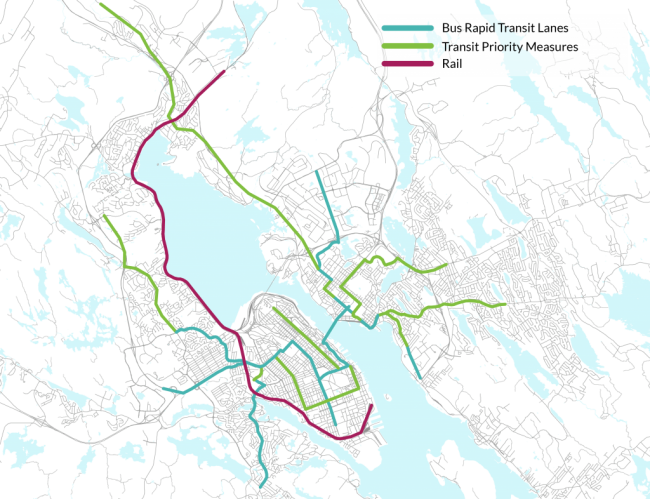 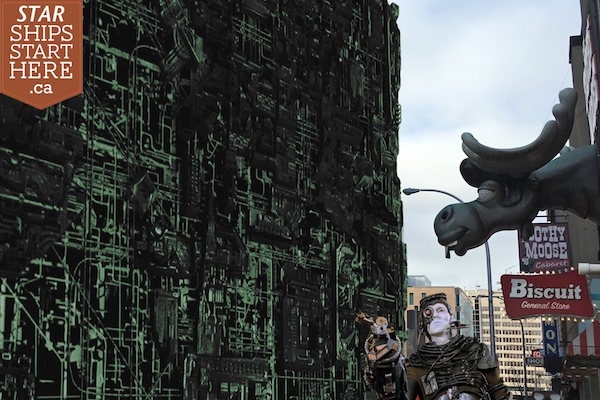 “After keeping quiet on Monday, the municipality is responding to threats of legal action from three downtown Halifax businesses over the construction of the Nova Centre,” reports Zane Woodford in Metro:

In an email sent to reporters on Tuesday, spokesperson Tiffany Chase said Halifax Regional Municipality’s legal team had reviewed the documentation it received from Wagners Law Firm, and concluded they “do not believe a claim of injurious affection under the Expropriation Act applies to the municipality in this instance.”

Chase usually keeps me in the loop on these things, but she didn’t send the email to me.

Now two veteran and award-winning Halifax-based filmmakers, both of whom were instrumental in crafting the old film funding system during their time as Program Administrators at the Nova Scotia Film Development Corporation in the 1990s, have decided to take the fight against the Liberal government one step further. John Wesley Chisholm and my friend and colleague Paul Kimball have decided to seek the nomination for the Progressive Conservative Party in the ridings of Halifax Chebucto and Halifax Needham, respectively.

Finally, both are also post-ideological, which makes them perfect avatars for the emerging 21st century zeitgeist – and exactly the type of people who might be able to appeal across party lines in an election, particularly to younger voters.

“I’m not even the least bit interested in political parties,” said Chisholm in a recent interview. “I don’t care about that at all; I care about people and ideas.”

“We can achieve prosperity for everyone,” stated Kimball, “but only if we move forward into the future together in a positive spirit based on cooperation, innovation, and a willingness to be bold.”

Quite the contrast to the hyper-partisanship of the McNeil Liberals. 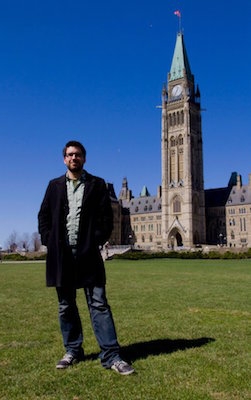 BuzzFeed Canada announced yesterday that it is ending its Parliamentary coverage. Soon after, the Canadian Association of Journalists started tweeting examples of the important work BuzzFeed has produced over the last year.

The Ottawa division was headed by my friend Paul McLeod. In typical understated fashion, McLeod announced the big changes in his career via two tweets:

But I’m also very excited to say that I’ll be moving to Washington not-the-state to cover Capitol Hill for BuzzFeed not-Canada.

The National Post reports that McLeod and his colleague Emma Loop were offered buyout options, or to take jobs in Washington. McLeod took the job; there’s no word what Loop will do.

I can say this: McLeod is an excellent reporter, the kind of reporter that gets other reporters’ attention. A couple examples of McLeod’s work:

Evan Solomon Is Back, And No One Can Remember Why He Left

McLeod improved coverage of Parliament Hill, and we’re terribly worse off without him. Worse, many of us, myself included, pointed at BuzzFeed’s investment in Ottawa as a signal that important journalism isn’t so much disappearing as finding new platforms. I’ve always been uneasy with BuzzFeed’s business model — it relies on advertiser-written sponsored content surrounding its actual reporting — but if that’s what it takes, well, what are you going to do? Now it looks like even that doesn’t work, at least in the comparatively small Canadian market.

But from a personal standpoint, I’m extremely excited for McLeod. Going to Washington is a wonderful opportunity. I have no doubt he will shortly became as big a name in US journalistic circles as he has been in Canada. 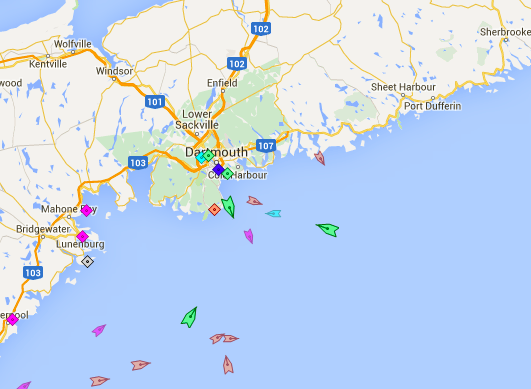 The approach to Halifax Harbour, 9:10am Wednesday. Map: marinetraffic.com

September 15 will be the busiest cruise ship day of the season. Some 8,536 passengers will arrive on three ships (Anthem of the Seas, Veendam, Carnival Sunshine), and we have the obligation to give them the best tourist experience possible. So I’m declaring September 15 Halifax Quaint Day; everyone is to wear some combination of kilts, oilskin raincoats, and rubber boots, and behave in stereotype. Lots of fiddles, bagpipes and penny whistles would be good. Drunken antics encouraged. Got any fishing gear? Bring it on down to the boardwalk.

I wrote the above paragraph last night, unaware that Sydney is beating Halifax to the punch: 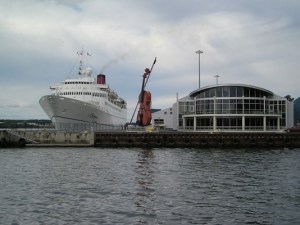 They put the Big Fiddle right next to the boat so passengers immediately know just how quaint the place is.

Florida resident Lucille Whalen arrived in Sydney as a passenger on the cruise ship Veendam not knowing what awaited her on the other side of the gangway.

Accompanied by town crier Allie MacInnis, Whalen was received as the symbolic one-millionth cruise passenger to land at the port of Sydney.

Her husband, Richard Whalen, joined her onstage as Cape Breton Regional Municipality Mayor Cecil Clarke presented the couple with several keepsakes including a pin, a book on Cape Breton, and portrait of the Big Fiddle.

That’s right: a pin, a book on Cape Breton and a portrait of the Big Fiddle. I bet that’s going right over the Whalens’ mantelpiece.

Halifax doesn’t even have an official town crier. How can you be quaint without a town crier????

Richard said he and Lucille have been here so many times he would be happy with just a walk along the boardwalk and a stroll to some of the shops in downtown Sydney.

His goal for the day was to find a chanter for his bagpipe and a pennywhistle.

But don’t laugh. These elderly Floridians wandering around the boardwalk looking for bagpipe chanters are loaded! The money just spills out their over-stuffed pockets and Sydney is going to get rich! rich! rich!

The port is expecting 55 vessels with a total passenger capacity of 87,574 by the time the cruise season ends on Oct. 26.

The port has estimated a $22 million economic impact from this year’s cruise season.

Yep, those 87,574 passengers are too cheap to tip their servers, but that’s only because they’re saving up their dough to throw it to the wind in Sydney: on average, according to the port, each passenger will spend $251 per day in Sydney — after he drops 100 bucks on a bagpipe chanter, Richard Whalen will spend $150 on booze, I guess.

How’d they come up with that $22 million figure? Science! There’s nothing self-serving about these economic impact reports, nope. Shut up, you, and do something quaint.

I’m going to take a few days off. Tomorrow’s Morning File will be guest-written by Lewis Rendell. Morning File takes Canada Day off, but my go-to guy Russell Gragg will publish a solo version of Examineradio Friday, and El Jones will write her usual Saturday Morning File. I’ll probably have another guest writer for Monday’s Morning File. I’m going to pretend that I won’t be on the internet the entire time, so don’t email me, OK? I’ll be back Tuesday.