This is the second in the “Living through the coronavirus crisis: stories from the African continent” series of personal stories from different countries in Africa, which provide some glimpses of how people are coping with the COVID-19 crisis, what measures are being taken to try to contain the spread of the coronavirus, and how those affect the most vulnerable.

This story comes from Burkina Faso, with accounts from Armand Bayala, a filmmaker who lives in Ouagadougou, capital of the West African country of Burkina Faso.

A couple of years ago, Armand and I worked together on a series of short films about the efforts of small-scale farmers in the region who are trying to reverse land degradation by reviving traditional farming practices using valuable indigenous trees in their fields and around their villages.

When the COVID-19 crisis hit Burkina Faso, it put an end to video productions about development issues, so Armand turned his attention to documenting the crisis itself on an online television service he created, called Boima TV.  (His quotes have been translated from French.)

Armand describes the situation in his country as “alarming.”

He’s not the only one.

Burkina Faso, a landlocked and semi-arid country in West Africa, has one of the most rapidly rising rates of infection in sub-Saharan Africa. The United Nations has warned that “the effect of the coronavirus pandemic on the country already suffering from poverty and attacks by armed groups could be dire.”

In the past few years, once-peaceful Burkina Faso has been plagued by violence. Armed groups have killed well over 1,000 and displaced more than 838,000. In November 2019, an ambush on five buses carrying workers from Ouagadougou to a gold mine owned by the Canadian company, Semafo, killed 39 and resulted in 60 injuries. Expatriate staff were not affected, as they are ferried to and from the mine by helicopter. A year earlier, Nova Scotian geologist Kirk Woodman was kidnapped from a gold exploration site in the troubled north of Burkina Faso, and killed.

However, Burkinabe civilians in villages are the main targets of most attacks, which number in the hundreds. The attacks are reportedly being carried out by “traffickers and armed gangs,” and there are claims that some of the armed groups are former soldiers loyal to ex-president Blaise Compaore, who ruled the country for 27 years with constant backing from western allies such as France and the US.

In 2014, at least 24 unarmed protestors were killed when Compaore authorized the use of force to try to put down a popular uprising. He then fled the country and took up exile in neighbouring Côte d’Ivoire. Confusion about the causes of and culprits behind the subsequent violence that erupted and continues in Burkina Faso have made it extremely difficult to restore peace and stability to the country.

And now, in addition to all this, the country is trying to cope with the COVID-19 pandemic. As of this writing, the Wikipedia pandemic template reports that Burkina Faso has 497 cases and 27 deaths from COVID-19.

Armand has been covering the COVID-19 story for his online media service since the first two cases were identified in Burkina Faso on March 9. The country was also the first in sub-Saharan Africa to record a COVID-19 death, when vice president of the national assembly Rose-Marie Compaore, died on March 18. The county’s minister of mines, Oumarou Idani, also tested positive after returning from the Prospectors and Developers Association of Canada (PDAC) 2020 convention in Toronto. In all, four Burkinabe government ministers have tested positive for COVID-19. 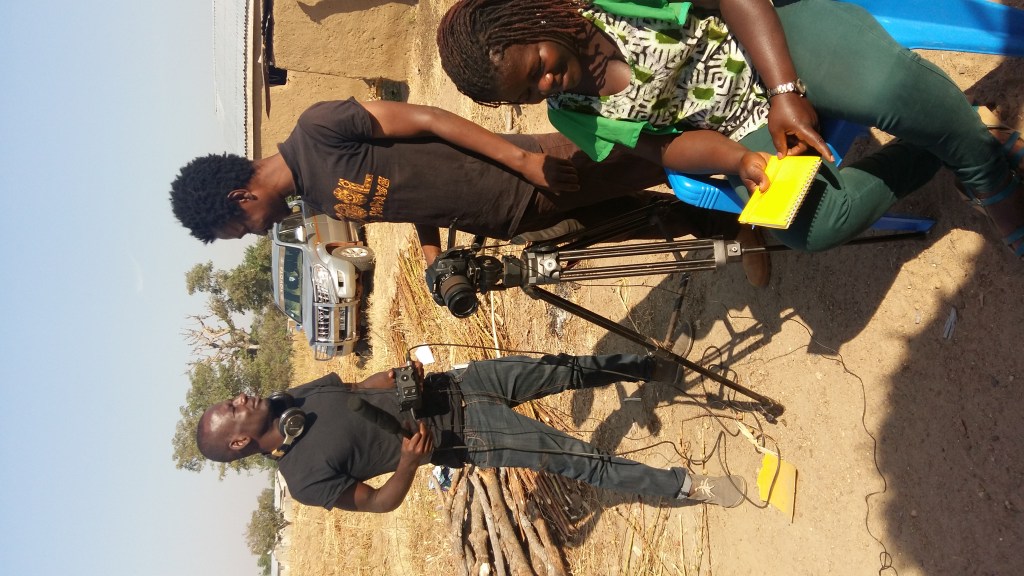 Armand tells me he has been attending the COVID-19 crisis committee press conferences, interviewed the prime minister, and protecting himself by wearing a mask and gloves and keeping away from his family, with whom he communicates by phone.

He says the country doesn’t have the infrastructure to handle the pandemic:

Today our healthcare infrastructure hardly functions. Healthcare workers are poorly equipped and protected, and we have the problem of hospitals that are also poorly equipped.

For the entire city of Ouagadougou, with a population of 2.2. million, he says there is only one centre, at the Tengandogo Hospital, for quarantining anyone ill with COVID-19.

There are plans to release 1,207 prisoners, and to set up a trial to determine if chloroquine — more commonly used as a malaria prophylaxis or treatment in the country — can be used to treat COVID-19.

The government has closed the borders of the country’s large cities. That means no one is allowed to enter or leave unless they are transporting essential goods, and there is a curfew from 7pm until 5am.

I asked Armand how people were managing. His reply:

People are very worried because they have no guarantee of adequate healthcare. And with the quarantining in the country’s large cities to prevent COVID-19, people are living in a constant state of suffering because most of them live hand-to-mouth, surviving by petty trading or subsistence farming.

Food in the large cities — vegetables, fruit, meat and fish — comes from villages around them, and with the order that places the cities into quarantine (except for the transport of goods) and from what I have seen myself, the people who normally would come from the villages to supply the city with food can no longer do so, as they don’t have access to the large trucks that transport goods. As a result, there is dramatic inflation of food prices in the cities.

The closure of shops and small markets, where the majority of poor people shop because prices are lower, is a huge catastrophe for merchants because once their stores close, they have no income, and they have to let their workers go because they can’t pay them, so people don’t have money for food.

To me one thing is very clear; here in Africa we don’t have the same realities — the ability to self-isolate and stock supplies – that one has in northern countries. And so our governments should really adapt measures for our context. They should shape measures that suit our realities here, and not just copy and paste. And we need massive testing.

Armand tells me that there is an enormous problem with water, as most people even in the capital city do not have running water in their homes and have to rely on communal faucets or water vendors.

This is the driest and hottest time of the year in Burkina Faso, with daily temperatures hovering around 40 degrees Celsius. Armand sent me an article about the disastrous situation in the neighbourhood of Taabtenga on the outskirts of Ouagadougou, the title of which translates as, “The struggle against COVID-19 in Taabtenga: ‘tell me how I am supposed to wash my hands when there isn’t even any water to drink?’” It reports that people line up for days to get 20 litres of water, and yet they are not supposed to be in a group of more than 50 people. Water has become more valuable than gold. 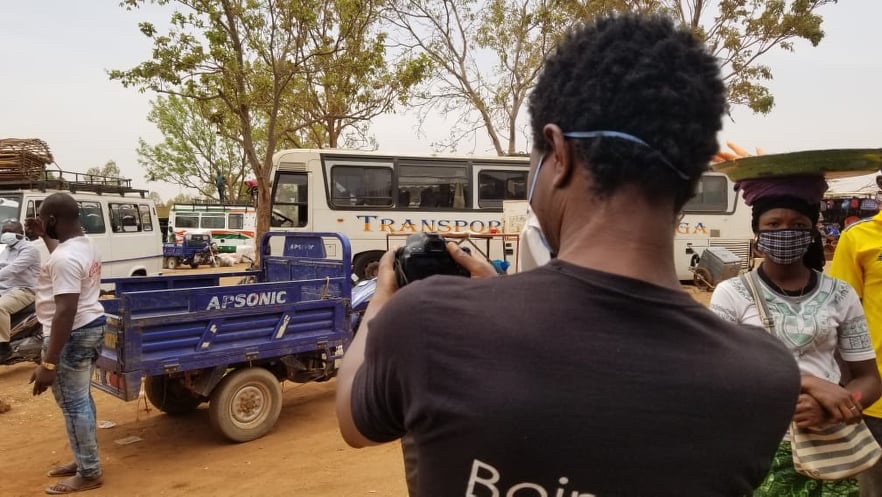 Armand recalls what one person said to him when he asked how he was managing with all the restrictive measures in the time of COVID-19:

It isn’t the coronavirus that is going to kill us. It’s hunger that will kill us if the government doesn’t do something for the most vulnerable people to help them deal with the difficult measures they have imposed.

Next in the series: (Part 3) Kenya in the time of COVID-19: with Dali Mwagore