At 2318 hours Police responded to a motor vehicle collision between a pedestrian and a vehicle. A 24-year-old male passed away on scene as a result of his injuries. A 62-year-old male was arrested at the scene and is presently in Police custody. This mater is still under investigation at this time. A media update will be provided at the conclusion of the investigation later today.

In relation to the fatal motor vehicle collision overnight, 15-180907, the driver of the motor vehicle is a 52-year-old man from Halifax not 62 as previously reported.  He was driving a truck at the time of the collision and police do not believe that alcohol was a factor in this event. The Halifax Regional Police are looking to speak with anyone who may have any knowledge of this incident and ask that they contact Halifax Regional Police at 902-490-5020.

Earlier in the day, police reported they were investigating a pedestrian was struck in October.

Halifax Regional Police is requesting the public’s assistance to identify the driver involved in a vehicle pedestrian collision that occurred in Halifax on October 28.

At 2 p.m., a 56-year-old female was in the crosswalk behind the Mumford Road bus terminal when she was hit by a vehicle. The pedestrian believes the vehicle was royal blue in color but is unsure. The driver is described as a white man in his late forties or early fifties, with some facial hair.

The driver stopped to assist the pedestrian and asked if he should call the police, but at the time the woman didn’t believe she was injured and didn’t think this was necessary; however, she realized several days later that had she sustained non-life threatening injuries as a result of the collision and reported the incident to police on November 3.

Also on Tuesday, there was a pedestrian struck on Herring Cove Road.

At 12:30 p.m., police responded to a vehicle/pedestrian collision that occurred at the 200 block of Herring Cove Road. A car travelling outbound on Herring Cove Road struck a man as he was crossing the street. The man was not in a crosswalk and was transported to hospital for treatment of non-life threatening injuries.

The 66-year-old male pedestrian was issued a summary offence ticket under Section 125(3) of the Motor Vehicle Act for moving into the path of a vehicle when impractical for the vehicle to stop. 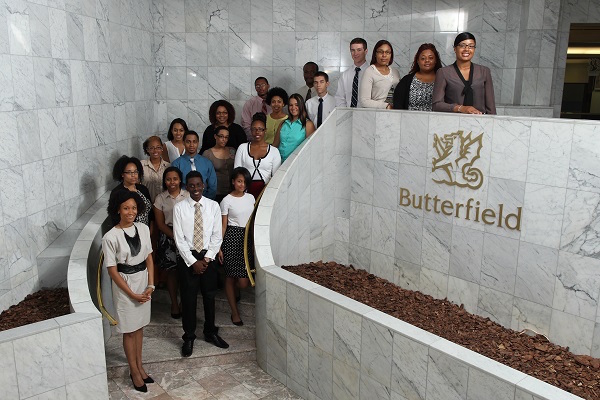 The Bank of N.T. Butterfield & Son Limited (Butterfield Bank) of Bermuda, a provider of specialized international financial services, has the potential to create up to a maximum of 50 new jobs for its shared services centre in Nova Scotia. Based on the maximum growth forecast of the six-year payroll rebate agreement, NSBI estimates Butterfield Bank would spend $10.5 million in salaries.

The new employees would pay provincial, personal income taxes of about $1.144 million. As a result, Butterfield Bank would earn up to $840,000 through the payroll rebate, over six years.

“Specialized international financial services,” eh? In the drug trade, they call that “money laundering.” Oh, to be sure, Butterfield “maintains systems and training procedures designed to prevent money laundering.” It’s not the bank’s fault that the executive chairman of the bank allegedly has a long history of money laundering. Or that a US Army major who accepted bribes from Iraqi contractors hid the bribe money in Butterfield. Or that the Institute of Chartered Accountants of England and Wales has “disciplined John Robinson, the head of Butterfield Bank, for ‘failing to prevent the issuing of misleading accounts for the trust.'”

Honestly, I really do think the bank has taken steps to crack down on money laundering, in part in response to US regulators insisting on ever-more stringent rules.

But then there’s tax avoidance. Butterfield is #10 on the list of 50 offshore banks where American residents stash their cash in avoidance of US law.

The McNeil government is extending payroll rebates first offered by previous NDP government. Those payroll rebates were initiated by then-NSBI president Stephen Lund, who before coming to work for NSBI worked at, yep, Butterfield Bank. At the helm of NSBI, he oversaw the extension of $9.1 million in payroll rebates for Butterfield Bank to expand in Halifax, but somehow neglected to mention he once worked for the bank. Lund left NSBI in August 2013, heading back to his old stomping grounds and took charge of the Bermuda Business Development Agency. But he abruptly left that job in April 2014 for unspecified personal reasons, and headed back to Nova Scotia. Lund was then hired Vice President of the Halifax Shipyard, but has since been hired as CEO of Opportunities New Brunswick, that province’s counterpart to NSBI.

As for Butterfield, the bank is successful in part by keeping wages low. As the Tax Justice Network reports:

And now for an everyday story about the power of financial services in small islands.

Ernst and Young, KPMG, Maples FS and Butterfield Bank have applied for an injunction to prevent the Cayman Compass newspaper and a local blog from reporting the wages of foreign workers in the Cayman Islands.

The news organisations obtained anonymised data on the pay and job positions of foreign workers from work permit applications though a Freedom of Information request to the immigration department.

The issue is important in a jurisdiction where there are stark differences in wealth between low paid locals and the vast amounts paid to people, often from abroad, who work in the island’s tax haven industry.

In fact, recently it was estimated that if the Cayman Islands brought in a minimum wage it might affect one third of workers.

The finance sector companies who are bringing the challenge against the decision to release the data fear that it might lead to individuals becoming identified. This, they argue, is a breach of privacy.

Another example of how the powerful are increasingly using privacy laws to prevent public interest information coming to light. This is a worrying trend and a case to watch.

The payroll rebates to Butterfield are a piece of the whole: cut worker salaries, cut taxes on the rich, and cater to same.

3. Bullshitter of the Day: Stephen McNeil

McNeil knows damn well that a two-year wage freeze followed by annual increases of one per cent and 1.5 per cent isn’t a “raise.” On the contrary, with inflation running at one to two percent each year, the premier’s wage legislation amounts to an effective wage cut.

And there’s not a single public employee in the realm who doesn’t know this. For him to say “many” have told him otherwise is bald face lie — utter bullshit. 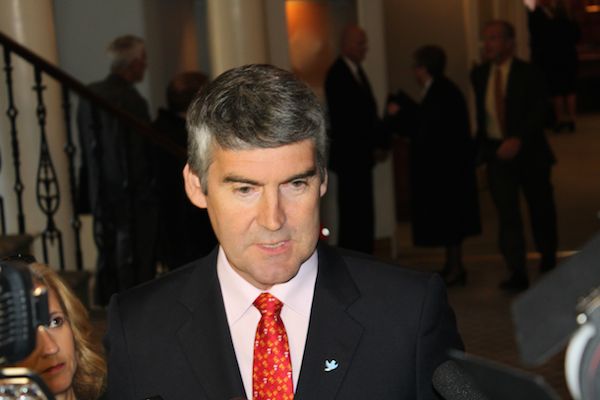 “As of today, no universities in Atlantic Canada will be receiving any more Saudi students,” said David Wheeler, president of Cape Breton University.

“Our understanding was that this was a policy decision taken in the Kingdom of Saudi Arabia itself. There’s speculation on what’s driving that decision-making, but that’s a matter for the Saudis and we respect their decision.”

According to the Association of Atlantic Universities, 1,167 Saudi students now attend Nova Scotia universities. They represent the second-largest number of foreign students in the province, behind only Chinese.

I’m not seeing news reports that the King Abdullah Scholarship Program has pulled scholarship money from any other region of North America, so this looks like a bureaucratic feud of some sort. 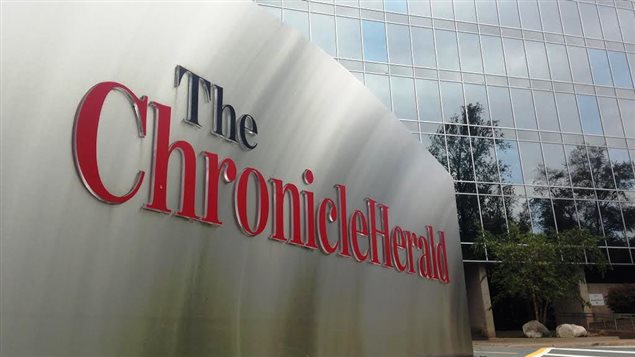 Graham Steele says he’s fed up with the Chronicle Herald:

Chronicle Herald, I am so (almost) done with you.

Here’s the problem: Previous rounds of layoffs and buyouts and downsizings mean that there’s a serious question whether you can still be considered a serious newspaper. You’re missing stuff. Your coverage isn’t always as deep as it could be.

And now I read that you’re downsizing again; threatening to cut wages, pensions and benefits again; mixing news content and advertising content even more than you’re doing already. You’re already the thickness of an onion-skin away from tipping over into irrelevance. How can more downsizing be the answer?

So what’s keeping me? One slender thread. If I cancel my subscription now, that will only hurt the unionized employees who are trying to hang on to decent jobs with decent pay, pension and benefits. They’re not trying to get rich; they just don’t want to go backwards. More than anything, they’re professionals, and they want to be proud of the newspaper they’re putting out on the street and/or into our tablets.

(For those of my readers who are inclined to shout an in-your-face “But you did it too!”: no, I didn’t. Not even remotely close. So don’t even.)

If you lock out your employees over this contract dispute, then I’m done with you, Chronicle Herald. I will cancel my subscription that day.

And if I cancel my subscription, I’m not coming back. Promise. 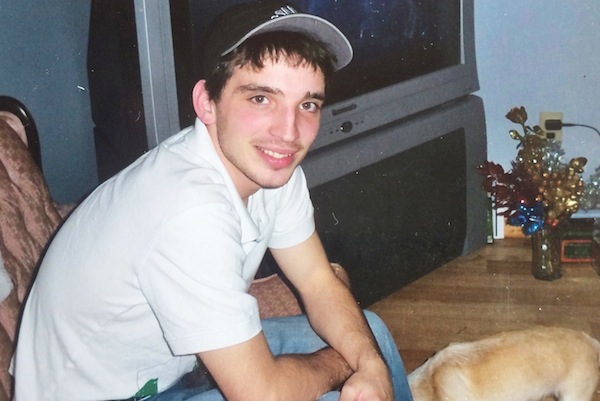 Nova Scotia’s antiquated Incompetent Persons Act is itself a piece of incompetent law.

It is grossly unfair, oppressive and limiting in its treatment of persons with intellectual disabilities.

Its disregard for basic rights would not survive a constitutional challenge. Its approach to guardianship is one of locking people up rather than providing community support. It has a lot to say about ensuring money, if they have any, is well managed. It says nothing about helping them live as freely, independently and fully as possible.

The provincial government should repeal and replace this terrible law as a matter of urgency.

On December 23, 1889, the Nova Scotia Central Railway opened its line between Middleton in the Annapolis Valley and Lunenburg, via Bridgewater. In 1893, the railway had these stations operating on the line (source): 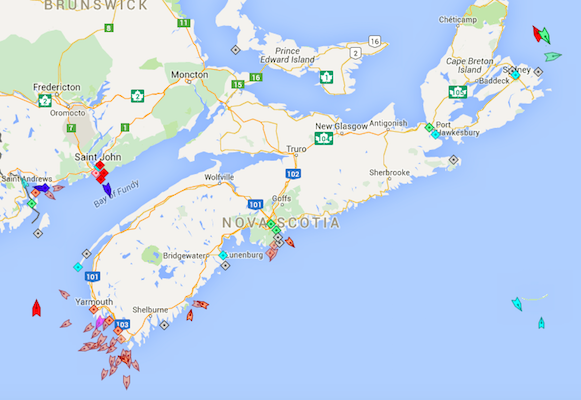 People on the internet are the worst.