“Hundreds of thousands of litres of milk have been disposed of since December, trucked to a methane digester in the province to be turned into electricity,” reports Frances Willick in the Local Xpress; Willick goes on to explain how milk is produced and what happens to the various milk products:

When raw milk is processed, the cream is removed to make higher-fat products and what remains is skim milk. But while demand for higher-fat dairy products in Nova Scotia has boomed in the last two or so years, the market for skim milk remains flat.

For years in Canada, any extra skim milk is turned into skim milk powder that’s used in cookies and cakes. Any surplus powder is sold for use in dog food, cat food and calf milk replacement products.

Recently, the processors that convert skim milk into powder have reached capacity, so dairies are left with a glut of fluid skim milk.

4. Bullshitter of the Day: Alex Liot 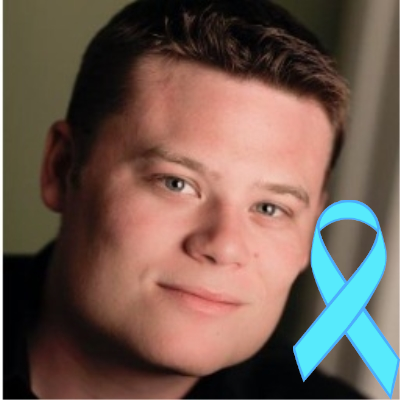 Alex Liot, who is the VP for Media Sales at the Chronicle Herald, lays it on thick in a letter to advertisers:

Over the past several weeks I’ve had valuable conversations with many of you about the current labour situation at The Chronicle Herald and about the broader future of the newspaper industry as a whole. Your feedback and perspectives on this have been refreshingly candid.

Many of you have articulated a genuine appreciation for The Chronicle Herald itself, noting the significance of our heritage and general importance to the fabric of Nova Scotia.

In equal measure, your belief in our product and the important role it plays in connecting you to the audiences you care about is inspiring to all of us. We hear you say: “My ads bring me customers and I don’t want to lose that.” We’re tremendously appreciative of this.

In nearly all of these conversations, one question inevitably comes to the forefront: can newspaper advertising continue to yield a strong return amidst challenging conditions? Given worldwide trends and the labour situation at our own publication, this is an understandable and valid concern. I offer the following insights to help you formulate your own perspective on this topic:

• Fortunately, there has been no disruption to our readership from the strike. Production and delivery continue on time, circulation remains stable and a very hard working group of writers fill the pages with quality content everyday.

• The truth, in fact, is that we have received a substantial number of compliments on both the quality and content of the paper…

Yep, the strike versions of the Chronicle Herald can hold their own against My Pet Goat and the Oxford Junior High student paper, and don’t let anyone tell you otherwise.

• In 2016, we reach more people than we did a month ago, a year ago, a decade ago. Yes, traditional newspaper audiences are gradually declining, but our reach is increasing. We now connect with 100,000+ digital readers daily, 300,000+ homes with a community weekly newspaper, 125,000+ followers on social media and a dozen other channels. This gives our advertisers even more access to the audiences they want to connect with.

• According to a Canadian Newspaper Association report, in 2015 Herrald advertising increased by 2.1% . To put this into perspective, the Canadian average declined by 4.1% last year. This tells us that our products are still the most valuable way for advertisers to reach their audiences.

So wait a minute… advertising is increasing? Then what’s this “we gotta pay our employees less” thing all about?

But note that Liot doesn’t say advertising revenue increased, merely that advertising increased, which is exactly what you would expect when the Herald obtained the weekly throw-away fliers in northern Nova Scotia… the paper is spewing advertising everywhere, on cell phone apps, in garbage publications, etc. Liot and his crew are basically spamming the entire province. And as revenue goes down, they’ll increase the advertising in hopes of stemming the losses. Oh joy.

We’re confident in the results we deliver and are grateful for your ongoing partnership with us. Together, with creativity and insight, we can continue to leverage our audiences for your benefit.

“Leverage our audiences” would’ve earned its own circle in hell, were Dante not so worked up about the popes.

My team and I are committed to creating great campaigns with you and stand behind the outcomes. Please feel free to reach out to continue this discussion at any time.

No, Alex, thank you. I needed this laugh.

Speaking of the Chronicle Herald, the paper is a “partner” with the Halifax Partnership for something called Game Changers, which is supposedly a way to encourage young people to stay in the province by offering them jobs that pay shit wages.

As I wrote in November:

“It’s time to make a change and help more young people call Halifax home,” says Mayor Mike Savage. “Halifax’s business community and the public sector have a shared responsibility to make sure our youth have opportunities to work, live and succeed in our city.”

The Game Changers initiative is based on the Halifax Partnership’s Youth Retention study, released in October. The Partnership found that each year on net, Nova Scotia loses 1,300 young people between the ages of 20 and 29. This out-migration of talent costs the province an estimated $1.2 billion in lifetime after-tax income and an estimated $46.4 million in net future taxes.

For the next three years through Game Changers, the Halifax Partnership will connect businesses with the resources they need to hire, create co-op positions and help new graduates build professional networks in Halifax through their Connector Program.

“This is a huge opportunity to grow our our city, our province, our economy and our reputation,” says Ron Hanlon, President and CEO of the Halifax Partnership. “Let’s not let another year pass and lose the best and brightest talent to other provinces.”

The Game Changer Action Plan will be supported by private sector sponsorship. It is a way to further engage investors in the Halifax Partnership, by attaching a specific program and set of deliverables to their support. The initiative is designed to allow for customization to meet the needs and objectives of individual sponsors.

The Chronicle Herald is cynically using the Game Changer sponsorship to suggest that it is working to improve the Halifax employment scene at the exact moment it is trying to cut workers and their pay.

The Game Changers campaign has a “Pitch It” event next Tuesday at the Marriott, in which prospective employees will bow and scrape and otherwise humiliate themselves in hopes of getting a job working for union-busting, wage-slashing, job-killing companies like the Chronicle Herald.

I don’t know, but I suspect there may be a union presence at the Marriott that day.

Stephen Archibald had some time to kill the other day so went and checked out the new skating pavilion on the Common. “It must have been a challenge to design a structure for the Commons that was interesting without being too interesting,” he writes. “The Pavillion’s asymmetry, wood ceiling, and retro vibe are of this moment. This got me thinking about some of the other buildings associated with our parks that speak of the times they were constructed.”

Then Archibald surveys four historic park buildings in the area: the Fairbanks Centre in Shubie Park, the Gardener’s Lodge and Horticultural Hall in the Public Gardens, and the Superintendent’s Lodge at Point Pleasant Park.

This is a smartly written essay. For example, here’s Archibald on the Fairbanks Centre:

I couldn’t find the architect or building date but do remember that it felt smart and contemporary when it was built (about 1990?). Many post-modern style buildings are looking silly now (they need to age a little longer) but I think the Fairbanks Centre is holding up quite well.

From some angles it feels Italian, in a nice way. 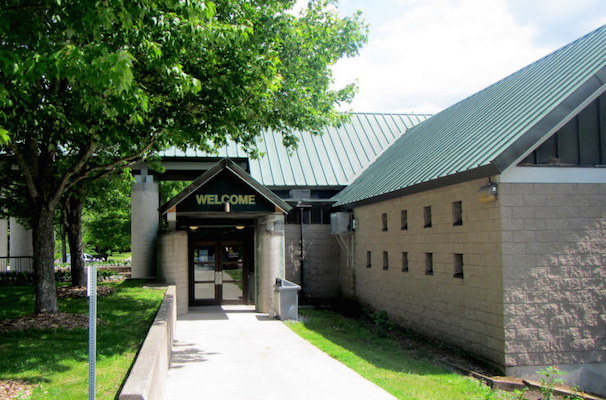 The backside of the building is a cautionary tale of what can happen when, over time, new enthusiasms trump design control. 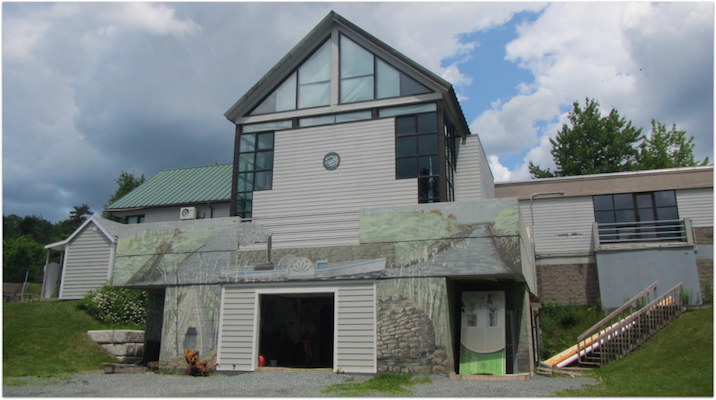 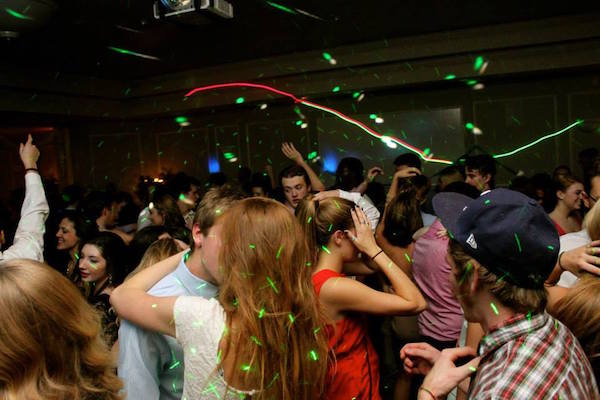 Julia O’Hanley, a political science student at St. Francis Xavier University — which we’re told is the #1 party school in Canada — reprints her weekend drinking diary for Maclean’s Magazine. I don’t know if this is supposed to be a cautionary tale or what, but if this is what constitutes a “wild weekend” nowadays, the kids aren’t drinking enough. We’re going to end up with an entire generation of church mice.

“If I could ban the word ‘flip-flop’ from the political lexicon, I would,” writes Graham Steele, who says the government’s reversal on the proposed Pharmacare changes was the right thing to do:

It doesn’t serve anybody if politicians stick to a bad policy for fear of being accused of a flip-flop, but it happens.

I said I’d give the McNeil government four stars out of five for the way they handled the seniors’ pharmacare retreat.

They lose one star for insisting there’s no way they could have foreseen the practical impacts of the new policy.

Of course they could have anticipated the impacts. Somebody didn’t do their homework and I understand there’s an internal battle right now over who exactly that was. Scapegoats have been lined up.

Economic Development (9am, One Government Place) — Tony Goode will be questioned about Oceans Technology.

Why Sustainability needs Spirituality (7pm, Ondaatje Auditorium, McCain Building) — David Deane, from the Atlantic School of Theology, wants to insert a little woo-woo into the saving the planet thing. 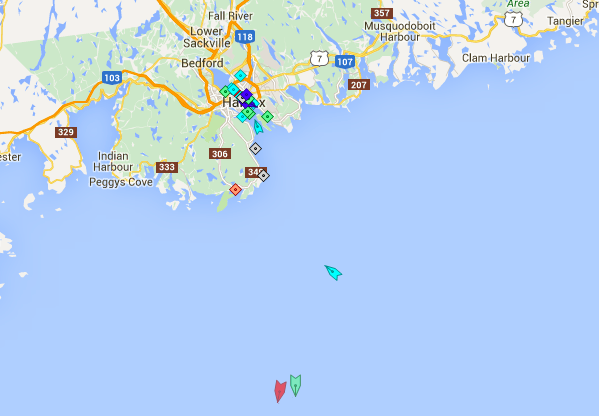